Jimoto Ya: Be Whisked Away To Food Heaven With This Whisky-Infused Ebi Ramen At Pickering Street 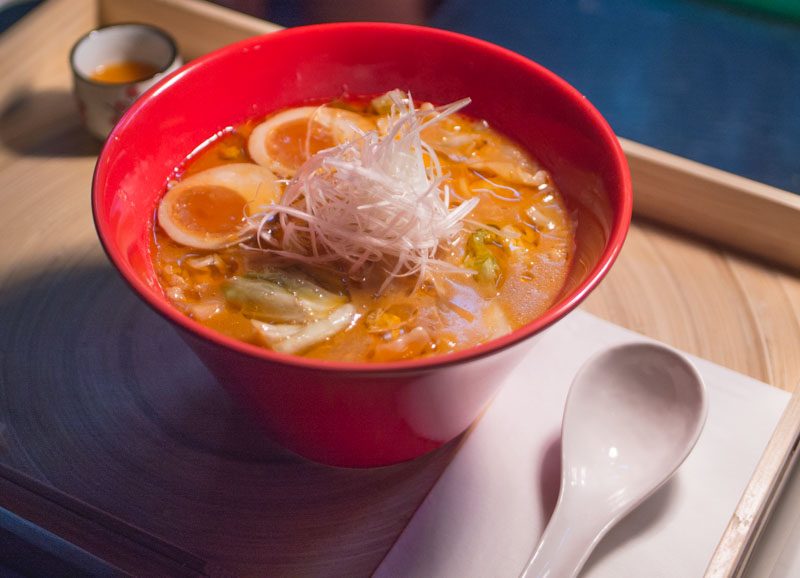 You can’t name me a better duo than this: ramen and whisky, and I don’t mean this separately. I don’t mean having them separately too. Ramen joint, Jimoto Ya along Pickering Street, now serves up the Saucy x Jimoto Ya Yamazaki Ebi Miso Ramen ($28), a bowl of ramen with 20ml of premium Japanese single malt whisky in the soup. 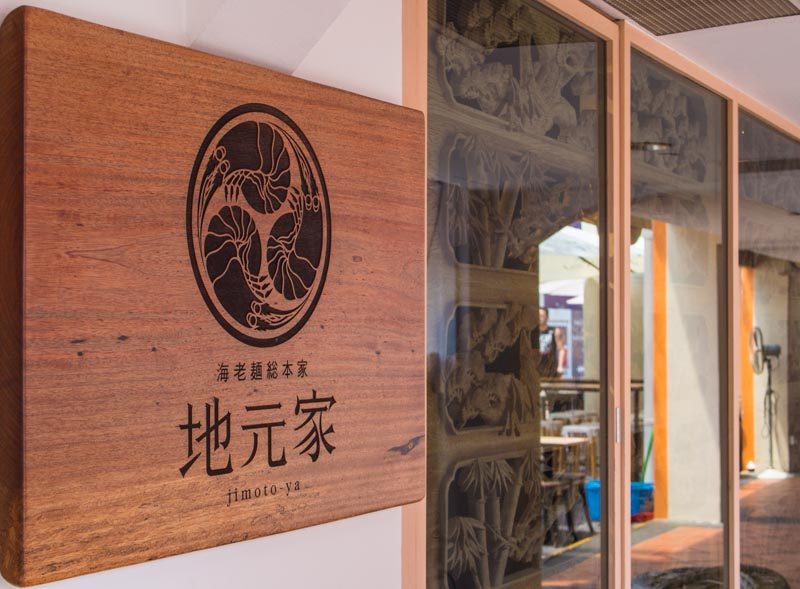 Since March this year, Jimoto Ya has been attracting a following with its signature Ebi Ramen ($17). The original soup’s recipe was meticulously crafted using shrimp heads instead of the usual chicken or pork broth. It was the creation of Nobumasa Mieda, chef of Michelin-starred restaurant, MIEDA in Hokkaido.

But thanks to a stroke of genius following a collaboration with Saucy (an online platform that creates new food experiences for restaurants), we now have this peculiar yet enticing concept that will have you saying “itadakimasu“and “kanpai” at the same time. 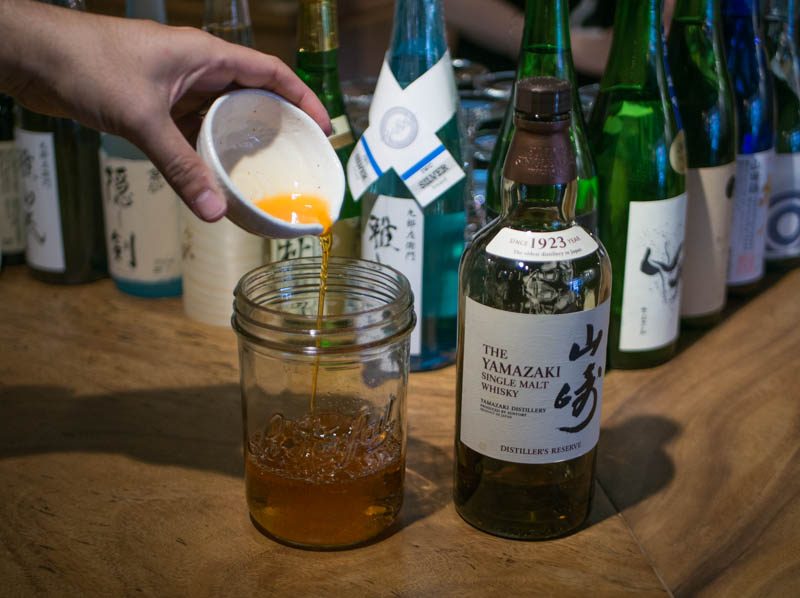 But did you think that it was just going to be pure whisky? Fear not. The alcohol is fat-washed with pure ebi oil and left in the freezer for a day. As a result, the shot of whisky used is thicker and sweeter. 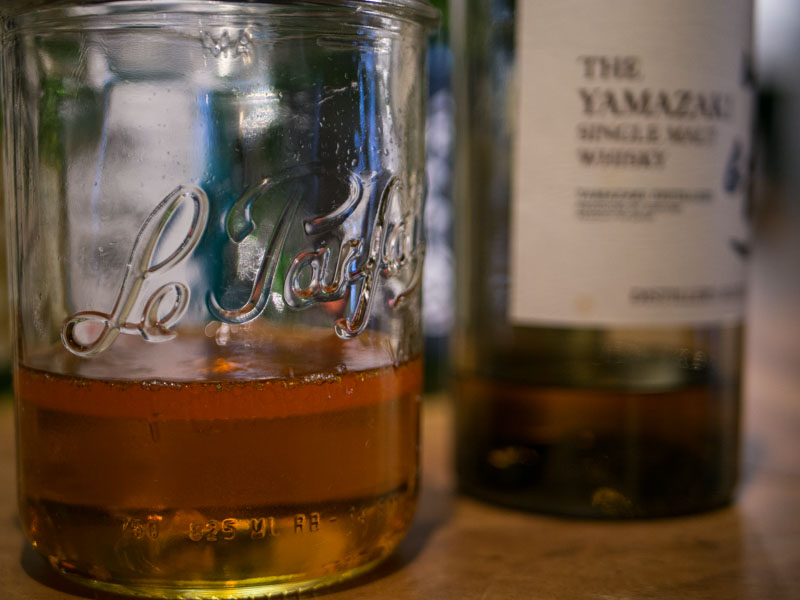 The folks from Saucy told us that it this was an experiment of over three months, as they explored with different types of Bourbon and Scotch, before they settled on the Yamazaki. When you do try their bowl of ramen, try the soup without the whisky first. You’ll taste the mildly sweet flavour of the prawns. Add in the shot afterwards, and notice how different it tastes. Now, I could really taste the sweetness with a subtly smoky tinge of whisky.

The exquisite bowl of ramen is served with minced chicken and pork, ditching the usual cha shu slices you’d expect from a tonkotsu ramen. These generous chunks of minced meat worked extremely well with the broth, adding extra texture and taste while doing away with the tediousness of eating massive slices of cha shu. 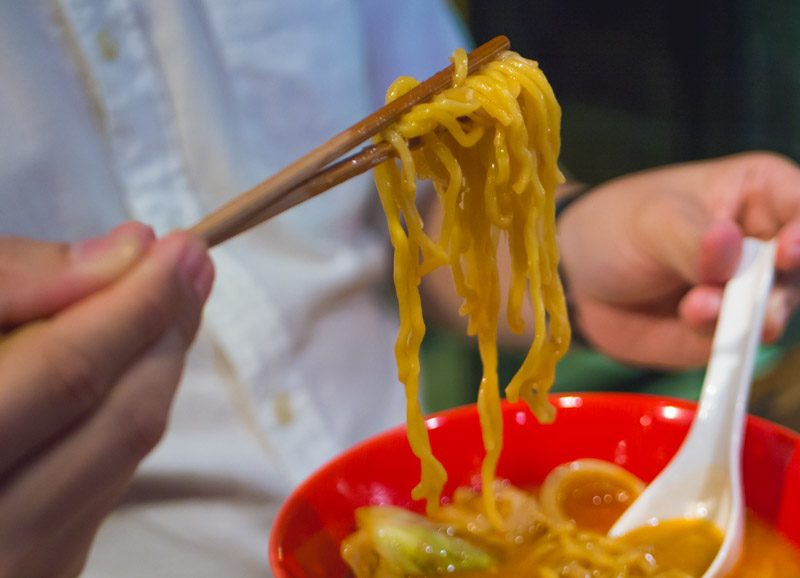 The noodles were springy and firm, just to my liking. While not soggy, the noodles still managed to absorb the mild taste of the whisky; slurp the noodles if you want to know what I mean! 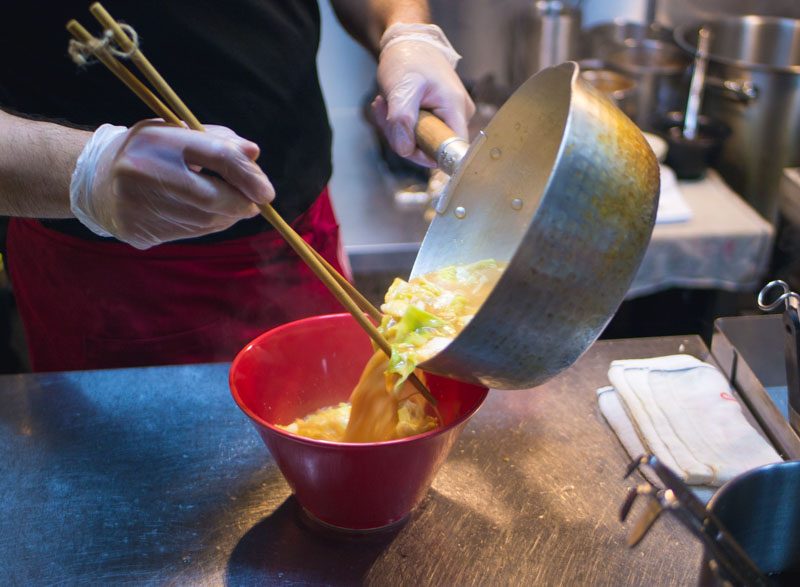 All this is topped off with some crunchy cabbage, shredded radish, and soft-boiled ramen egg — expect a mouthful of bursting flavours and contrasting textures.

Besides the star attraction that is unmistakably the bowl of ramen, Jimoto Ya also serves a couple of other key dishes that we couldn’t resist trying. First up was the succulent Chicken Karaage ($7.50), an izakaya staple. Served in a set of three pieces, the chicken was so juicy that it spurted as I bit into it. That said, it actually wasn’t really greasy for something that is deep-fried. This is because the Jimoto Ya uses a frying technique that reduces the amount of oil that settles inside the meat. You won’t feel gross munching on these, believe it or not. 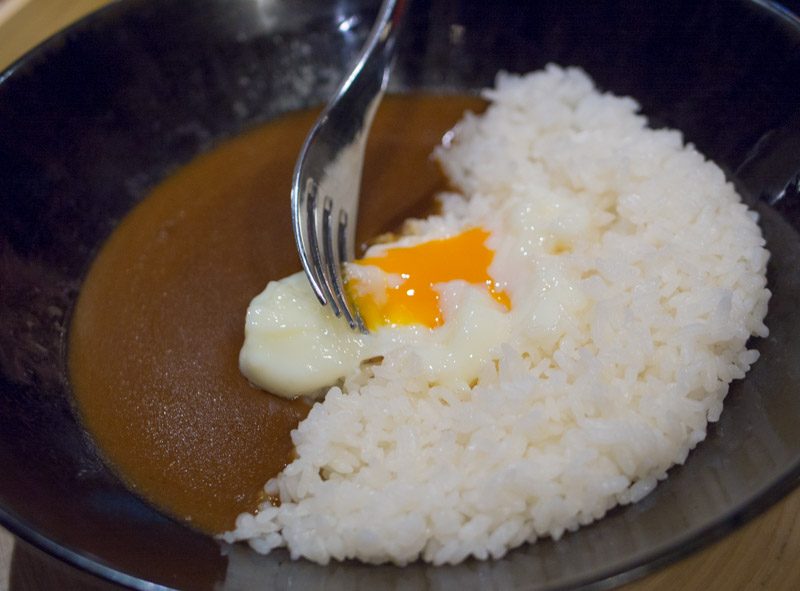 We also had a taste of their Ebi Curry Rice ($16), another dish that’s blessed with the aromatic ebi oil. The curry here isn’t too watery, and it packs a lot of taste on its own even without diced potatoes and carrots. But when enhanced with the ebi oil, the curry is undeniably elevated with a rich, slightly-salty flavour.

The rice usually comes with chicken karaage, although mine didn’t because it was a special request. So for $16, you get the curry rice with meat. Mix it all up with an onsen egg, and you have yourself a satisfying meal. Now let’s trace back to the whisky ramen; you’ll want to pay close attention to this. The Saucy x Jimoto Ya Yamazaki Ebi Miso Ramen is an exclusive, off-the-menu special that only runs ’til 31 December. You need to first reserve yours at Saucy’s website (link below), pay an initial price of $3 for a ticket, and settle the remaining balance at the restaurant.

Also. Jimoto Ya only serves 30 bowls of the Yamazaki Ebi Miso Ramen a day, because of the stringent process of fat-washing and freezing the whisky. Now that is exclusivity.

The ramen may be a little on the pricier side, but considering how a shot of Yamazaki can cost about $18 at bars around town, this doesn’t seem like a bad deal at all. This ramen is undoubtedly one of the most unique and fascinating foods I’ve had. So if it’s a Friday night and you’re craving for comforting ramen and some potent alcohol, why not have them both together?

Previous articleAxis Bar And Lounge: Spoil Your Senses With Mandarin Oriental’s Spa-Inspired High Tea
Next articleCha Tra Mue: Authentic Thai Milk Teas At Amoy Street That Will Keep You Coming Back For More 5 Festive Dishes That You Can Make This CNY Using Only...