KToast: Take A Bite Out Of Affordable & Authentic Korean Toast In Clementi

We’ve all heard the saying “breakfast is the most important meal of the day”, but if you’re like me, the morning is just a mad rush that leaves me with no time for toast and eggs. But this habit often leaves me in regret; I get so hungry hours before lunchtime and food is the only thing on my mind.

If this is way too familiar to some of you, KToast may just be the right breakfast fix. 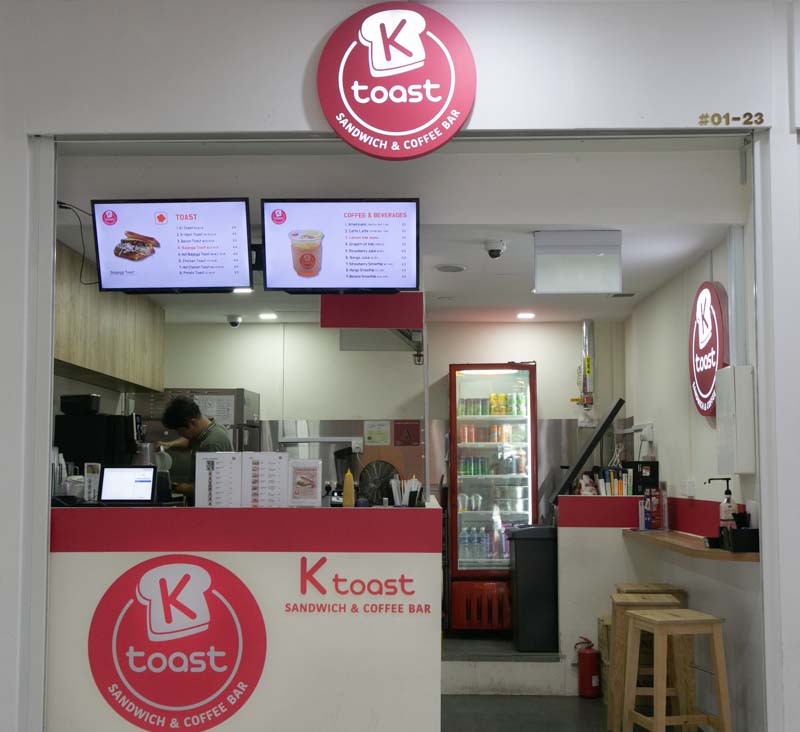 Unless you’re a Westie, you might not know of Grantral Mall where KToast is located. Unknown to most, it’s right beside its more popular neighbour, Clementi Mall. Forget what you know about Korean toast, considering how the widely-popular Isaac Toast leans towards a higher price point. 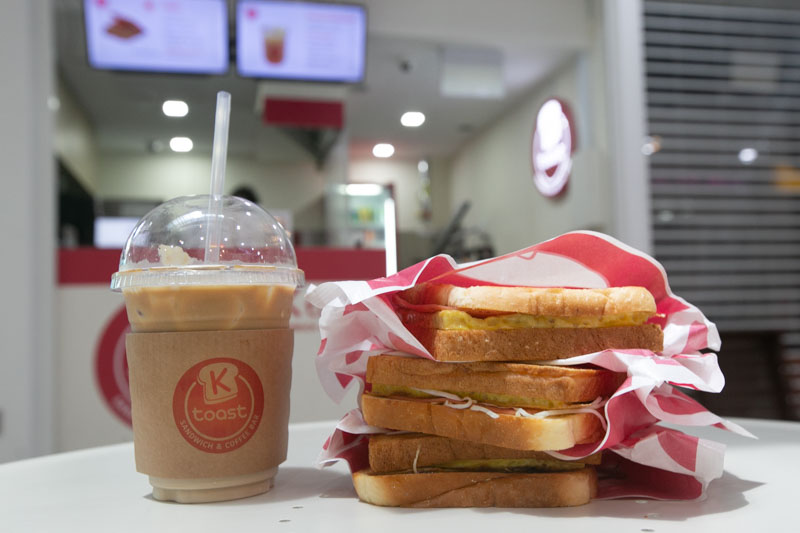 At only S$2.90, you’ll be able to get yourself a warm and hearty toast for the morning. KToast is authentically Korean, right down to the ahjussi who opened the store. 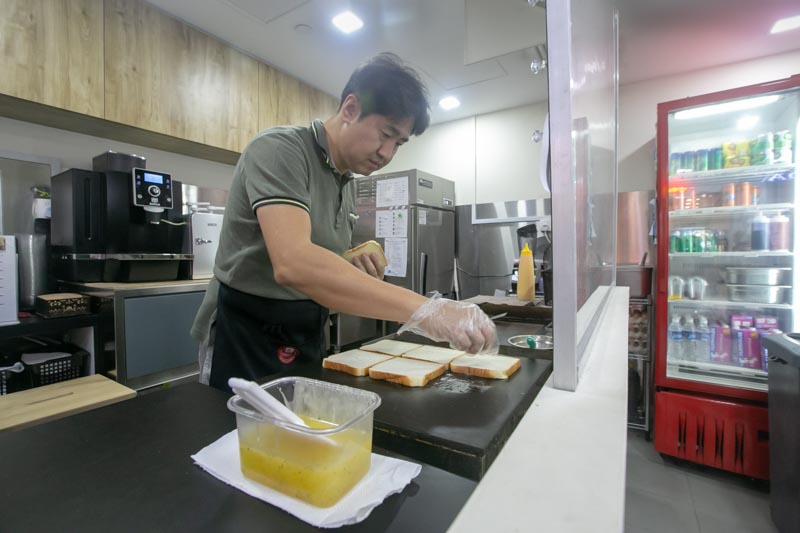 Riding on the K-Wave in Singapore, Mr Kim decided that it only made sense to open a store that provided the average busy Singaporean with an affordable and warm breakfast. Mr Kim and his wife decided to bring a part of Korean culture to Singapore, inspired by the street-peddlers of Korea who sold similar kinds of toast. 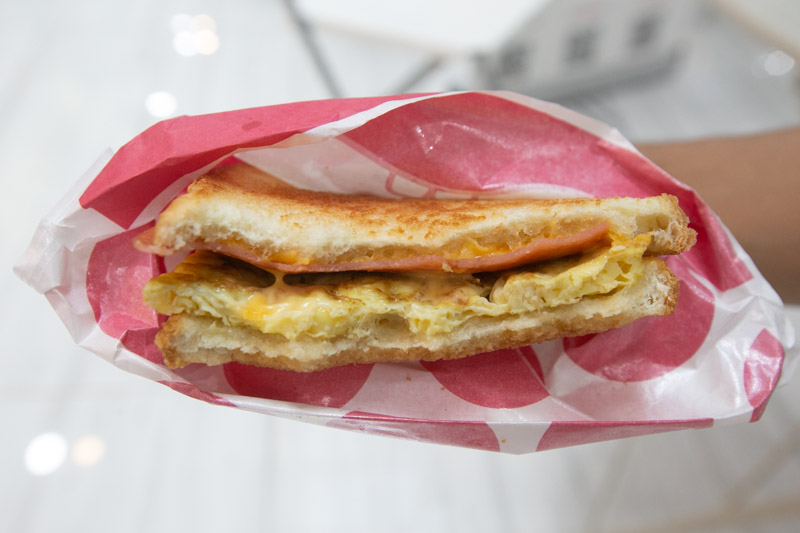 Their basic KToast (S$2.90) consisted of simple ingredients — bread, a slice of ham, cheese and egg. We were a little disappointed by the toast as it was tough to bite through, and far from the buttery, crispy crust with a soft centre dream we had hoped for.

Yet, we agreed unanimously that the toast gave off a homely feeling, likening it to a home-cooked breakfast.

That said, what sets it apart from regular home-made toast was actually the layer of sweet sauce that coated the surface of the toast. The sauce was thick and pale yellow in colour, looking very much like melted butter of a thicker consistency.

According to Mrs Kim, this sweet sauce is characteristic of Korean toast and theirs is specially-formulated with the help of a chef friend. Thinking back, perhaps the substituting of butter on regular toasts with this sauce resulted in a less crispy bread. Though the second toast we ordered was the K-Ham Toast (S$3.90), it was difficult to tell it apart from the KToast we just had. Eventually, we realised that shredded cabbage and pickles were added to the original KToast.

While both ingredients added a crunch to the sandwich, there was little difference in taste between the two. For an additional dollar, I wondered if the two extra ingredients were worth it. After all, both sandwiches contained the key ingredients of ham, cheese and eggs which made the bulk of the toast. I felt that the one constant we enjoyed across the three toasts was the thick layer of omelette. It had a firm consistency, yet not rubbery. Interestingly enough, there were also pieces of corn kernels in the egg mix, which really stood out from regular egg omelettes. 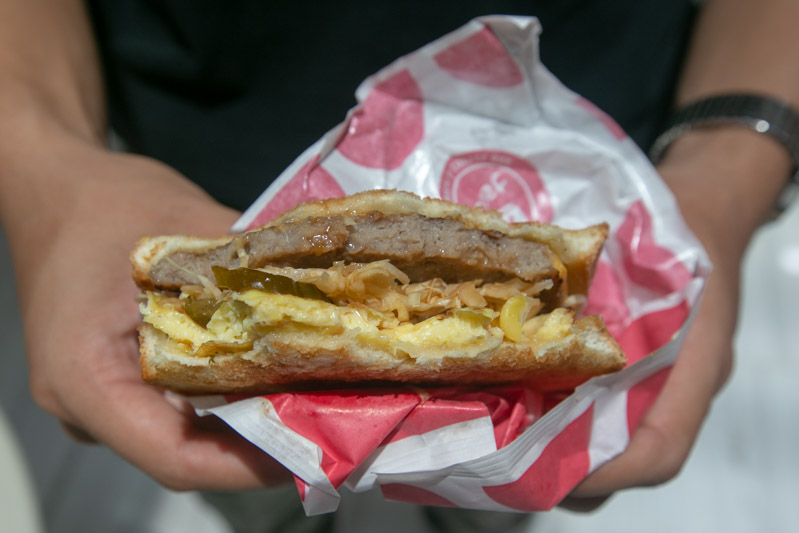 Bulgogi translates literally to ‘fire meat’, but KToast has kindly catered to the tastebuds of all, offering both Hot Bugoggi Toast (S$4.90) and Bugoggi Toast (S$4.90), the non-spicy version. In place of the usual thin marinated slices of meat that come to mind when you think of bulgogi was a typical slice of American beef patty wedged between the two slices of toast. 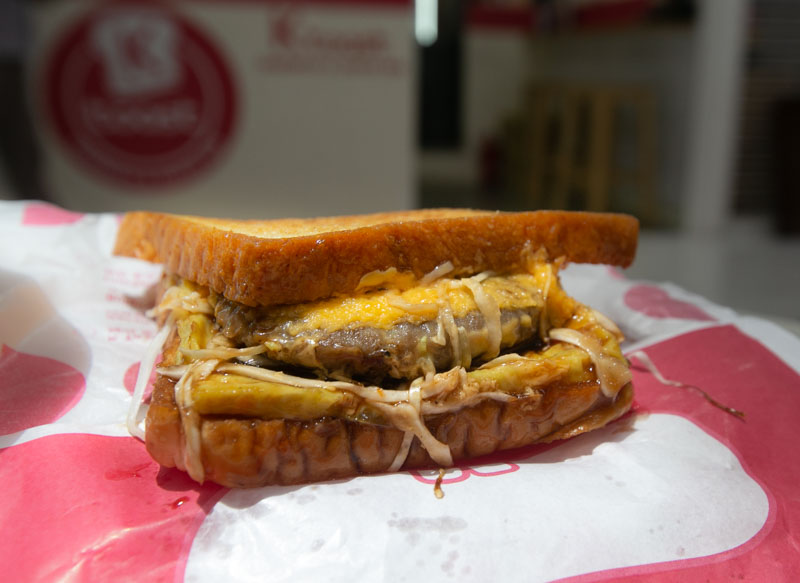 Comprising of cheese and pickles, I would liken the Bugoggi Toast to a cheeseburger in a sandwich. It was sadly drenched in sauce, which was too sweet for my liking and resulted in a very soggy toast. 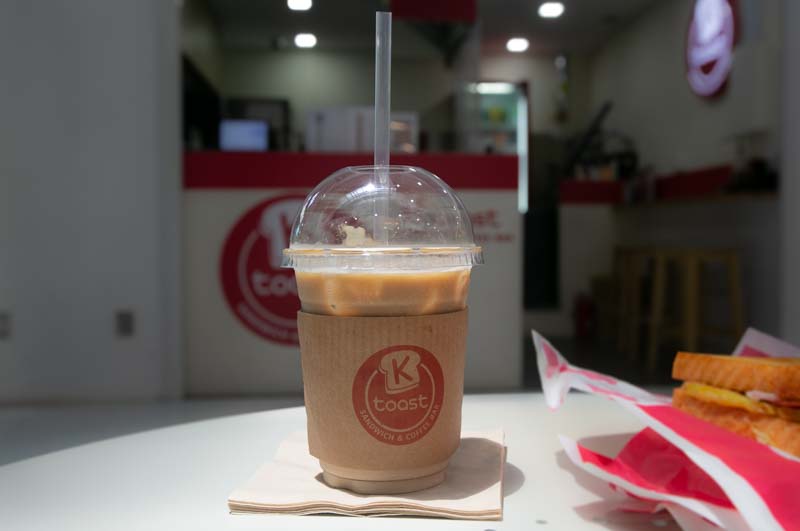 KToast also has a rather extensive list of drinks available to complement your toasty breakfast. From your usual cuppa to fruity smoothies and juice, they’re a must-have alongside the toast you order. Unlike most coffee places, I was rather surprised they don’t charge you more for the iced version.

We ordered their Ice Coffee Latte (S$3.20) and as a caffeine junkie, it definitely hit the mark of good coffee. It was very much worth the price, considering it would cost at least twice as much at your regular coffee joint. If you’re not into coffee, we’re sure the fruit beverages like their Mango Smoothie (S$4.50) and Strawberry Juice (S$5) will be refreshing options to perk you up just the same.

Essentially, I would say that Korean toast would probably be the kaya toast and eggs of Korea. KToast would definitely be the go-to alternative for breakfast if you’re too late to make your own. With a grab-and-go concept in mind, there is limited seating at their humble outlet but it is the quaintness of the place that attracts heartlanders for a wholesome breakfast.