I first stumbled across Olivia Restaurant & Lounge when a friend and I took a slow stroll along Keong Saik Road. We wanted to see what new restaurants had popped up since our last visit to the area (which seemed like eons ago). 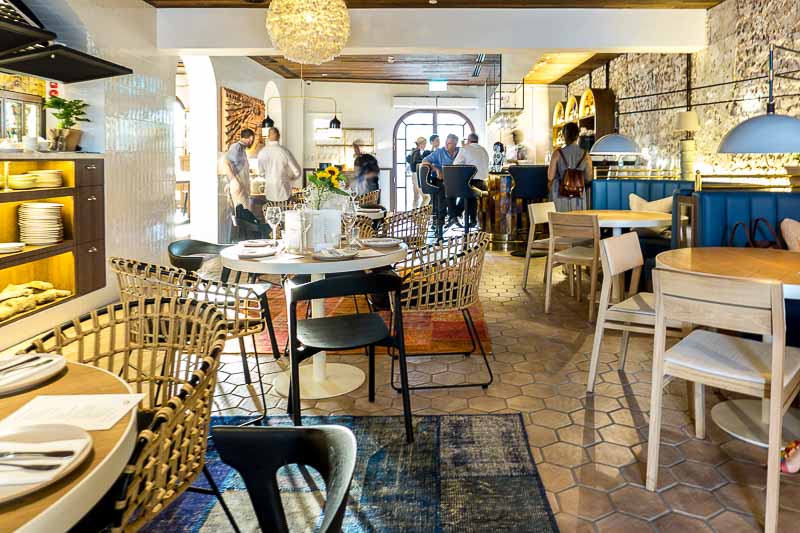 At that time, it was still in its soft launch, and several tables were occupied, but the vibe of the place was anything but dull. I loved the rustic tiling and light wooden features that span across the entire space. So when they announced their official opening, I was absolutely eager to head down for a taste of Barcelonian-inspired flavours. I was also excited because the staff is made up of the former crew from now-defunct Catalunya, while the co-owner is ex-El Bulli chef, Alain Devahive. 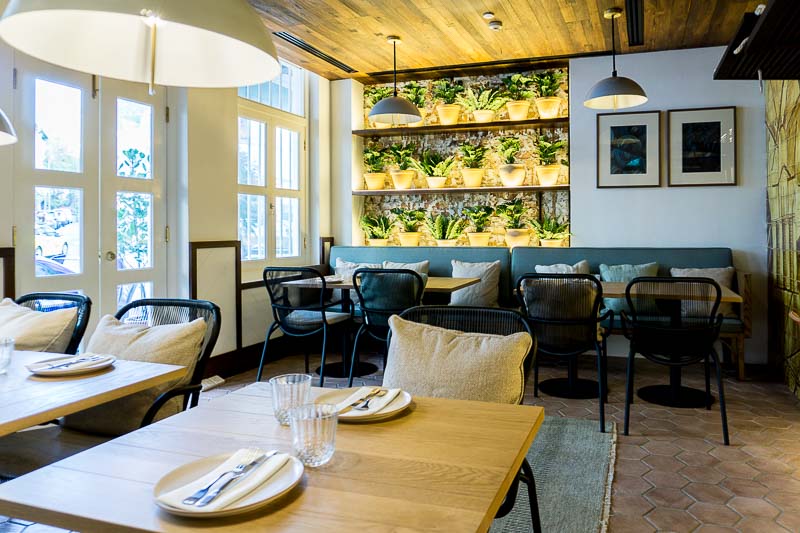 The place is even more adorable, when I found out that the restaurant is named after the chef’s daughter! They serve Dry-Aged Galician Beef (marinated for 45 days) (S$32) that’s from large old cows and which is said to be the best beef in the world. The meat flavour was really intense, more so that any other cured beef I’ve tried before. Also, the fatty edges were satisfyingly gelatinous and made chewing a single slice very gratifying.

Would I call it the best beef in the world? I wouldn’t know if I could, given I haven’t tried every single type of beef out there. But by my standards, this beef has got some bite to it! 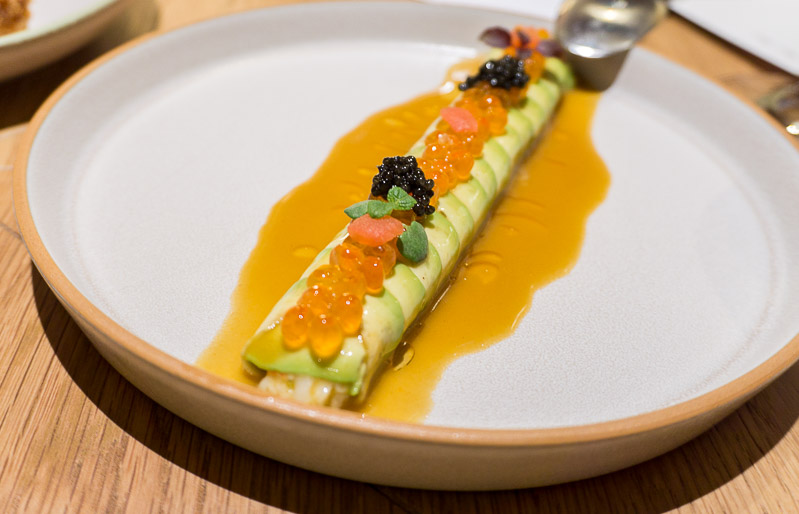 When you think of lobster and avocado, you might think of a Japanese-inspired recipe. Their Homemade “Catalunya” Lobster-Avocado Roll (S$25) isn’t exactly that, as it comes with roe and caviar. The profile was really light and made for a refreshing and bright appetiser to start the meal, so I felt a little sad to share the small portion.

Despite its simplicity, this was one of the best dishes of the evening at Olivia Restaurant & Lounge. At first glance, you might think it’s red meat, when in fact, it’s tuna cheek. That’s right, this rarely-used part of the fish is given new life with their Japanese Tuna Cheek With “Marmitako” Sauce (S$35). Marmitako loosely translates to “from the pot”, and is a Basque fish stew commonly whipped up by traditional fishermen on their boats. 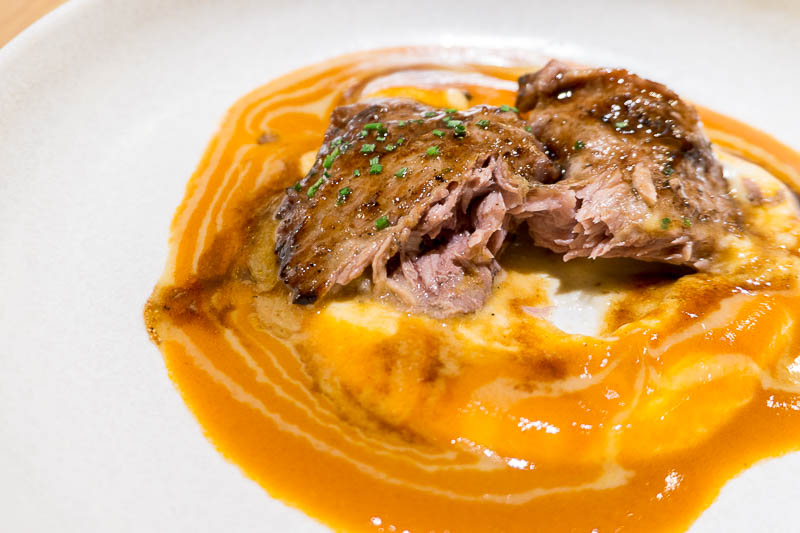 The fish was flaky and moist, with a sweet seafood taste that was made more prominent with the marmitako sauce. I don’t believe I’ve had the privilege of enjoying tuna this way before, but it was an absolute delight. This has made me re-consider going for fish’s cheeks next time I have a whole cooked fish presented to me. 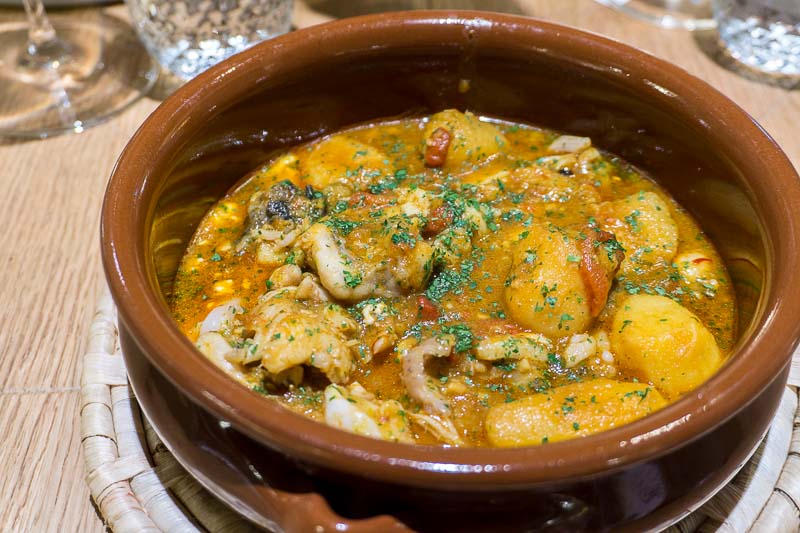 Stews are great for cooler days, and their “Ibiza” Style Fish & Seafood Stew (S$38) is no exception. It’s loaded with potatoes, the fish of the day, squid and prawns. The broth was thick enough to enjoy with a side of warm bread, which I wish I had on-hand.

The acidity of the tomatoes really balanced out the richness, which made this comforting stew incredibly enjoyable till the last spoonful. The last savoury dish we had was the Grilled “Secreto Iberico” Pork With “Padron” Peppers & “Pico de Gallo” (S$32). Grilled or roasted pork is always a win, and this one was really succulent and adequately fatty. The skin wasn’t crisp (which I assume was intentional), and the flavours were mild.

For its price point, I couldn’t justify ordering it again, especially when I just threw my cash into the tuna cheek. 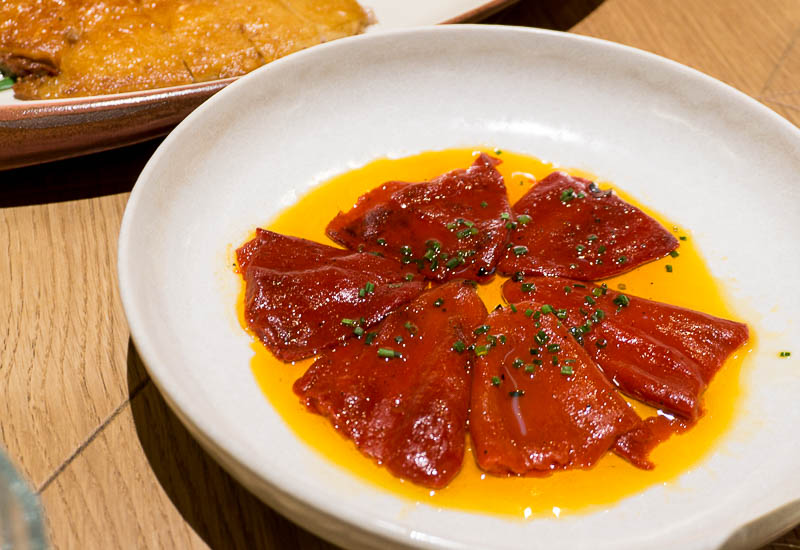 The dish was accompanied by peppers, but it did little to impress me as I prefer peppers simply grilled and seasoned lightly with salt and pepper. The highlight of the evening at Olivia Restaurant & Lounge was, without a doubt, dessert. I was seriously tempted to buy back an entire portion of this after we were done. Olivia’s Creamy Homemade Cheesecake (S$14 per slice, S$80 for a whole pie) was the stuff of dreams. 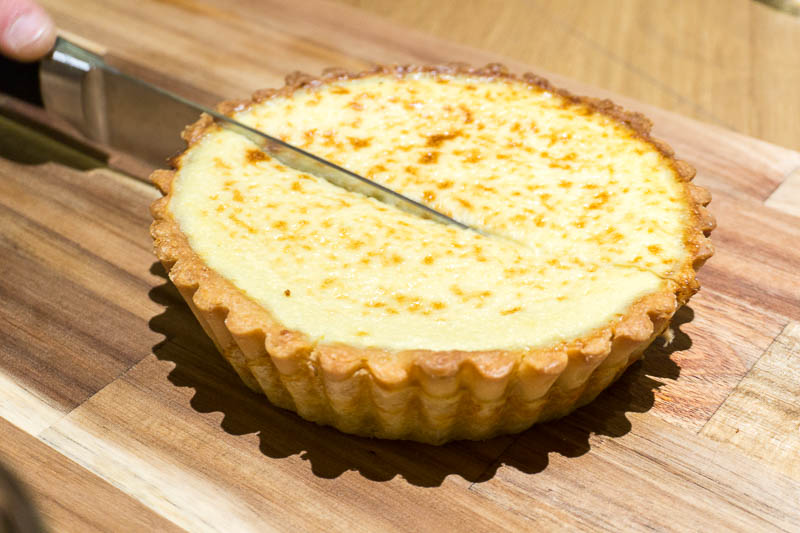 Then middle is intentionally runny and jiggly, making it flow dramatically like molten lava on to the serving board. The finishing touch was the paper-thin flakes of truffle. 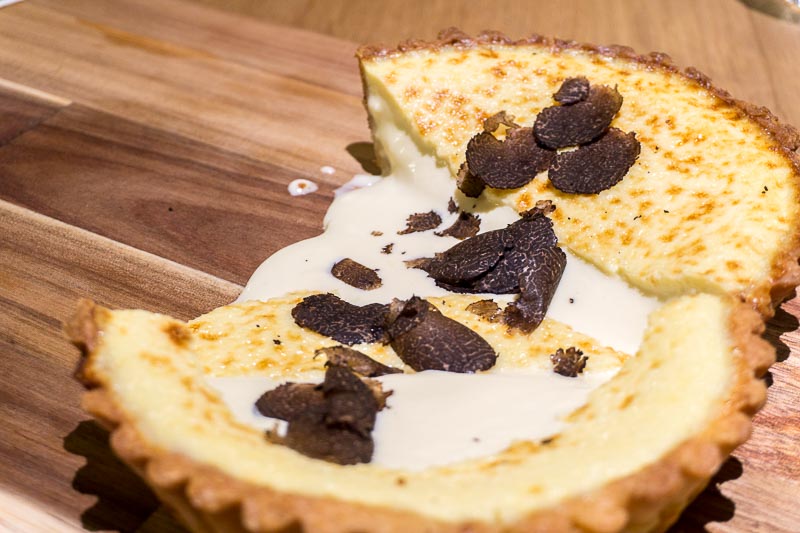 The contrast between filling and pie crust was exceptional and the creaminess of the pie was heightened when enjoyed with the truffle flakes. It may look cloying on camera, but trust me, it’s magically light, with a savoury-sweet equilibrium. Just writing about it now makes me tempted to call them up to place an order.

What stands out at Olivia Restaurant & Lounge is the novel approach to Spanish cuisine. Many places I’ve been to seem to choose to stick to menu classics like tapas and large paella servings. Here, the concept of sharing remains while the recipes take on a more worldly outlook.

I didn’t expect such refined dishes being served, and even when they were unexpected, the flavours were still mostly incredible. If you’re looking for a new take on Spanish cuisine, Olivia Restaurant & Lounge may just knock your socks off and make it to your must-eat list.