These days, everyone’s a home baker. While it’s been fun to see how creative everyone has gotten with recipes, it’s a real bummer that the baking supplies aisle in supermarkets is perpetually empty. You can probably find matcha powder or food colouring, but essentials are mostly sold out.

In fact, if you didn’t already have flour, baking powder, and baking soda in your pantry, you’d be hard-pressed to find them now. Alternative sources like Shopee may stock some of your baking essentials, but do you really want to wait for a few days when your banana bread craving is hitting hard right now?

Recipes that don’t use flour are fairly popular now as a result, like the 3-Ingredient Flourless Peanut Butter Cookies, and the 2-Ingredient Chocolate Souffle. 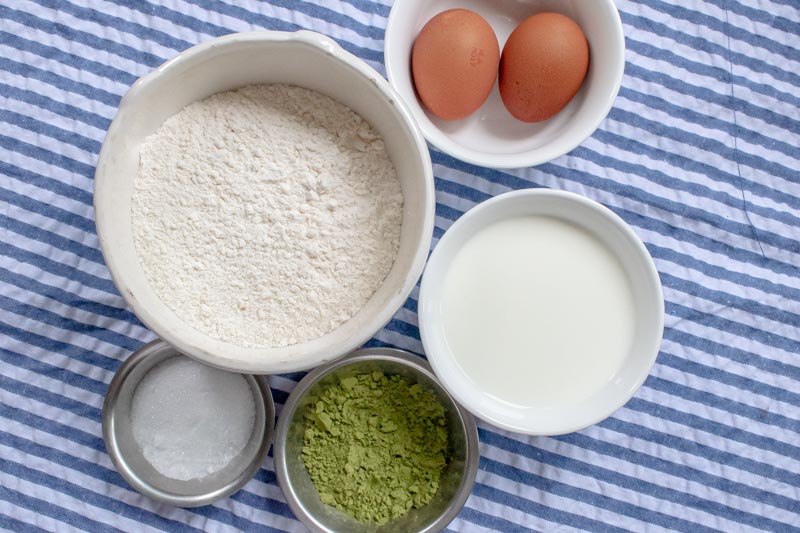 But not everyone has an oven—what do you do if you’re missing this baking tool? Find creative ways, of course. Today’s recipe uses a kitchen appliance most Asian households have, the rice cooker.

Let’s get started on the recipe for Rice Cooker Matcha Cake under 30 Mins! Step 2: Mix the powder mixture in rice cooker pot until colour of the mix looks even. At this point, the mixture smelled wonderful, like freshly brewed matcha latte.

Step 3: Separate egg yolks from egg whites. I used the eggshells to separate the yolks and whites, but you’ll have to be careful not to let any of the egg yolk drip into the bowl with the whites.

Step 4: Add milk to yolks and beat well. After trying this step, I realised it’s a little hard to beat the yolk with the milk, so I’d suggest beating the yolks first, then adding the milk in and mixing well. 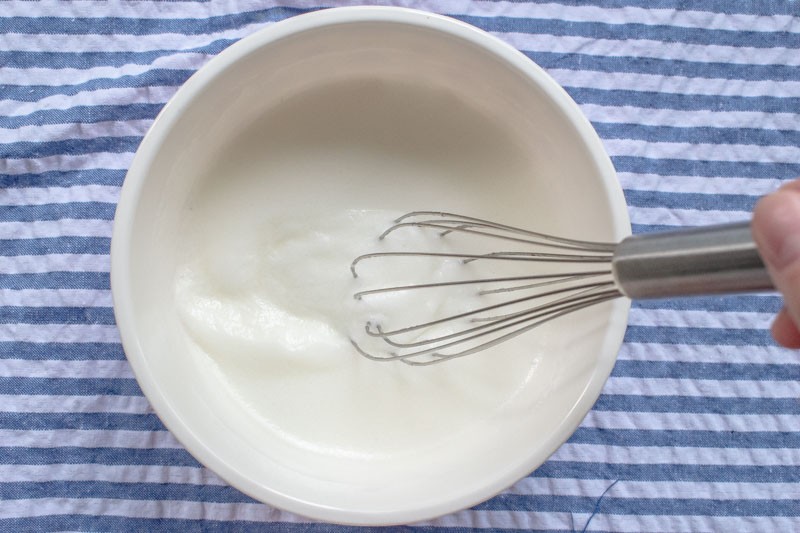 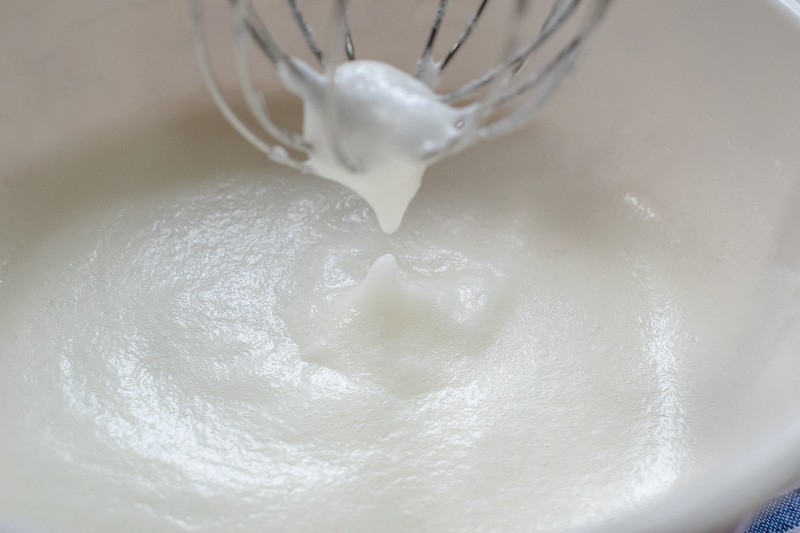 Step 5: Whisk egg whites with sugar until they form stiff peaks. I used a whisk for this, but if you have an electric hand mixer, it’ll make things go a lot quicker. 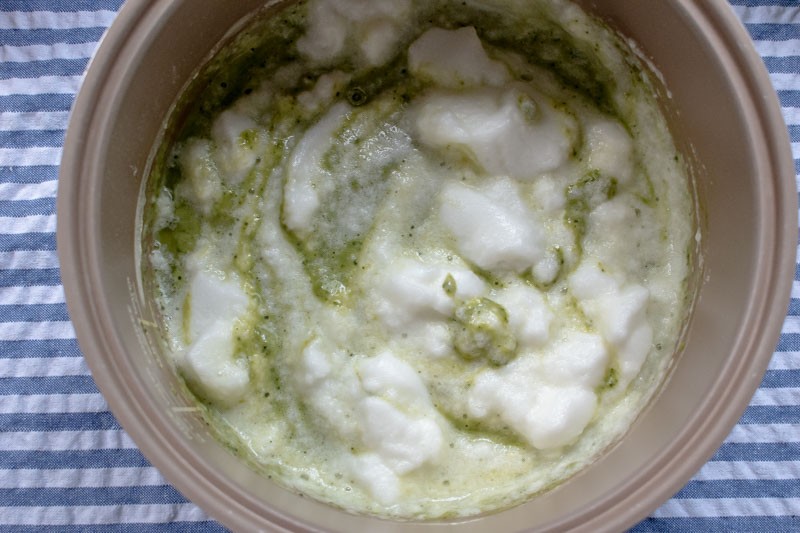 Step 6: Add the egg and milk mixture into the rice cooker pot, stirring gently as you go. Step 7: Stir until lumps of powder are gone. Step 9: Once it’s done cooking, open rice cooker and check with a toothpick test. If you stick a toothpick in and it doesn’t come out clean, put the cake back and cook it again.

Step 10: Remove rice cooker pot, and place it upside down on a plate. The cake should fall out by itself within 5 minutes. If it doesn’t fall after 5 minutes, you’ll have to remove it yourself. 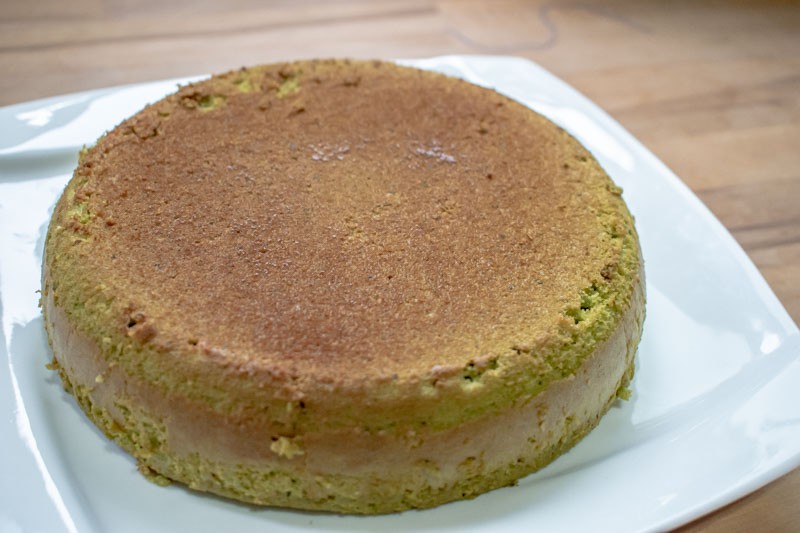 And there you have it, a matcha cake baked without an oven. It’s pretty simple as recipes go, though you’ll need to wait patiently for the rice cooker to pop out your dessert.

Unfortunately, my matcha cake didn’t fall out of the rice cooker easily as planned. After leaving it upside down on a plate for a good 15 minutes, the cake was still stuck in the rice cooker pot. I had to use a sharp knife to cut around the sides of the cake so that it would plop out. Texture-wise, I found that it was closer to Chinese steamed cake, instead of becoming fluffy and airy like chiffon cakes. This was most likely because of the rice cooker’s steaming process. Nonetheless, it’s a fairly delicious and fuss-free way to make a whole cake, without an oven. 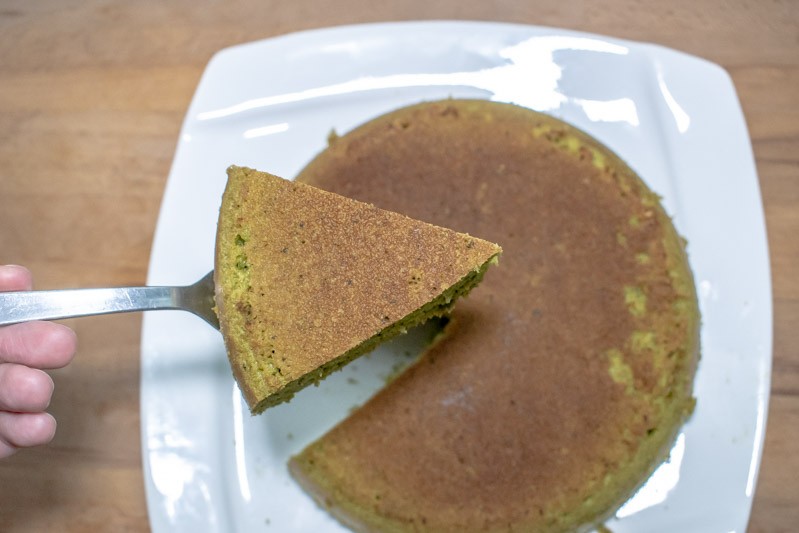 The cake wasn’t particularly sweet, since I only added 1 ½ tablespoons of sugar. If you want it to taste sweeter, feel free to add more. But I actually liked this subtle sweetness, since it’s healthier and doesn’t cover up the earthy fragrance of matcha.

If you’re stuck on ideas for Mother’s Day and or can’t get delivery, why not try this out? You can top the cake with your own buttercream or cream cheese frosting, or swap it out for healthier toppings like fruits.

Let us know how it goes, if you decide to use your rice cooker in a whole different way to bake a cake!