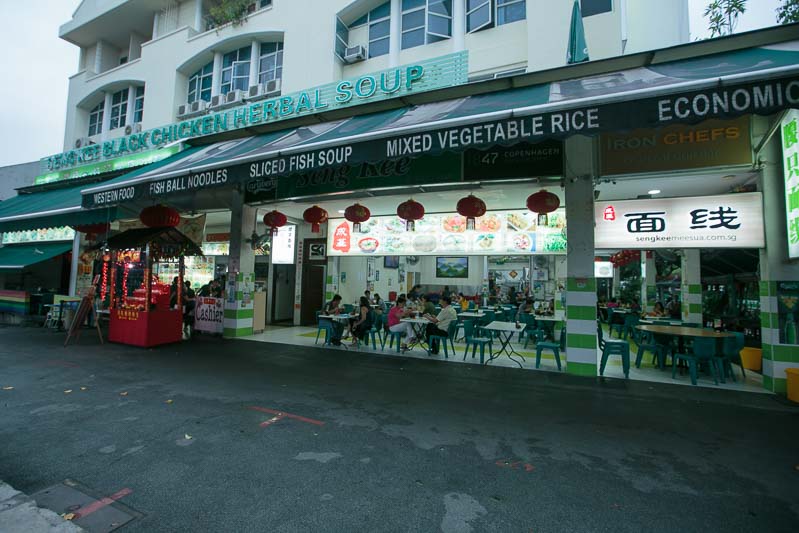 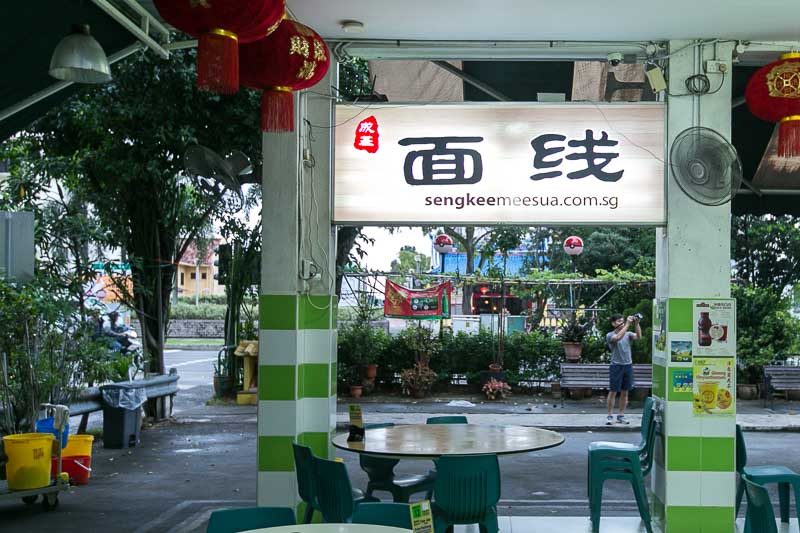 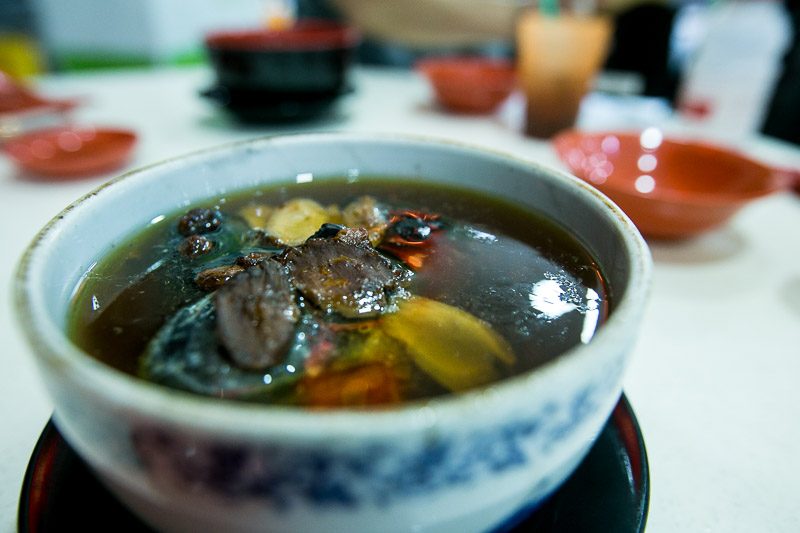 However, getting back to the unique black chicken herbal soup and its curative benefits — right off the bat we’d like to make it known that there’s no complimentary refilling of the soup. Which was a tad bit disappointing especially with other similar establishments allowing at least one refill.

The silkie chicken is a pretty (delicious) breed of poultry that are smaller than the type of chicken we’re used to. Besides the distinctive black skin, flesh and even bones, the silkie chicken is also smaller and leaner. Which is great for the health conscious looking for an alternative to suspiciously large and much fattier chickens. 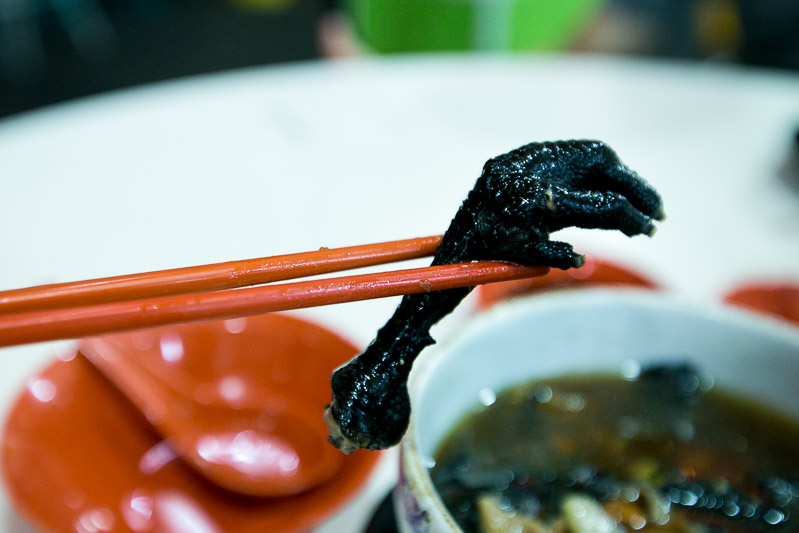 Whether or not the silkie chicken has curative properties is quite the mystery to me. However, left to boil in a pot full of wolfberries, Chinese yam (Dioscorea polystachya or huáishān) and other herbal goodies, you’ve got yourself a nourishing bowl of soup.

As expected, the chicken is fall-off-the-bone tender, the smaller less fatty silkie chicken also makes the skin and all pleasant to eat as well. If you’ve ever bit into a large chunk of soft, limp chicken fat you’ll know what I’m talking about — not a party in the mouth. 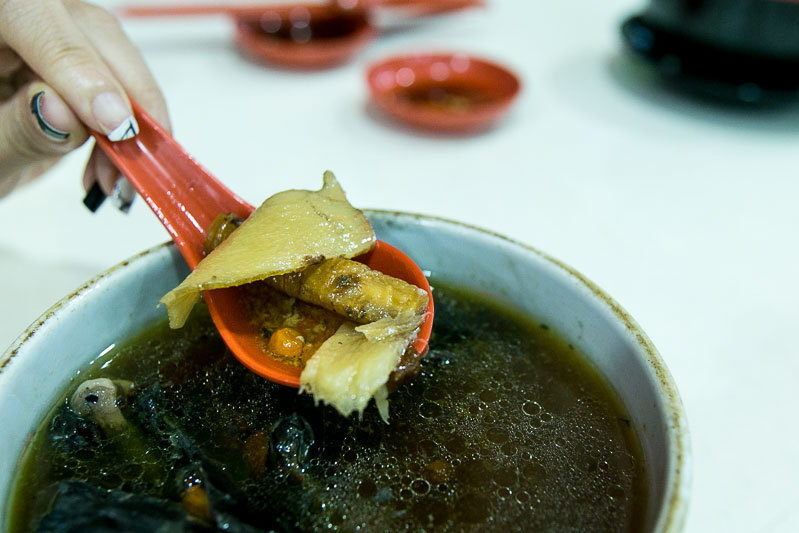 The mix of herbs left to steep in the savoury chicken stock add a complexity to what would be a straightforward chicken soup. Personally I enjoy the sweetness from the wolfberries add to these heartwarming traditional Chinese soups, and this rendition of black chicken herbal soup is no different. 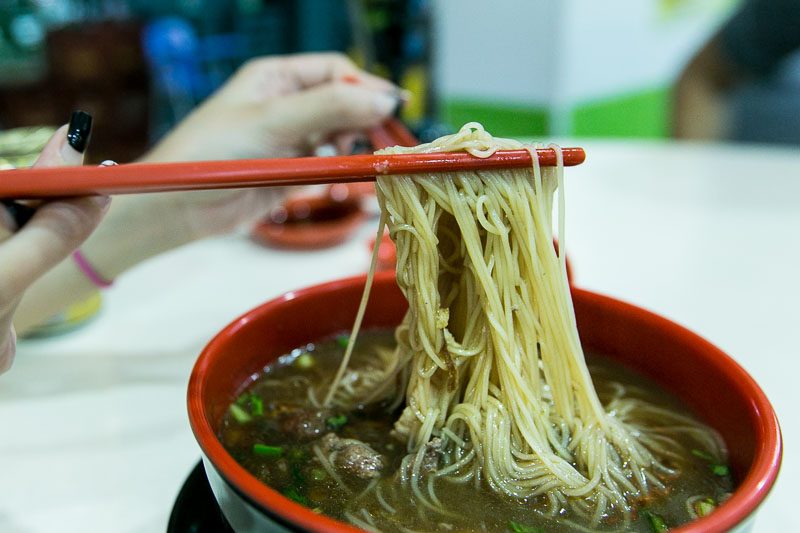 For some, the pig organ mee sua might be harder to stomach than the gnarly looking black chicken herbal soup. However, if you’re the sort that enjoys eating anything and everything, this is a a surprisingly rich, hearty and satisfying dish.

The organs impart an earthy colour to the rich broth. And while brownish-red hue in any dish isn’t exactly the most visually appealing of colours, the sweetness from the meat had me scraping the bottom of the bowl. 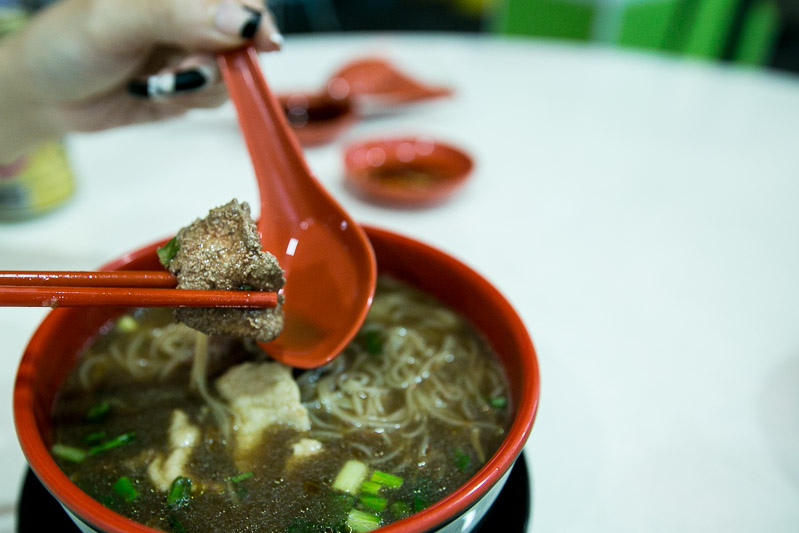 The slices of liver and pieces of kidney could have been larger, perhaps they’re sliced into smaller pieces so as to be more palatable for the masses. And, as for the mee sua, it happened to be a bit too soft for my liking. While some may enjoy it, the starchiness that the mee sua imparts to the broth wasn’t something I particularly enjoyed as well. However, that’s my preference and it may just work for you.

While I’m a big fan of traditional, odd and uncommon dishes, I wouldn’t rave about Seng Kee Black Chicken Herbal Soup. It’s worth going to if you’re in the area, but save yourself the time if you’re all the way on the other side of Singapore.