Summerlong: Unwind By The River With Mediterranean Food & Soft Serve At This Beach-Themed Bar & Restaurant 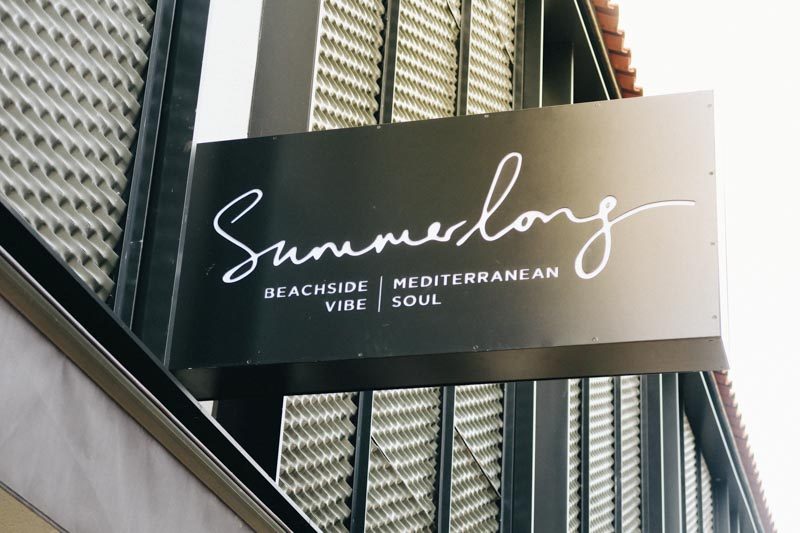 Summerlong is a new restaurant and bar that has settled right in at Robertson Quay. Even though it was only a few weeks old when I visited it, business was booming by evening with everyone kicking back with drinks and dinner after work.

I recommend that you come here with a big group as Summerlong has many affordable dishes (considered affordable given the location) that are meant to be shared. This way, you can economically split the cost while trying a large variety of Mediterranean food. 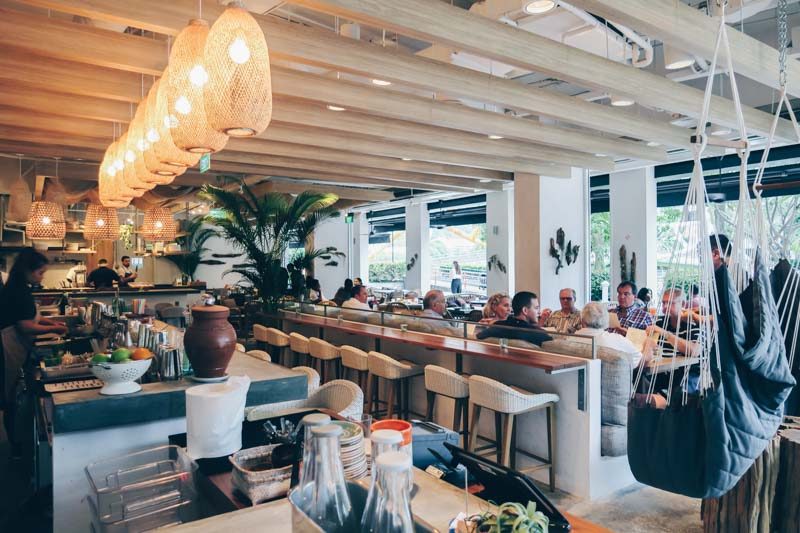 Summerlong is cosy and inviting with mood lighting, plush seats, and hammocks for those who really wanna lay back and chill. As the restaurant directly faces the riverside, you’ll enjoy a lovely breeze along with the pleasant ambience here. 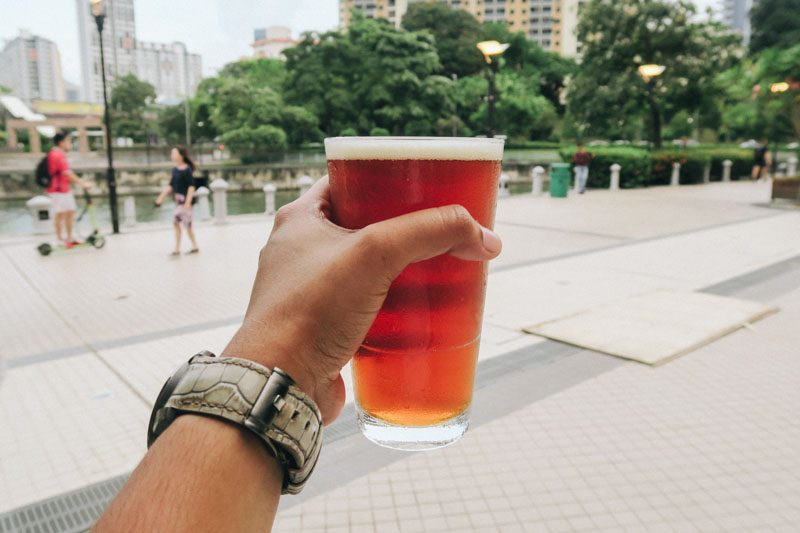 Before you start eating, consider grabbing a glass of Deschutes ‘Fresh Squeezed’ IPA ($12) to help you unwind. I was told that this strong and bitter India Pale Ale, which has notes of grapefruit and citrus is pretty hard to find on tap in Singapore. If you want an alternative to beer, get a pitcher of Summerlong Spritz ($50) to share. A pitcher approximately holds about 8 – 10 glasses, which is a very decent amount for that price.

Made with Aperol, cava, and grapefruit, this concoction is pleasantly tangy and refreshing while being mild enough to complement your food. 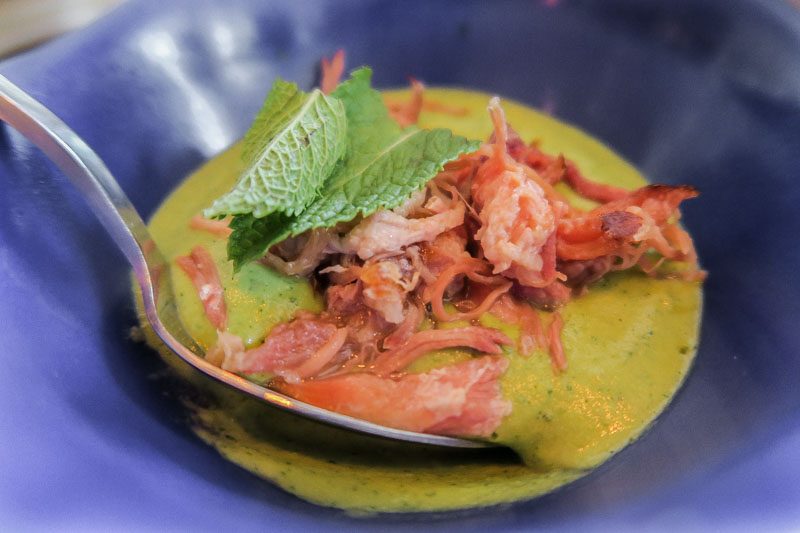 We started our meal with a dip called the Fava Bean Puree ($8), that is served with soft and pillow-y flatbread. Initially, I thought that the amount of puree served was modest, but the plating was deceptive as I quickly found myself needing more flatbread to mop up the puree. 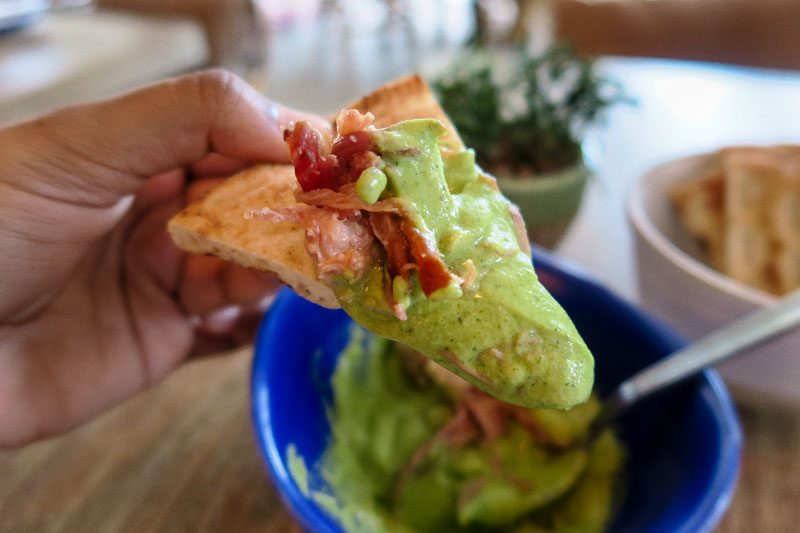 The puree was light and had a subtle taste of mint. I absolutely loved the smoked ham that came with the dip as its incredibly savoury and smoky taste added a lot of depth to the dish. This is a must-order. 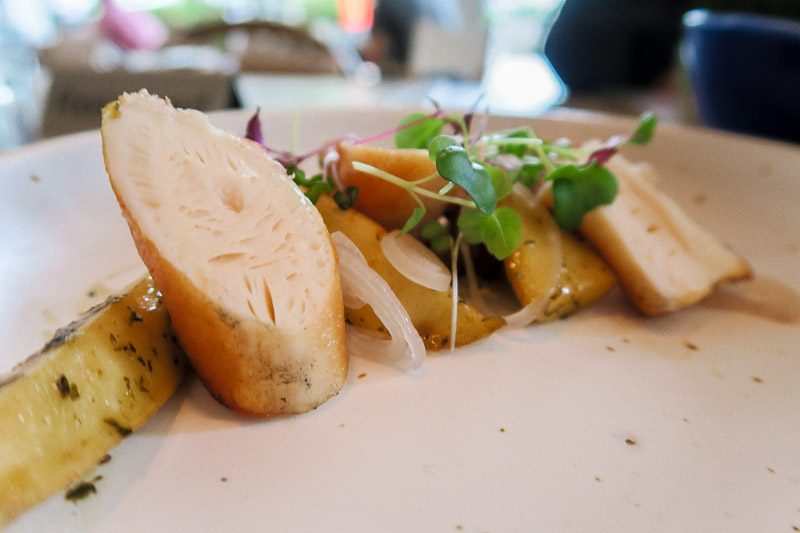 The Chargrilled Octopus ($19) comes with slices of parsnip that is drizzled in honey. The octopus, having been sous vide, was very tender. As it was chargrilled after, the skin was crispy and taut. We also had the Braised Lamb In Pastry ($12 for three pieces) that comes with bits of apricot inside the roll. The sweetness of the apricot was light and did not overwhelm the meatiness of the lamb. Though the lamb was well spiced, as well as the side dish of lentils, I would have enjoyed it more if it were a little saltier, as the dish was lacking a little in that aspect. Still, I enjoyed this dish overall, especially the parchment-thin pastry that was oh-so-crispy and delicate. 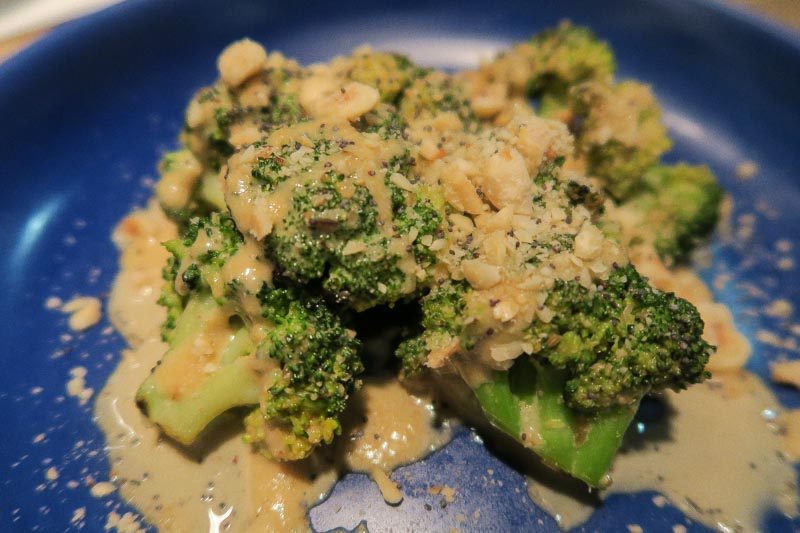 One of my favourite dishes at Summerlong was the Spiced Broccoli ($8). Served with tahini and a healthy dose of peanuts, this dish tasted very homely and is a pretty good bar snack as well. 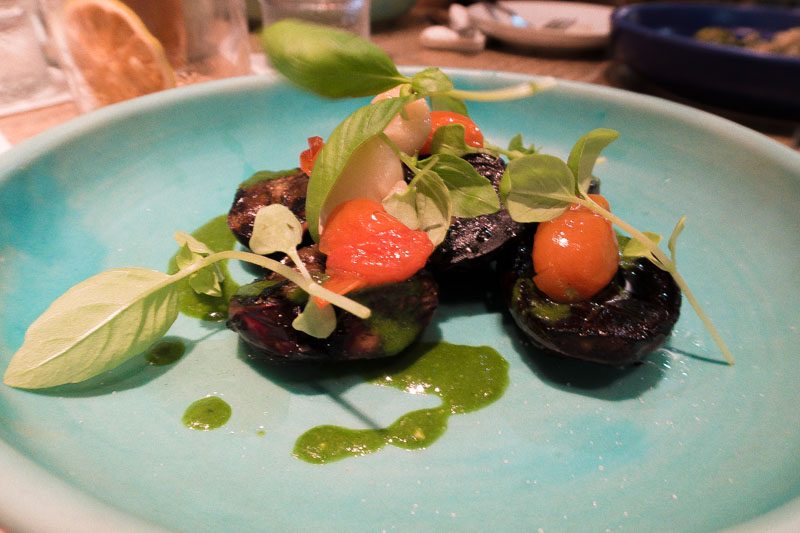 A dish that was surprisingly nice was the Charred Eggplant ($10). These eggplants were juicy and had an almost meaty sort of taste from the char.

The skin of the eggplant was also quite well done and added a textural contrast to the softer inside. Overall, it was quite appetising, and you should definitely order it if you love eggplants. As for our main, we had the Mediterranean Pork Ribs ($32). These ribs were served with a pomegranate glaze and dukkah crust (a nutty and crunchy spice mix).

Though the pork ribs were cooked perfectly and the meat fell off the bone easily, I did not enjoy the slightly bitter tang of the dukkah. This dish was alright in general, but I would probably order something else next time. 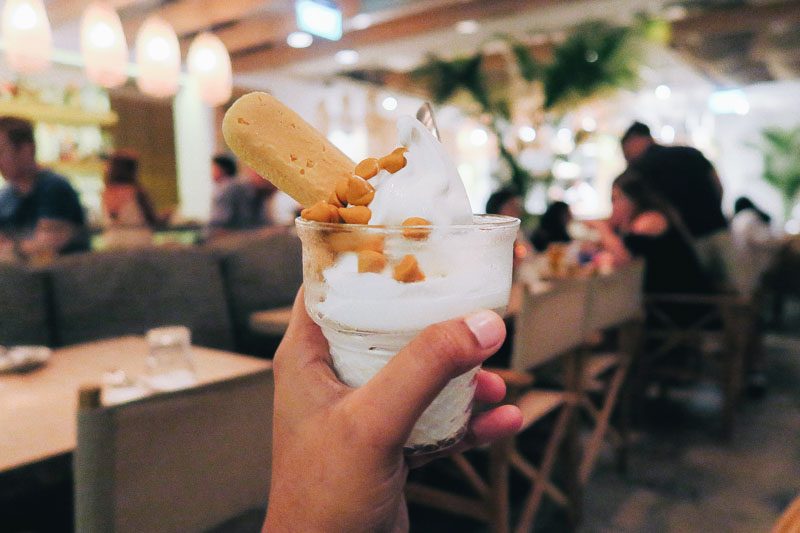 We ended our meal with the Soft Serve Yoghurt ($4), which several other bloggers have raved about. True to the comments online, the soft serve at Summerlong was delicious, and had a creamy and thick consistency which I liked a lot. 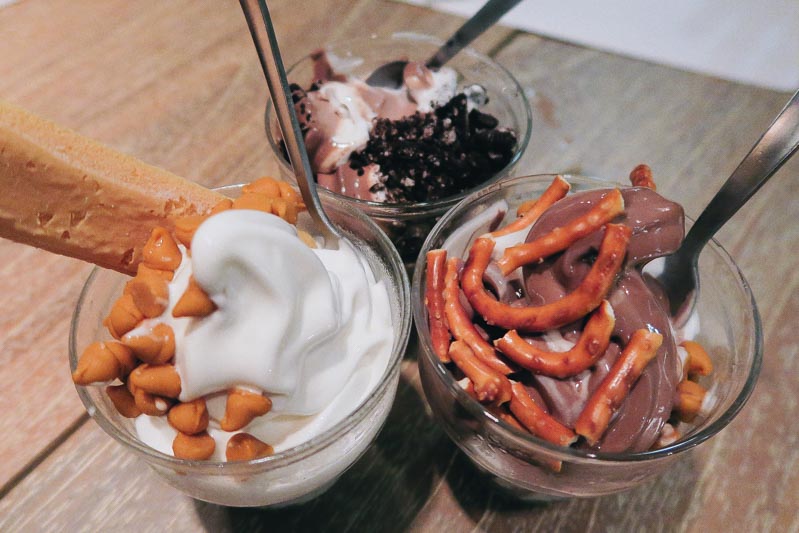 There are tons of toppings to choose from, such as Butterscotch Chips, Pretzels, and even Candy Ginger, all for $1 each. After trying them all, the chocolate soft serve was undeniably the best. Get Oreos and Butterscotch Chips to complement it.

Overall, the food at Summerlong was generally nice, and two or three items on the menu were exceptionally tasty. Other plus points are the relatively affordable prices and lovely ambience.

As Summerlong is still pretty new, the staff are still experimenting with the dishes as they go along, in order to create the best possible menu. The management is also working to purchase comfy daybeds for outdoor seating, as well as obtain a license from the NEA so that you can bring your pets to the cafe.

Summerlong seems to be hard at work to improve itself and has new things in store, so I’m pretty excited to see how this restaurant will grow and develop in the coming years.