Lasagna is often seen to be the underdog of Italian food in Singapore, often overshadowed by its pasta and pizza counterparts. I like lasagna, but it is not a common offering in most food places. Even some authentic Italian places don’t have it, or offer a subpar version at a hefty price tag.

When I walked past Super Dario Lasagne at City Square Mall a while back, I was slightly surprised that a lasagna cafe actually existed and wondered if it would last. After all, it is a competitive food scene here in Singapore and only the best places make it, much less a speciality food place. 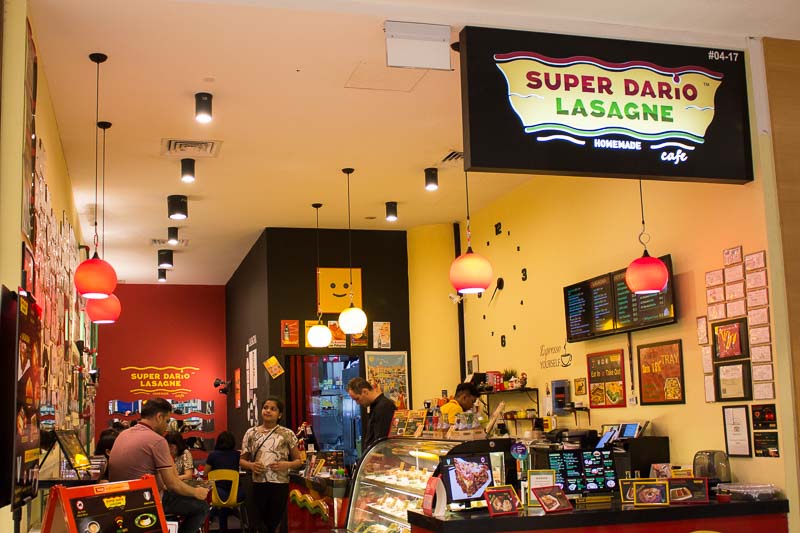 After walking past Super Dario Lasagne a couple of times, it was still thriving and so I decided I had to try this cafe out. I wanted to find out for myself how good this cafe actually is, for it to survive this long. 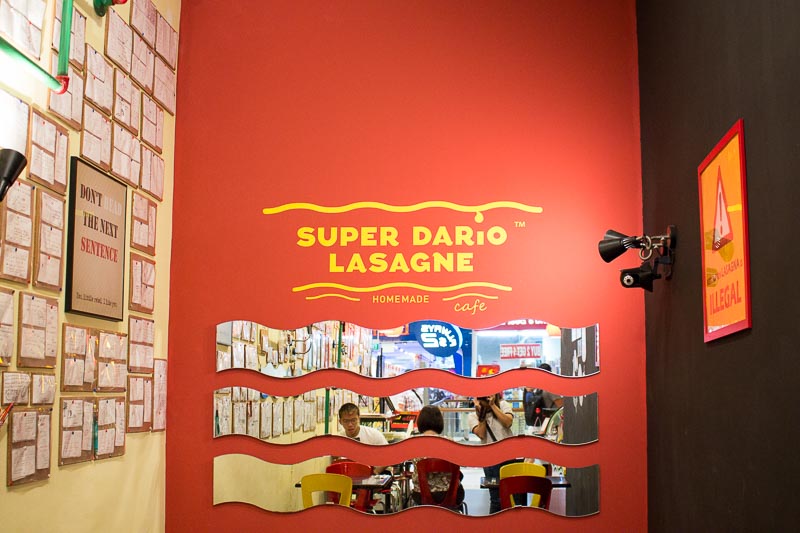 The cafe had a homely vibe to it, with bright red and yellow walls filled with napkins of satisfied customers’ drawings and words of affirmation. There were even some quirky decorations as well, like pipes and a stylised mirror that looked like layers of pasta sheets.

Fun fact: the owner’s name is actually Dario, and he hails from Italy.

The menu at Super Dario Lasagne is super extensive with over 15 varieties of lasagna, made with different types of meats and cheese. They even have vegetarian options and pride themselves on not using pork. They also offer other pretty unusual offerings such as arancini (risotto stuffed deep-fried balls).

We were slightly overwhelmed by the sheer number of choices that we took quite a while to decide. In the end, we went for three lasagnas of contrasting fillings for variety, as well as focaccia and a soup. 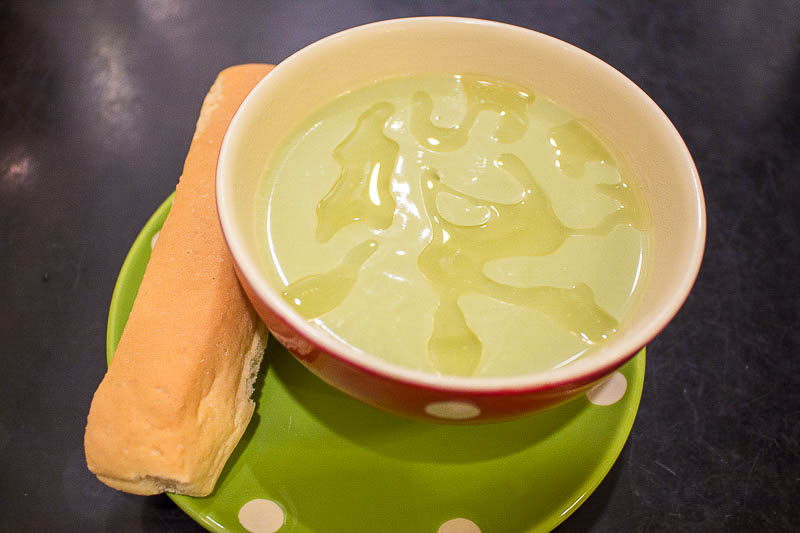 The soup of the day was Cream of Broccoli and Cauliflower (S$5), served with a slice of bread. I love broccoli and cauliflower, so I did not hesitate in getting this.

However, the pale green hue did not look the most appetising and I regretted my choice slightly. 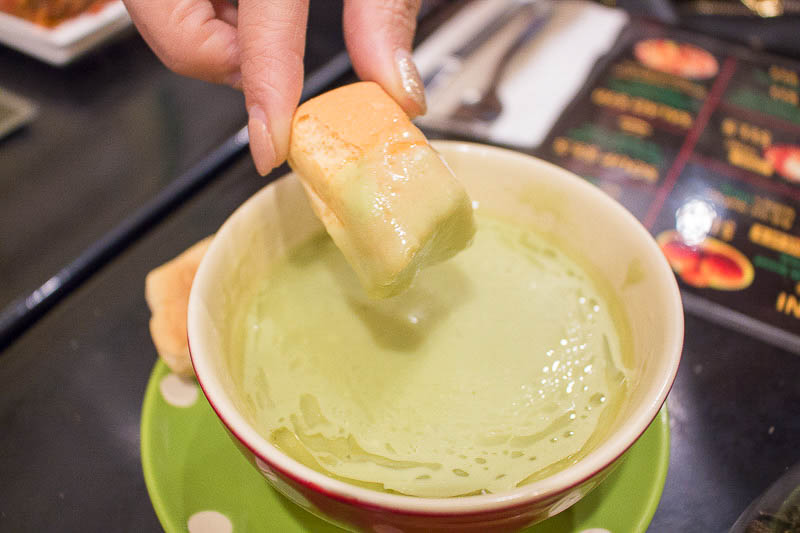 I changed my mind once the soup slid down my throat. Granted, it wasn’t the most flavourful. Though it was cream-based, it had a thin consistency, making it light and refreshing. I liked it, although the mild cauliflower taste was covered up by the more pronounced broccoli taste.

Those who do not like broccoli may find it a tad too pungent. The crisp bread was a nice addition, although it tasted more like an airy rusk to me. However, I ain’t complaining. We also ordered a side of Foccacia With Garlic Butter (S$5.50). It was nicely toasted and crisp around the edges, yet still fluffy in the centre. The bread itself was subtle in taste, but that helped the garlic butter’s flavour shine. 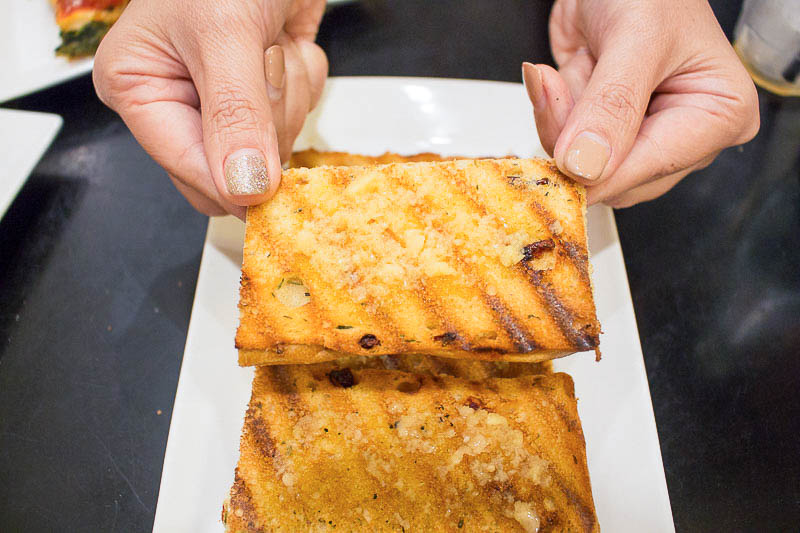 It comes with four substantial-sized slices of bread, which is rather worth the price. Each slice was generously buttered and was a flavour bomb in my mouth. Worth it if you are feeling peckish! 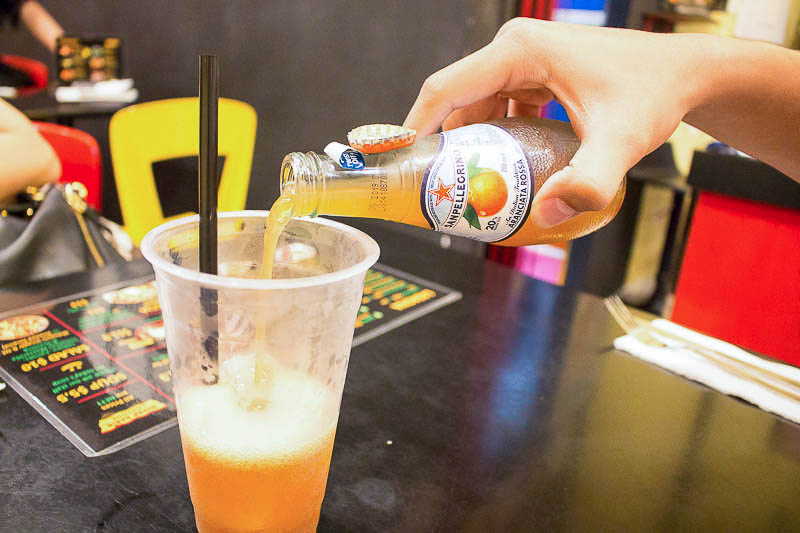 To cleanse our palate, we also got a refreshing Blood Orange Sanpellegrino (S$3.90). There was a tinge of sweetness with a tangy aftertaste.

The lasagnas finally arrived, and although they took a while, I didn’t mind as all of them are freshly baked daily. They are homemade with authentic ingredients imported from Italy with no preservatives, which made me all the more eager to try them out. 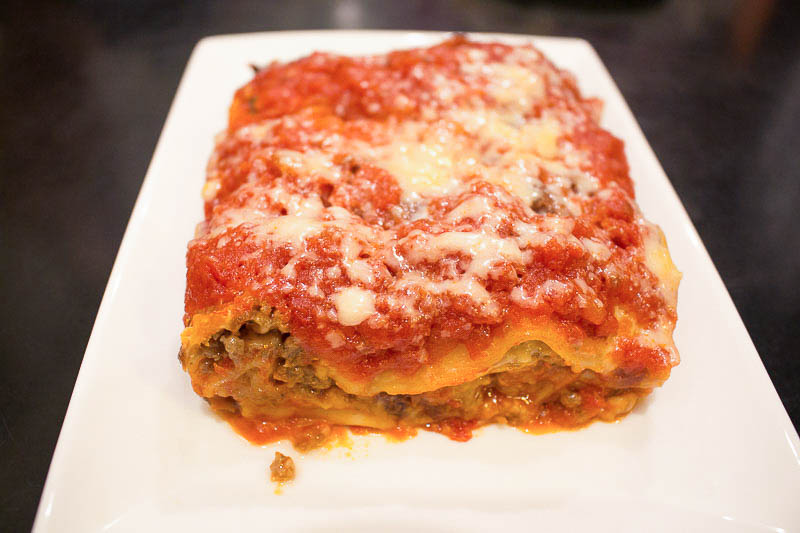 The first I had was the Super Dario Go! (S$13.50), which consisted of minced beef and gorgonzola cheese. I got a whiff of the fragrant blue cheese and got a lil excited. Pulling it apart, my eyes caught sight of the beautiful layers of pasta sheets and minced beef. The top was layered with more sauce and melted cheese. 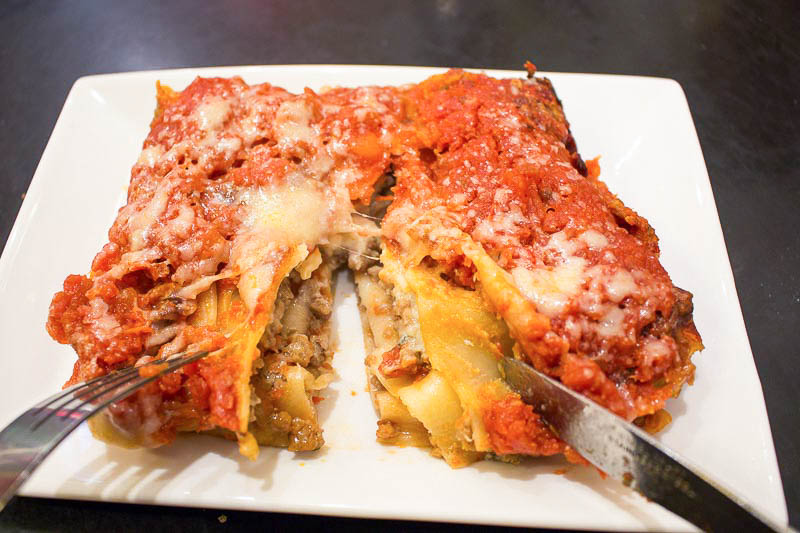 I must admit, I was slightly disappointed. Don’t get me wrong, it wasn’t bad; the layers were perfectly cooked through, and the minced beef gave it a savoury bite.

I was just slightly disappointed with the gorgonzola cheese as I expected it to be more savoury and pungent. For a cheese that’s known to have a stronger flavour profile, it was pretty mild. There was just something slightly lacking in the dish as a whole and I wished it was more decadent. 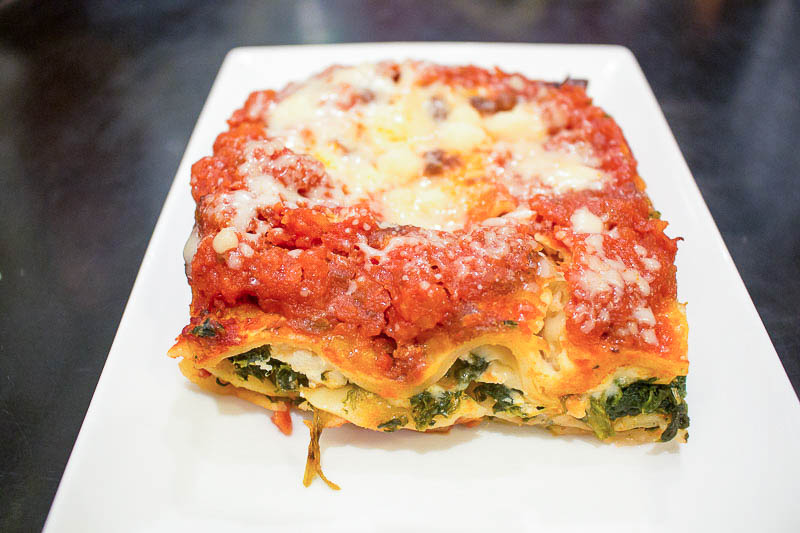 The second lasagna we got was Spino (S$11) as I wanted to see if the meat makes a difference. Well, let’s just say that it does change the taste of it, but it was still delicious. Made with spinach, fresh tomatoes and ricotta cheese, I expected it to be milder in flavour from the ingredients used. Nonetheless, it was delicious and the lightness of the cheese made it very appetising. I suppose it’s an alternative method of getting in your daily dose of vegetables! The last lasagna we got was the Luigi Extra (S$11), made with minced chicken and pecorino cheese. To be honest, I was expecting the least out of this as I find  chicken to be a bland protein by nature. However, this surprised me by being my favourite out of the lot. The smell of the cheese was distinct in this dish and my expectations rose slightly. As I sliced into it, I was pleased that this dish was slightly more moist than the other two. Perhaps it was the addition of more sauce to enhance the dish’s flavour but as a result, I enjoyed this consistency better. The pecorino cheese gave a salty and umami-like edge to the lasagna that really made all the difference.

The lasagnas here at Super Dario Lasagne are so affordable, with S$13.50 being the most expensive one. They are huge as well  — around 300g each. It can feed one hungry human or even two small eaters. For its price point, the good quality Italian food is such a steal and I finally see why they have a steady stream of loyal customers.

Students and seniors are entitled to an extra 20% off any lasagna on the weekdays, from 10.30am – 5.30pm, with lunch deals for working adults too. The next time I crave some good lasagna, I know where I’m heading to!