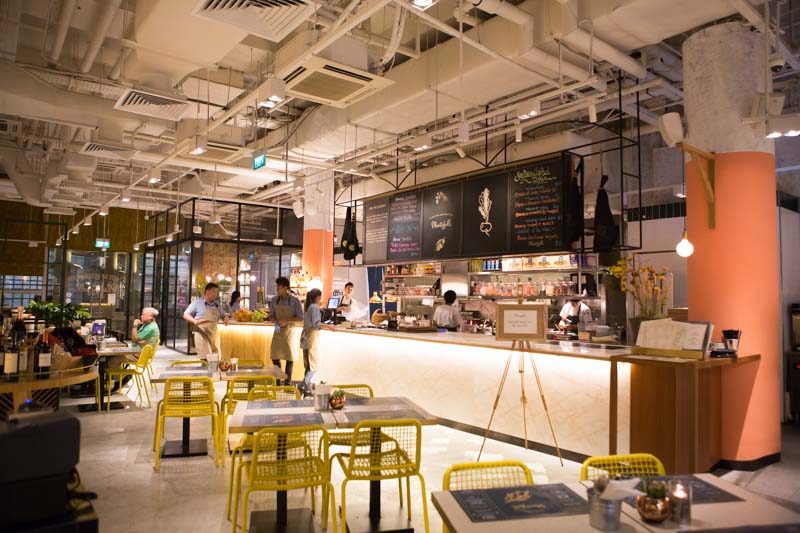 The F&B industry in Singapore is a competitive and innovative one, born out of the necessity to not only feed hungry diners, but also satiate the curious palates of the adventurous. Trends come and go, as we’ve seen with ideas like rainbow bagels, salted egg dishes, and bingsu. But something that has slowly crept onto our plates and seems to be taking over the kitchen is the desire to cook everything from scratch.

I was inspired to investigate further into this when I read a piece online about Plentyfull, a gorgeous and spacious bistro at Millenia Walk that claims that it doesn’t even own a can opener in its kitchen. 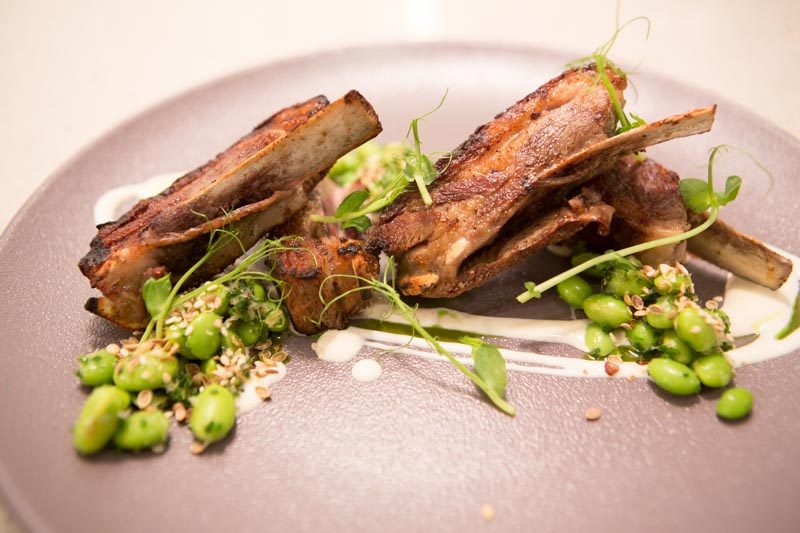 How then, I wondered, does it marry profit and quality (and ultimately customer satisfaction) when the commitment of prepping everything from scratch is time-consuming and labour-intensive? Chef Victor Loy, of Plentyfull, is the creative brainchild of its menu, and encourages his team to be just as adventurous with ingredients as him.

Why It All Started

The premise of the establishment lies in the hope to be akin to enjoying a home-cooked meal away from home. Driven by its founder, Claudia Sondakh’s own struggles to find tasty, wholesome meals on-the-go, she was challenged by a friend to start a business that makes a difference in the community.

The food at Plentyfull is preservative-free and prepared with produce that is thoughtfully sourced from farmers and artisans locally and internationally.

On the flipside, at Maggie Joan’s, Chef Oliver Hyde’s personal rationale behind creating his dishes sans the help of pre-made sauces mixes is to ensure only the best is served to his diners.

“Creating dishes from scratch allows me to curate exactly what goes into each dish, which then allows me to develop the dish more precisely in terms of flavour, look, and texture. This is helpful for current and future research and development, and also allows me more space for creativity. The end-product becomes unique and original, which is something all chefs and diners hope for”, he cites.

I can see where personal pride comes into play, especially since what goes onto a plate is one of the biggest reason any patron would pay good money to return to a restaurant. 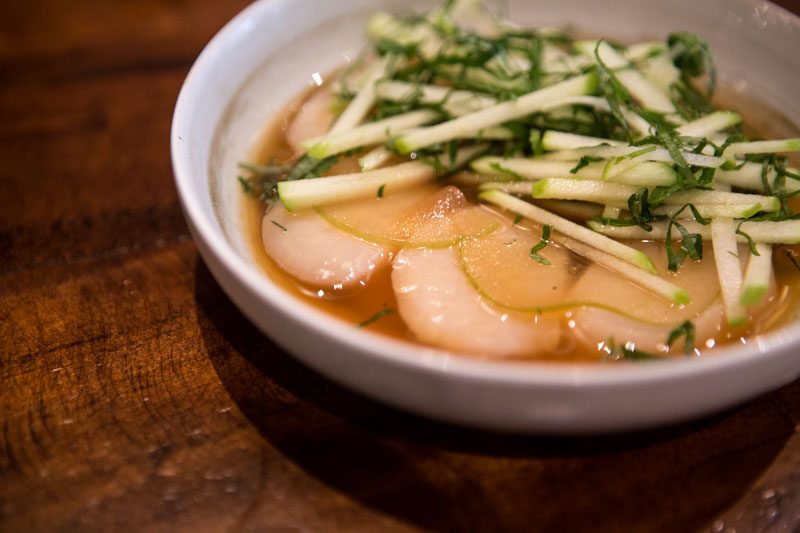 For others though, education is just as vital as consistent quality, which is what Chef Seumas Smith of Moosehead stands by. “It’s better for the chefs to know how to do everything from scratch and have a real understanding of the ingredients that go into every dish and how it is made. This makes them better chefs, by being both more knowledgeable and more self-reliant, and ultimately not having to rely on pre-made items”, Chef Smith explains.

As a diner, I also feel that there is a quiet assumption that whatever we pay for doesn’t come from a can. Or at least, that’s what we all hope for. Moreover, if the kitchen crew has all eyes on what goes into their cooking, diners with dietary restrictions would feel more comfortable to put their trust in knowing what is and isn’t in their food.

But How Viable Is It, Really?

So, does cooking from scratch really present a serious setback to the workflow in a professional kitchen? Both Chef Smith and Chef Hyde agree that time consumption is a factor when choosing to run the kitchen in such a way, but ultimately the final product speaks for itself in terms of quality and diners’ satisfaction.

It’s cases like these that time doesn’t necessarily always equal money, especially when the food that ends up on a plate is a far better representation of an establishment that taking shortcuts to present sub-par recipes. 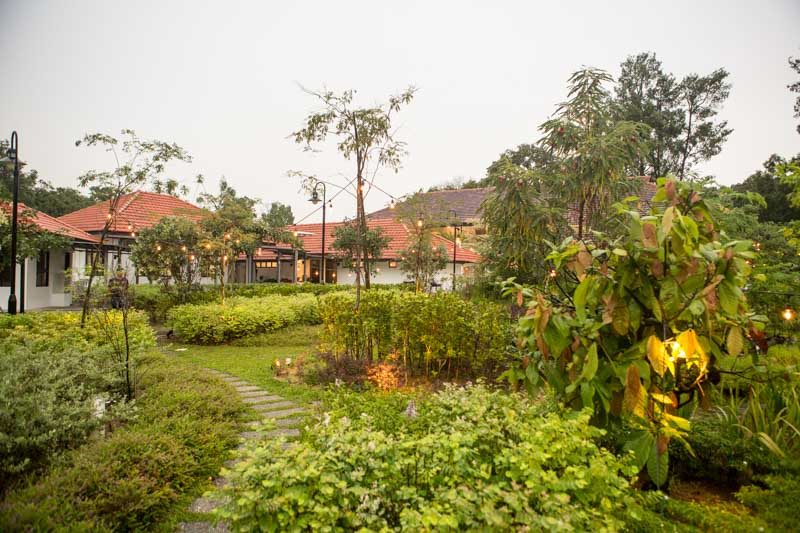 Speaking with Chef Christopher Millar, who represents The Summerhouse, he has a different way of dealing with obstacles that one may face when having to create a menu that requires a lot more prep.

As the establishment is situated in a rather expansive lot in Seletar, it has taken advantage of the land to grow its own garden of herbs and several vegetables. As such, the menu is influenced significantly by the seasons of when crops bear the most fruit or when cattle and seafood are prime for capture and slaughter. 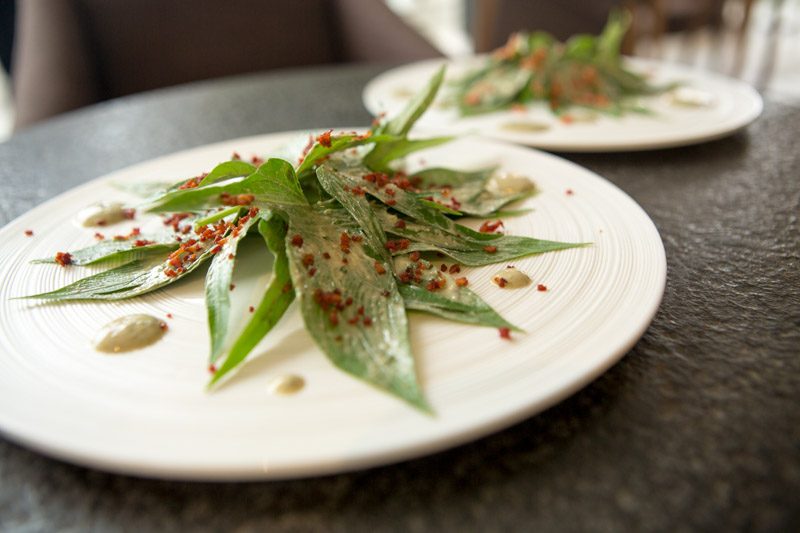 The solution is the Chef’s Selection menu ($60 for 4 courses, $120 for 8 courses), a medley of dishes that utilises what is freshest and in-season for that period, in however short a time. “(With this menu) It means you have to have a flexibility in terms of organisation and workflow, because you may want to use a particular herb next week that’s supposed to be ready for harvest, but something happens and it isn’t ready, so it allows you to be adaptable”, elaborates Chef Millar, referring to the benefits of adopting a seasonal menu.

For example, these Green Sweet Potato Leaves with Anchovy Crème Fraiche and Bacon Bits ($8), were plucked straight from The Summerhouse’s garden, and is harvested almost daily with other herbs like dog fennel and citronella grass. 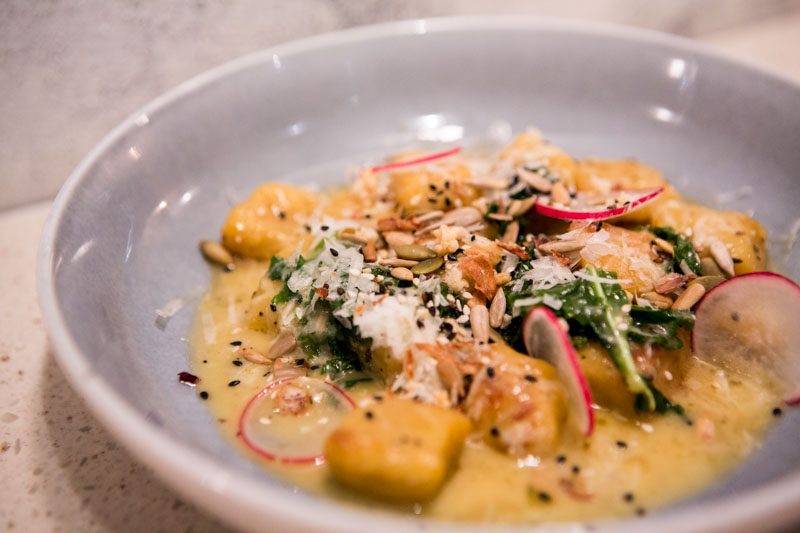 I think the bigger and possibly biggest question is, how sustainable — in terms of budgeting — is it to work with produce that isn’t always readily available, as well as commit to putting in extra prep time?

The overall impression that I received from all four establishments I spoke to was that the sacrifice, whether or not significant, is worth it.

The Quality Outweighs The Effort 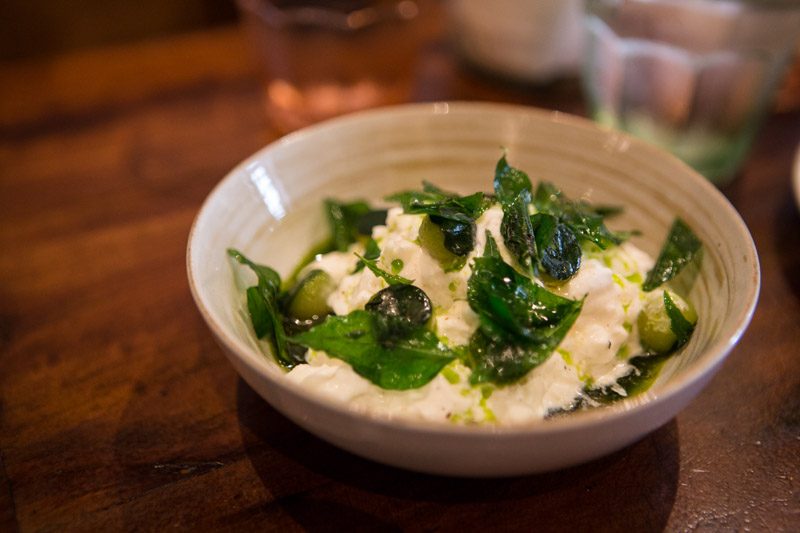 For Chef Seumas, there is no reason to compromise on quality, and the benefits of that outweigh the cost of running a kitchen in the long run. Moosehead has an interesting appetiser that showcases its crew’s creativity when it comes to not only utilising but maximising the most of their produce, with a Burrata, Zucchini, Thai Basil Pesto and Curry Leaves ($21) dish.

Most places would serve burrata on its own, but this has zucchini that has been pickled in chardonnay vinegar and sugar for at least 24 hours, which brings an interesting acidity to a texturally fatty dish. 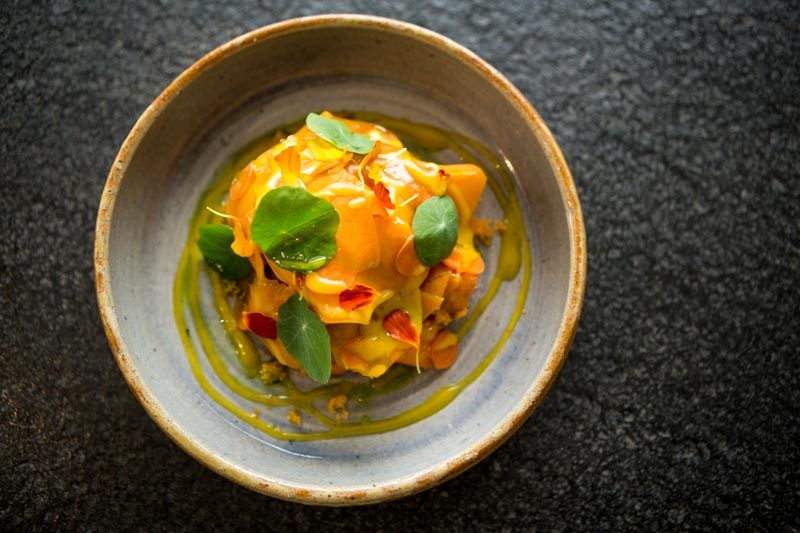 Chef Millar justifies this idea beautifully, “At the end of the day, we are a business. I think people aren’t just paying for food and drinks and a dining experience, but they are also paying for a name, in direct connection with what you do, and why you’re doing it. But at the end of the day, with the land limitation that Singapore poses for urban farms to sustain themselves, and the convenience of pre-made sauces, how sustainable is this ‘trend’?

To this, Chef Loy highlights the prominence of food these days that are filled with preservatives, hormones and those that have gone through immense processing. This worrisome fashion has birthed a whole generation of savvy diners who are well-read in consuming organic, non-GMO and sustainably-sourced produce, who in turn support and encourage businesses like Plentyfull.

Chef Hyde shares similar sentiments while letting us in on the time he was working in England and France, having the privilege of talking with local farmers and picking herbs personally from the garden. “I also feel the quality and flavour of local boutique produce is quite different from the big farms. Urban farming or edible gardens will take a long time to develop to become a sustainable trend in Singapore, but over time, it will get there,” he laments. 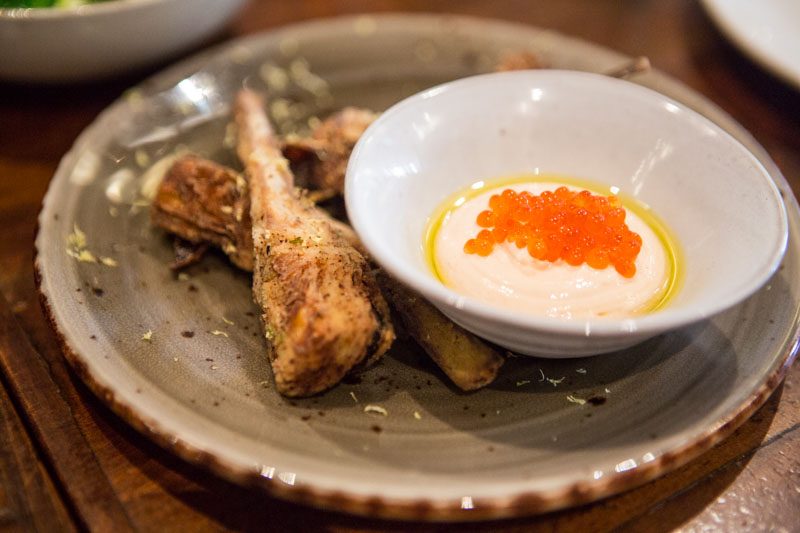 I don’t know about you, but from now on, dining out will cause me to put more thought into considering how much time and effort it took to create my plate – from the sourcing of produce to the nitty-gritty details of how a dish is meant to taste.

After listening to the chefs disclose their personal reasons for believing in and wanting to respect the produce by making everything from scratch, I have a better understanding behind the rationale; it isn’t for hype or profits, but for the pure drive to offer diners unpretentious homemade dishes.

Special thanks to the chefs from Plentyfull, The Summerhouse, Maggie Joan’s and Moosehead for their help in this article.