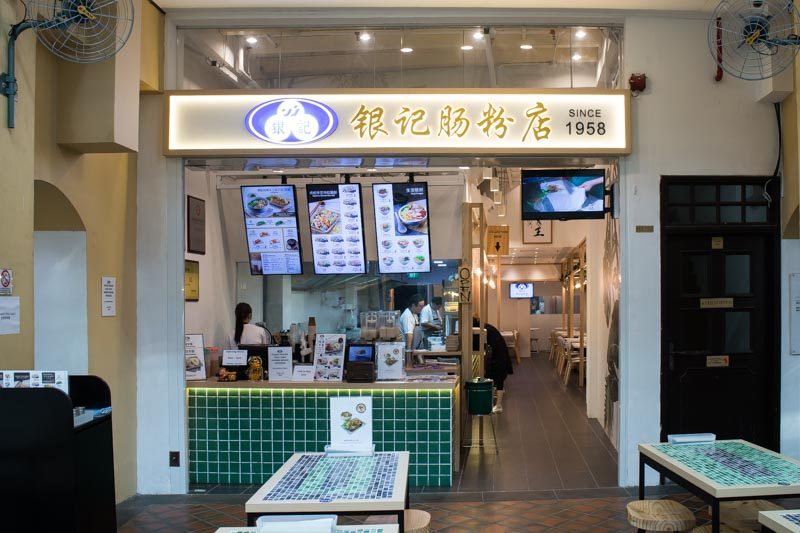 Breakfast buffs can now head to another place for their morning Chang Fen and congee fix. Yin Ji 银记肠粉店 is a chain with a history of 60 years, and has made its name in Guangzhou, Hong Kong, and even Canada.

Yin Ji opened its doors in Singapore in Far East Square, February 2018. It prides itself on being Singapore’s first cloth pulled chang fen (rice roll) speciality store. But chang fen isn’t all Yin Ji has, as they also sell congee and noodle dishes worth paying a visit for. Both indoor and outdoor seating areas are available at Yin Ji’s, with sunlight illuminating the outdoor area and a cool kitchen view in the indoor seating area. We recommend getting a seat indoors as you’ll get to see the chefs making your chang fen from scratch as you wait for your food.

As expected from a chang fen speciality store, you’ll get a large variety of flavours to choose from ranging from Beef, Char Siew, to Egg. 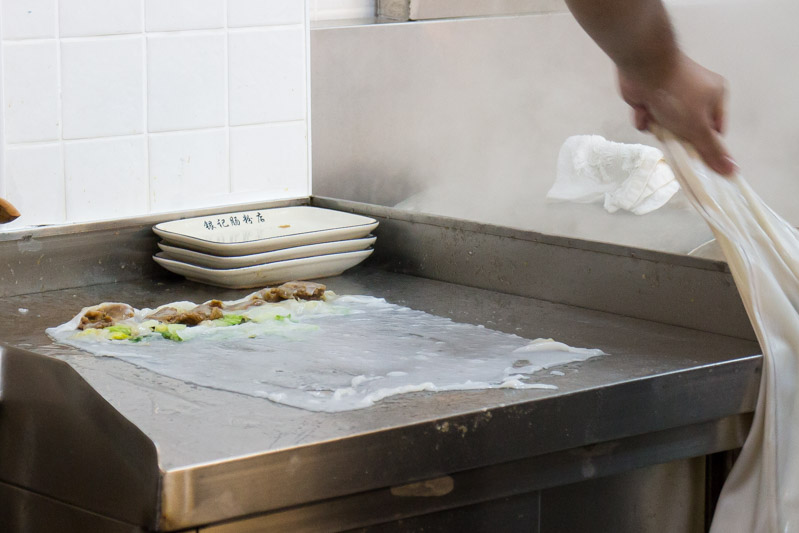 At Yin Ji, their cloth pulled chang fen comes stuffed with a generous portion of meat and vegetables. Each plate only comes with one rice roll, but once you see the size of the rice roll you’ll understand why ­— it’s massive.

The sauce that accompanies this Guangzhou-style rice rolls is more of the light soy sauce than the thick, sweet sauce found at your regular hawker stalls. 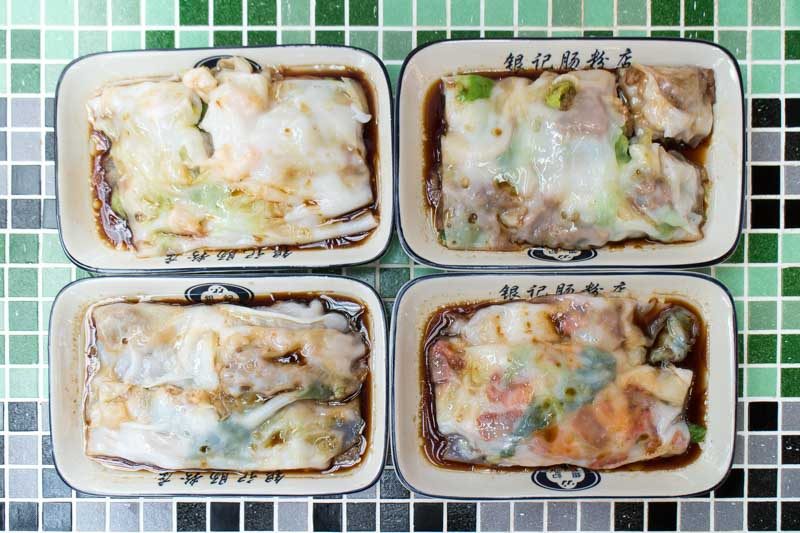 We got to try a few chang fen varieties, and our favourites were the Char Siew and Egg, Fresh Shrimp, and Tender Pork rolls. Everything in Yin Ji is housemade, including their Char Siew.

This meant that the Char Siew was just the right consistency to complement the already chewy rice rolls. 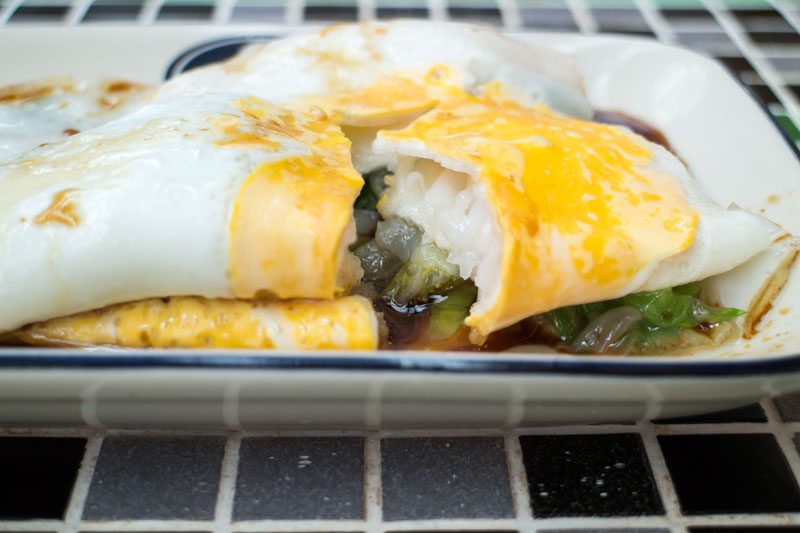 The Egg Roll ($4.50) is great for people who want to try the chang fen without additional fillings. It’s similar to an egg prata, in a sense that it doesn’t change the flavour of the chang fen much and only alters the texture of the dish, making it slightly thicker. 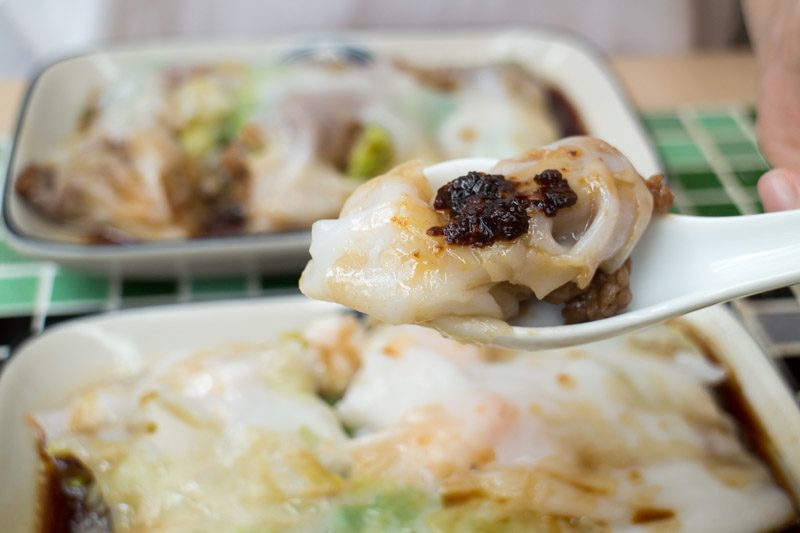 We were told that the house-made chilli was one of their specialities, and we had to try it out for ourselves. By piling the chilli onto the chang fen, you’ll give the dish an additional savoury kick.

This is one chilli that I’d recommend even to those who can’t handle spicy food — it carried a slight kick, without feeling the burn on your tongue. 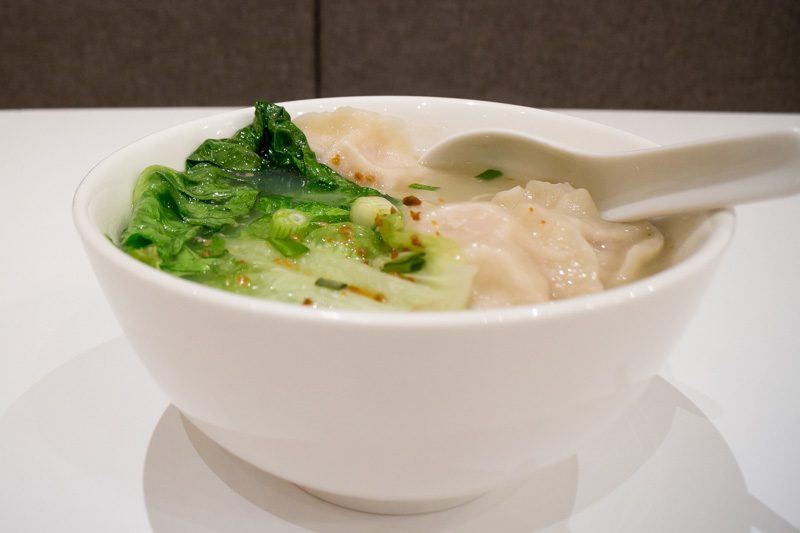 Another dish that’ll make your trip worth is the Dumpling Noodle ($6.50) featuring handmade dumplings, made fresh in-store daily. Each dumpling is fully stuffed with a meat mixture that’s mostly ground pork. 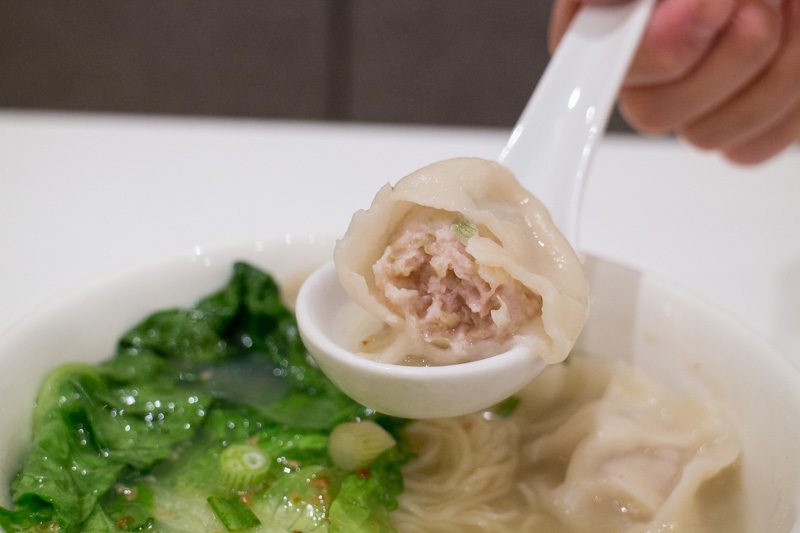 Due to the nature of the filling, the dumplings may have a strong pork taste that can be rather overwhelming for some. If you’re someone who’s sensitive to details like this, maybe try the other noodle dishes instead.

The soup was a step above the regular dumpling noodle soups, which more or less taste like salted water. This soup, however, has been boiled for long hours forming a deep-flavoured broth that pairs well with the meaty dumplings. 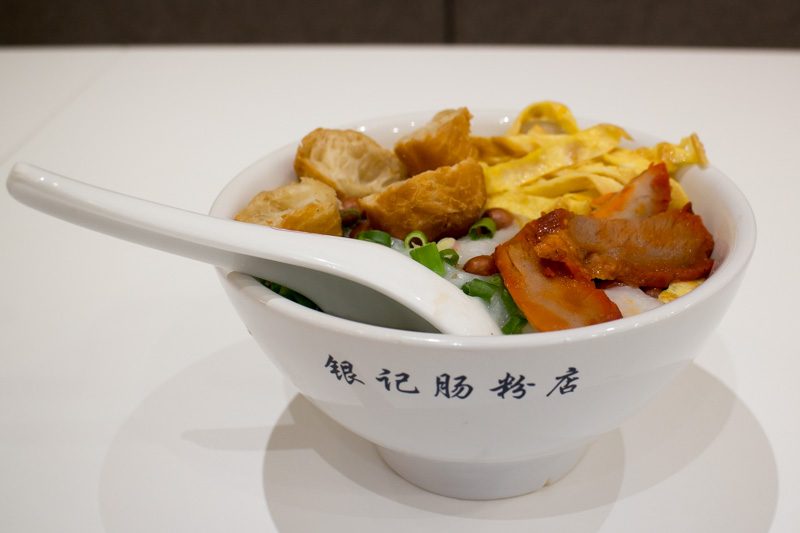 Of course, you can’t talk about breakfast without mentioning congee. The “Boat” Congee ($6.50) has so many components, such as few slices of char siew, fish, pig’s skin, and You Tiao. If that doesn’t sound like a congee lovers dream, I don’t know what will.

The congee itself was smooth and lightly seasoned, and was easily the most addictive dish we had there. 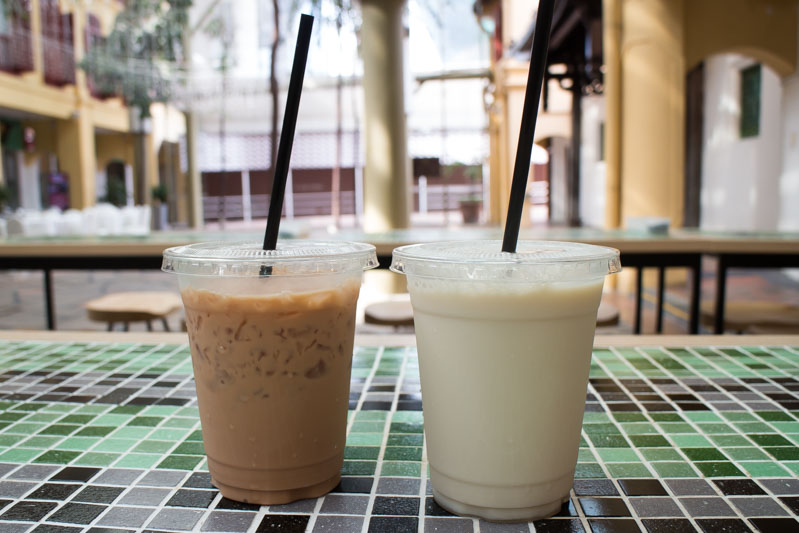 To accompany your meal, you could opt for a freshly made cup of HK Milk Tea ($1) or Soy Milk ($1.80). Both are extremely smooth, not too sweet, and pair well with everything on the menu.

The HK Milk Tea was also very fragrant, with the tea taking centre stage without being overshadowed by the milk.

Yin Ji really comes as a blessing especially to people who work in the CBD as you’ll now get to eat the most authentic and satisfying breakfast before heading off to work. It’s not limited to breakfast, as the chang fen are really also great for lunch and dinner.