We’re in the midst of a pandemic, but that doesn’t mean everything has to be doom and gloom all the time. Things have been hard, and you deserve something that’s sugar, spice, and everything nice. Now, they’ve collaborated with Sanrio to release not one, but two craft beers featuring beloved characters.

First up is a cute cat who loves apples—that’s right, it’s Hello Kitty! The Young Master x Hello Kitty beer is aptly named Apple Pie A La Mode (S$7 per can from Cold Storage), and it’s light on the booze at 4.5% ABV. With tasting notes that sound more like a dessert than beer—caramelised apples, cinnamon and vanilla—I’d love to kick back with a can of this cream ale after dinner. The label is also apple-solutely adorable; even non-beer drinks might want to grab a can for collection’s sake. 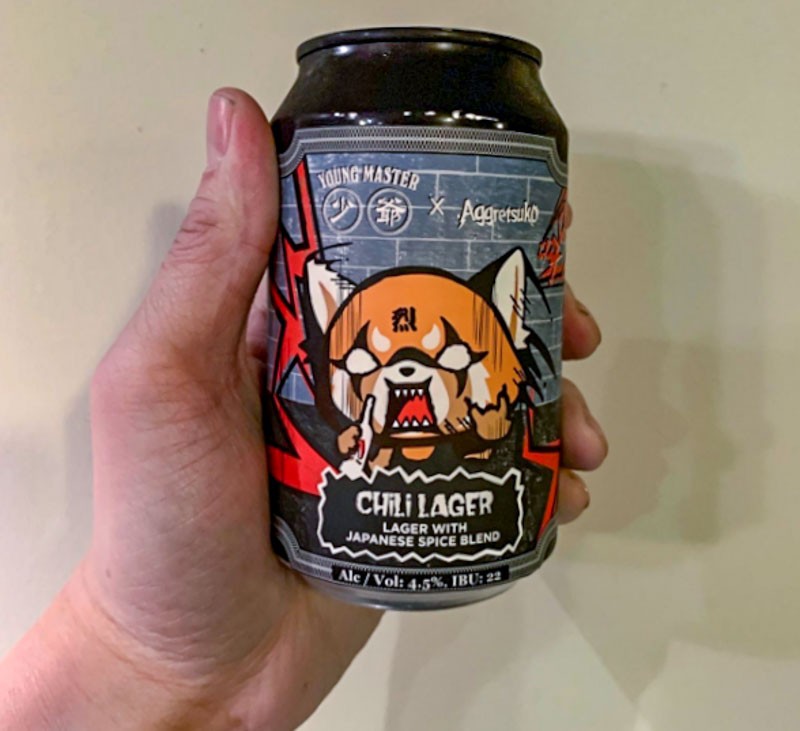 Those of you with a bit more pent-up frustration might appreciate the Young Master x Aggretsuko beer instead, a fiery Chilli Lager (S$7 per can from Cold Storage).

If you don’t already know Retsuko, she’s the rage-filled red panda who’s the protagonist in Sanrio’s Aggretsuko. I’m sure a lot of millennials can empathise with her office (mis)adventures, and constantly feeling on the edge while dealing with the messed-up world we live in.

Appropriately, the lager is made with a Japanese spice blend and it sits comfortably at 4.5% ABV too. No need to get too drunk when you’re cleansing any lingering angst from the workday.

It’s been a tough week/month/year, and we deserve something nice, or with a bit of spice. On your next grocery run, indulge your whims and get one (or two) of these Sanrio beers.