21 Sliders: All-Time Bazaar Favourite Has Found A Home At An Art Space On Prinsep Street

If you are one who frequents pop-up events like Geylang Serai Bazaar, GastroBeats and Prudential Carnival, 21 Sliders may be a familiar name. They serve bite-sized burgers that are so good you cannot stop at one. After several pop-ups and customers wanting more of them, they have finally found a permanent home at Deck, located on Prinsep Street. Deck is an independent art space which is founded with the idea of connecting all photography enthusiasts. This is done through resources and showcases as they often hold activities such as talks, workshops and various exhibitions. 21 Sliders occupies a corner of the area, with predominantly outdoor seating for people to grab some food and drinks whilst enjoying the activities. There’s also a tiny air-conditioned area inside, with some counter and sofa seats. 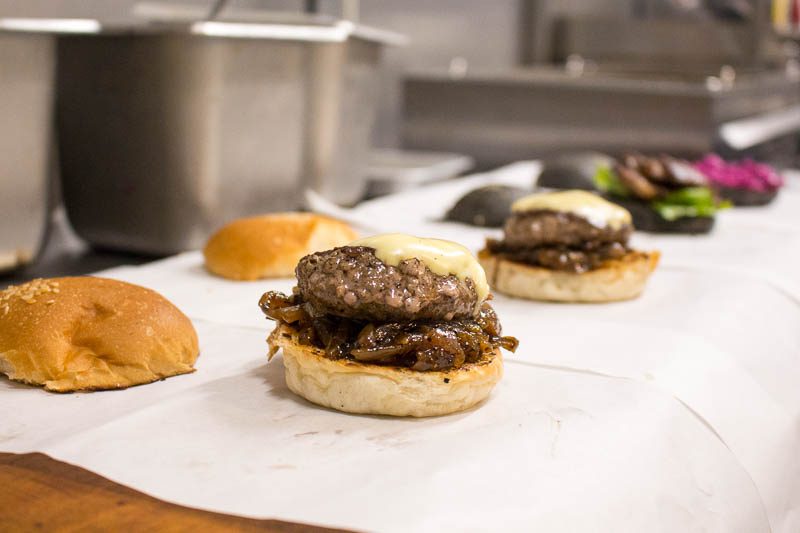 They offer a variety of unique craft beers, including local brews such as Rye & Pint and Binjai Brew. However, their booze is completely separated from their kitchen, which is 100% halal. The sliders are meticulously prepared-to-order, and the beauty of them is that you can order a variety of flavours to try instead of one single-flavoured burger.

We decided to get four of them, two from The Classics and two from The Signatures. They are differentiated by the colour of their buns, with the former being an original golden and the latter a charcoal black. 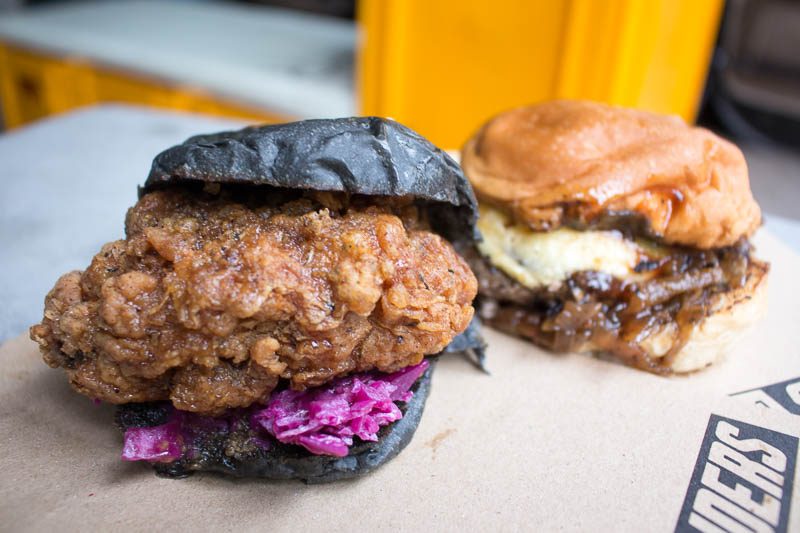 The Butter Factory was similar to McDonald’s Buttermilk Fried Chicken burger. It had a huge slab of crispy fried chicken, layered with purple slaw and garlic honey butter sauce. 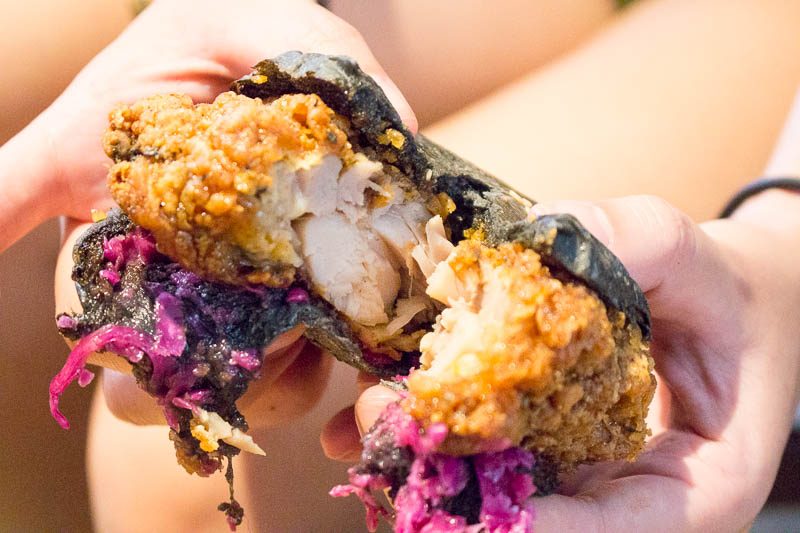 The fried chicken was crisp on the outside, yet tender and juicy on the inside. The freshness of the purple slaw helped to cut through the richness of the burger. I also really liked that the bread was a buttery brioche — soft and fluffy.

The American Cheese was my personal favourite, which comprised of the classic grilled beef patty that was paired with caramelised onions and melted American cheese. 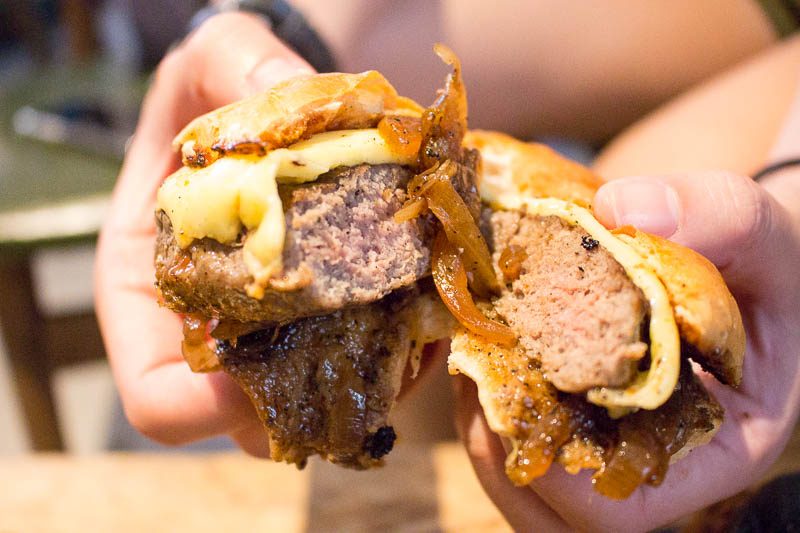 Albeit the difference in colour, it was the same buttery soft brioche. The patty was cooked to a nice medium, slightly charred on the outside with a tint of pink in the centre. It was firm yet relatively juicy.

The cheese melted all the way, which enrobed the patty and bounded their flavours together perfectly. The caramelised onions gave the burger that extra oomph with its added moisture and sweetness. My only gripe would be the lack of vegetables, which would have added an extra crunch for texture. The Backyard was very similar to the American Cheese. In fact, they had the same base ingredients with the only difference being the addition of turkey bacon and barbecue sauce. 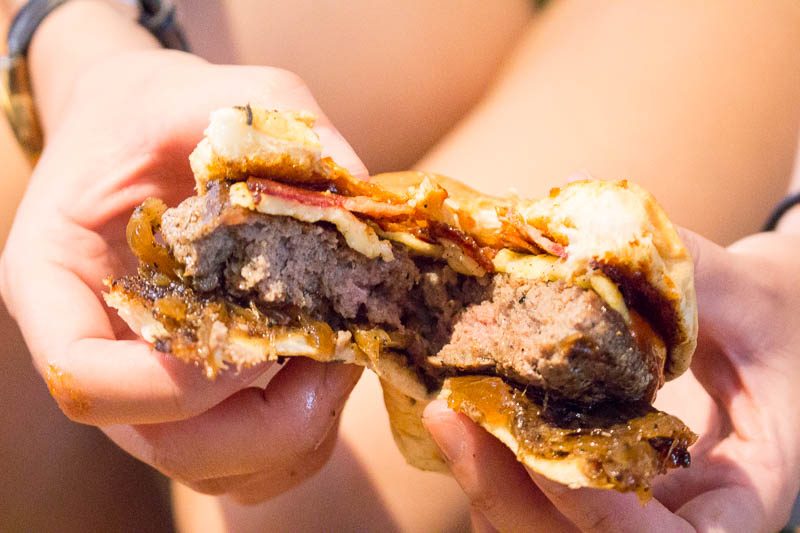 This burger was like a zhng-ed up version of the former but with a heavier mouthfeel. The barbecue sauce had an intense smoky and sweet flavour which dominated the entire burger. It was a lil’ too much for me, but I liked the addition of the turkey bacon which gave a nice bite and more saltiness to balance out the sweetness of the sauce.

The Yung Raja was the most unique burger out of the ones we tried. Fun fact: this burger is named after Singapore’s bilingual rapper, Yung Raja, a close friend of 21 Sliders’ managing director. This had a grilled masala chicken patty, paired with butter chicken sauce, lettuce and coriander. This burger lacked texture as compared to the others as the sauce soaked through the vegetables. However, the chicken thigh itself was tender and juicy. I did like the seasoning with its complexity of varying spices.

In contrast, the sauce was creamy and slightly sweet which helped mellow down the complexity of the masala. If you like something out of the ordinary, this would be the one for you. We also got some accompanying sides, which were the Truffle Tots (S$10) and the Drums & Wings (S$10). The Truffle Tots tasted really good with a nice crunch on the outside and a fluffy centre. I appreciated that the truffle flavour was prominent and well-distributed throughout the dish. The addition of the egg was ingenious, as the runny yolk gave a creamy consistency to elevate its flavour.

With the turkey bacon for a contrasting texture, and topped off with grated parmesan cheese, this is definitely a delicious sharing side. 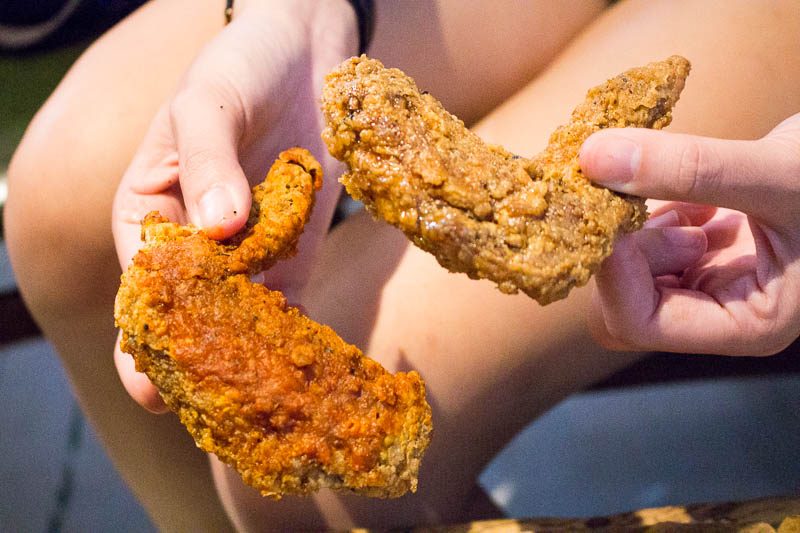 The Drums & Wings had options for sauce, which we went with Garlic Butter and Hot N Spicy. I liked that the skin was thin and well-coated in the sauces, encompassing succulent meat within. I preferred the former, which was very fragrant from all the herbs used.

The touch of creaminess enhanced the flavour, which made it very appetising. While the latter was a tad too spicy for me, it was tasty and still left me wanting for more. If you love yourself some heat, you will definitely appreciate it.

21 Sliders is a great place to get some quality burgers and generous sides if you are looking for comfort food. Plus, the environment is perfect to sit back and chill out. Plus, you also get to appreciate artwork at Deck. Those who have been yearning for 21 Sliders to open a place of their own with seating, you know where to go!