To meet the growing demand for healthier food, 4Fingers has taken their menu up a notch by offering a meatless option. You can now head over to any outlet in Singapore and try the 4Fingers Chickless Wings and Nuggets.

In collaboration with Quorn, they’ve produced two version of their Chickless options. Even though the Chickless Wings were made only with sustainable Mycoprotein (fungi-based protein), it tasted very much like breaded chicken tenders. 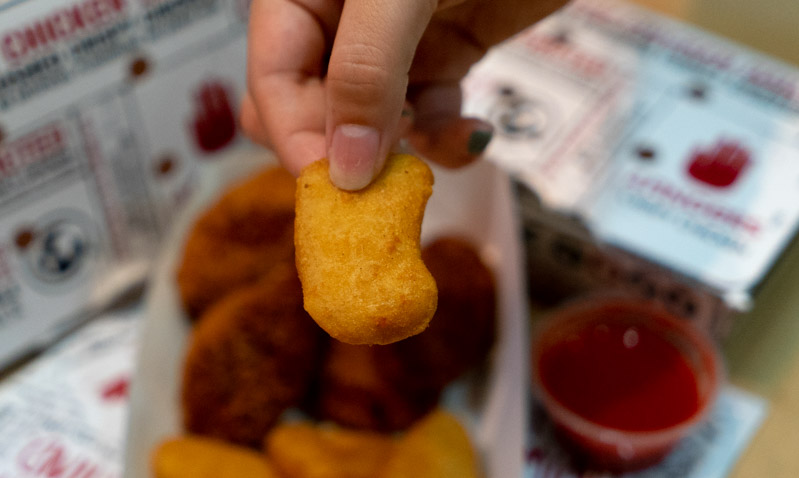 The nuggets, on the other hand, weren’t as fantastic. The texture was somewhat like usual nuggets, but they fall short when it comes to taste. It would’ve tasted better with a little more seasoning, so I’d recommend dipping each piece into the Sriracha or plum sauce.

Even though there are so many meatless options out there these days, the Chickless Wings from 4Fingers definitely stood out. It’s pretty worth a try, so go chickless at any 4Fingers outlet today!