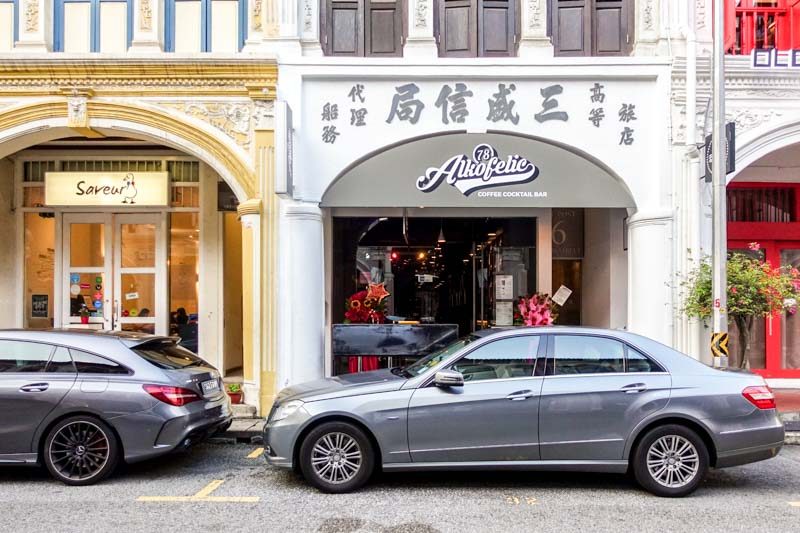 Cocktail bars are aplenty here in Singapore, and each one distinguishes itself from the others by attempting to offer either bespoke tipple or provide a snazzy ambience that’s unrivalled.

Here at 78 Alkofelic at Purvis Street, their goal is to be the prime purveyor of coffee cocktails. 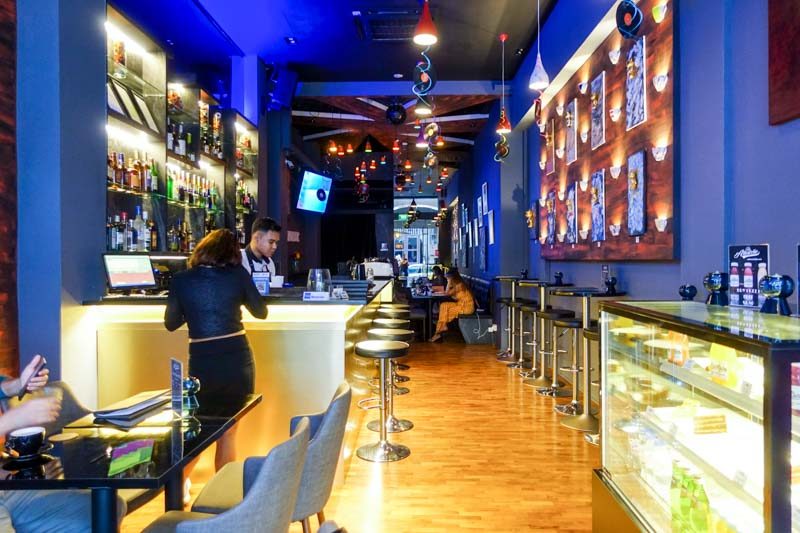 Based solely on its novel concept, one would hope (at least I had hoped) for a bar that had gorgeous wood trimmings that would complement the curated roasts used in their cocktails.

Instead, I was greeted by a narrow space that was drowning in an almost-neon acid blue light, succumbed to ear-numbing House beats. Safe to say, I was rather let down. 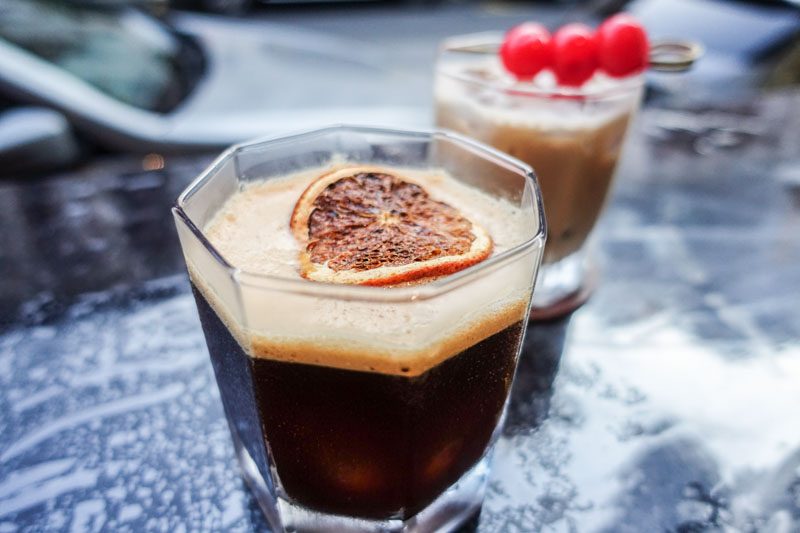 The Flying Singaporean (S$13.80) is well worth every penny, not only because it’s kind to your wallet, but it’s also loaded with three potent ingredients that will either make you stay up past your bedtime, or put you right to sleep.

It’s made with absinthe, XO and coffee, making a favourite for anyone who loves stout. The bitterness wasn’t as pronounced, however, and we would liken it more to enjoying an iced coffee with a cheeky amount of booze to keep you lucid, yet at ease. 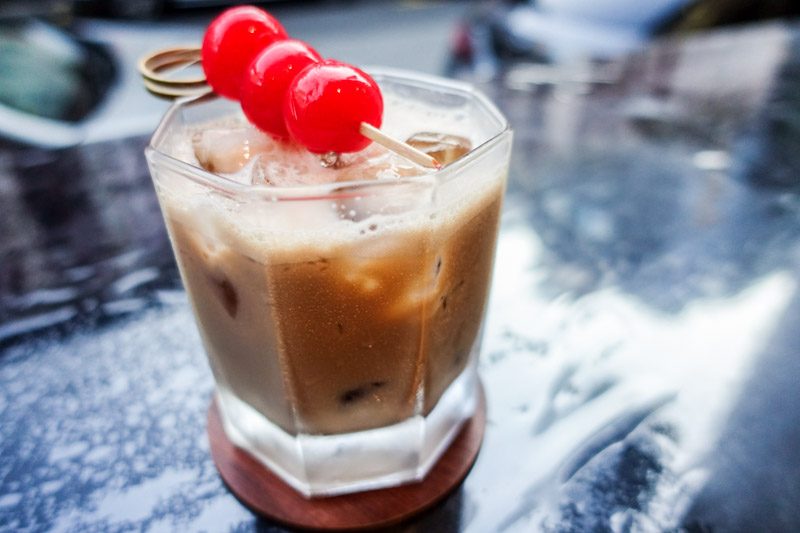 Those who prefer a milkier cocktail will take to Romeo’s Juliet (S$13.80) easily. It’s almost too easy to swig, given its straightforward recipe of Patron XO, Frangelico, Bailey’s and fresh milk. In my opinion, anything with Bailey’s makes it an adult’s chocolate milk.

This one, though, had a more rounded flavour, with Frangelico boosting the cocktail aptly with an adequate lashing of nutty hazelnut essence. I’m not a fan of dairy-based drinks, but I could have downed this in three seconds flat, if ever there was a situation that needed me to. 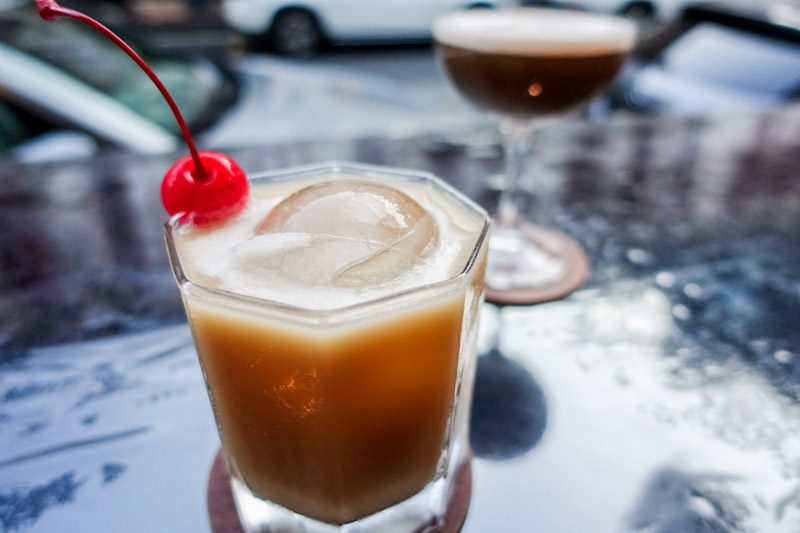 Presented similarly to the previous one, don’t be fooled; the Scotch Tea (S$13.80) was distinguishably different just by the aroma alone. Using chai masala tea as its base, the familiar spicy kick hit my nose the second I put the drink up to my lips, despite the intermingling of scotch and evaporated milk.

What I appreciated most was how the chai masala tea still stood its ground, while the scotch merely played the role of partisan of the drink as a whole, in collaboration with the evaporated milk. It wasn’t excessively sweet, and I took my time to nurse the drink as I awaited the food to come. 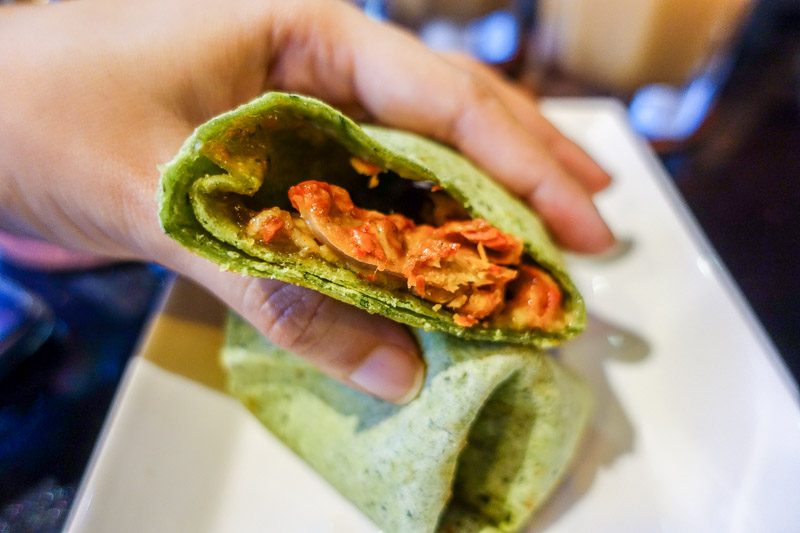 To be frank, I wasn’t expecting the food to be remarkable by any standards, and I was proven right at the sight of their Tandoori Chicken Basil Wrap (S$7.80). It was a disappointing sight, from the flat, green and chewy wrap, right down to the mediocre tandoori chicken filling.

I couldn’t decide if it was the limpness that made me sad, or the lack of seasoning completely. Either way, I reckon anyone could make a better wrap themselves with store-bought protein and conventional supermarket tortilla wraps. 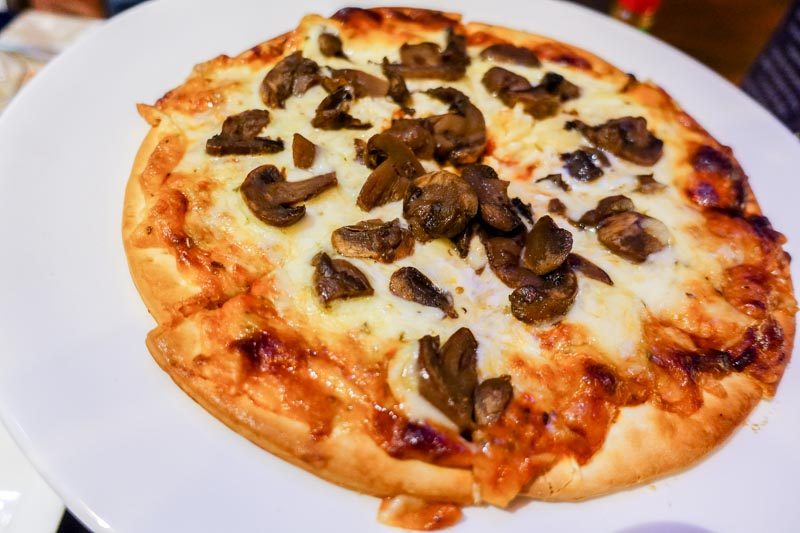 They also offer three different types of pizza, from which we went with the Mushroom Pizza (S$13.80). I don’t know what I was anticipating (perhaps some signs of redemption from their kitchen?). The crust was so clearly familiar — the kind that Sunshine instant pizzas use, that crumbles almost like a cookie and dense.

I shouldn’t have put much hope in 78 Alkofelic’s pizzas when clearly, pizza shouldn’t belong anywhere near a cocktail bar to start with. I was secretly rooting for this place to etch an impression in me, but other than the handful of coffee cocktails that I’d tried, the deafening music and the shoddy standard of food made me reluctant to consider a return.

From the get-go, 78 Alkofelic made itself look promising, based on a winning formula of its one-of-a-kind coffee cocktails. Regretfully, that is all there is to the place, and after a drink (or two), you’ll want to hop over to other note-worthy bars in the area.