Ask anyone for their opinion on the best mee rebus in Singapore, and Afandi Hawa & Family Mee Rebus will probably be in contention for that title. Sharing space with the stretch of Muslim stalls at Haig Market and Food Centre, Afandi Hawa and Family is run by 33-year-old second-generation owner, Ahmad, who is now helming the business after his father passed it down to him. The original stall was founded by Afandi Ahmad at the old Paya Lebar Airport in 1967, and his son took over the business in 2008.

Every morning, they arrive at 5am to brew their soup for their Soto Ayam (S$3), and their signature mee rebus gravy is concocted daily with fresh produce they buy from the wet market. Their Mee Rebus (S$3) features yellow mee, a boiled egg, beansprouts and tau kwa drenched in their signature sauce and topped with spring onions, green chilli, fried shallots, lime, and coriander. Just from looking at the plate, I could tell how rich the sauce was going to be, and I eagerly dived in.

What makes their Mee Rebus so special is that the sauce is made from a unique addition of shrimp, flower crab, and mutton. Coupled with the sweet potato puree found in most mee rebus gravies, Afandi’s sauce is said to be the defining factor of its worthiness as one of the top places in Singapore to get your mee rebus fix.

Umami and bursting with flavours, the sauce was viscous, with a combination of both sweet and savoury. The shrimp and flower crab used in the sauce lent it that sweetness and a slight brininess, while the sweet potato puree helped to thicken it and add a gritty texture that went well with the noodles. 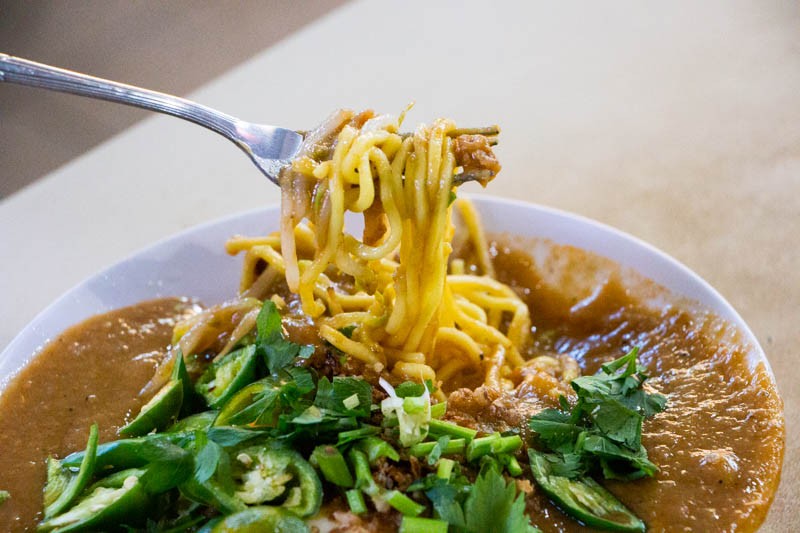 Meanwhile, the noodles were soft but still firm enough, with the usual alkaline taste that comes with yellow mee. The smoothness of the noodles enabled me to coat each strand with the indulgent gravy and slurp up both at the same time, creating a rich and savoury mouthful.

Drizzling the lime over the mee rebus made for a subtle sour-sweet tingling in my mouth, while the green chilli and fried shallots gave the dish that extra crunch and spicy kick to balance out the thickness of the gravy. The tau kwa and the full boiled egg, which is a rarity, played with the texture of the dish and helped to temper the rich gravy. You can also request for mutton scraps to be included in your meal if you like.  By the time I finished my meal here at around 6pm, a long queue had already started to form outside Afandi Hawa & Family’s stall, which speaks volumes of the authenticity of their Muslim fare. 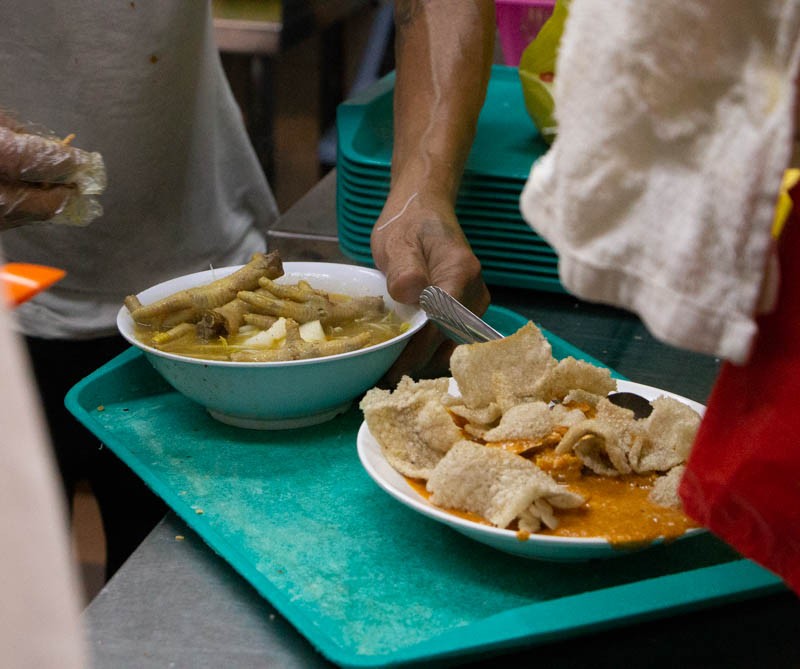 Although I haven’t had many plates of mee rebus before, I can safely say that the mee rebus from Afandi Hawa & Family is definitely one of the best that I’ve tried. While most of the ingredients used are pretty conventional, they nailed the gravy by including their own personal touch, which is arguably the most important component in mee rebus.

Apart from Mee Rebus, Afandi Hawa & Family is also known for their Mee Soto (S$3), Gado-Gado (S$3), and more. A suggestion from the stall’s regulars is to order a piece of Begedil (S$0.50) to go along with your Mee Rebus to soak up all the excess gravy once you’re done with the ingredients. However, the taste of their gravy may not always be consistent, as the addition of shrimp, flower crab and mutton may depend on the availability of the ingredients in the market that morning. Nonetheless, if you’re searching for the best mee rebus in Singapore, this would still be on my list of recommendations with its rich and flavourful gravy.

Get your tastebuds ready! Penang International Food Festival is back from 20-28 August 2022