Ah Hoe Mee Pok 阿和面薄: Where Your Mee Are In Good Hands Of A Japanese Chef A Japanese man manning a Bar Chor Mee stall in a coffeeshop is not something anyone would come across often. We may question, “Har, nice ah?”, Would it taste Japanese?”, “Is it still considered Bak Chor Mee?”

I went down to Ah Hoe Mee Pok 阿和面薄, tried and tasted the food from the very hands of Naoji Kuribana, to find out if it’ll taste good. 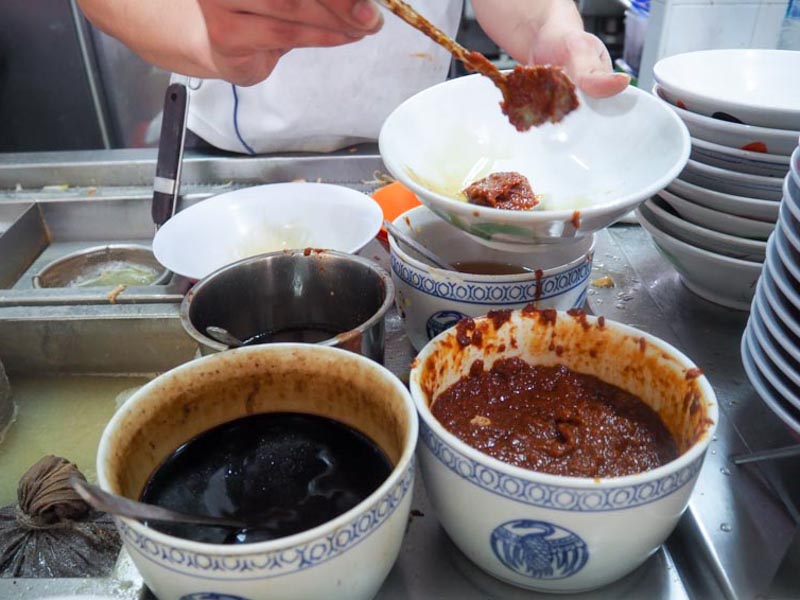 A jovial-looking and humble Naoji-san was more than happy to guide me through the Bak Chor Mee-making process and how he came into this business.

He was all smiles when recalling the startup days and his Japanese version of our favourite local bak chor mee. It all started a few years back, when Naoji-san was also working in the same coffeeshop serving up Japanese food. After trying his neighbour’s Ah Hoe Mee Pok noodle, he fell in love with it instantly, the then owner Mr Eric Chia took Naoji-san in and imparted him his secret recipe.

Having passed on the techniques of making bak chor mee, Eric left to open another stall in Blk 501 West Coast Drive, handing over this stall to Naoji-san, who later also opened a second stall at Blk 713 Clementi West Street 2, helmed by his wife and son.

Some of the popular items include the Mushroom Minced Meat Noodle ($4/5) and Meat Ball Soup ($4). Currently, Naoji-san is also rolling out two new dishes with a Miso or Shoyu touch. Hence, for these two self creations, he named them as Ah Li Mee Pok 阿栗面薄 instead of Ah Hoe Mee Pok 阿和面薄.  Certainly something exciting to look forward to! 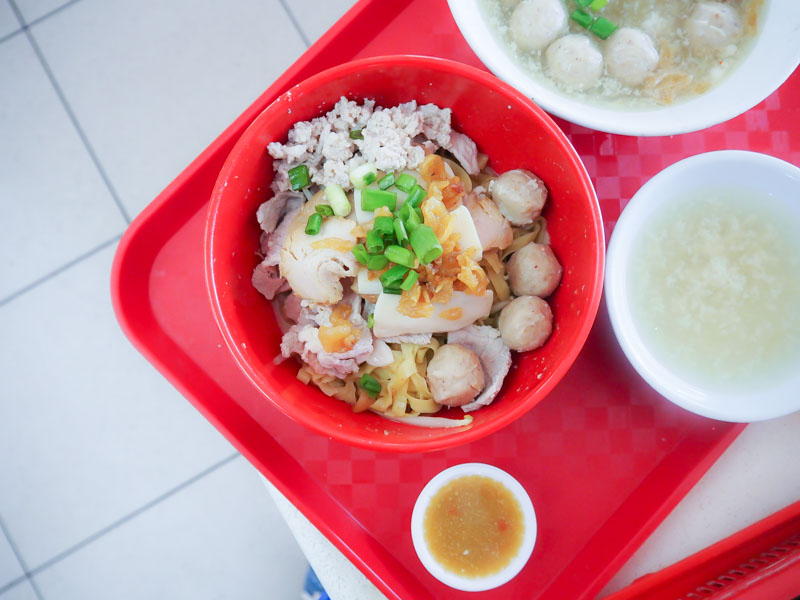 As I watched my five-dollar Mushroom Minced Meat Mee Pok being cooked, I noticed it was all deftly and meticulously prepared.

Firstly, ingredient such as chilli and black vinegar are added in. This is followed by blanching the noodles in the hot soup according to a timer set diligently for each batch of noodles being cooked.  This is to ensure the best consistency in the noodle texture for every bowl.

Beep Beep Beep. Once the timer sounds, the noodles are transferred into the same bowl and tossed again to be mixed evenly with the sauces. Finally, he adds abalone slices, meat balls, minced pork and braised mushrooms into the noodle. Feeling hungry? 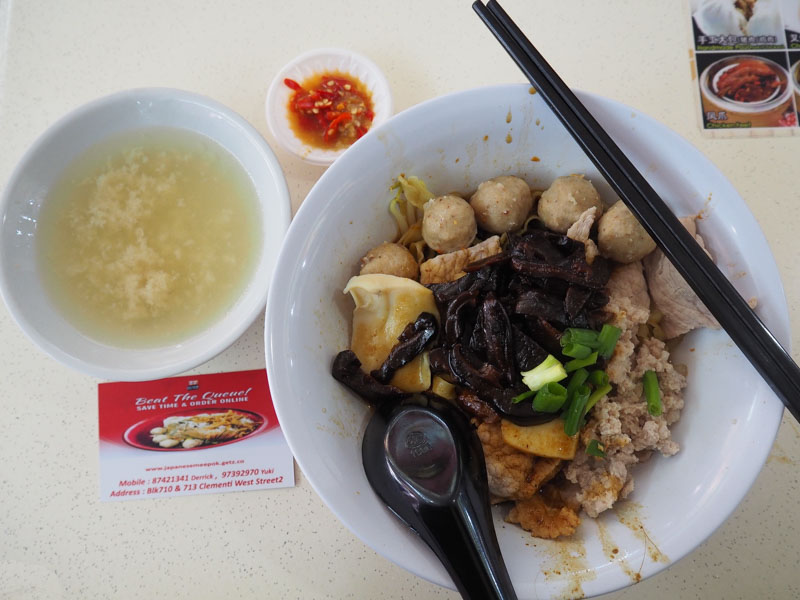 From the looks of it, the Bak Chor Mee is generously loaded with ingredients. I find the minced meat and pork slices tender and juicy, not too tough and just nice to chew upon.

The highlight is the mushrooms that are braised in a pot, which are tastier and adds much flavour to the overall dish. The five dollar bowl also comes with three slices of abalone and five meat balls. That sounds worthy. 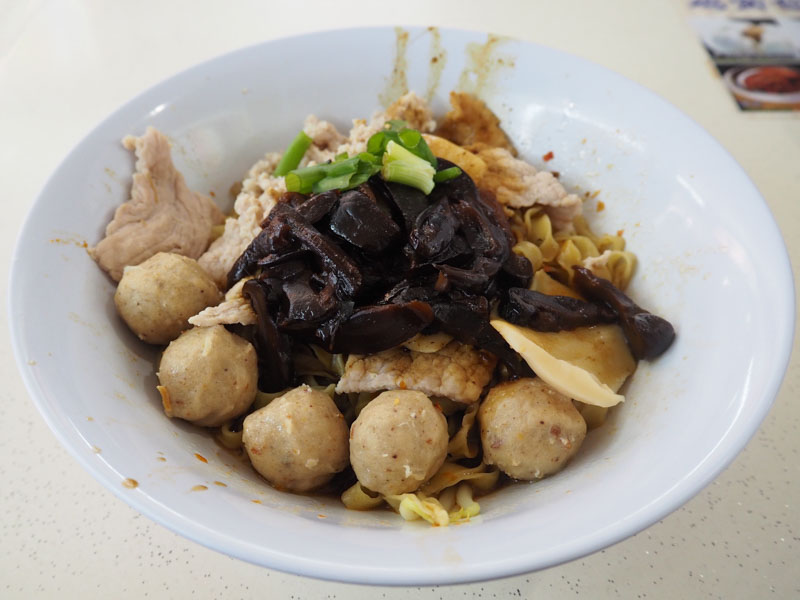 As for the noodles, they are firm and springy. The best part is each strand having coated consistently with the sauce, hardly needing much stirring nor scrapping for the sauce beneath.

In anticipation, I slurped the noodles to determine how the sauce would turn out. The verdict? I find the sauce lighter in taste than the usual vinegar-driven Bak Chor Mee I have had before. It is also slightly on the sweeter side which I was initially skeptical of.

However, as I continue with the savoury mushrooms coupled with the addition of some chopped chilli, I am surprised to discover a balanced taste, neither too sweet nor salty. In a nutshell, Ah Hoe Mee Pok is worth a try. Be prepared to queue, otherwise try to go early before the lunch crowd or near their closing time.

Naoji-san has also revealed that he is currently developing a Tonkatsu based soup for his noodles. Hopefully once he has perfected the taste, we would be seeing something different in the hawker scene.