The minute the uncle from Apollo Fresh Cockle Fried Kway Teow started up his grill, I could smell the spicy smokiness from where I was seated in Marine Parade Food Centre. Involuntarily, my stomach grumbled. 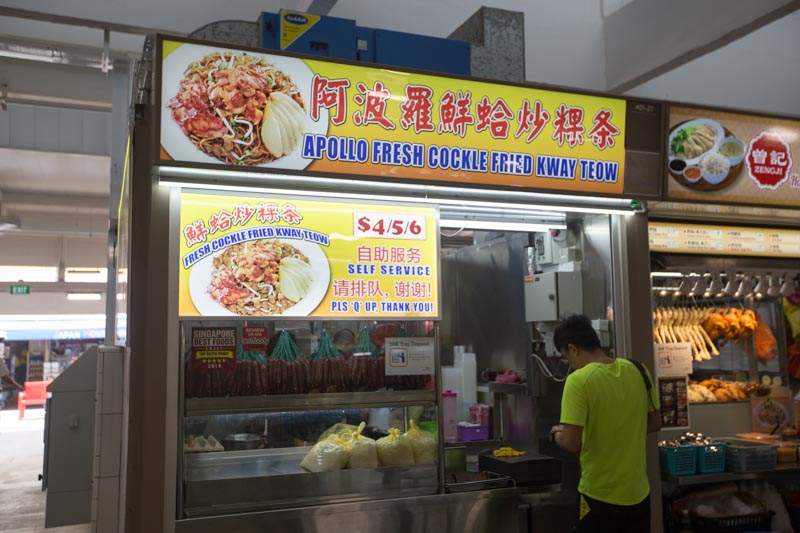 This char kway teow stall is one of the stars of Marine Parade Food Centre, alongside other famous eats like Kun Ji (which sells braised duck rice and sports one of the longest queues in the hawker centre), D’Authentic Nasi Lemak, and many more. 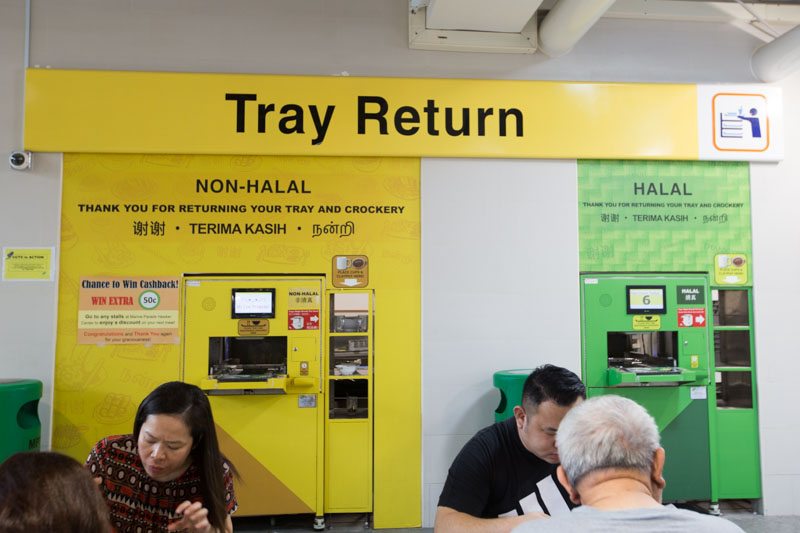 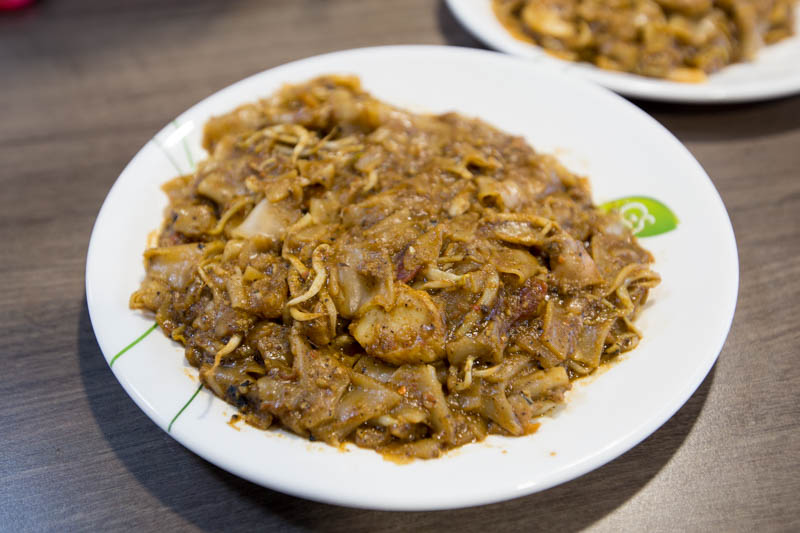 Apollo Fresh Cockle Fried Kway Teow is known for its wetter Char Kway Teow (S$4/S$5/S$6)—the kind that’s served to you in an unappetising brown heap. Despite how it looked, the smell of the char kway teow won me over instantly. It was smoky and pungent, with an intense sharpness from the garlic and pepper, and I couldn’t wait to dig in. I picked up a random heap of kway teow, lap cheong and beansprouts and the minute I ate it, I tasted a fresh burst of roasted pepperiness. It reminded me of deep-fried black pepper chicken—fragrant, intense, and bitingly sharp.

As I continued to chew, an aromatic garlic flavour and lots of wok hei started to come through, which could only have been achieved by a good amount of time on the wok. The chilli only hit me afterwards and left me covered in a thin sheen of sweat. It was tingly and spicy, the exact kind that’d make your nose run. This was definitely different from your average plate of char kway teow, which would typically be glistening with oil and drenched in dark soy sauce—it was more wet than oily, and it was more garlicky than sweet.

However, it was still pretty delicious and I liked how it was more aromatic and smoky than sweet or salty—some char kway teow I’ve come across are just plain salty. The kway teow pieces were cut into short strips and they were silky and soft. Its wetter texture didn’t throw me off either. In fact, it was just as if I was eating a plate of chee cheong fun that was slick with tangy plum sauce and chilli—comforting, indulgent, and completely satisfying. 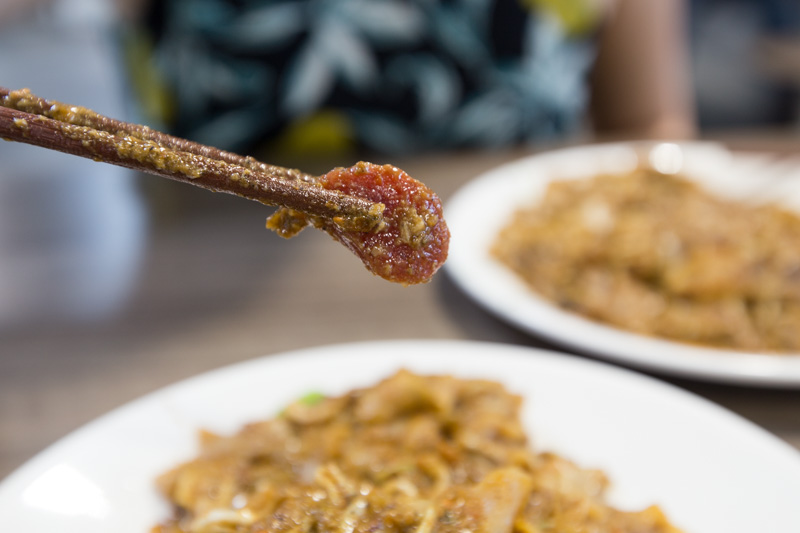 I counted about four or five slices of lap cheong in my S$5 plate of Char Kway Teow, which I ate in alternate bites with my noodles. It added a rich burst of saltiness to the dish, just like salted fish flakes in a bowl of claypot rice, which helped to cleanse my palate of the strong peppery flavours from the Char Kway Teow.

It might have been because everything was coloured in the same brownish hue, but I couldn’t find the cockles in the Char Kway Teow. After a couple of minutes of intense searching, I found a small handful of cockles but was disappointed to see that it was only about five to six small pieces.

I love that Apollo Fresh Cockle Fried Kway Teow’s style of cooking is different from other char kway teow places. It, of course, it all boils down to preference. Some might not like its strong garlicky and peppery flavours while others might enjoy that intense smokiness, but for the record, I wiped my entire plate clean.

Previous articleFood Showdown: Bangkok Street Mookata VS New Udon Thai Food – Which Mookata Is Better?
Next articleGranny’s Pancake: Get A Taste Of Nostalgia With Traditional Mee Jiang Kueh Under A Dollar At Ghim Moh