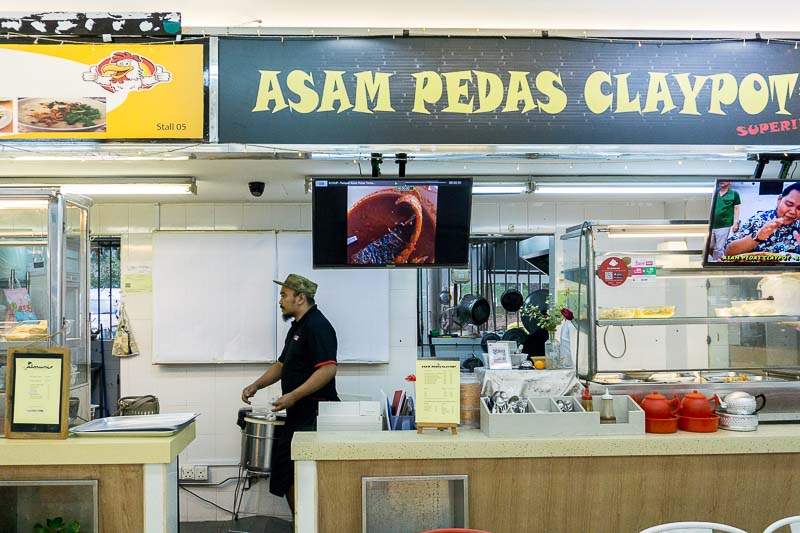 Is it just me or do dishes cooked in a claypot taste so much better? That’s probably the main reason why I was keen on checking out Asam Pedas Claypot Super when someone casually mentioned it to me.

I’m not a massive fan of assam pedas (a sour and spicy fish stew dish), but when I’m craving something spicy and tangy, it does the trick. It might be a bit of work to locate the stall which is located in a coffee shop in Ghim Moh, but trying to find it just might be worth the effort. 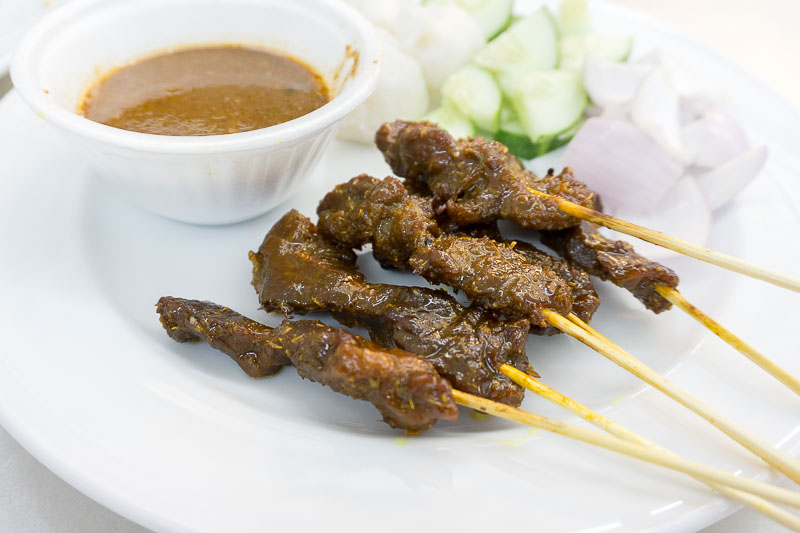 It’s actually a stall that’s a joint effort with its neighbour, which allowed us to get smaller dishes to tide over our hunger as we waited for the assam pedas. It might take about 15 to 20 minutes, as the dish is cooked-to-order. Pre-order the day before, as they pride themselves on the freshness of ingredients.

To temporarily satiate our hunger, we had Beef Satay (S$0.80 per stick). While it wasn’t the best satay we’ve eaten, it was aptly seasoned. The peanut sauce lacked depth and was slightly watery, unfortunately. 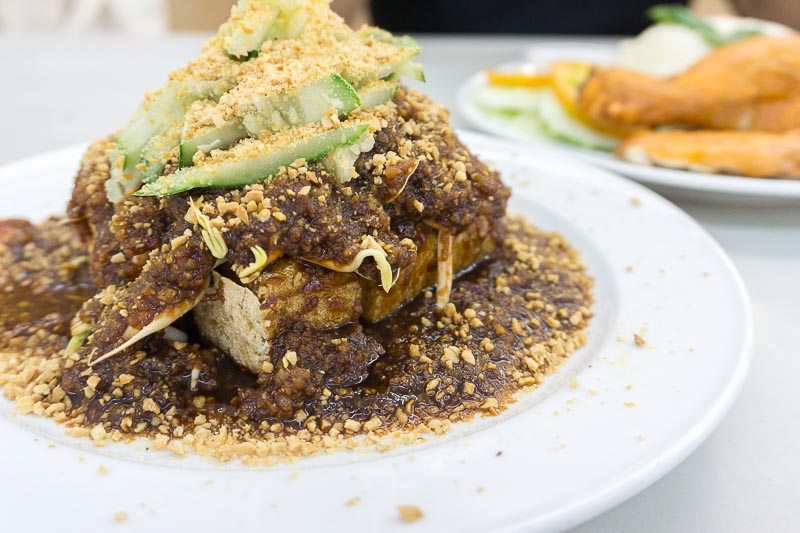 The Tahu Goreng (S$4) on the other hand, was what everyone at the table was scrambling for. It was gloriously drenched in sweet dark sauce, peppered with ample crushed peanuts and the fried tofu cubes were satisfyingly plump.

The dish was gone in minutes! 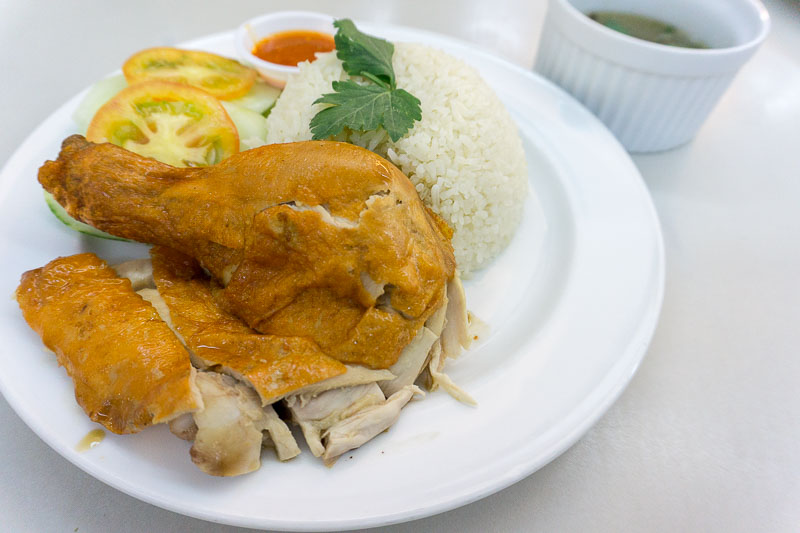 I was egged on to hurry with photos as the rest of us were dying to dig into the wallet-friendly Chicken Rice (S$4). Served with a sizeable drumstick (with the skin on), the rice was fragrant and the chicken meat, tender and juicy.

For a modest serving and an even humbler price point, their Chicken Rice is pretty good. 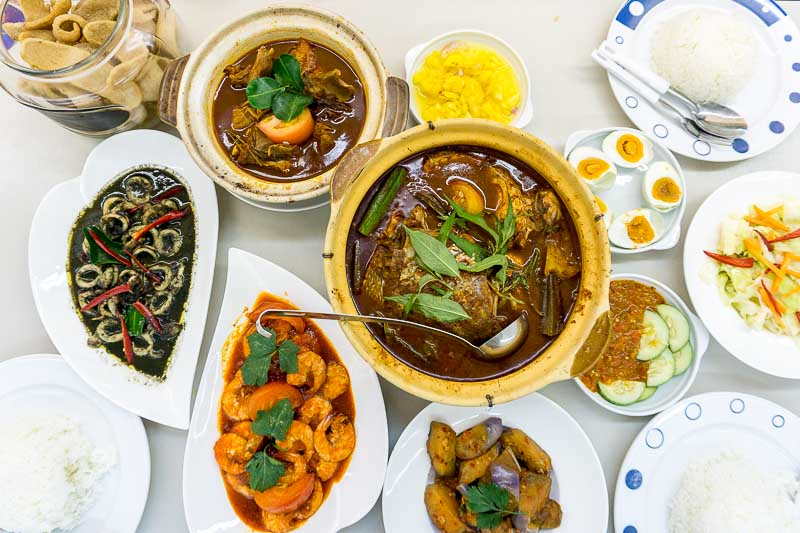 We had to wait a little longer than expected because they wanted to ensure they served all the dishes together. But no matter, once all the remaining dishes arrived, excitement levels rose. 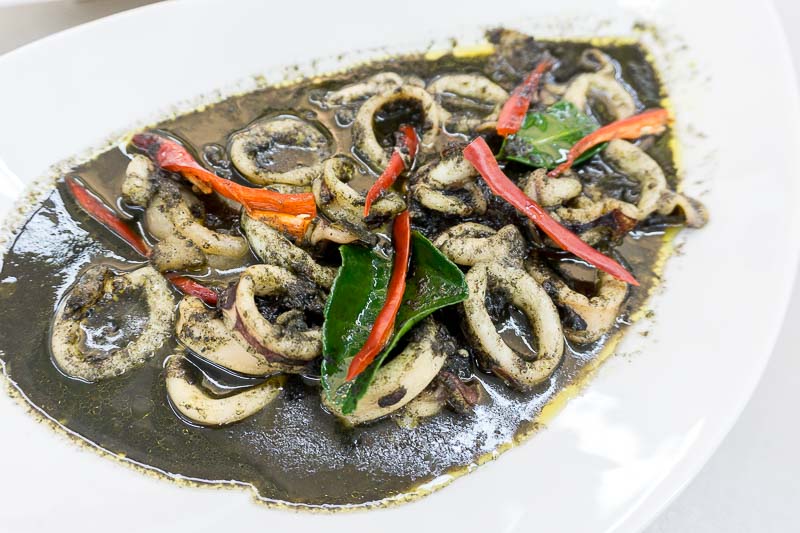 You’d think I’d head straight for the star of the meal, but I wanted to leave that for the last. Instead, I tried to get into their Squid (S$10), cooked with its own ink. It’s a very traditional Malay dish, but I rarely get the opportunity to have it.

The squid rings were a tad tough for me, but the black gravy was delicious, with a subtle spicy kick. 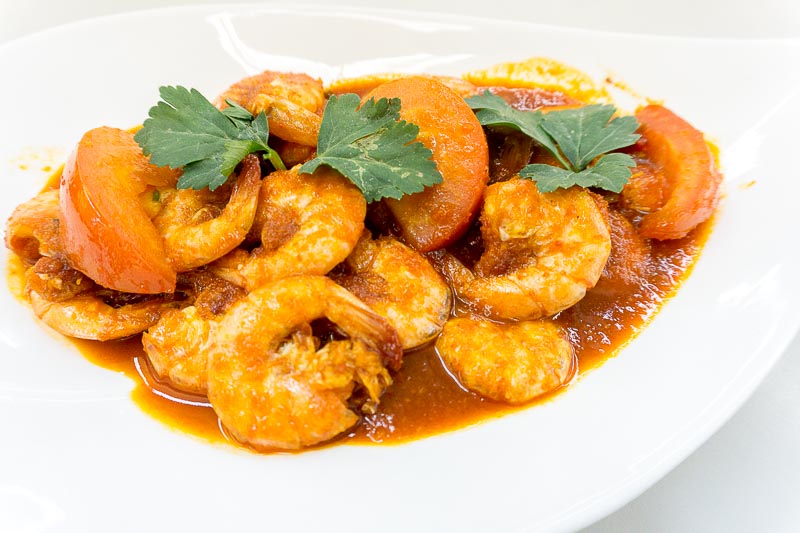 I wanted to really enjoy the Prawn (S$12), cooked in a tomato-chilli sauce. The sauce, I couldn’t fault; it was lip-smackingly delicious and served as a great gravy to dribble all over rice. However, the prawns were mediocre in size and the shells were difficult to peel.

It could be an issue of freshness, but whatever the reason, I wasn’t very satisfied with this dish. 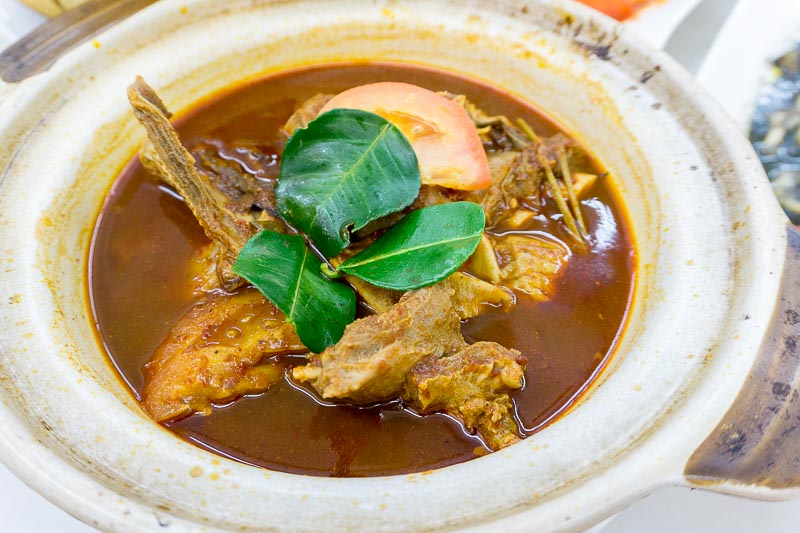 One of their speciality assam claypot dishes is Asam Pedas Rib (Rusuk) (S$15 for dine-in, S$18 for take-away). I, for one, have never heard of using beef ribs to create an assam pedas dish, so I was really looking forward to trying it. 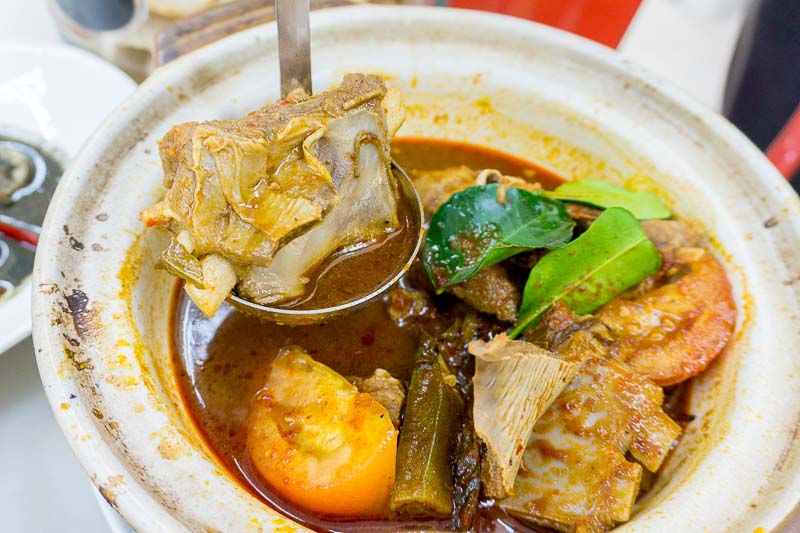 Asam Pedas Claypot Super certainly wasn’t stingy with the portions, as this could easily feed about three people. I took out a piece and started to attempt to cut a bite. I tried for about 10 seconds, and the meat simply refused to give way.

It was extremely chewy, much to my dismay. I thought I was the only one unfortunate enough to land an unsatisfactory piece, but everyone else at the table shared similar sentiments. The gravy was exceptionally hearty, though, and I loved the rich aroma of spices and tomatoes. 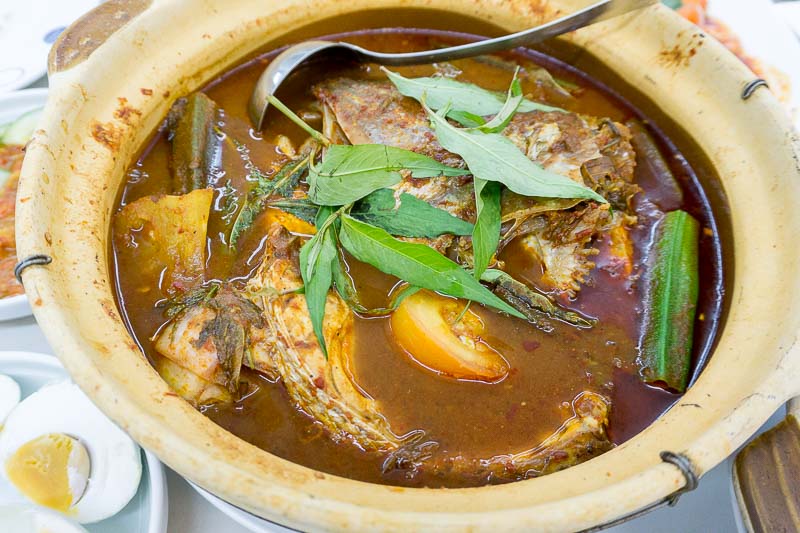 And so, the highlight of the evening finally had its turn — Asam Pedas Fish Head + 2 Steak (Kepala) (S$20 for both dine-in and takeaway). There’s plenty of fish meat here for about three people as well, since the fish steaks are pretty hefty in size. 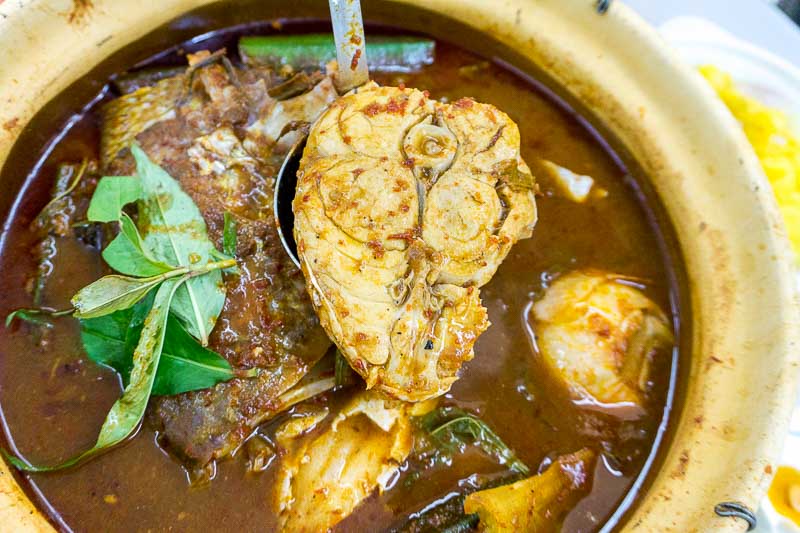 The fish was very meaty, yet flaky. It soaked up the tangy and spicy gravy — similar to the previous assam pedas claypot dish, but a lot less heavy on the palate.

Did we go all in and savour the fish head as well? Let’s just say we made sure to scrape off the flesh from its cheeks, leaving the eyeballs as the least desirable part.

Overall, between the two assam pedas claypot dishes, the fish version was hands-down the better of the two.

I was banking on being impressed by homely, authentic Malay assam pedas cooked in claypot. Sadly, the only thing I really enjoyed was the Chicken Rice and their Asam Pedas Fish Head + 2 Steak (Kepala).

I suppose if you’re in the area, or you live nearby, and the weather warrants something soothing, spicy and comforting, Asam Pedas Claypot Super would be a place to consider.