Bao Boy: Have An IncrediBao Time With Fusion Baos By Butcher Boy In Clarke Quay

Chef Andrew Walsh of Butcher Boy and Cure has done it again. 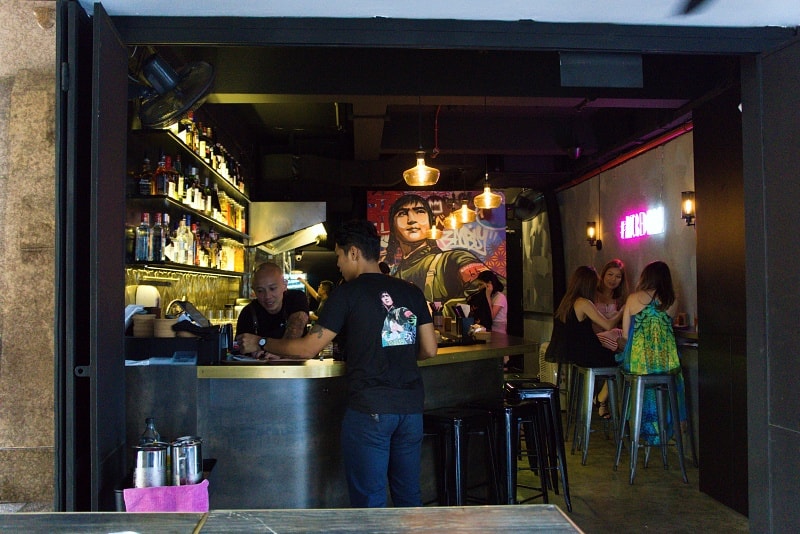 Butcher Boy’s steamed bao sandwiches, created as a spin-off during the initial burger craze, were a hit with the masses.

Chef Andrew decided to ride on their success and venture into a whole new bao-centric concept. With that, Bao Boy was born. 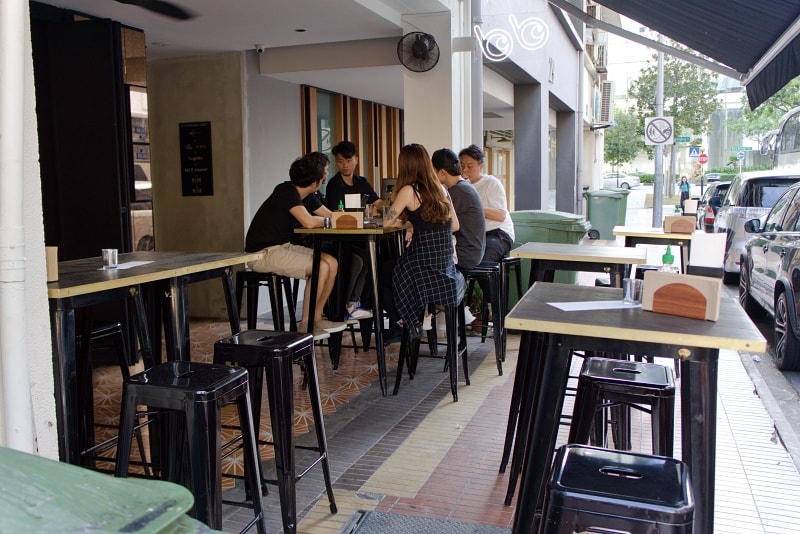 It’s the perfect spot for a chill get-together with a small group of friends. 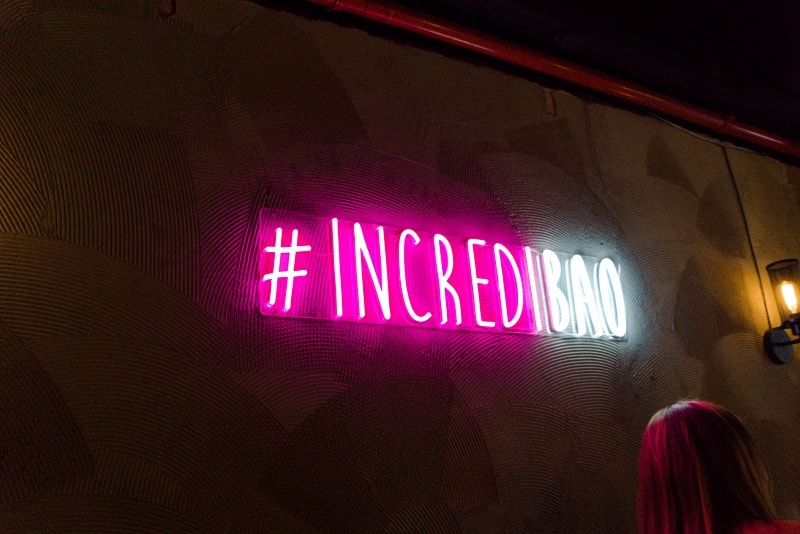 Dine under the pink hue of the bright #INCREDIBAO neon sign. The open-concept kitchen is flanked by an inspiring locally-produced mural titled “Great Leap”.

Featuring a collage of visual elements inspired by the surrounding businesses around Hong Kong Street, it also uses the figure of a female Chinese revolutionary as a symbol of courage and change. 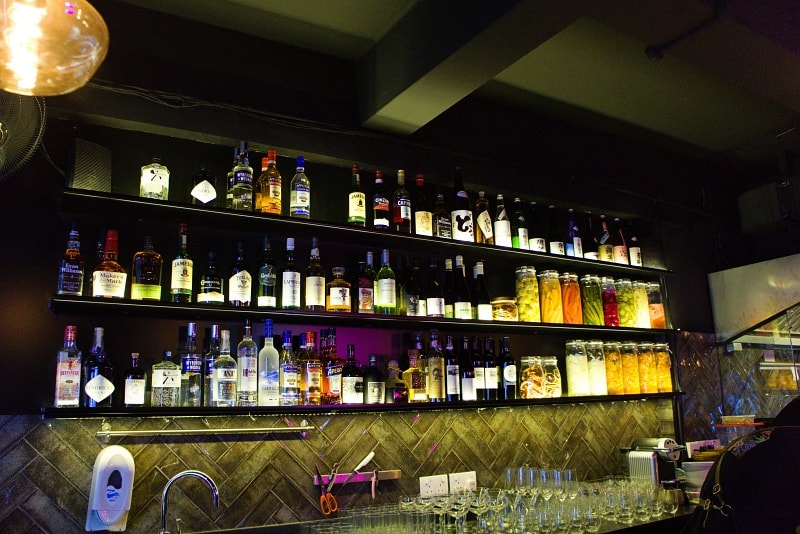 I took my time to admire the alcohol-lined shelves and jars of pickled vegetables. 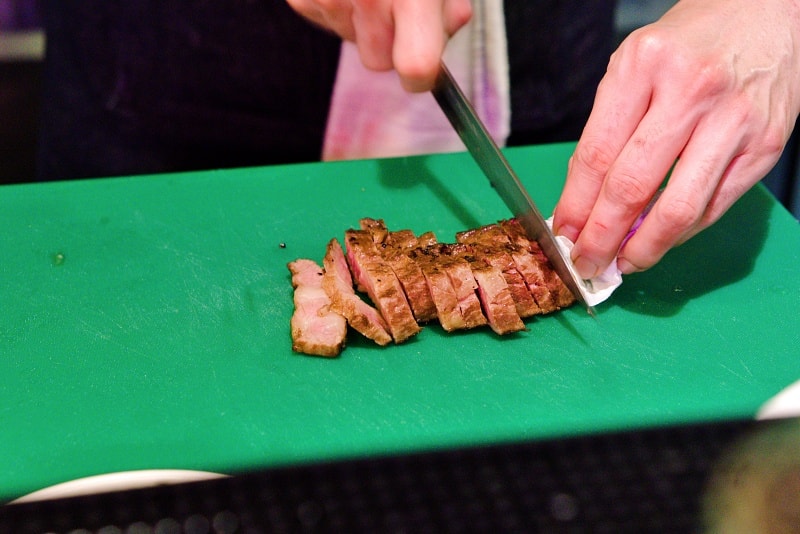 Our kitchen counter seats enabled us to watch the chefs at work. The absence of bag baskets underneath our seats was an inconvenience, especially since I had quite a lot of things with me.

Thankfully, I was distracted half the time, practically drooling as I observed this hunk of short rib being sliced. 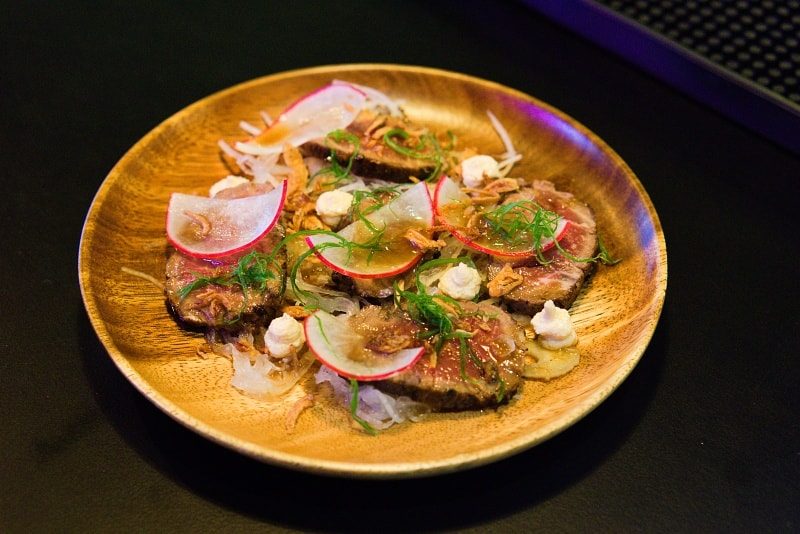 The one and only sharing plate we tried, the Beef Tataki (S$14), was absolutely sublime.

I was instantly hit by the fragrance of sesame miso, followed by a pleasant buzz of heat from the wasabi cream. Every lightly seared slice of beef was juicy, tender and chewy. The initial saltiness was balanced out by the finishing touches of fresh, crunchy radish and fried shallots.

I had the goofiest grin on my face as I wiped the plate clean. So good. We looked on in anticipation as the chef prepared our steamed bao sandwiches. 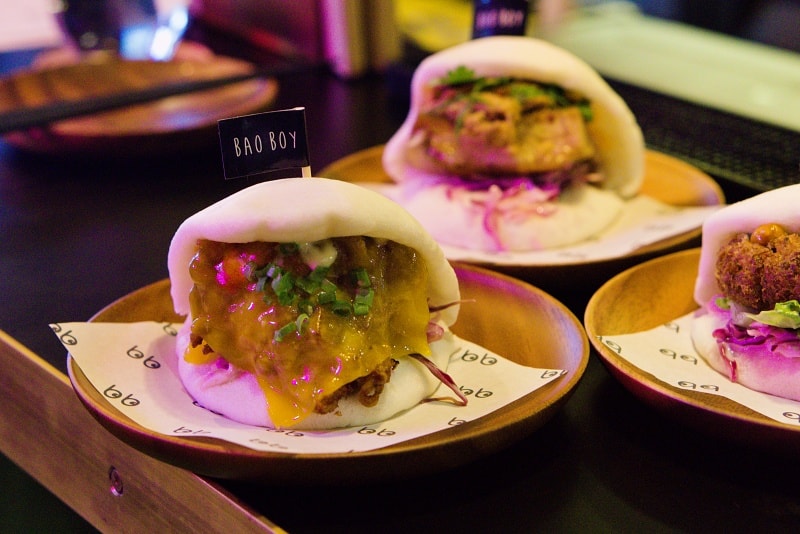 Don’t underestimate them – each bao was distinctly larger in size than your average kong bak bao (braised pork belly bun).

They’re easy to eat and can be picked up with one hand, but beware! The possibility of it falling apart is high. 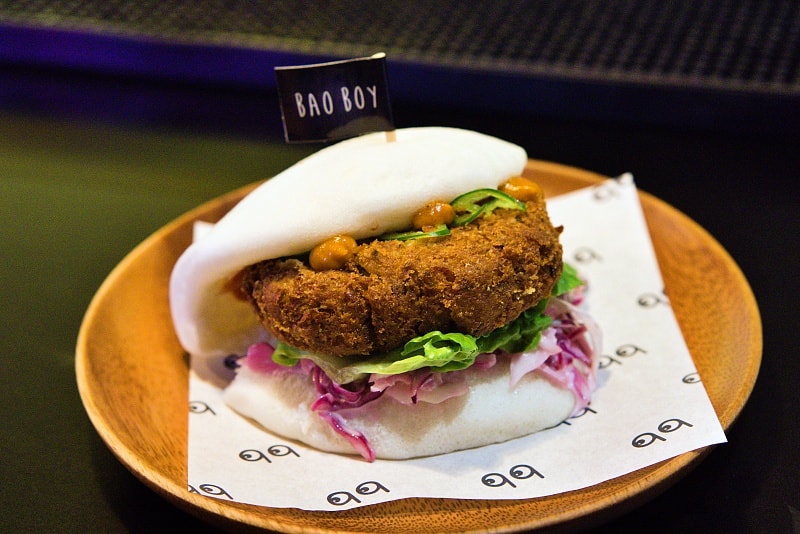 The only vegetarian option on the menu is the hearty Chickpea Falafel Bao (S$14), a crisp falafel patty with a soft, crumbly interior.

I’m personally not big on falafel, but the spicy, sriracha-like sesame harissa (a blend of sesame tahini and a nutty house-fermented harissa sauce) was convincing enough. This was a lot more filling than expected. What better way to pack on the protein? The Pulled Pork Banh Mi Bao (S$15) is a twist on the Vietnamese staple, featuring liver parfait, sweet and spicy sriracha, and a gloriously fatty slab of Iberico pork jowl. 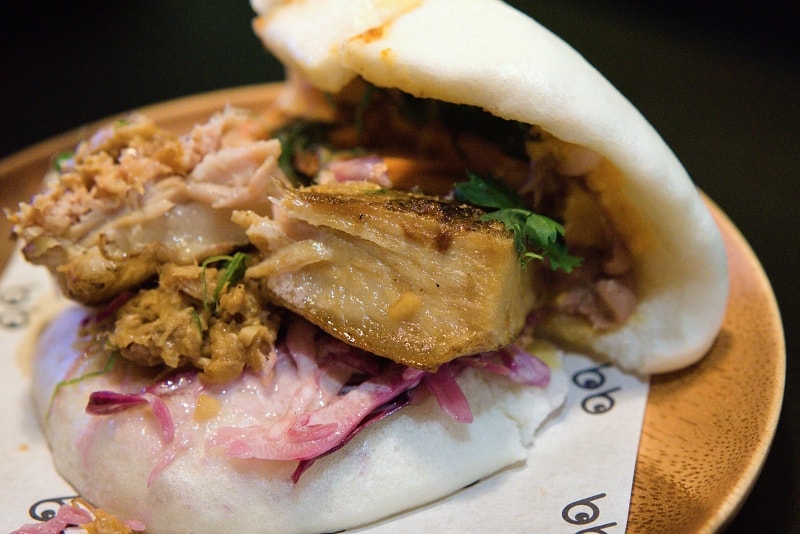 While the zingy sweetness of the cabbage was pivotal in balancing out the pork fat, this got extremely rich and jelak after a couple of bites. The meat to fat ratio simply didn’t make the cut. 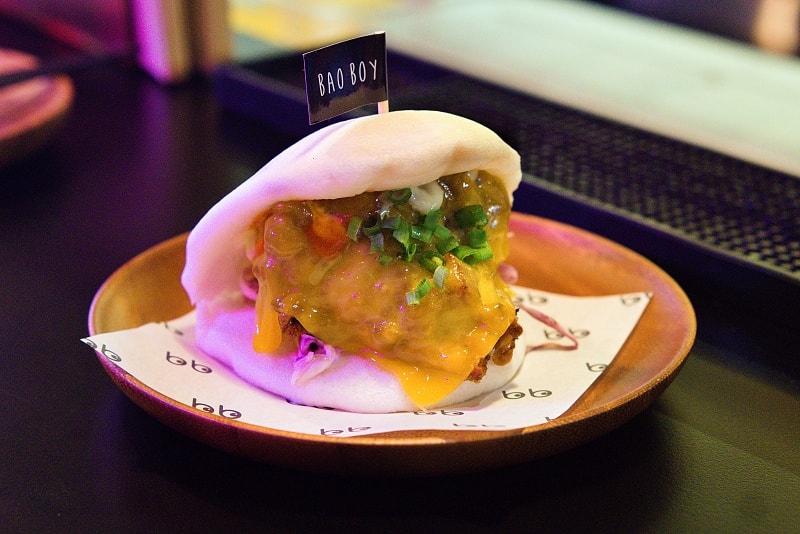 On the bright side, I would gladly return for the crowd-favourite Fried Chicken & Cheese Bao (S$16).

It didn’t look like much at first impression, but appearances can be deceiving. I had high expectations for this crisp and juicy buttermilk-soaked fried chicken thigh, and it thankfully lived up to every single one of them. 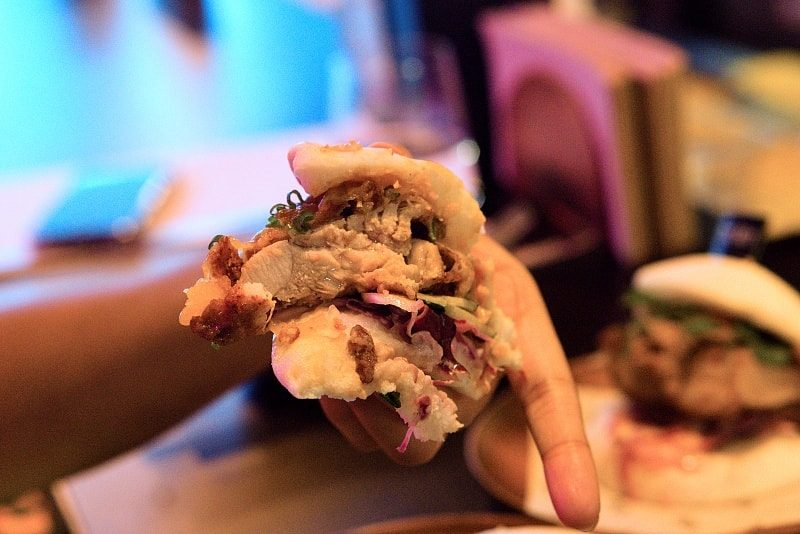 The mild citrusy spice of the yuzu kosho was an excellent complement to the crunchy cabbage and salty cheese. This was one downright dirty and delicious bao. I would take it over a chicken burger any day.

I’m afraid the photo doesn’t do it justice, but who cares, just order it! It was undoubtedly the bao of the hour.

Bao Boy and its pillowy steamed buns are already drawing in the crowds. Be sure to make reservations if you don’t want to be disappointed.

I’m looking forward to a wider variety of food offerings but till then, the solid alcohol selection and convivial atmosphere will keep you entertained.

Now you know where to knock back some beers and baos on a Friday evening.