11 Best Oyster Omelettes in Singapore for You to Clam On Oyster omelette, or Orh luak, as Singaporeans call it, is an extreme love or hate affair.

For oyster lovers, I suppose the oyster omelette is a food item which they will go for without hesitation. As for some of us who do not fancy eating oysters, perhaps you may not like the feeling of these sloshy critters sliding along the walls of your palate.

Nonetheless, it is my pleasure to introduce the oyster omelette as the most innocuous dish for the ostraconophobic, i.e. people who fear eating various kinds of shellfish.

Starch is mixed into the egg batter while whipping up the omelette, hence giving it a thick consistency. Trust me, the result is a gastronomic blend of crisp that goes really well with the juicy and wild taste of oysters.

I hereby recommend these hawker stalls in Singapore that offer the best conjuring of oyster omelettes which will make you fall in love with this outlandish delicacy. 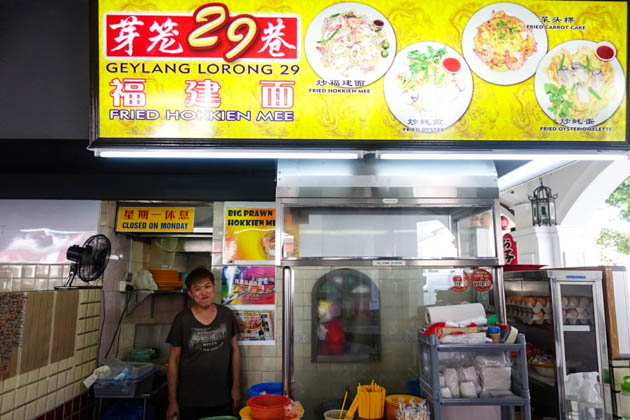 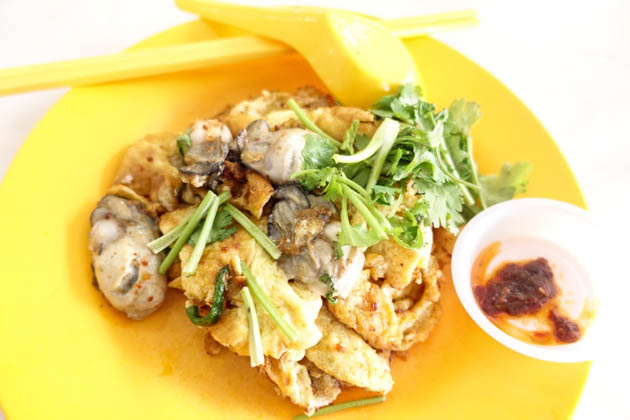 One of the few hawker stalls that still uses charcoal to cook and prepare its dishes, the owner of Geylang Lor 29 Fried Hokkien Mee has been in the business for more than forty years. Making use of the same cooking method to prepare hokkien mee, the fried oyster omelette ($5.00) from this stall is special, in that the oysters used are shipped directly from Korea.

The oysters had a bouncy texture upon bite and exude a pleasant chilli-filled spicy fragrance. Apart from the chilli that was fried together with the dish, the Chilli served alongside it was a unique recipe containing dried prawns, onions and fried shallots. 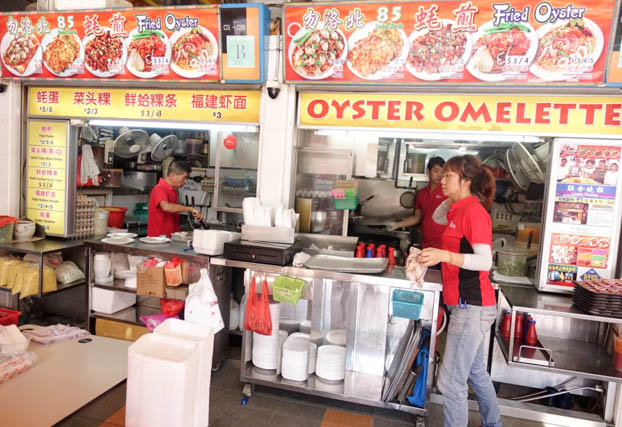 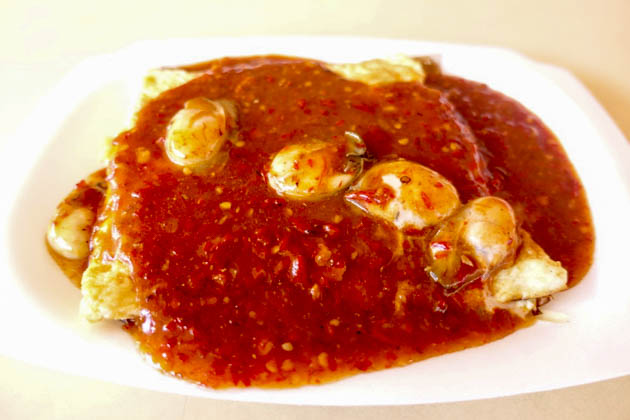 There are many stalls here at Fengshan Market & Food Centre, with a couple of oyster omelette stalls being featured in various media platforms already. Hence, I decided to try something out of the norm.

The fried oyster omelette ($5.00) at the stall named ’85 Bedok North Fried Oyster’ has an extraordinary way of presenting its dish with a thick gravy of spicy Chilli sauce that topped and covered the whole oyster omelette.

The oysters were of a soft and soggy texture, and I felt that they had a slightly raw taste to them. Nonetheless, it was a good pairing with the unique Chilli gravy. The entire dish was one that was aromatic in taste.

Considered an upscale food place to try the oyster omelette, Chui Huay Lim’s version of this dish does not fail your taste buds. The oyster omelette ($14.00) exceeds the expected standards, basing on the exceptional and genuine taste value which diners can get from paying for this dish.

The oyster omelette at this Teochew restaurant has a special taste, in that it has a gooey texture to the omelette while the taste of oysters is fresh and subtle, with the absence of any raw taste. A delightful indulgence indeed. 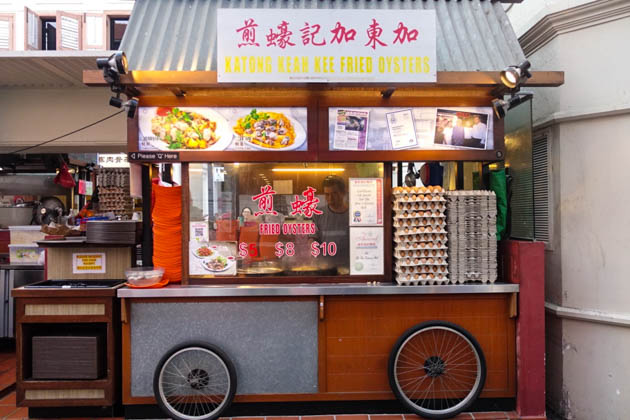 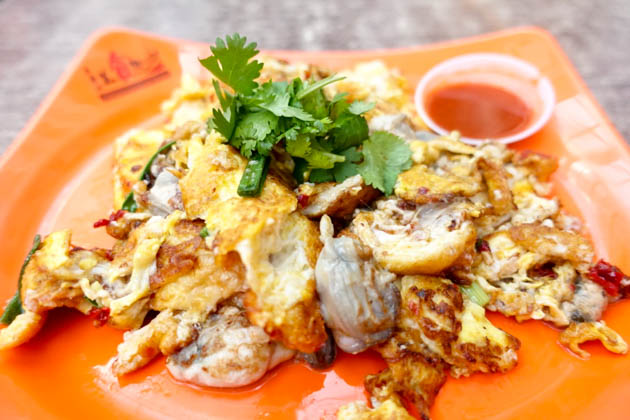 Situated within Chinatown Food Street, the latest dining attraction in Singapore which adopts the concept of ‘old meets new’, the oyster omelette offered at this store is actually termed oyster egg ($8.00). Instead of the usual concept of pairing omelette with oysters, Katong Keah Kee actually stir-fries the egg together with the oysters without starch.

The result was a fragrant pairing of crispy fried egg with chewy and oozy oysters. Felt that it was oilier than the usual omelettes, but this dish was no doubt juicier and more juicy and flavourful. 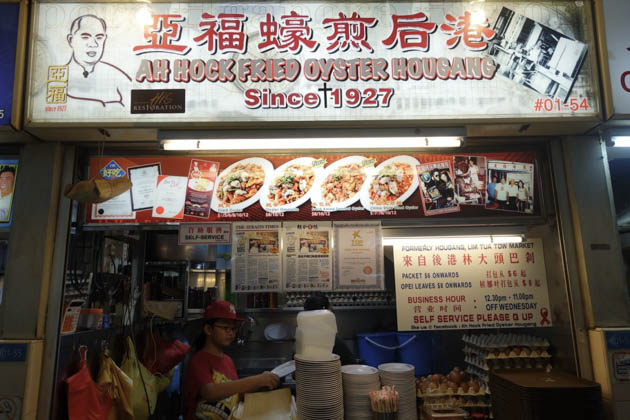 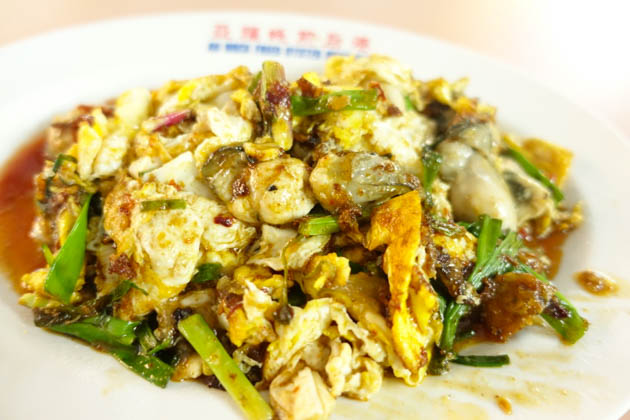 Another stall that adopts the concept of using fried egg instead of omelette to pair with the oysters, the oyster omelette ($8.00) here is made up of fried egg done to a good degree of cook, with the absence of any charred bits. The fried egg was fragrant with its chilli taste, it was a little oily though.

What was most delightful about the oyster omelette at this stall is that every piece of oyster is cooked to a smooth and moist texture, with a smooth jelly-like texture that has an explosion of flavour when bitten into. 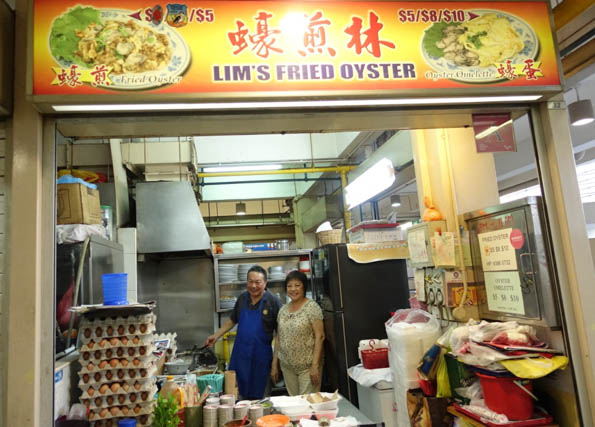 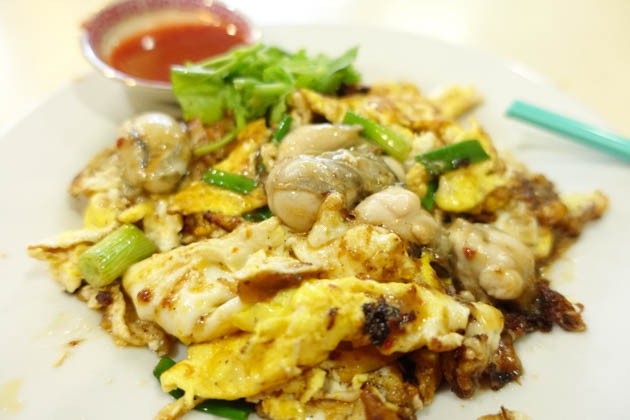 One of the longest established oyster omelette stalls located in the central, busy Jalan Besar area, the Lim couple has been running this stall for more than thirty years. Goes to show how well they are in maintaining the quality of their dish flavours in meeting the standard of taste for Singaporeans across generations.

Managed to try out their oyster omelette ($5.00). Cooked with chilli in it, the fried egg exudes a stimulating fragrance upon munching into it. The korean oysters are stir-fried with chilli and are ‘wetter’ than usual. I especially love the slimy, jelly-like texture with hints of crisp edges. 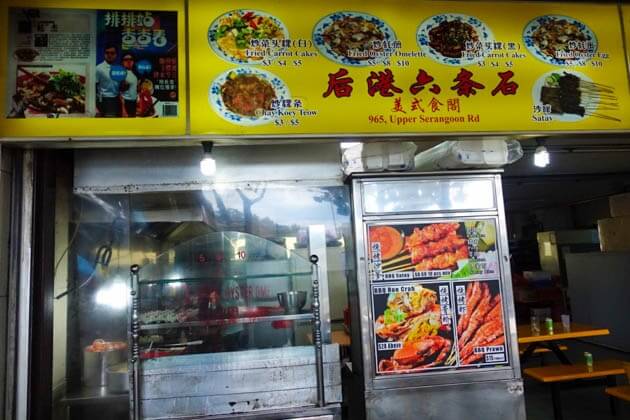 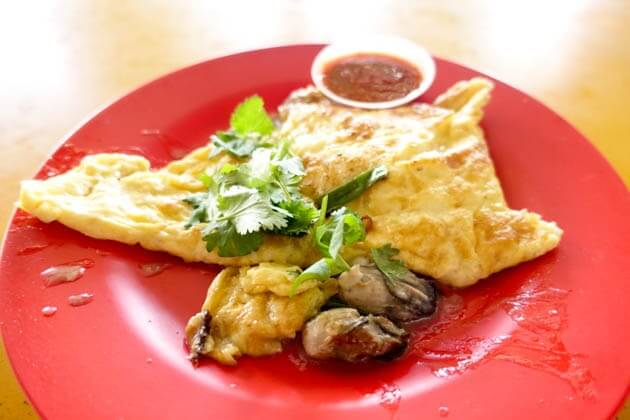 The parsley served was very fresh also, offering a refreshing cleansing effect to the palate. 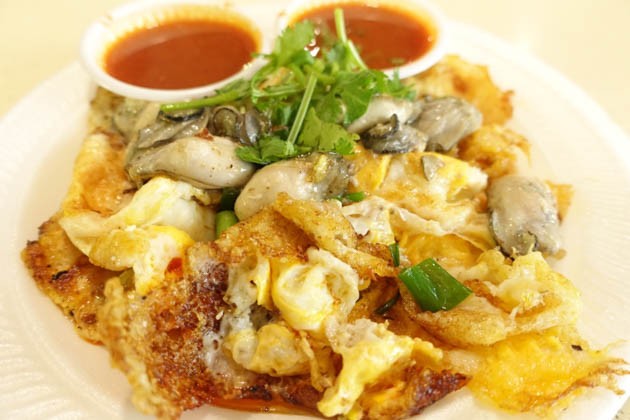 One of the many stalls at Newton Food Centre that is bustling with a beeline of customers during prime time dinnertime, and I decided to give their oyster omelette ($8.00) a try.

The interesting thing to highlight about this dish at this stall is the make-up of the omelette. It was presented as a whole piece of fried egg, uncut. I suppose this results in its very crispy texture upon munching it.

The oysters had a fishy, lingering aftertaste. I especially love the egg and could literally taste rough mix of egg white in between the strong tastes of egg yolk. The omelette was indeed a good base flavour for the oysters. As a whole, the dish was an appetising blend of both texture and flavour. 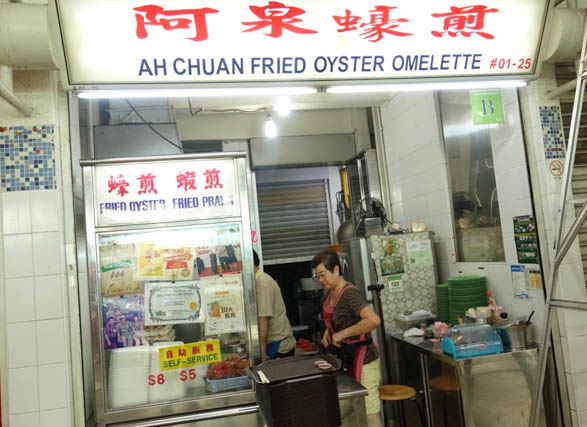 Situated within one of the most largely-populated housing avenue in Toa Payoh, the fried oyster omelette ($5.00) at the long-established Ah Chuan Fried Oyster Omelette has a reminisce of a traditional, old taste of the dish.

The entire dish is fragrant, with the oysters tasting fresh and juicy. What makes this dish from this stall stand out is the dense crisp of the fried omelette.

The egg yolk and white was evenly mixed for a consistent omelette that is heavily fried with a large fire for that crisp edge and puffy texture within. 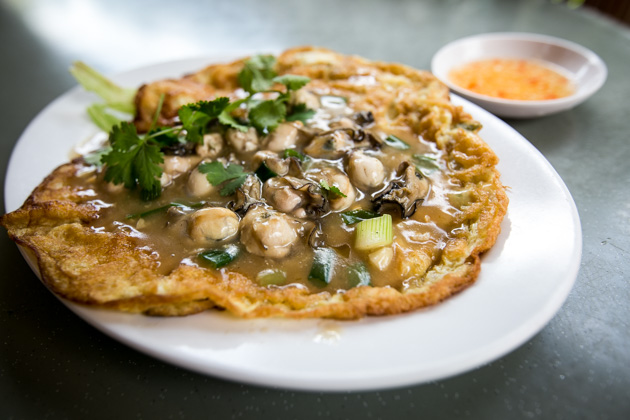 Not to be confused with the now retired Sin Ming road Ah Orh Seafood, this similarly named zhi char restaurant is actually opened by the elder brother and serves up authentic Teochew dishes as well.

The oyster omelette 豪蛋 ($13) here comes with especially plump and pre-boiled oysters that are clean tasting, in a gravy fried with oyster sauce. The egg omelette also doesn’t use starch at all, resulting in a particularly purist kind of oyster omelette.

Claimed by many as one of the best oyster omelettes in Singapore. 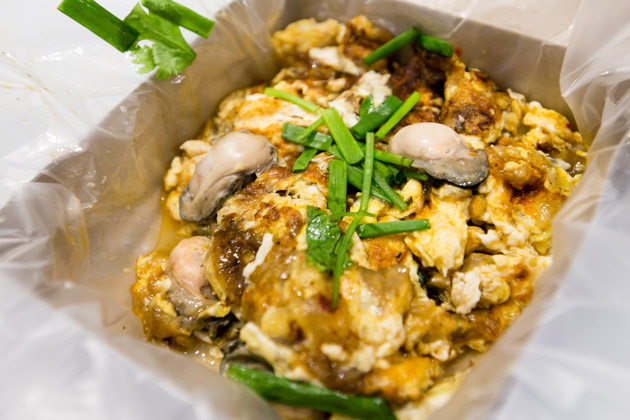 Huge oysters that aren’t overly fried, the ratio of egg to starch is excellent in this orh luak.

The starch is of such great consistency, it blends seamlessly with the fried eggs and you can can barely even taste the dull starch. That said, you are still getting the full-bodied texture of the omelette combined with egg. Sour and spicy chilli goes perfect with the plump oysters.

Ang Sa Lee also has an alternate version, the Fried Omelette 豪蛋 which is more expensive starting at $5 but uses purely eggs without any starch at all. This is Seth’s personal favorite oyster omelette.

Previous article12 Exotic Restaurants in Singapore for the Bold & Adventurous
Next articleGolden Peony CNY 2016: Put Your Money Where the Monkey Is