Blind Taste Test: We Tasted 14 Potato Chip Brands In Singapore, The Results Will Have You Questioning Your Favourite Brand

Potato chips, admit it, are there at every moment of our life’s highs and lows — from birthday parties to accompanying you through the long nights of studying. Not forgetting those precious times where you sneakily bag one into the theatres, or stuff your face silly while crying over a breakup.

You just need it in your life, and would probably want to have it now as you’re reading this article. Just as you’d have to be wise when choosing a good friend to lean on all your life, these bags of chips (although always half-full with air…meh!) are your comfort snack, a good reasoning to find the tastiest one. We did a blind taste-test in the office (with help from a whole bunch of colleagues from the other companies) to help you find the best potato chips to snack on. These brands were bought from the local supermarkets you can find around the island, so that they are easily accessible.

All of them were in their original flavours or seasoned with sea salt, to ensure the test would be consistent and fair. With 14 brands to choose from, even Seth had to take some time to mull over which of these taste the best. Just look at him in deep thoughts. 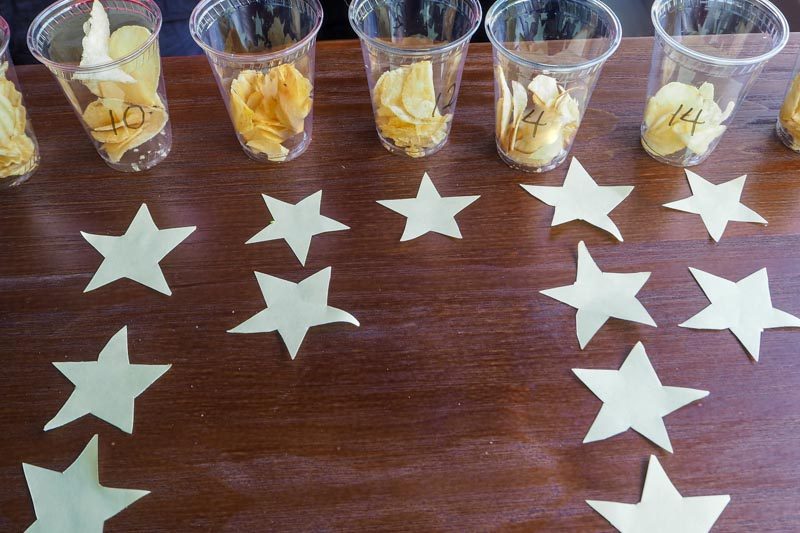 Here’s what went down during the voting session: The potato chips were poured into clear plastic cups and labeled with numbers randomly arranged.

Each taster is given three stars to place below the top three cups of chips they liked most. We had around 20 people come in to vote and award their coveted stars to their favourite unmarked chips.

Get ready to be utterly surprised by the general consensus for best potato chips! Here are the results ranked from least stars to the most awarded stars: 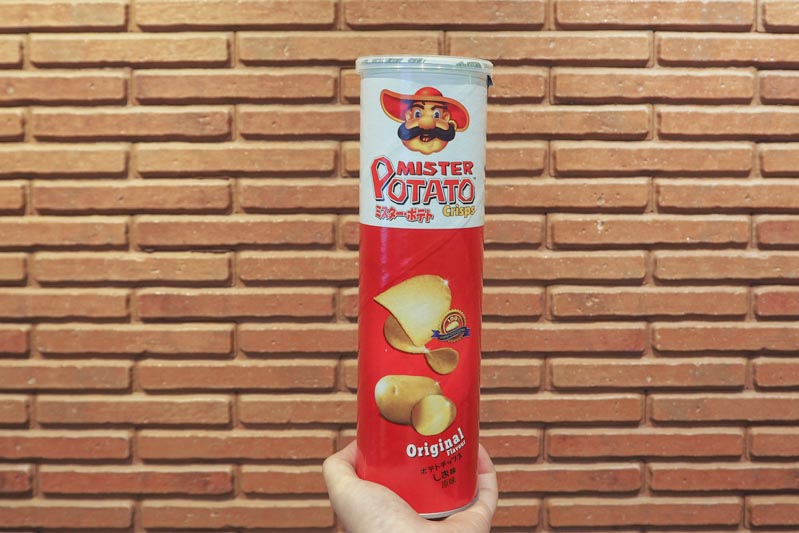 Packaged in the same style as Pringles, the two potato chips brand could possibly pit their fall in its perfectly cut chips that fits like a puzzle when taken out from the container.

No matter how much we tried to rearrange the chips in a disorderly fashion, to make it less obvious that they came from a tube, we still couldn’t conceal their signature organised stacks. Probably why they were given only one star each. 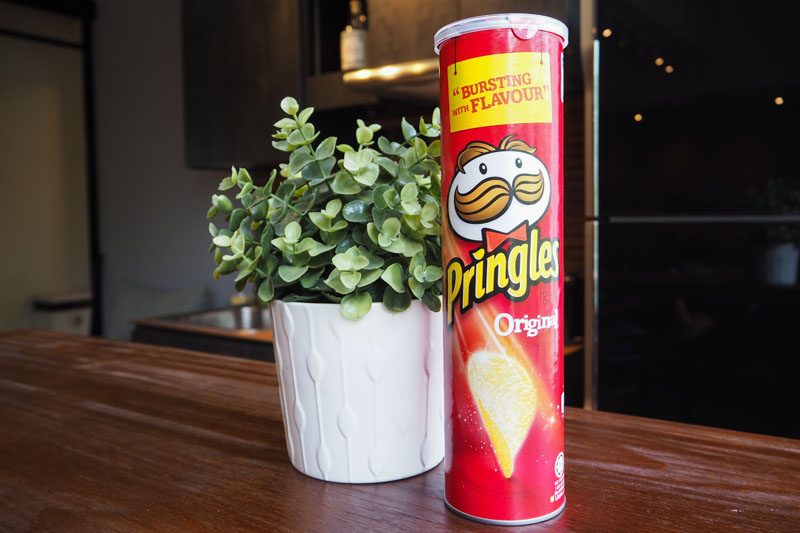 As mentioned in the above point, Pringles’ perfectly cut chips were a give away to its brand identity. Knowing that they belonged to either of the two brands, they were awarded the least stars in the taste test probably due to perception.

The stark difference between Pringles and Mister Potato was in the texture of the chips — Pringles being smoother and had a stronger starchy taste. 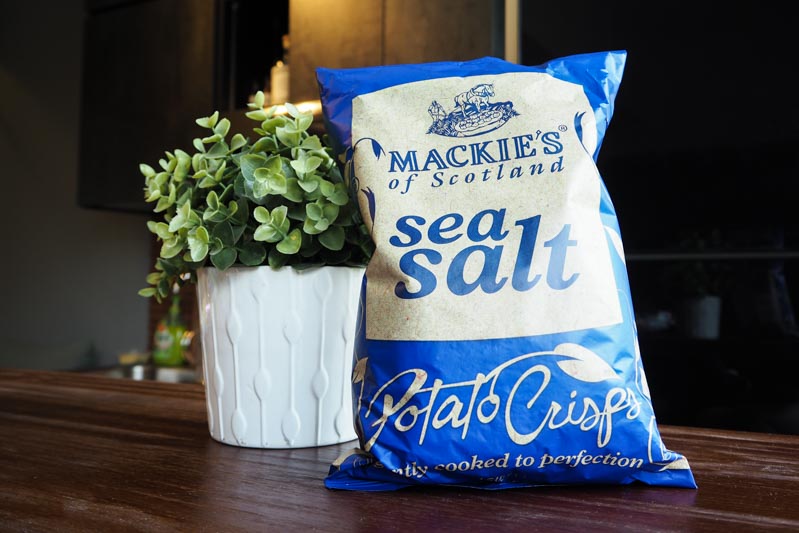 Light and crisps, Mackies’s of Scotland is probably the lesser known brands to the majority of taste-testers. Being unfamiliar to the taste, it has only garnering two stars. 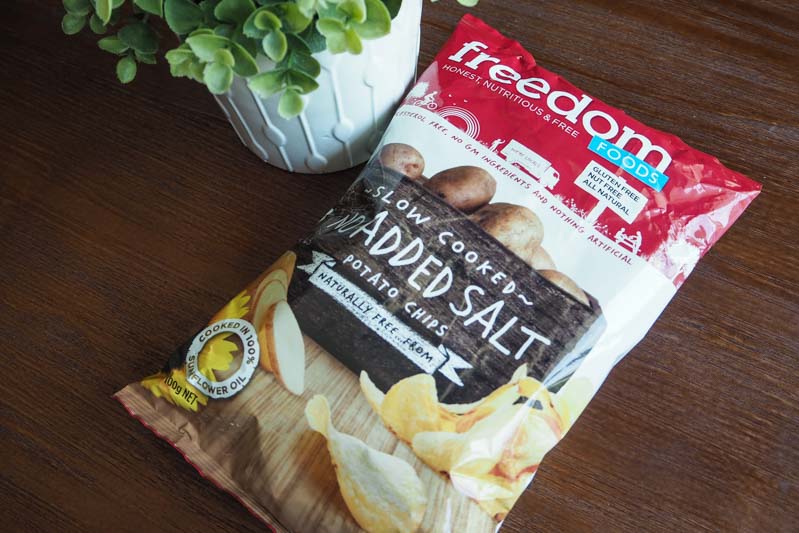 Freedom Foods potato chips prides itself for being gluten free, nut free, all natural, nothing artificial. The chips are slow cooked with no added salt. Naturally, it’ll have the least taste and flavour as compared to the other brands in this list.

If you’re looking for a healthier alternative, and would love to snack without feeling the guilt, you could opt for this pack the next time make a run to the supermarket. 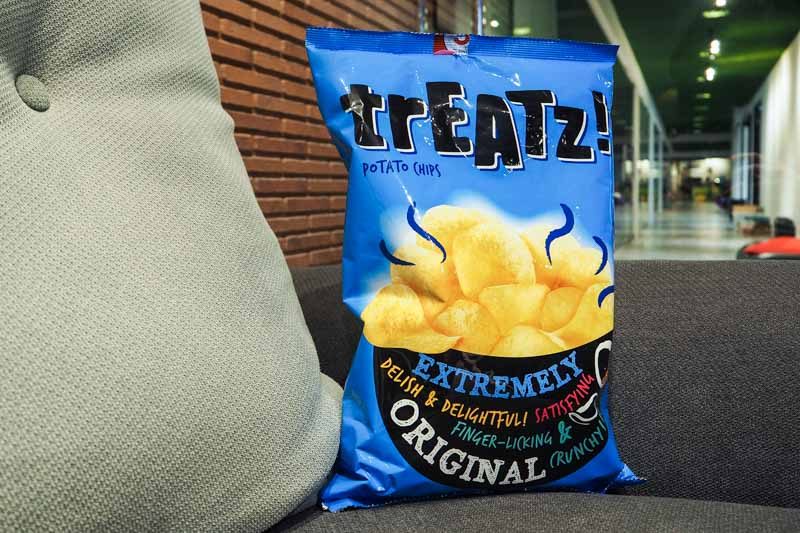 Treatz! by Tai Sun is made with fresh potatoes and are trans fat free. It is slightly salted, and lightly toasted. Perhaps, lacking the strong greasy, sinful flavour and salt covered chips that our tasters were looking for. 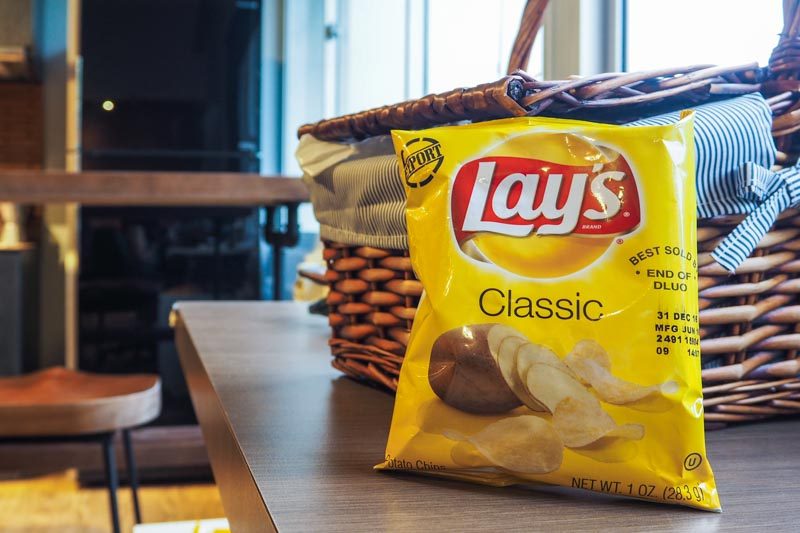 A popular brand amongst the testers, many confidently shouted out that the chips they tried were Lay’s, probably due to its texture and colour. A familiar taste gave it a good five stars. 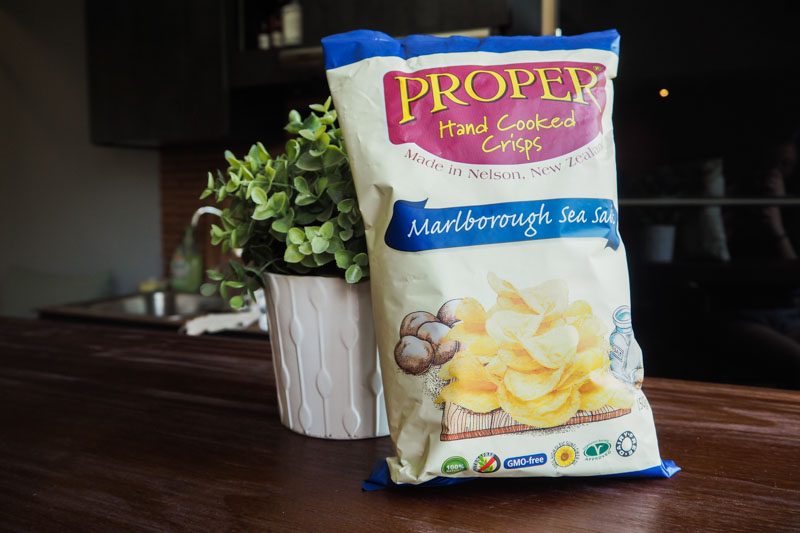 Proper Hand Cooked Crisps is made with ingredients from New Zealand, landing itself a place beside Lay’s. Although less commonly seen or eaten, Proper’s chips are cut in just the right thickness for that clean crunch. Through this test, only did I found out that Tyrrell’s is one of my personal favourite chips! It may have a goofy packaging with three ladies doing hand stands by the beach, but you’d get the same feeling when munching on it.

What’s more it’s hand-cooked and lightly sea salted, I could eat this without getting an overdosed of sodium. Ahoy mate! If you haven’t heard of Real, then it’s time to get your hands on (a mildly pretentious-looking) pack. If you’re judging its quality and taste, then be prepared to be judge by the sailor printed at the front of the packaging.

Each flavour of the brand comes with different quirky characters, offering a glimpse of the tastes within. Ah, Ruffles, one of the mainstream potato chip brands we grew up with. Crinkled and salted in just the right seasoning, most taste testers could tell that they were having Ruffles from its consistent thickness and seasoning. Real McCoy Snackfood Co. pitted itself to be a super-close contender against Ruffles. Spotting the same crinkle cut, the only different was being lighter and airier. 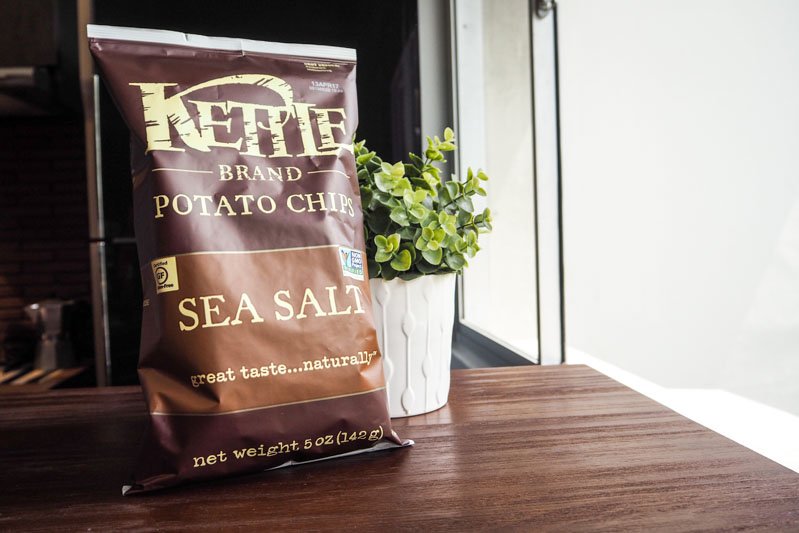 It’s unsurprising that Kettle would be in the top three of the list, sharing the same amount of stars given to Ruffles and McCoy.

Yummy in its other flavours as well, the sea salt variant makes a good option for those who wants to get the most unadulterated potato chips flavour from the brand. Calbee is second in the list with 11 stars! What a surprise! Its Hot & Spicy potato chips may be more popular as compared to its original flavour, but it has proven itself to be a hit amongst all the other basic flavours.

Crisp, well-seasoned throughout the entire packet, light but doesn’t crumble easily, are some of the characteristics that sets Calbee apart from the other brands.

By the end of the entire taste testing session, the packet of chips was wiped out entirely and emptied, it’s that yummy. 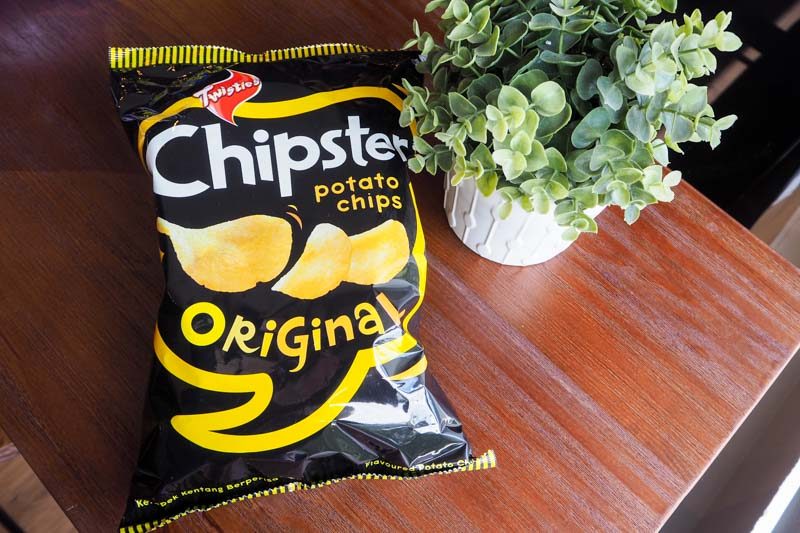 Chipster Twisties came in first! Say what?! (haha) you should have seen the faces of the taste testers when they knew Chipster was voted as one of their favourite brands.

You were shocked too, weren’t you? Pitting itself as the strongest most voted potato chips, Chipster’s chips were seasoned thoroughly, being salty, delish and indulgent all at once. The kind of chips you wouldn’t mind wasting calories on.

The copious amounts of seasoning probably helped. A lot.

*This post was NOT sponsored by any potato chip brand.

Although we don’t mind if any of the above brands would like to send some bags of chips over for us to munch on in the office.