Working around the Tanjong Pagar area and craving some good ol’ bubble tea? Dessert Bay opened in 2018 with the hopes of selling affordable and delicious bubble tea to nearby office workers and residents. It’s located at Tanjong Pagar Plaza, right opposite Tanjong Pagar Plaza Market, which is just minutes away from The [email protected]

Just like its name suggests, it also sells desserts and snacks, which are great for a mid-day pick-me-up. Recently, the bubble tea shop also underwent a brand revamp and released 喝得乐 HeDeLe, its drinks arm, which can be literally translated to “drink until you’re happy”. Dessert Bay’s humble interior is simple and clean, with about a dozen tables scattered throughout its cosy space.

What made me the happiest, however, was to learn that the space was air-conditioned. Not only was I able to escape Singapore’s horrid humidity, but I could also enjoy my cup of bubble tea in peace and quiet without breaking a sweat. 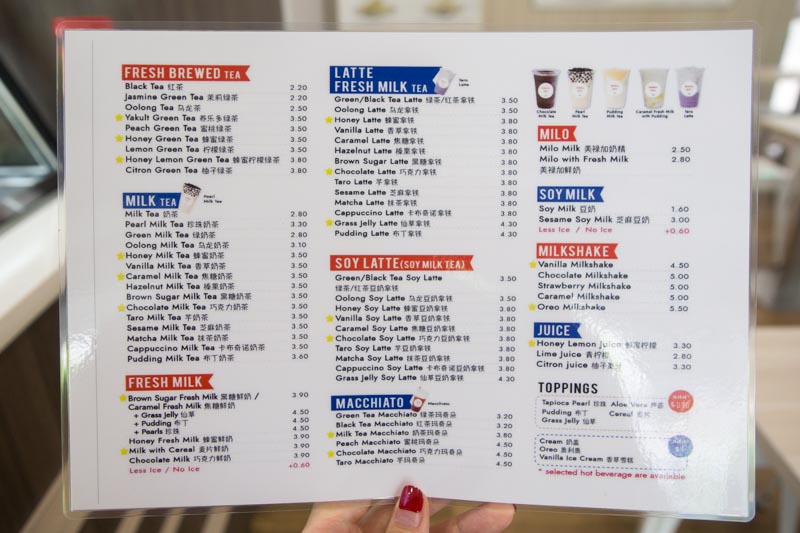 Dessert Bay’s bubble tea menu is extensive, with over 10 different categories such as Fresh Milk, Macchiato, Latte Fresh Milk Tea, and even Milkshake.

Not to mention, all the bubble tea options are priced below S$5. In fact, its cheapest cup of bubble tea is the Freshly Brewed Black Tea (S$2.20). Super affordable if you ask me! 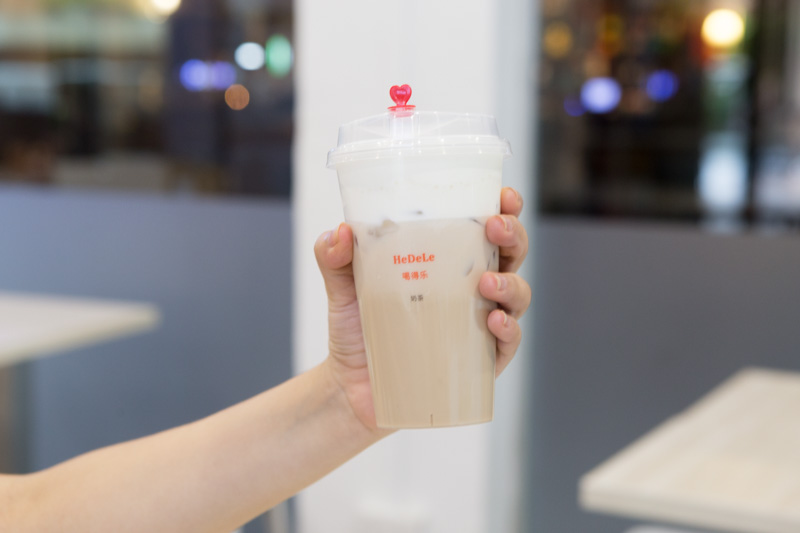 The first bubble tea I tried was its Milk Tea Macchiato (S$3.80), which was one of its best-sellers.

Though relatively simple, it takes a lot of skill and experience to make a cup of Milk Tea Macchiato. It could be too milky or sweet, or God forbid, be too bland.

However, Dessert Bay’s Milk Tea Macchiato was pleasantly fragrant, smooth, and light, and reminded me of Hong Kong-style bubble tea. It wasn’t overly sweet, so I could still taste a strong sharpness from the roasted tea leaves. I also tried its Taro Latte (S$3.80), which came with a gorgeous layer of vibrant purple taro that made me whip out my camera to take a super Instagrammable shot. After giving the Taro Latte a good mix, I took my first sip.

Instantly, I tasted an intensely sweet tea, as if I had ordered a cup of black tea and it had come with condensed milk instead of regular milk. This was because of the taro, which is known to be sweet, nutty, and almost vanilla-like in terms of flavour. I could also taste hints of floral notes as I continued to sip on my Taro Latte. 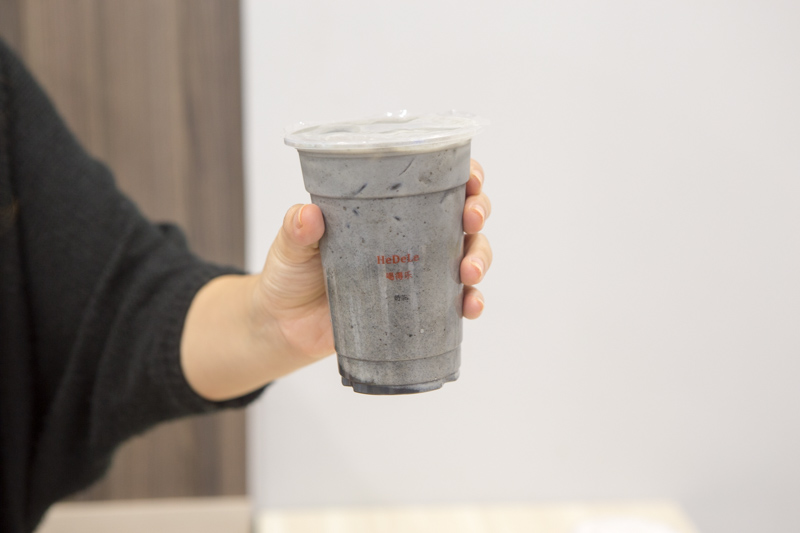 The sesame taste was so rich, indulgent, and sinful, that I could tell in a heartbeat that Dessert Bay had used authentic sesame paste and not powder for this drink. I could taste the little beady granules from the sesame seeds, as well as a faint milkiness from the milk tea.

It was so rich and creamy that it was just as if I had been sipping on a bowl of piping hot black sesame soup, like those served at authentic Cantonese dessert shops. Its new bubble tea cups, featuring a new design that separates the pearls from the drink, are launching this Jan 2020. This new innovative design is great as the pearls won’t get soggy over time, fantastic for people who wish to sip on their bubble tea throughout the day. 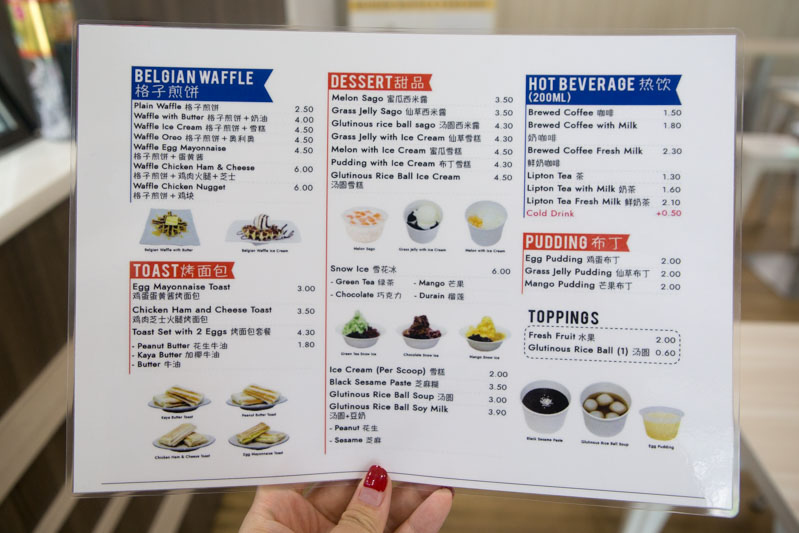 Dessert Bay also sells a variety of desserts, which range from freshly-made waffles to homemade glutinous rice balls. It also dishes out snow ice, perfect for a hot day. Dessert Bay’s Glutinous Rice Ball Sago (S$4.30), which was added to the menu in January 2020, came with three glutinous rice balls, each filled with sesame and peanut paste, as well as a milky coconut sago soup. 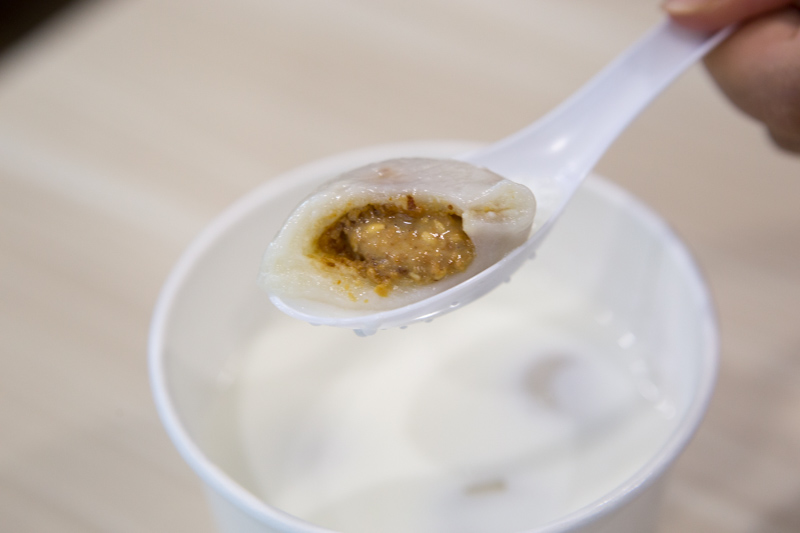 The glutinous rice balls were so addictive that I had to stop myself from popping them into my mouth. They were made with just the right amount of glutinous rice, such that the skin was mildly translucent and not too thick, and that they didn’t stick to my gums when I chewed on them.

Yet, they were also delightfully stretchy and sticky, and went superbly with the rich saltiness from the peanut and sesame paste. 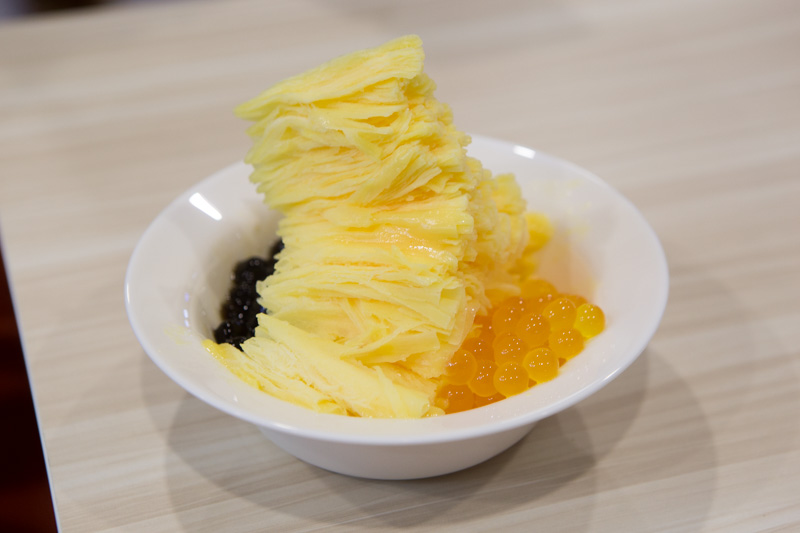 I also ordered the Mango Snow Ice (S$6). Though it’s the priciest item on Dessert Bay’s menu, it’s certainly the most worth it, with finely shaved ice that resembled an icy mountain, passionfruit boba, and chewy black pearls. 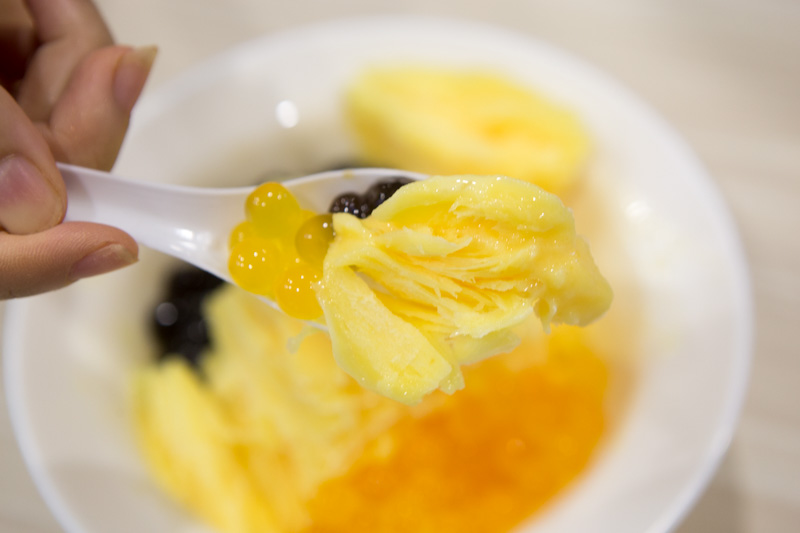 While the shaved ice itself wasn’t as powdery or fine as other shaved ice desserts, like bingsu or kakigori, it was still soft, and resembled little blades of thin grass.

What I absolutely loved about this dessert was that it wasn’t just a pile of finely shaved ice and dollops of sweet syrup. The shaved ice itself had been flavoured, so every single spoonful of shaved ice was packed with tangy and sour flavours, which made it a real delight to eat. 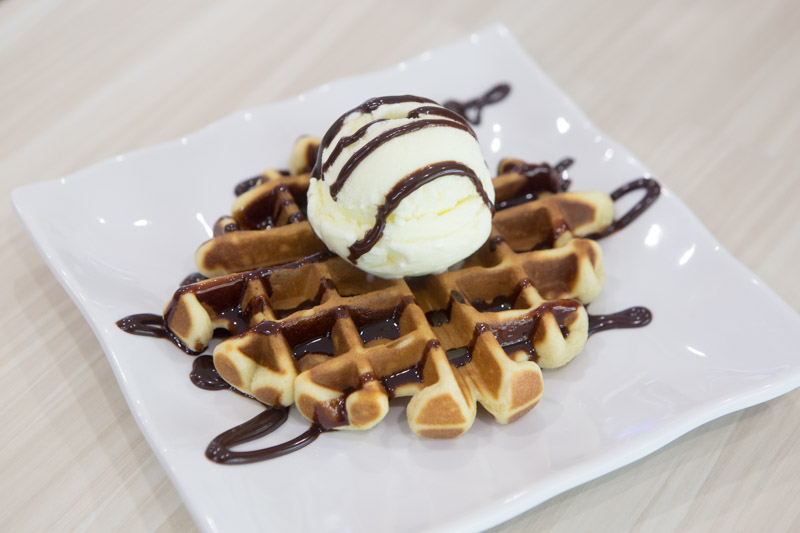 Last but not least, if you’re craving something warm and satisfying, go for Dessert Bay’s Belgian Waffle Ice Cream (S$4.50). 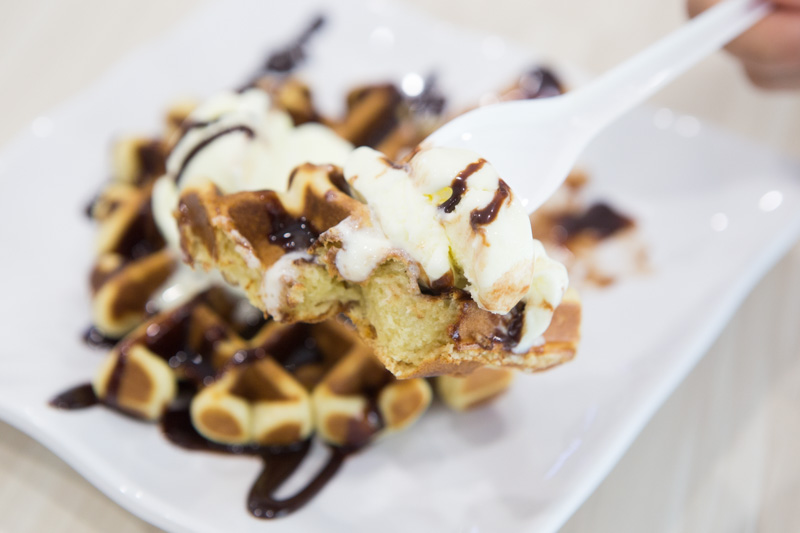 There’s just something about pairing a toasty hot waffle with a spoonful of ice cream that makes every bite so delicious. The waffle is handmade and it was more spongey and dense, like a piece of bread, than crispy or light.

Whether you’re craving something simple and satisfying, like a toasty piece of handmade waffle with a scoop of ice cream, or something that’s rich, creamy, and indulgent, like a cup of Sesame Milk Tea, Dessert Bay’s got you covered. Not only are its bubble teas and desserts affordable, there’s also a wide variety of offerings, so there’s definitely something for everyone.

*This post was brought to you in partnership with Dessert Bay.