Do & Me: Gigantic Portions Of Old-School Comfort Food In The Heart Of Yishun

Do & Me is a nostalgic time-machine in the heart of Yishun Central. Transporting you back to the days of after-school hours haunts with your best mates, the look and feel of this old-school stall hasn’t changed for over 10 years. It’s almost like I was 14, reliving phases of teenage hormonal cravings all over again. The Chinese New Year adornments have come to define the stall’s theme, with the owners being particularly festive and cheery. At first he forgets how long they’d been in business for, but his partner is quick to remind him of the 25 years they’ve spent together in playful jest. “Uncle” as I would call him, said to chope our seats quickly, as he would expect the coffee shop to get more hectic soon.

The coffee shop was a little warm during the day but is otherwise well-spaced and brightly lit. We arrived after office-hours, so it was mobbed by working adults and families getting dinner for themselves. More common, what we saw on those tables were Do & Me plates overloaded with their signature disproportionated portions of food.

We returned to order his recommendations — Chicken Cutlet (S$6), Fish And Chips (S$7) and Black Pepper Steak (S$9). Each overgrown portion of protein featured sides of crinkly-cut fries, baked beans, coleslaw and finally topped with our favourite, the fried bun.

The fried bun felt dense and when bit into, had a soft, pillowy interior which made for a satisfying, contrasting texture in the mouth. The bun also had a light, buttery flavour that complemented the other components on the plate. 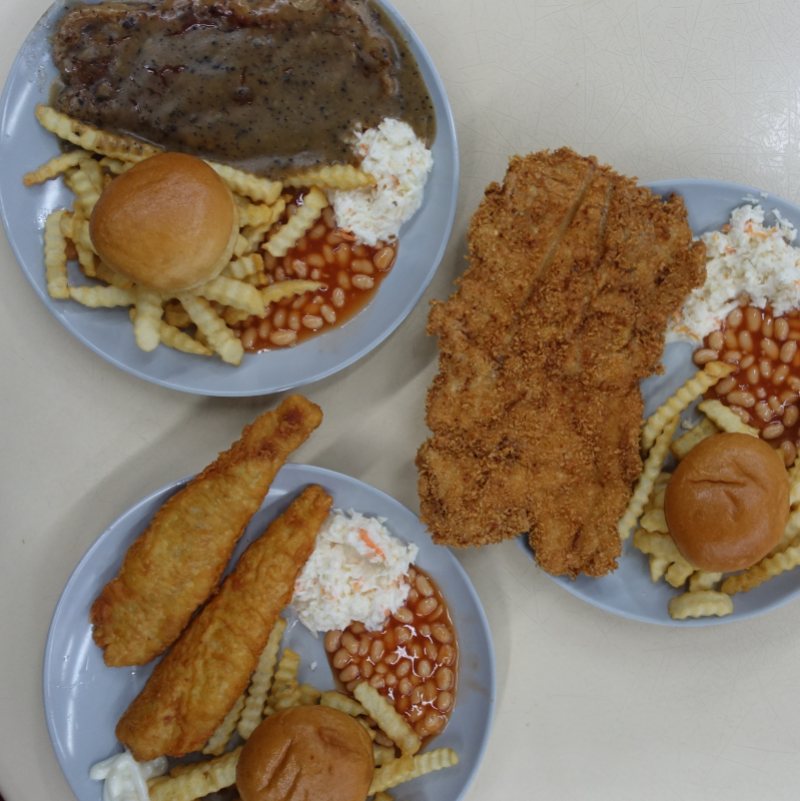 We were already expecting a decently-large sized chicken fillet but it really came up to bigger than the size of my colleague’s (fully-grown adult) hand. The chicken breast fillet is butterflied-cut and tenderised through a flattening process, so that it cooks evenly in the fryer.

The chicken was a little dry on the inside though and maybe would’ve benefitted from being in a salt-brine marinade for longer. The crusty outer-layer impressed us with its secret spice-flour seasoning and more than redeemed itself with the overall flavour. 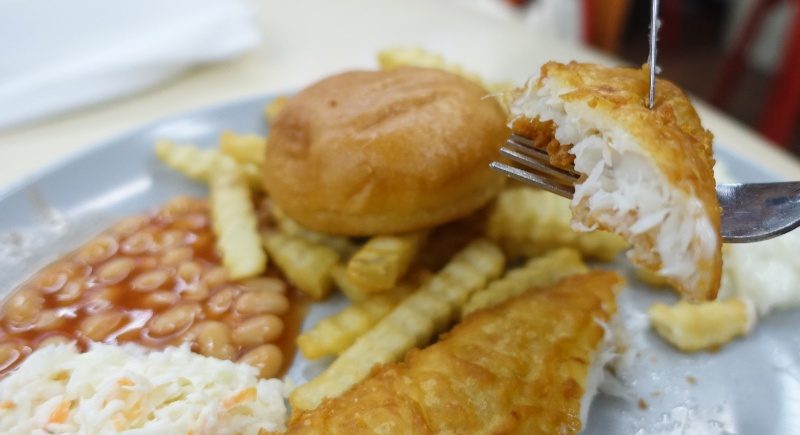 We had the fish next, and the owner explained that he uses a species of cod for the Fish And Chips. The batter was dense and stuck to the fish well throughout the frying process, evenly coating the whole surface area. Chefs would know how difficult it is to deal with such a delicate and soft fish.

It shimmered an aesthetically-pleasing golden brown when it came and wasn’t too oily either. We found the insides again to be a little dry, attributing to the fact that he had used frozen fish. 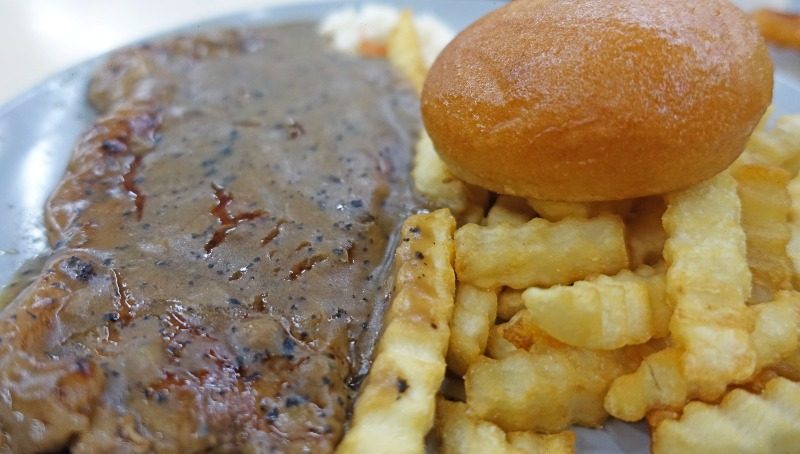 Uncle asked us how we’d like our Black Pepper Steak done and we promptly requested for it to be cooked medium-rare, the quality-barometer for any steak. It came straight from the grill, and onto our plates doused in their in-house black pepper sauce. After sufficiently letting it rest in which time we stuffed our faces with everything else, we cut into it.

The beef, a cut of the striploin, and despite it being cooked beyond medium, was moist and tender. The fat-cap pleasantly contrasted with the beef sinew giving the overall dish an additional dimension.

The black pepper sauce also helped carry that savouriness with a purposeful layer of umami which worked exquisitely for our tastebuds. We wish only for the sauce to have been creamier, balancing the other salty elements in the dish. 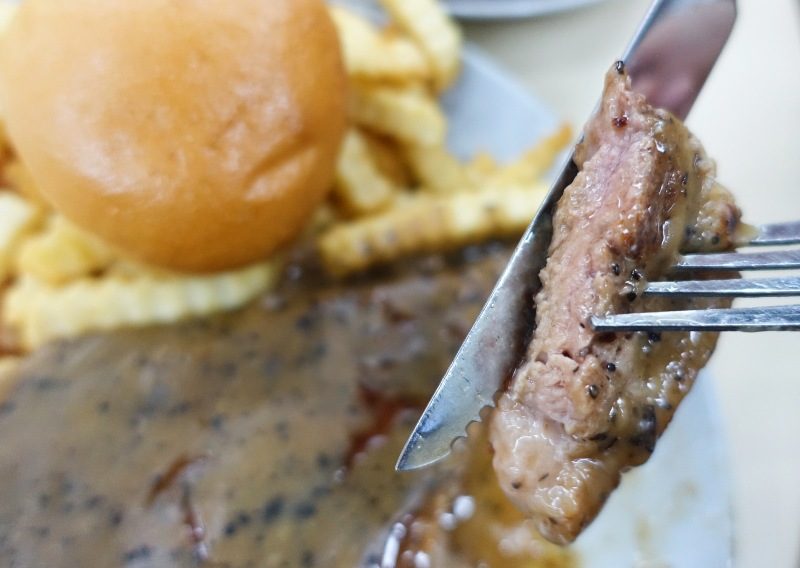 For the price-point and portions at which the stall serves, the food is justifiably good value-for-money. There isn’t a restaurant-like quality but therein lies the rustic charm of Do & Me; it doesn’t try to be anything else.

Do & Me brought sweet, nostalgic memories of the days that have gone by. Recounting times when I would have only S$6 left in my wallet at the end of a long school day, Do & Me brought comfort and assurances of a full belly.