The recent craze about mala dishes has brought Sichuan cuisine into the limelight. If you’re mad about mala as well, then Dong Fang Mei Shi Fan Dian 东方美食饭店 in Chinatown is the place for you! 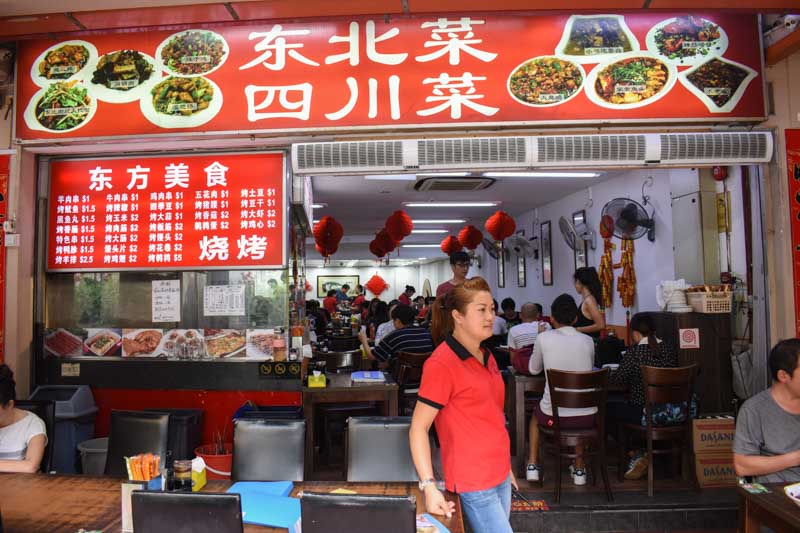 A stone’s throw away from Chinatown MRT, this eatery is easily accessible despite the hustle and bustle of the area. There was quite a crowd when I headed over on a weekday evening, so be ready to queue during peak hours. 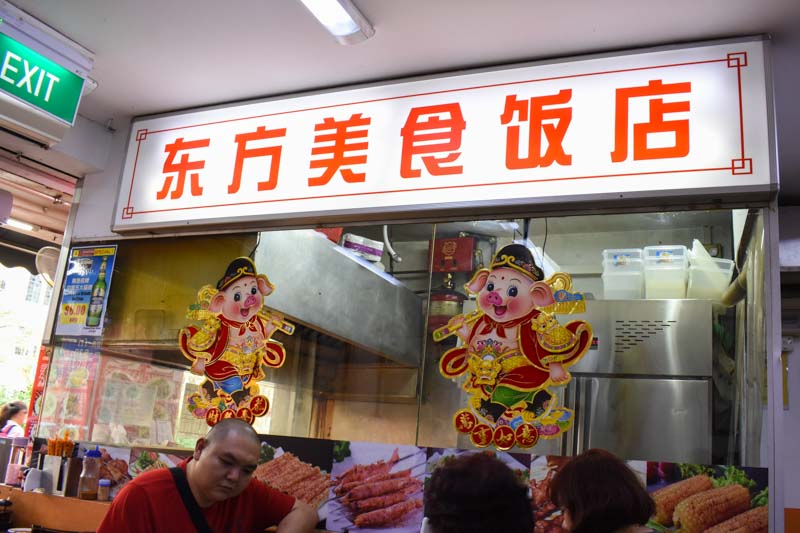 As the store sign isn’t very visible, you might get a little lost trying to find the place. But don’t worry, just keep an eye out for their staff dressed in red at the entrance — they’ll make sure you get a warm welcome. Their Pan-Fried Meat 锅包肉 (S$12.80) comes highly recommended and is one of their most sought-after dishes. Despite its unassuming appearance, I immediately understood its hype after my first bite.

With a crispy crust and an unusually chewy centre, the texture reminded me of fried nian gao. 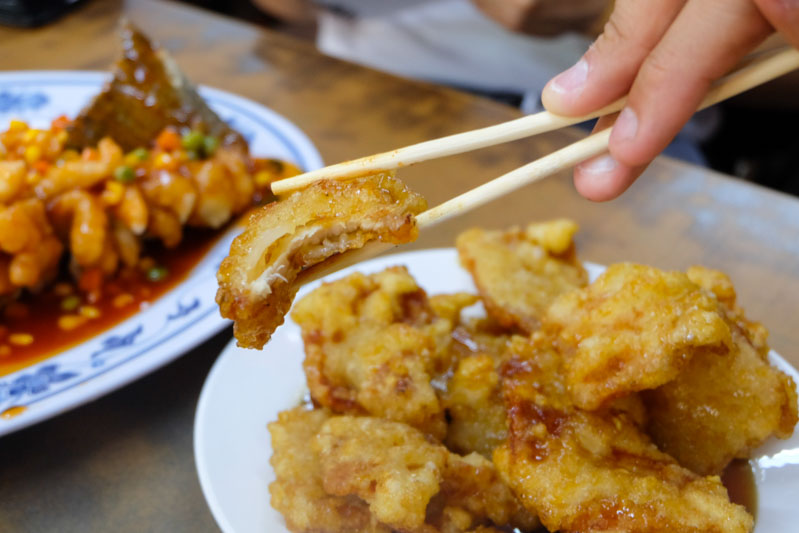 Interestingly, the chewy texture comes from a layer of deep-fried cornstarch flour underneath the crispy crust. 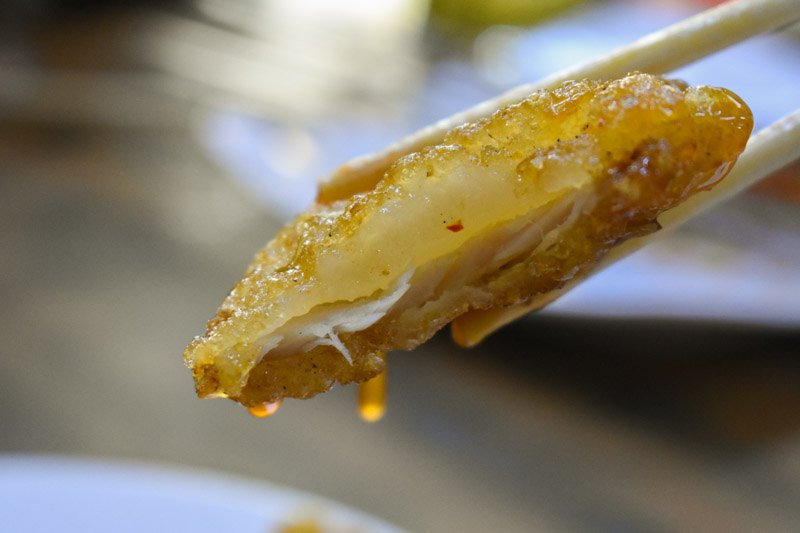 The tangy sauce also complemented the deep-fried pieces perfectly. I would be satisfied just eating this appetising dish with plain rice.

However, I did feel that the fried meat slices could be thicker, because it’s the star ingredient after all. 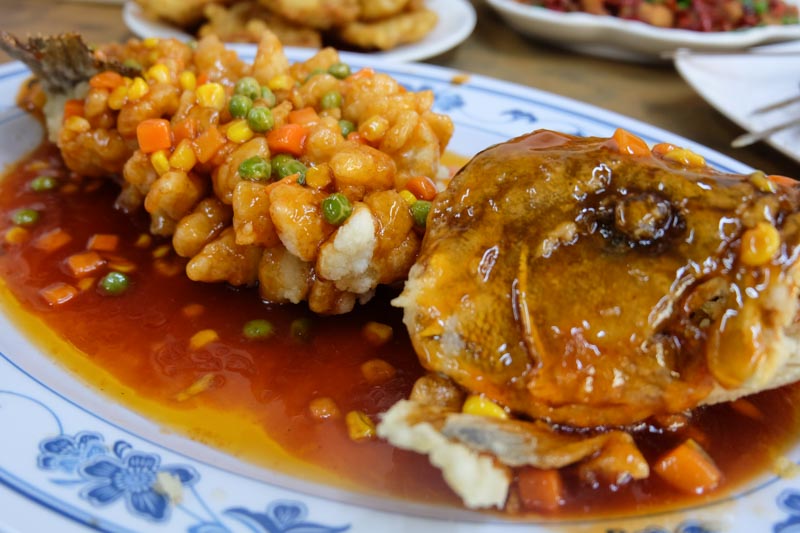 Perhaps the most aesthetically pleasing dish is the Crispy Boneless Fish With Sweet & Sour Sauce (松鼠鱼) (S$25.80). A glorious fried fish doused in tomato sauce, the flamboyant plating raised my expectations for the dish.

Even though it was a decent fish dish, I felt that it looked better than it tasted. The fish wasn’t firm enough, and the fried crust was a little too thick for my liking. With its steep price, I would think twice before ordering it the next time. 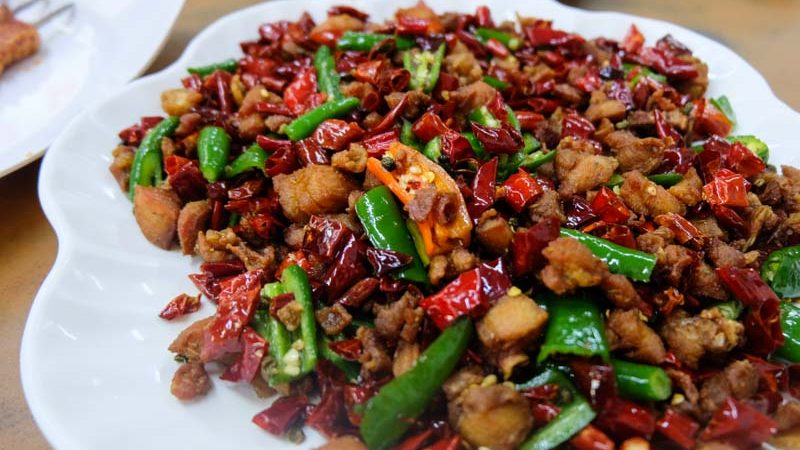 Frying at high temperatures to remove the water content from the chicken cubes allowed the Mala fragrance to permeate each piece easily. Every bite released an explosion of mala flavours in my mouth.

Despite not being a huge mala fan, this dish won me over with its fragrance and crispiness. You can even pair it with some beer for the perfect snack-and-drinks combination. 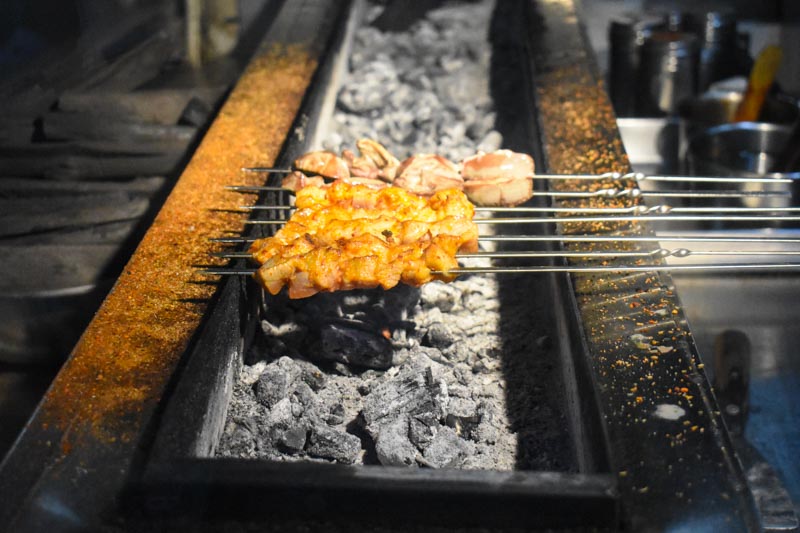 Enticed by the aroma of the skewers on a grill beside us, we greedily ordered a few skewers to have a taste. 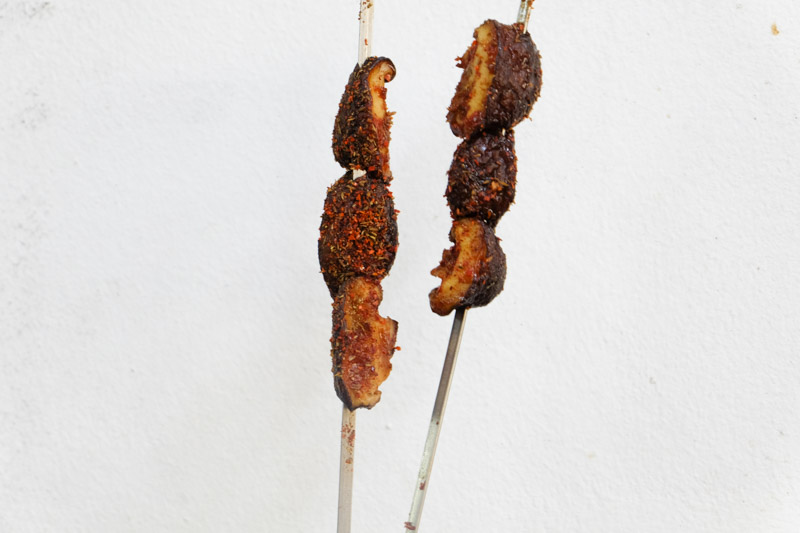 The Mushroom Skewer (S$1 per stick) had a flavourful spice kick from the red cumin powder sprinkled on it. I was impressed by how the mushrooms retained its juiciness even after barbecuing. 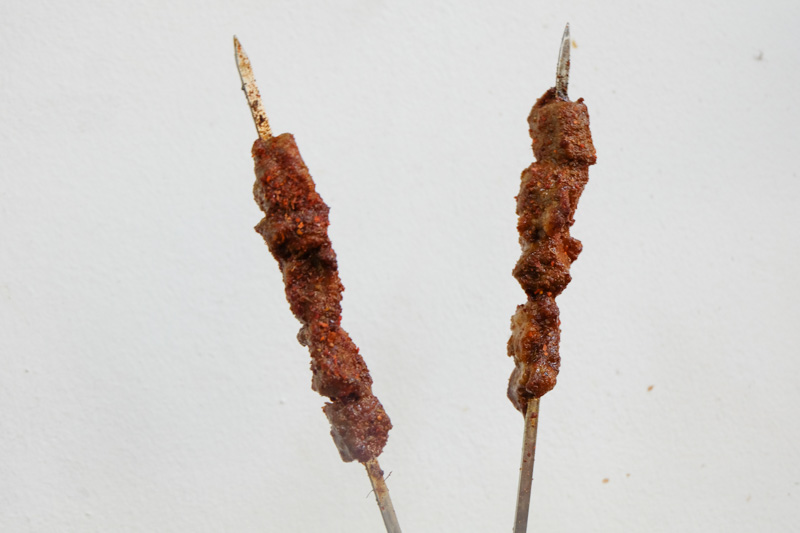 The Lamb Kebab (S$1 per stick) was a crowd favourite, and I enjoyed the firmness and texture of the lamb. Though the meat was slightly gamey as expected, the cumin powder cut through the gaminess with its nutty and spicy flavour.

Nothing really wowed me here at Dong Fang Mei Shi Fan Dian. While a couple of dishes were delicious, they lacked the oomph that made me wanted to eat more.

For their prices, the dish portions were really generous and great for sharing. If you are looking for a supper spot, drop by with your friends.