Thus, when I told my colleagues I wanted to try Dover Road Kai Kee Wanton Mee, their only response: “Huh!? Wanton mee, again?!”

Sorry, friends. What can I say? I love a good ol’ plate of traditional wanton mee—especially if it comes in a red or orange plate and costs below S$3. 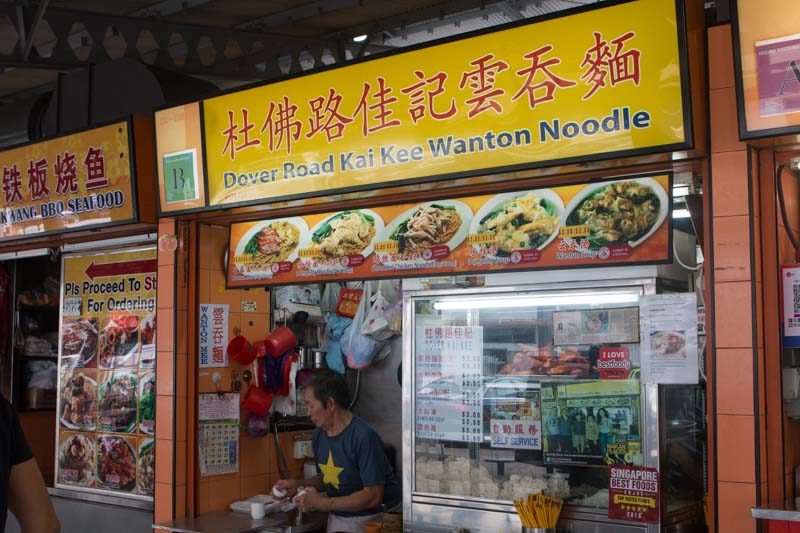 It started out at the now-defunct Dover Road Market and ran its business there for 30 years. When the market closed down, the stall moved to Alexandra Village Food Centre instead. 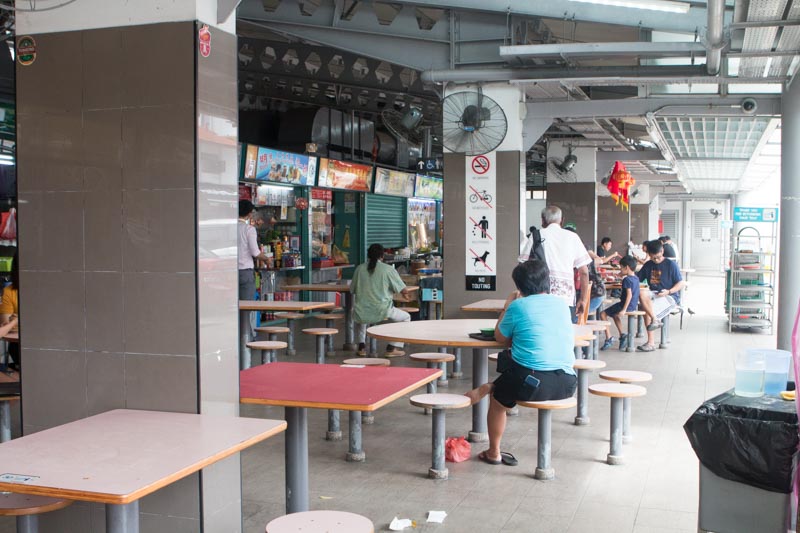 It wasn’t my first visit to Alexandra Village Food Centre. Previously, I dropped by to try Ming’s Prawn Noodle, while my colleague tried Danger Close Beverage Co., which sells sparkling tea and cold brew on tap.

What I love about Alexandra Village Food Centre is its wide variety of food stalls available. From hipster coffee stalls to prawn noodles sold by millennials, to old-school wanton mee stalls and traditional claypot laksa, its offerings are affordable and delicious to boot. I got its Wanton Mee (S$3/S$3.50), which came with a small mountain of slippery mee kia noodles, a handful of thinly sliced char siew, five wantons, some vegetables, and a spoonful of chilli. 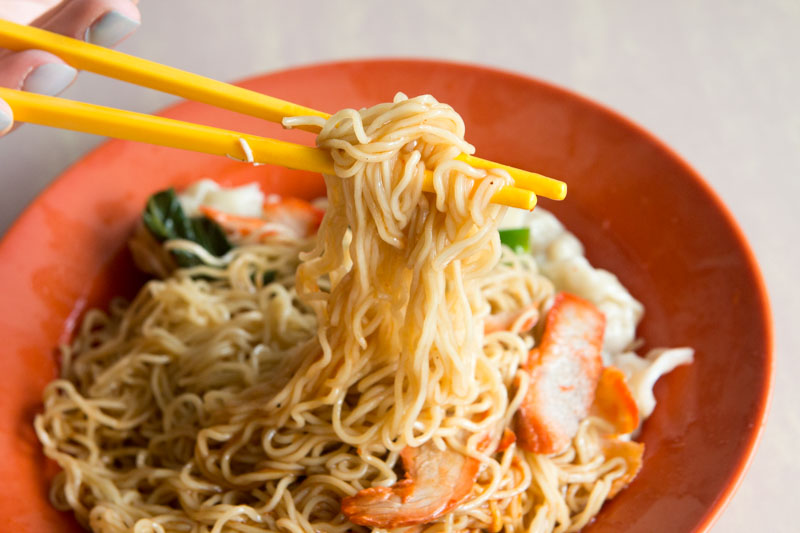 When I slurped up the wanton mee, I was instantly hit by a smoky savouriness that came from the pork lard oil and sesame oil. I loved how the thick sauce coated each strand of noodle so well that its texture was slippery and smooth, but more importantly, without being too wet.

The chilli wasn’t overwhelmingly sharp or fiery, but it was milder, fresh and fragrant, and kicked in only as an aftertaste. 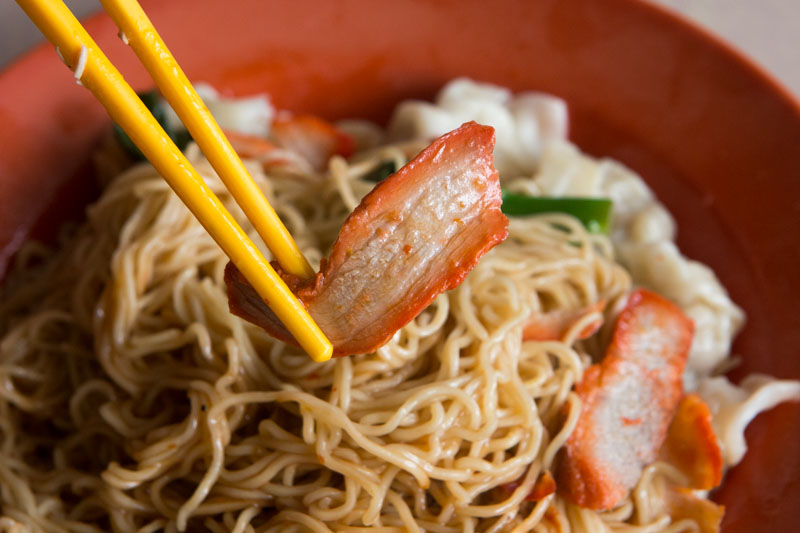 While the char siew was sliced thinly—some might say it might’ve been a bit too thin—the meat itself was still springy and sweet, with a nice bite to it. 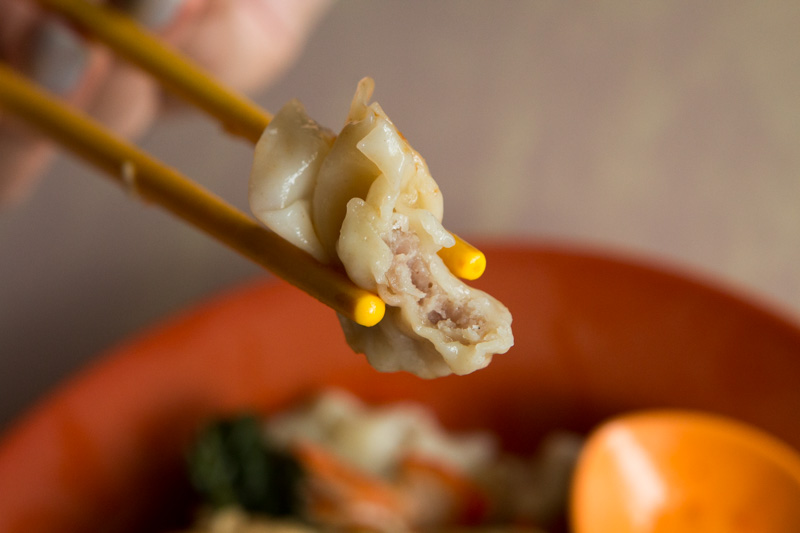 The wantons were a little disappointing because the meat wasn’t well seasoned, and as a result, it was slightly bland.

I ended up grabbing a saucer filled with soy sauce and dipping my wanton into it for a well-needed salty touch. 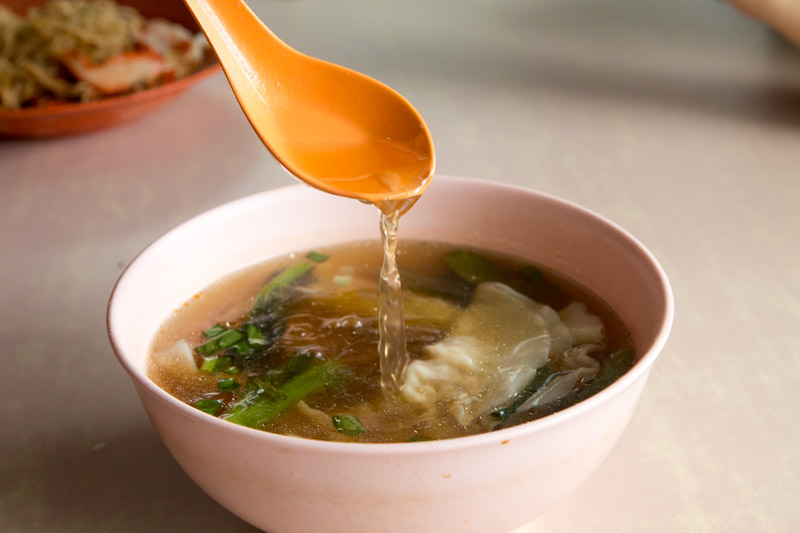 To accompany my plate of wanton mee, I ordered the Dumpling Soup (S$3.50).

The soup was light and clean, with a tinge of saltiness from the soy sauce, and it went perfectly together with the savoury and salty wanton mee. 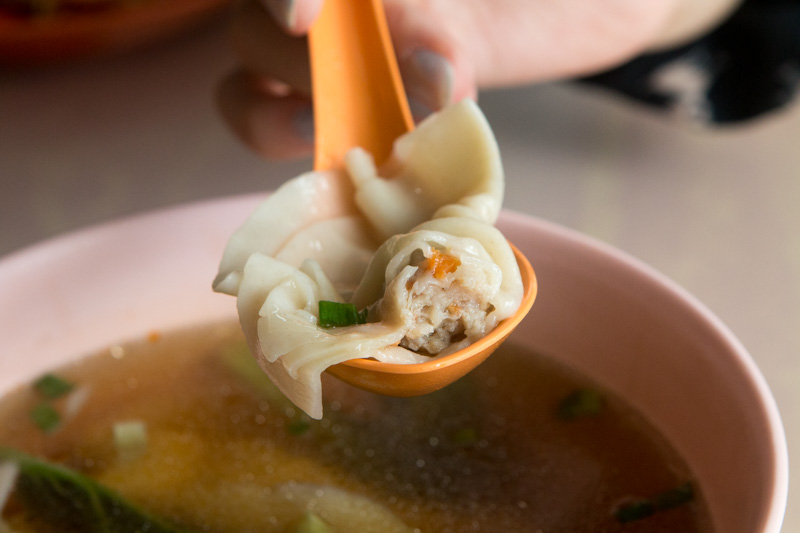 The dumplings in the soup were definitely larger and plumper than the wanton in my wanton mee.

I spotted bits of carrot in the filling and I loved how the crunchy texture contributed to a completely different mouthfeel when eating the dumpling. I also tried Dover Road Kai Kee Wanton Mee’s Shredded Chicken Noodle (Dry/Soup, S$3/S$3.50), and I was instantly taken aback by how generous the stall was with the shredded chicken.

The amount of shredded chicken resembled a tiny mountain and covered a good majority of the plate, so much so that I could barely see my noodles! 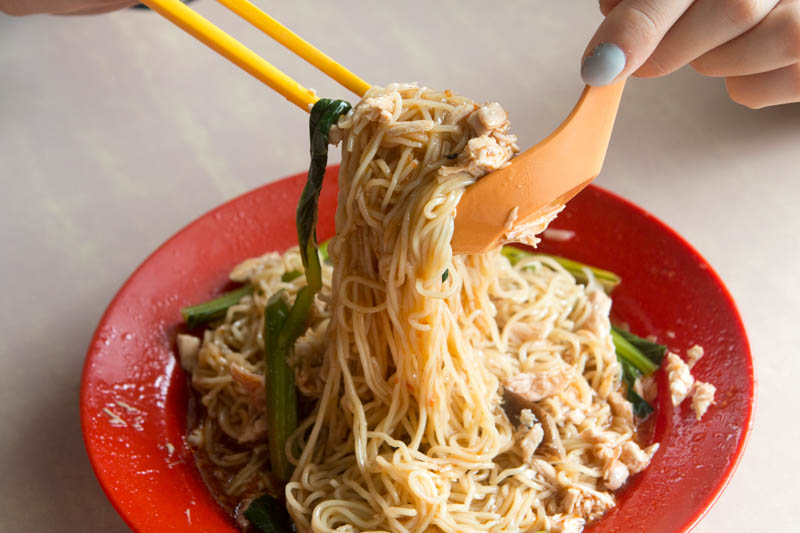 As compared to the stall’s Wanton Mee, its Shredded Chicken Noodle was sopping wet with an oily and gravy-like sauce. To some extent, it almost reminded me of mee sua because of how thick the sauce was.

Surprisingly, the sauce was spicy and tangy, with a zesty kick from tomato sauce that whetted my appetite and cut through the thickness of the noodles and sauce.

My only gripe with the noodles was that it had a sharp alkaline taste to it, which I assumed came from the lye water (or “kansui”, also known as 枧水) that was used in the making of the noodle dough.

If you’re looking for a traditional plate of wanton mee, just like those they used to serve back in the good ol’ days, then Dover Road Kai Kee Wanton Mee is right up your alley. Its wanton mee is perfect for days when you’re craving something simple, indulgent, but oh-so-satisfying.