The sound of drums and cymbals in the early morning, house decorated with the colour red, and Jackie Chan movies airing on television; that’s when you know that Chinese New Year is here.

And it goes without saying that this festive season is all about eating good food as well. This is the time when your grandma will single-handedly whip up a delicious spread for the whole family to feast on.

But what if a clueless guy like me tried to cook some festive dishes? I want to be able to make some tasty food for myself as well, but it would have to be extremely simple with little to no effort. And that’s where an air fryer would come in handy. Air frying is really easy: just throw the raw food in, and it comes out cooked. Ta-da! But of course, you’ll need to put in a little bit of effort to prep the food before doing so.

So this is what happened during my little experiment in making five dishes for Chinese New Year using only an air fryer. If I could do it, you surely can too.

I started off simple by trying to fry chicken skin. You can go to the market and ask the butcher for chicken skin; sometimes they even skin the chicken there and then and sell it to you. 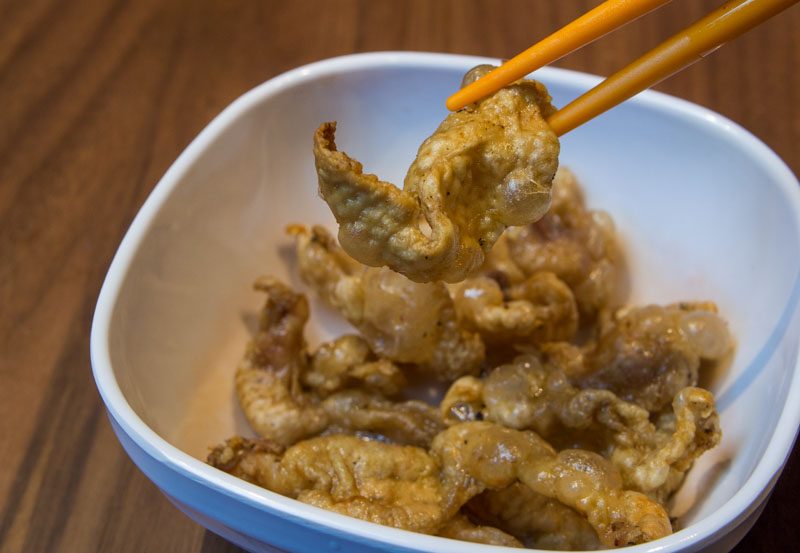 When you get the skin, you first have to pull off all the underlying fats stuck to the skin. You should achieve translucent-looking skin before you put the pieces in the fryer.

Once that prep is done, simply lay it flat in the air fryer and set it to about seven minutes at 200 degrees. It should come out hot and crispy with a golden-brown colour. Sprinkle some salt if you must, and you’ll have yourself a tasty snack. Easy peasy.

Now, this was a lot more fun. You can buy pork loins to make char siew, and a day before air frying them, cut them up into manageable pieces and marinate them. 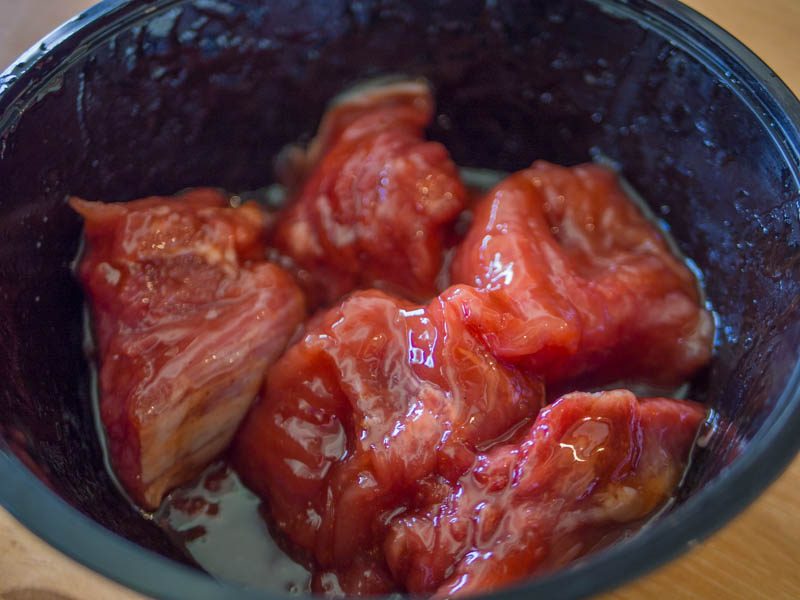 I am a happy-go-lucky chef, so I marinated the meat with light soya sauce, a little five-spice powder, and the standard char siew sauce that you can find in supermarkets.

I can’t say I was 100 percent sure what I was doing, but this is a “recipe” for clueless chefs who just want to make things quick and simple. Set the fryer to about 35 minutes at 180 degrees and just go read a book or something. 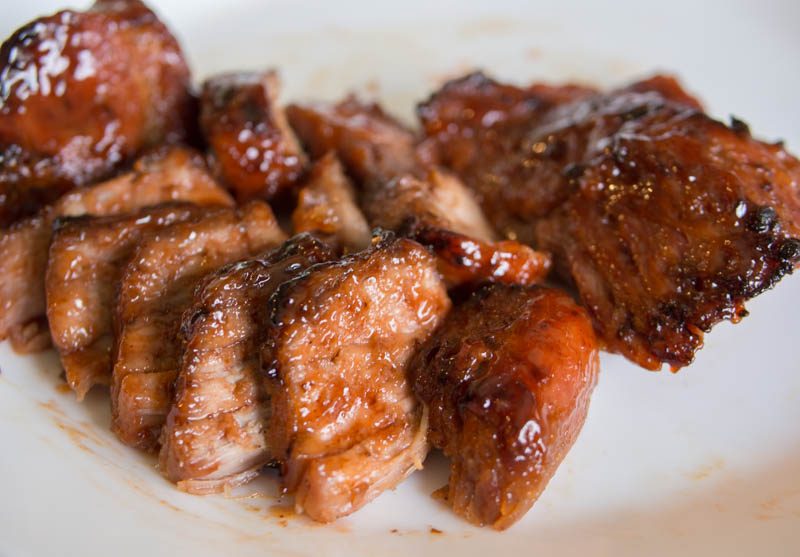 For my first attempt, I was actually really satisfied with how my char siew turned out! It was cooked nicely and evenly, with charred edges to add some flavour. Drizzle red char siew sauce all over it, and you have a dish ready to be devoured.

Obviously, you need to scale and gut the fish before cooking. But I’d suggest kindly asking your fishmonger to do it for you.

First, apply a generous amount of salt all over the fish, and grind some black pepper on it as well. Drizzle a little olive oil and now, it’s ready to be fried. Leave it in the air fryer for about 20 minutes at 200 degrees. 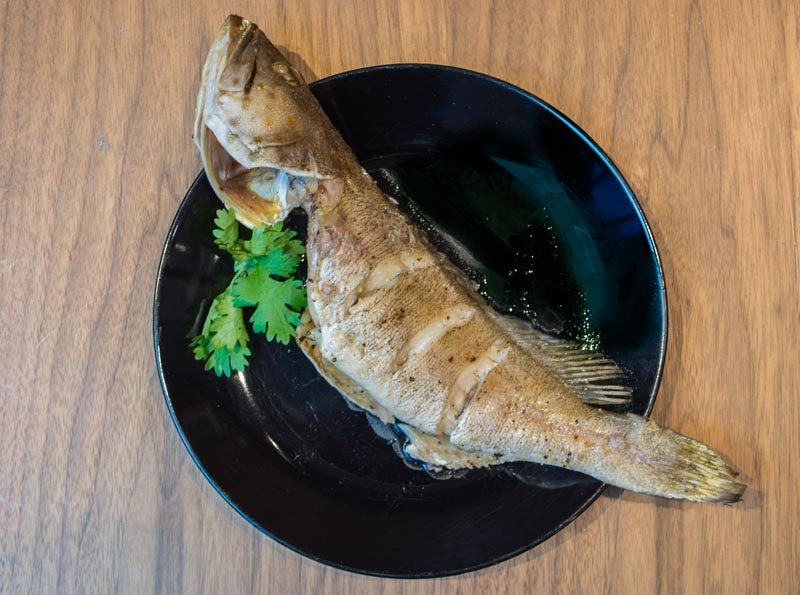 My black grouper was really delicious after it came out of the fryer. It was my favourite out of all the other dishes I made that day. It was flavourful, the fish retained its juiciness, and the meat was tender. I was very proud of this simple dish.

Squeeze lemon juice all over the fish just before serving if you find it too fishy!

Sio bak is a personal favourite of mine; the crackling skin on top of a layer of fat is just delicious. But can the same results be attained by air frying the pork? I marinated the meat with salt, black pepper, and five-spice powder (always trusty). I then set the fryer at 180 degrees and waited in anticipation for about half an hour. 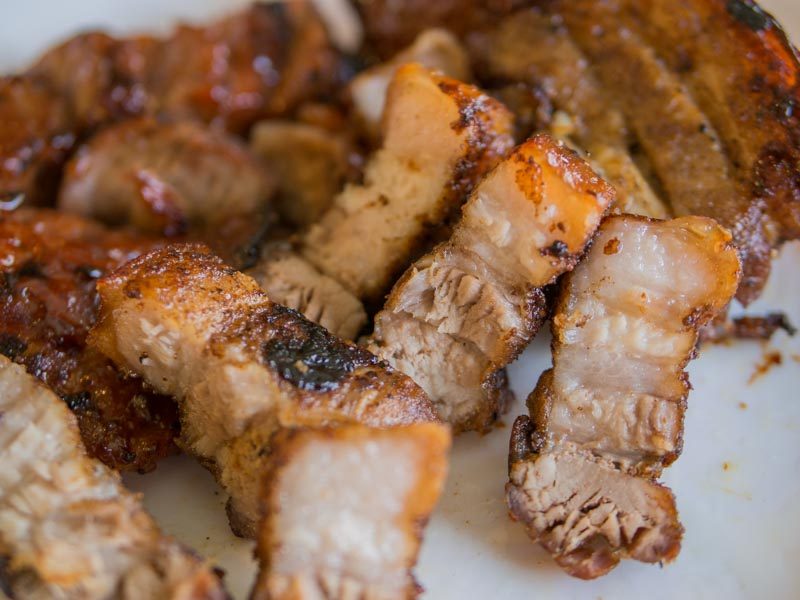 The pork belly came out okay I guess, but it could certainly be better. I wasn’t able to achieve the crackling skin, but that was kind of expected anyway. The meat also came out too tough and a little dry, so I probably made a mistake with the timing and temperature. 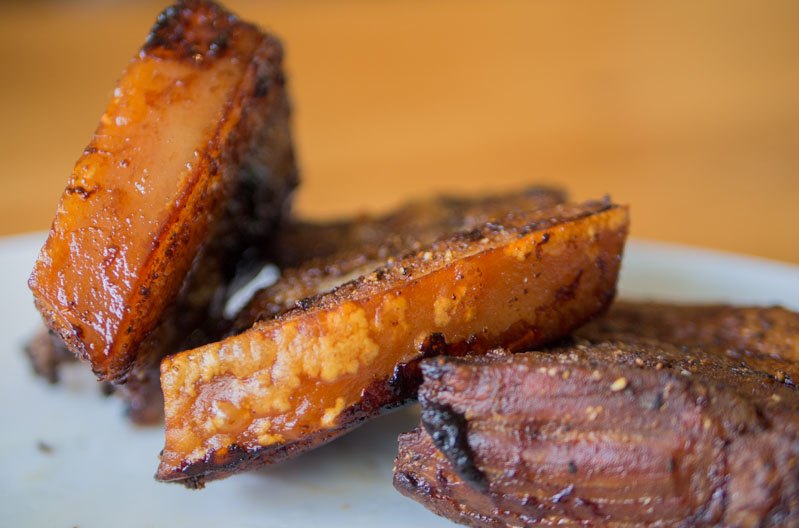 After trying it out myself, I’d suggest NOT cooking the sio bak with an air fryer. It’s too difficult to get that perfectly crispy skin. Oh well, at least I still had the char siew.

This was mainly just an experiment for me, as I thought it would be interesting and fun to put cheese slices on top of bak kwa. It’s not a new concept though; other people have tried it. 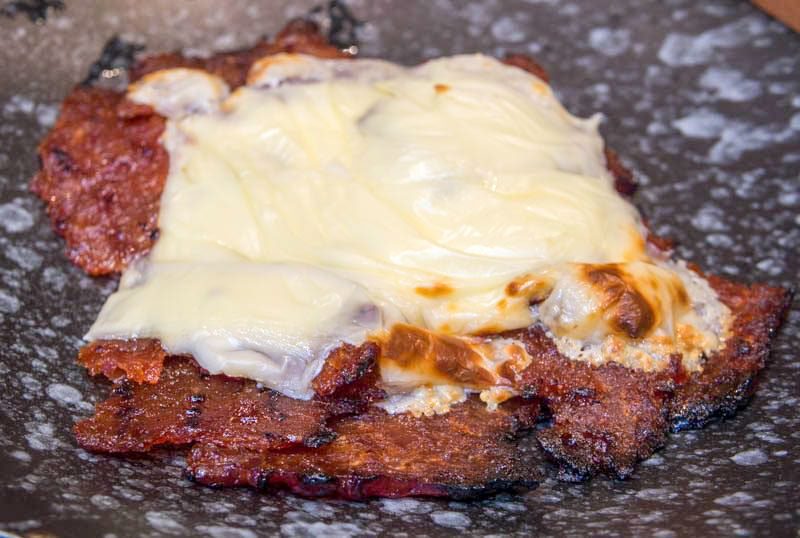 I layered two slices of cheese on top of some cut-up pieces of bak kwa. This was the easiest dish to make amongst the other four. I set the fryer to 200 degrees for five minutes. 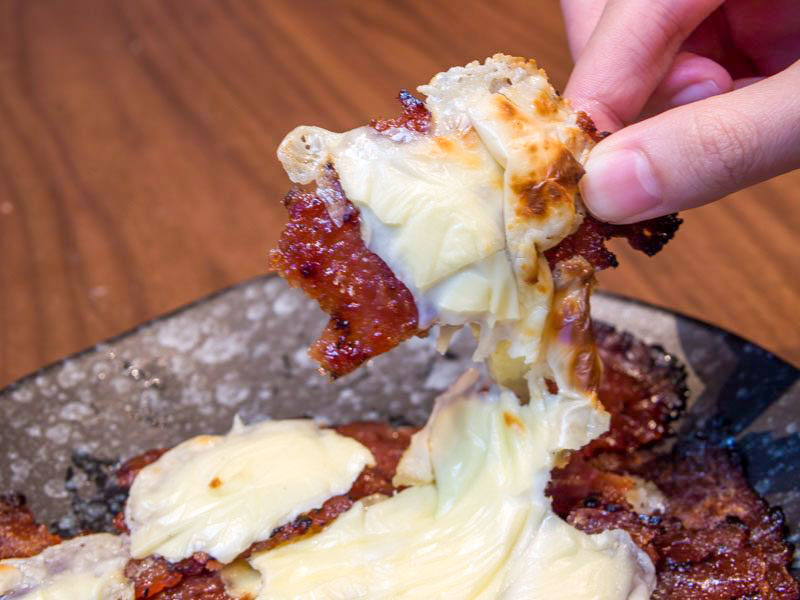 The conclusion: a resounding YES! I loved the taste of melted cheese on top of the dried meat. It added a different kind of flair to the good ol’ regular bak kwa.

In hindsight though, I did leave it in the fryer for too long, as the cheese was slightly burnt and it hardened a little bit. You should decrease the temperature and maybe reduce the timing to about two minutes.

There you have it, five popular dishes that you always eat during Chinese New Year, all made using an air fryer. Of course, I wouldn’t dare say that this is the best way to prepare your dinner, but it’s certainly not very time-consuming.

For what it’s worth, I thought the dishes turned out very decent! Maybe for this year, try doing this with your spouse or with your family. Not everyone has the time or energy to prepare a whole feast, but cooking with an air fryer can be just as fun.

Previous article16 Auspicious Places For CNY Reunion Meals To Usher In The Year Of The Dog 2018
Next articleAh Seng Braised Duck Rice: Visit This Stall In Serangoon Garden Market For A Solid Plate Of Duck Rice 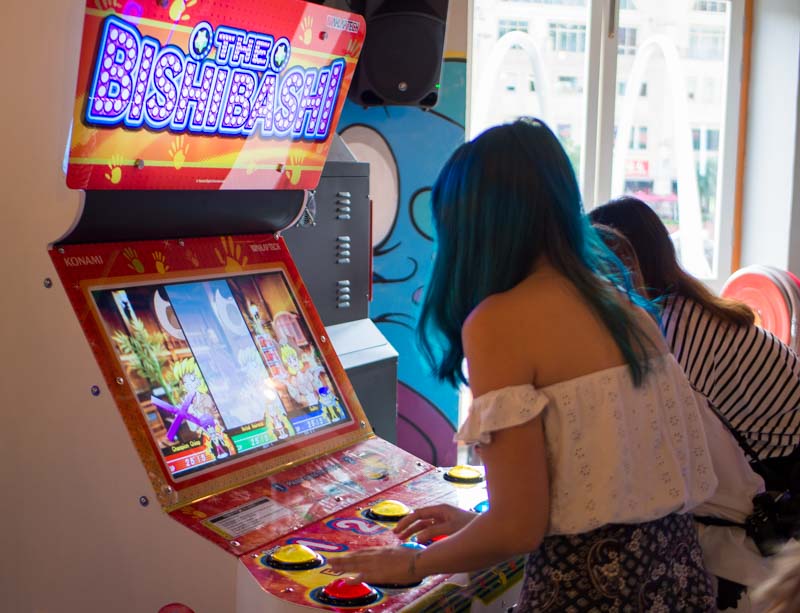 Level Up: This Bar In Clarke Quay Is An Arcade For...