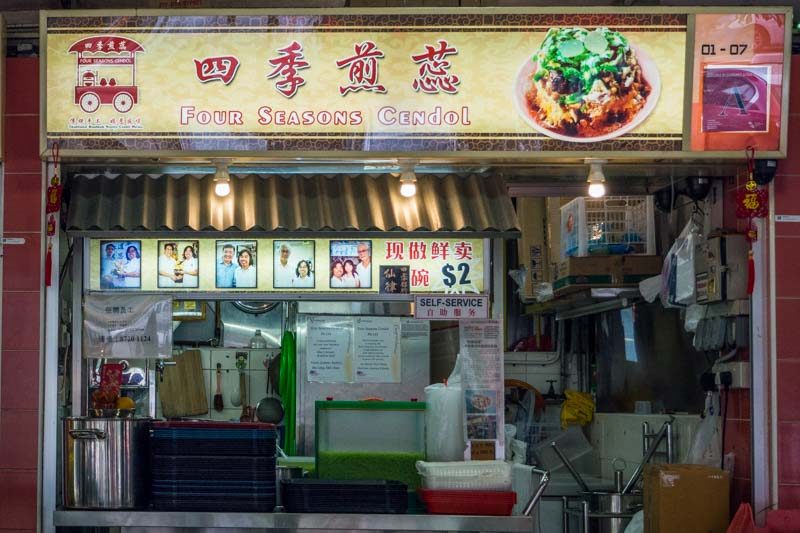 Located at the same market and food centre as the famous White Bee Hoon in Toa Payoh Lorong 8, you’ll find Four Seasons Cendol right beside it — with two great stalls side by side, we know that luck has been bestowed upon us because there’s no need to walk too far to complete your meal with a sweet treat.

We came with high expectations, seeing as how it’s acclaimed as “The Best Cendol” by netizens who have tried it, plus all the photos of Emeritus Senior Minister Goh Chok Tong displayed proudly at the store front. 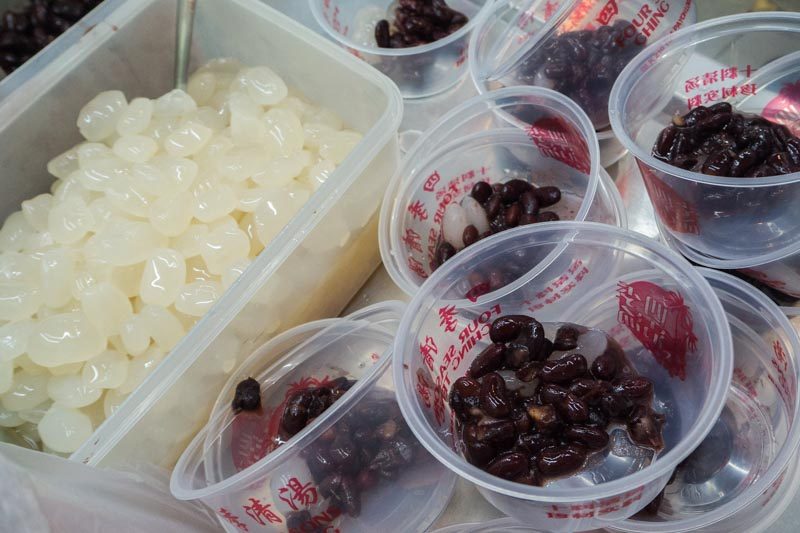 The plastic bowls were already prepared with red beans and attap seeds (nipa palm), stacked for convenience at the side of the store.

Upon placing our order, the green jelly noodles were scooped into the bowl at lightning speed and then brought to the ice shaving machine. 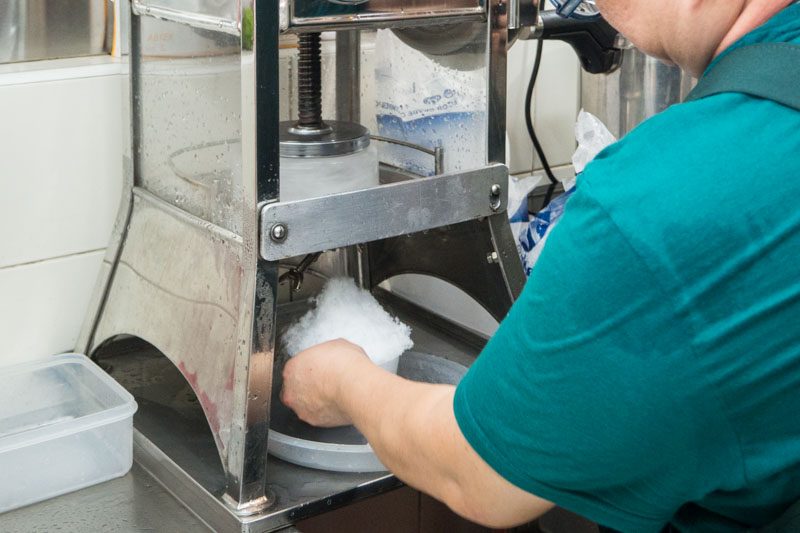 The bowl was then filled to brim with shaved ice, patted and shaped into an almost perfect sphere. 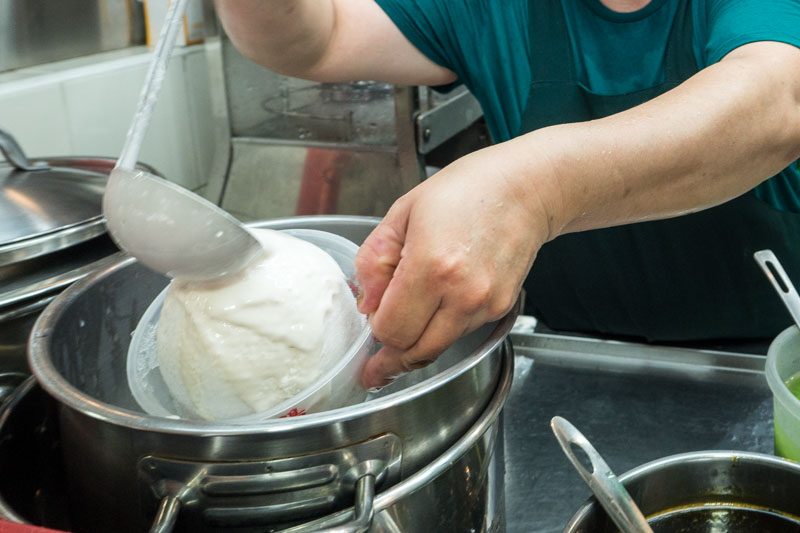 It was then doused in coconut milk, making it look even more smooth and flawless than it already was before this step, which soothed the OCD (Obsessive Compulsive Disorder) in me. 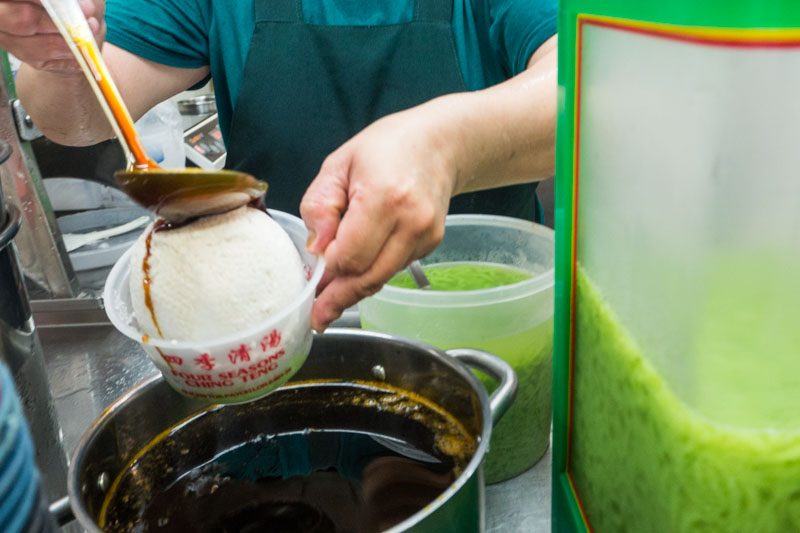 A ladle of thick and gooey gula melaka is then poured over, and this is what gives the dessert its distinctively sweet lingering taste. 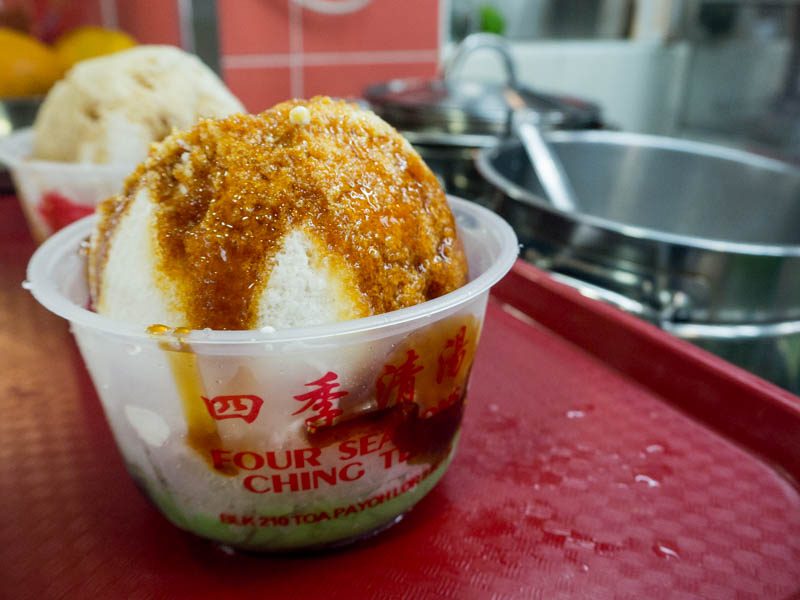 Voila, a bowl of goodness created and served in less than a minute. We even had to order another bowl just so that we could get the shots we needed — the storekeeper was lightning fast when preparing the dessert. 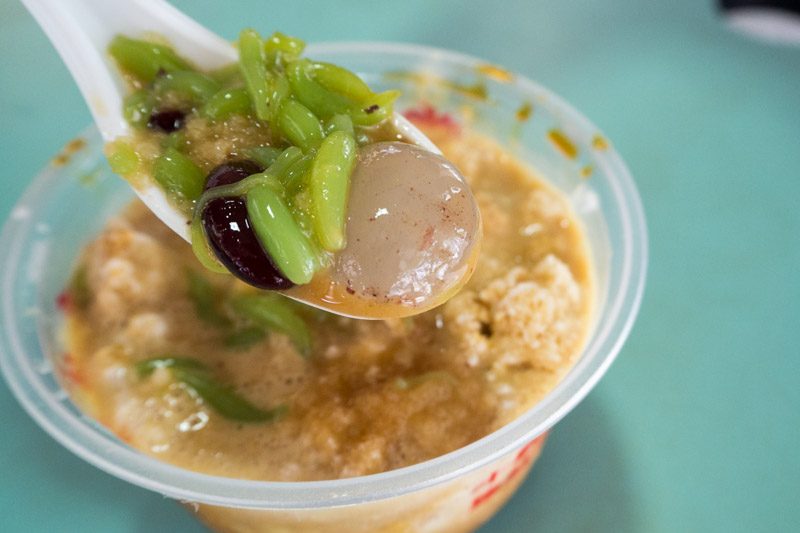 While other renditions include sweet corn and additional ingredients to spruce up the dessert, Four Seasons does it best by using only the most basic ones – truly maximising the term “less is more”.

Every mouthful was laced with an abundant serving of green jelly noodles, which had an evidently strong pandan taste that most other dessert stalls lack in these days. A generous amount of attap seeds were present as well, and the addition of the red kidney beans gave it more texture than the regular sized red beans. 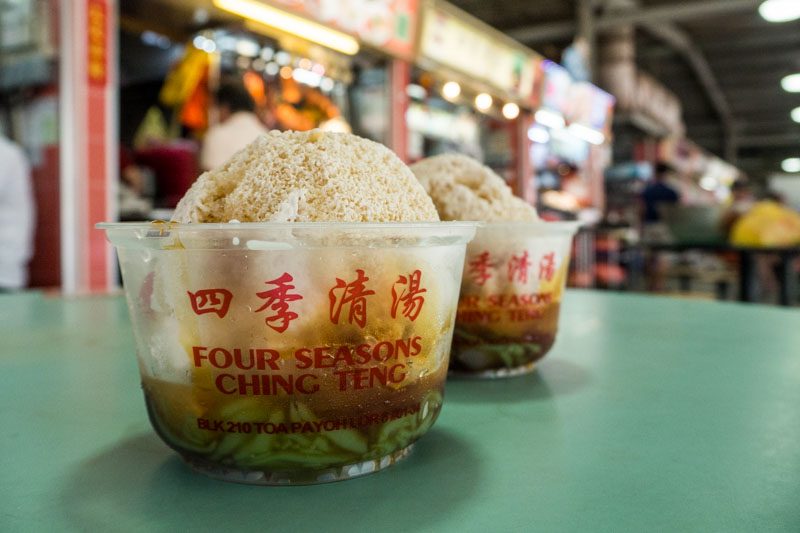 The bowl eventually melted into a thick, milky concoction, which you can slurp up easily. For photography purposes, an additional ladle of gula melaka was added, so ours tasted sweeter than usual.

We wouldn’t dub it as “The Best Cendol“, but it’s one of the best we’ve had thus far. If we aren’t too lazy to walk to the food centre for lunch again, we’ll definitely pop by for a bowl.