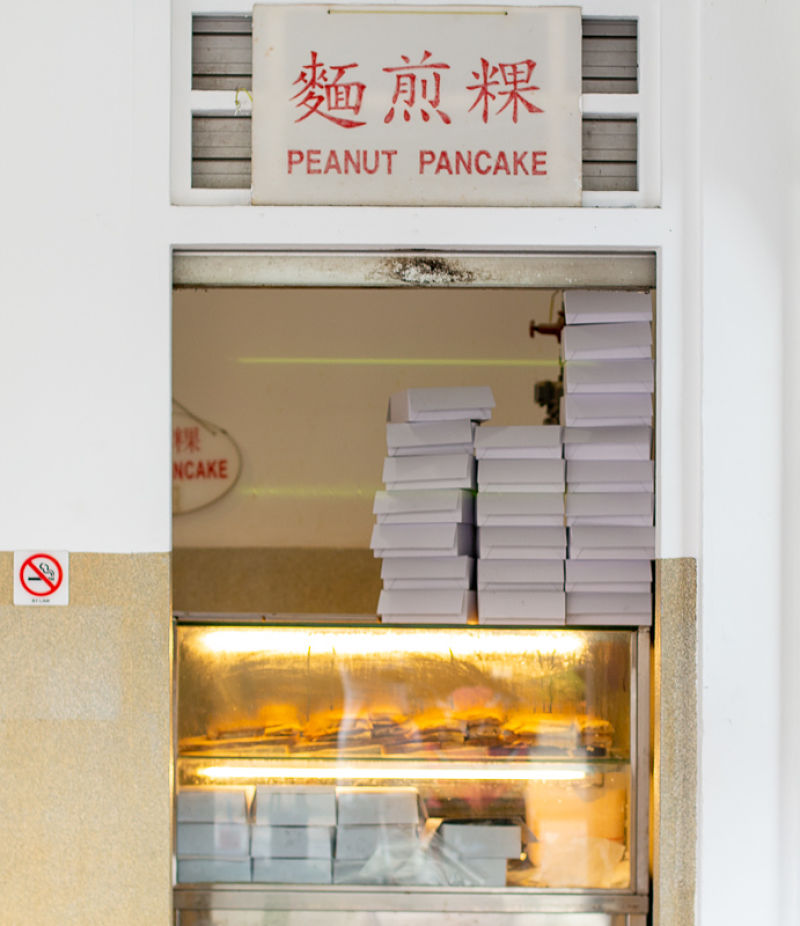 The shop is ran by none other than Frankie himself. The stall is known for its delicious and extremely affordable pancakes. Once I found out about it, I felt that I simply had to try it. When I arrived at the store, I was greeted by Frankie with a bright smile on his face. Frankie speaks Mandarin Chinese and is fairly fluent in English too, which made communication a breeze. I visited the store prior to the lunchtime crowd, which allowed me to speak with him and find out more about how Frankie’s Peanut Pancake became what it is today.

Frankie shared with me that he has been running the stall for approximately two decades, with steady popularity amongst those who stay and work in the vicinity.

Unlike many other uncles and aunties of his age that have their jobs in order to sustain them, Frankie does this as a pastime. He recounts his previous career being a fisherman and said he retired and decided to make his own pancakes as a hobby. Even though the stall is a passion project, Frankie takes his job very seriously. He starts off his day early at approximately 6:30 am, preparing his own homemade batter. He even used to make his own red bean paste but has stopped doing so because of how taxing it is on his frail hands. Besides his work ethic, what I really admire about Frankie is his cheerful disposition. The smile on on Frankie’s face and his generosity in sharing his homemade min jiang kueh is something absolutely admirable. 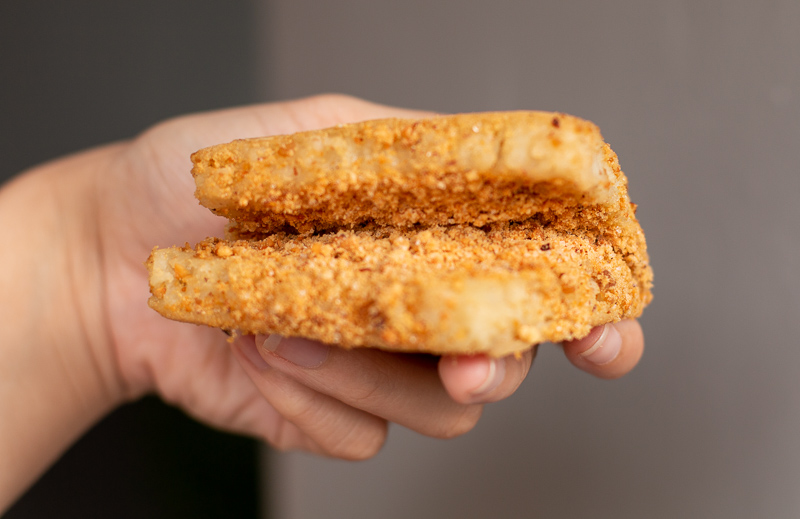 The most traditional of all three is the Peanut Pancake (S$1/slice) with its chewy and light pancake and a generous filling of ground peanuts.

The pancake made me think of my childhood, when I used to enjoy these pancakes for breakfast. The pancake is golden-brown, thick and has the chewy texture that I absolutely love in a min jiang kueh! The filling is purely ground peanuts, which also means the pancake itself isn’t too sweet. 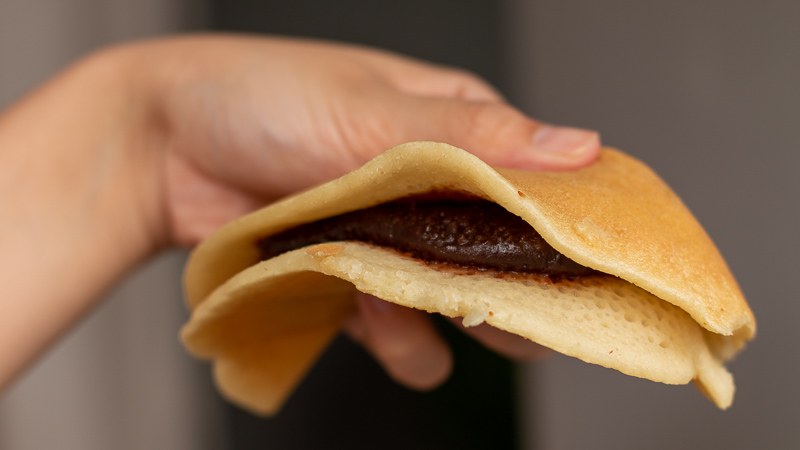 Red Bean Paste (S$1/slice) is the other flavour available, but it’s served in a different pancake. The pancake that wraps around the sweet and smooth red bean paste is somewhat more like a modern pancake that you may have for breakfast with maple syrup. It is slightly chewy with a light mouthfeel, perfect with the creamy red bean paste. 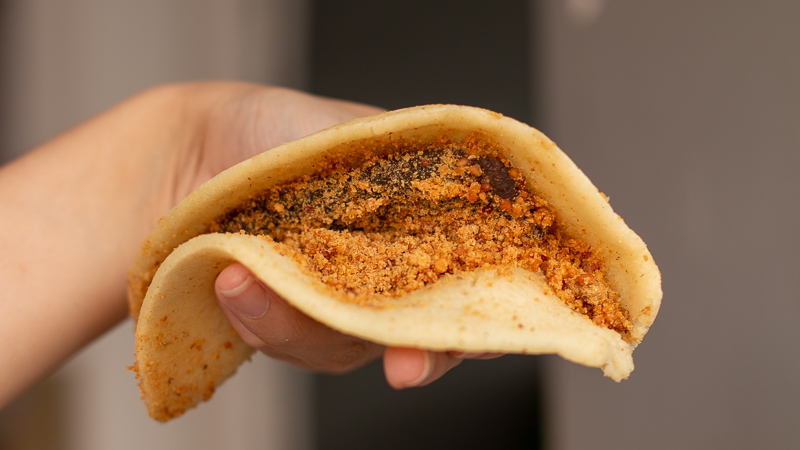 The last variation, which is probably my favourite—Peanut and Red Bean Paste (S$1/slice). This flavour combination is the perfect marriage between traditional and modern min jiang kueh, in my opinion. The crunch of the fine ground peanut and the smooth red bean paste add different textures to the pancake.

The entire pancake is not too sweet for me and has that lovely scent of both the peanuts and red bean. The fluffy pancake that wraps around the peanut and red bean paste makes it the perfect snack or breakfast!

Frankie’s Peanut Pancake is probably my favourite min jiang kueh place now. Hopefully, after reading this article and visiting the stall, it’ll be the same for you.

Previous articleR&B Tea Celebrates People Born In The Year Of The Rat With A Free Upsize From 23 Jan – 8 Feb
Next articleUbi 325 Fried Chicken & Western Food: German Sausage & Mala Chicken Failed To Impress Us At Western Stall In Ubi