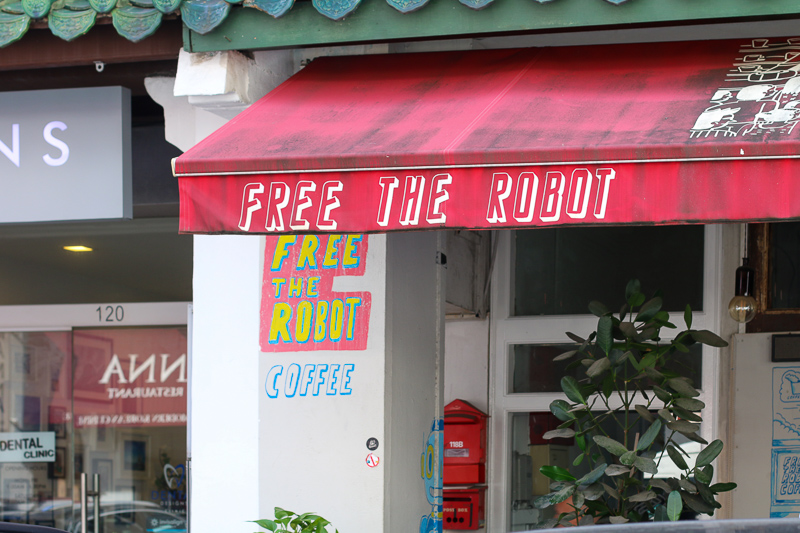 Nestled amongst other cafes along Telok Ayer Street is a cafe which brands itself as a place of sanctuary for those who have tired themselves out from a long day’s work. Free The Robot is a cafe in the morning, and transforms into a bar at night. 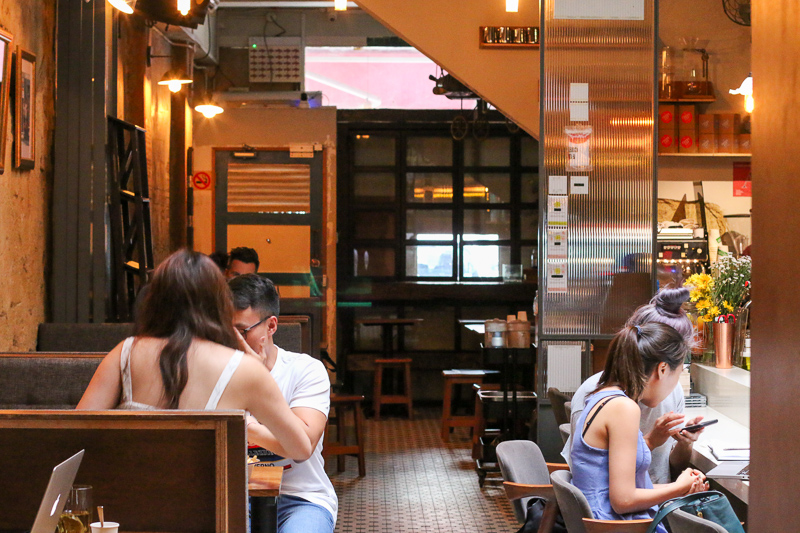 As soon as I stepped into the cafe, I instantly felt like I could spend hours there sipping on coffee, just chilling and recharging. The atmosphere was absolutely cosy with dim lights and warm colours for the walls. 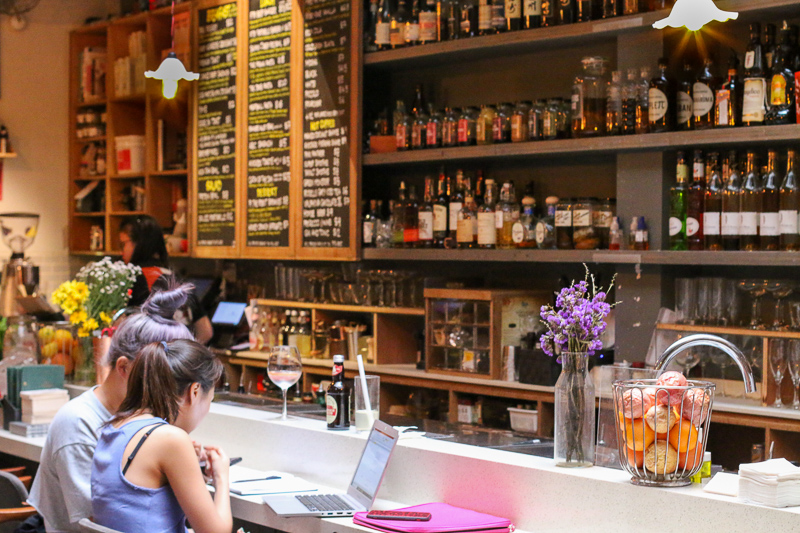 However, since the cafe would also become a bar at the end of the day, there was an extensive selection of alcoholic beverages displayed on the shelves. Just a disclaimer, we were at Free The Robot in the afternoon so we only experienced the cafe version. 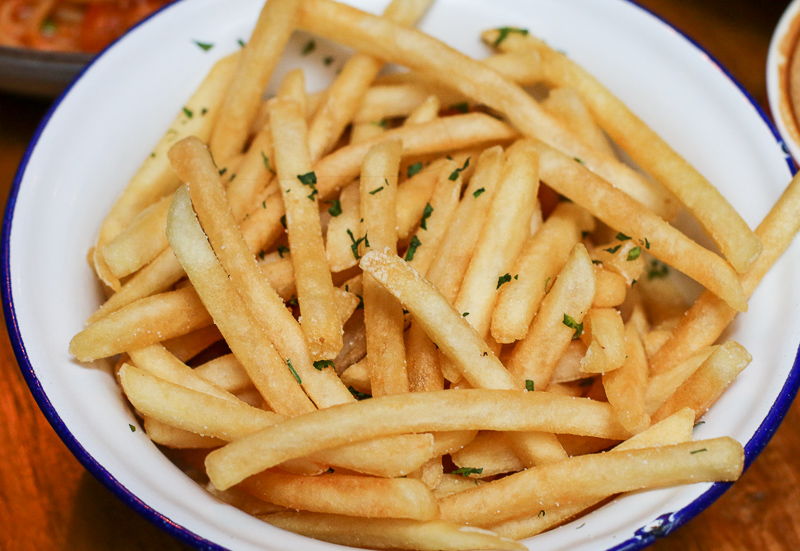 Ever heard of truffle fries priced at only S$5? Well, at Free The Robot, you have got to try out their Truffle Fries (S$5). These truffle fries are probably one of the most affordable ones I’ve seen that are sold in a cafe.

Fret not, low price doesn’t mean low quality. The truffle fries were quite a delicious starter. The truffle scent and flavour weren’t too potent or overpowering, which was just how I like it. 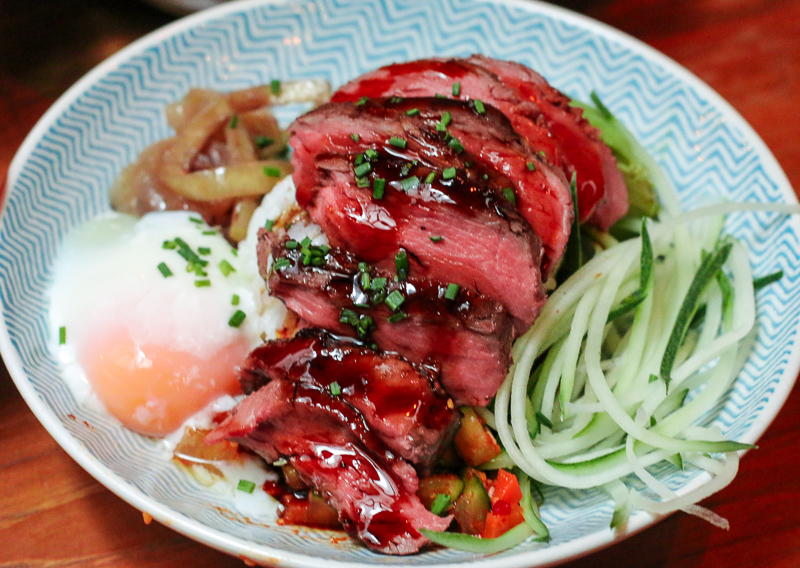 Moving onto the mains, we decided to get their latest addition to the menu—Beef Rice Bowl with a ½ Avocado (S$20). I do have to admit that for the price I paid, I really expected more in terms of quantity as well as something more creative.

The bowl contained Japanese white rice which was cooked till soft and slightly chewy, just the way it should be. Additionally, there were bonito flakes, furikake (dry Japanese seasoning), homemade achar, a poached egg and shredded cucumber slices. 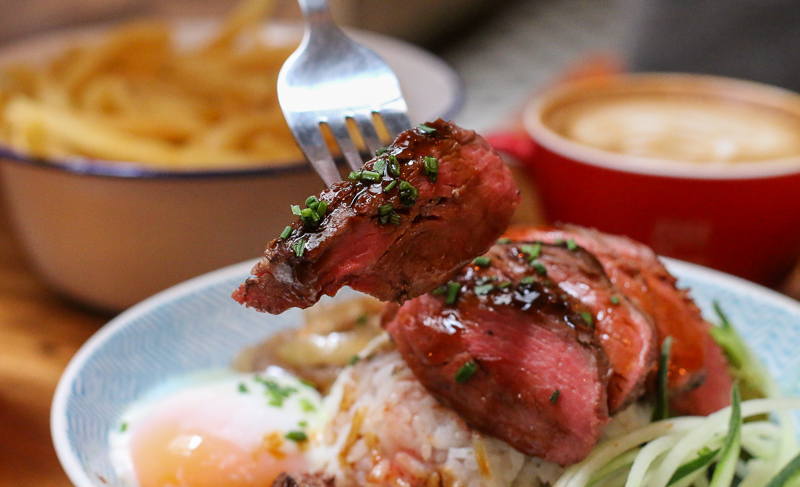 The star of the dish is the Rangers Valley grass-fed beef. I personally felt that the beef could be cooked slightly more—it was a bit too soft for my liking.

Perhaps what was most disappointing for me was the inconsistent cooking of the poached egg. There were some parts of the egg that were evidently uncooked because of how pale it looked compared to the rest. 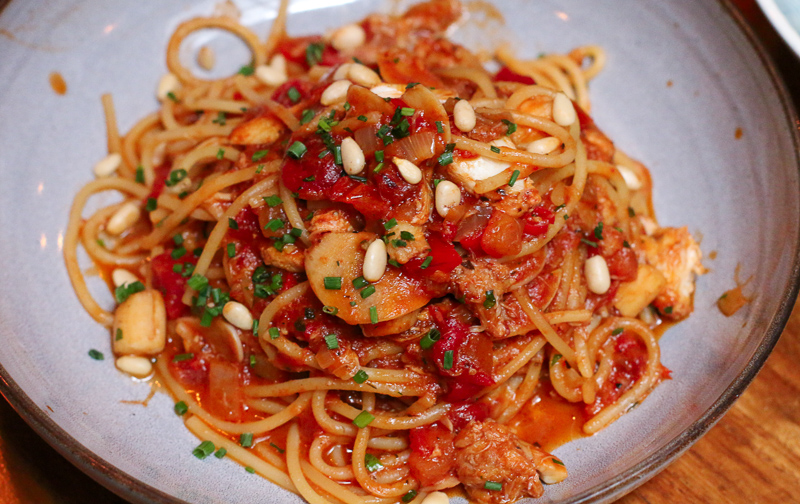 The other main that we ordered was The Blue Swimmer Crab Pasta (S$20). The pasta had a mixture of blue swimmer crab meat and baby scallops accompanied by tomatoes, pine nuts and cooked with chilli crab sauce as well as white wine.

This dish is probably more worth the price, because of its generous serving of crab and scallops. With each twirl of pasta, I was able to pick up a few pieces of crab meat and scallops which were very succulent. However, I do have to state that if you’re not a fan of spice, I wouldn’t exactly recommend ordering this dish.

Other than that, it was quite a delight slurping up the al dente pasta mixed with the tangy chilli crab sauce! Lastly, for our dessert, we decided to try out the Honey Crunch Affogato (S$7). This sweet creation consists of a potent double shot of espresso, artisanal chocolate ice cream and is topped with honey crunch. The ice cream paired extremely well with the espresso, though I have to say that I would have enjoyed more honey crunch for that sweetness and another layer of texture to the dessert. 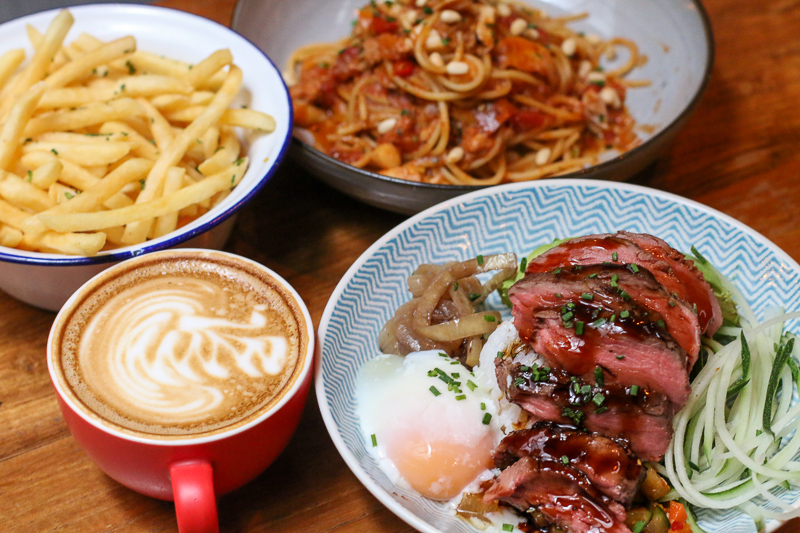 Despite having quite a list of drinks on the menu, we weren’t exactly spoilt for choice because by the time we arrived, the cafe was already transitioning into a bar. The staff informed us that the smoothies and milkshakes were off the list which was quite a disappointment. If you’re planning to visit Free The Robot for their smoothies and milkshakes, do consider heading down before 2pm. 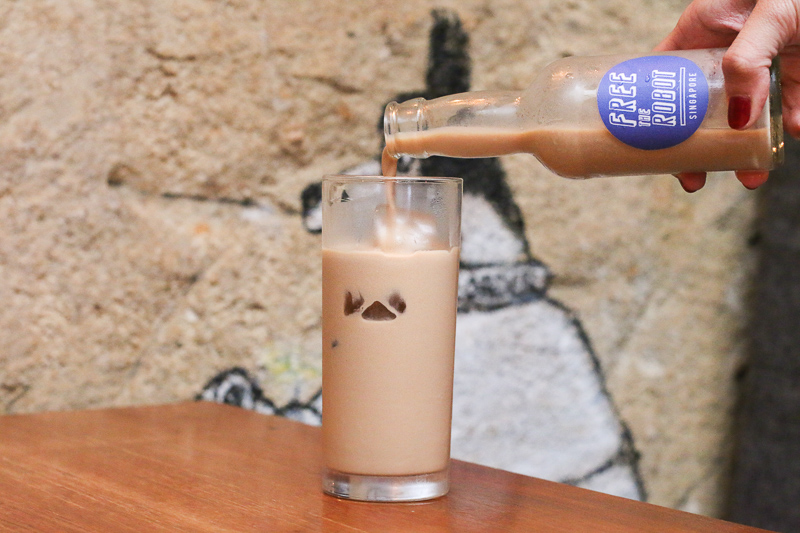 Out of all the drinks, I probably enjoyed the Robo-one Chilled Vanilla the most. It had a very smooth mouthfeel, with great fragrance from the vanilla pod-infused jaggery. I couldn’t stop sipping on this and had finished it in no time without even noticing. 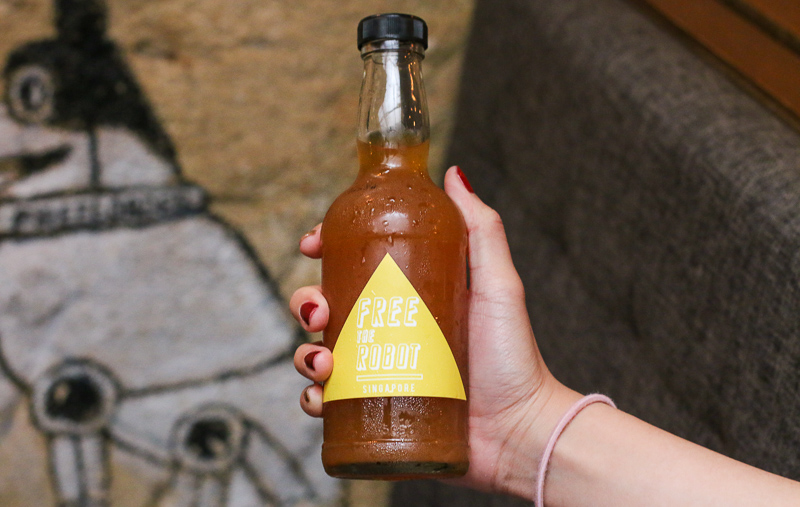 As for the Roselle Grey Iced Tea, we were honestly quite saddened with how it turned out. Instead of having it in a cup with flowers floating over the drink as how we had assumed it to be, it was merely served in a bottle. The drink was also quite sour at first sip which wasn’t very palatable. The drink is essentially brewed Earl Grey tea with hawthorn flowers which really didn’t impress me much. My overall verdict is that I wouldn’t recommend trying out this drink. Lastly, we had Free The Robot Signature which is a blend of coffee, milk, Aroozoo organic virgin coconut oil. This drink can be ordered either hot or cold and we felt like after two iced drinks, we should try out a fresh hot brew. 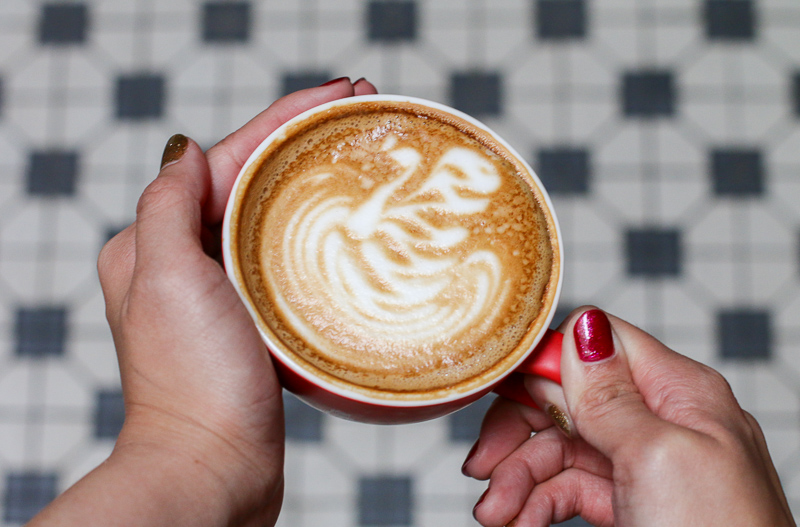 The drink was quite a unique concoction because of the Aroozoo organic virgin oil. It was my first time trying out coconut oil in my coffee and I was surprisingly pleased with how aromatic and unique it tasted.

Virgin coconut oil is known for its antioxidants and anti-stress effects which can boost one’s mental capacity and well-being by aiding in relaxation. I wouldn’t say that the drink did me any good in trying to relax but if you’re into unconventional coffee drinks, I’d say you should give this a go!

I personally feel like the trip down wasn’t all that worth it because most of my orders didn’t really meet my expectations. However, if you’d like to visit it for the coffee and truffle fries, why not?