If Samyang’s Korean Spicy Noodles doesn’t pack enough heat for you, maybe this one will.

MAMEE’s Daebak Ghost Pepper Spicy Chicken Noodles (S$2.90) first debuted in Malaysia and it has finally made its way to Singapore on 3 September 2019. 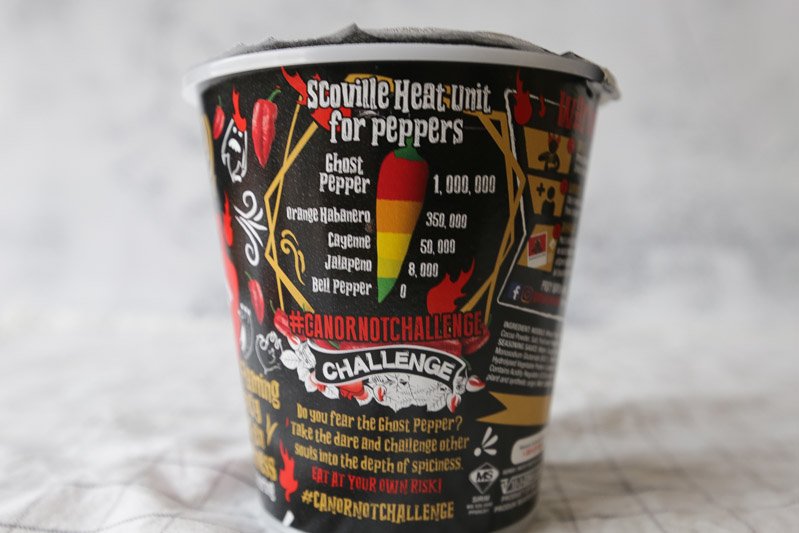 This particularly painful cup noodle is apparently the world’s spiciest instant noodles. It even has a Scoville Heat Unit scale printed on the cup to warn others of the spice level. 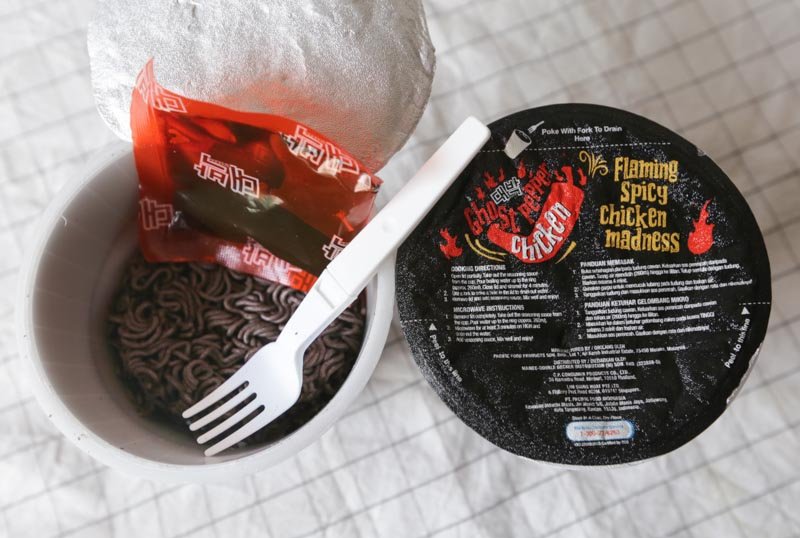 It comes with a foldable fork for easy consumption on the go. And of course, a pack of seasoning—this small packet is packed to the brim with deadly heat. After cooking the noodles the way you would cook the instant mee goreng—by simply adding hot water and draining it—it’s time to mix in the menacing-looking sauce. 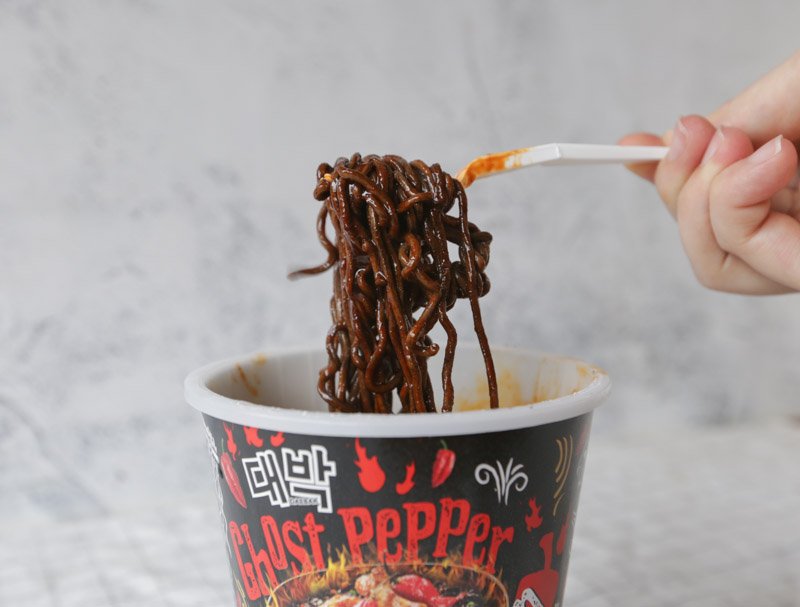 I was dreading the taste because I could already smell how spicy it was even at an arm’s length away. When I finally picked up the courage and put it in my mouth, the spice hit me like a wave but the aftertaste was worse.

I only had a small mouthful of it and I had to finish nearly half a tub of ice cream to dampen the heat on my tongue, and the pain lasted a good 30 minutes.

Truth be told, the noodles were so spicy that I could barely taste the chicken flavour. As I got my colleagues to try, some had the same reaction as me while the others felt totally fine.

Next time, I’ll only mix in half a packet or maybe even just one-quarter.

If you think you have a good spice tolerance, why not pick up a cup or two? You can grab the Ghost Pepper Spicy Chicken Noodles at all the 7-Eleven outlets in Singapore.

Psst, we heard that it will only be here for the next two months. Hurry down to the nearest 7-Eleven store and challenge your tastebuds!

Dates & Times: From 3 September 2019 onwards for two months | Available at all 7-Eleven outlets