French cuisine has inexplicably been associated with finesse and elegance, and there’s no better way to honour its rich history and traditions than with the annual Goût de France (Good France) event.

Now in its fourth year, Air France is a proud partner of the event, and together with organisers, Ministry of Europe and Foreign Affairs as well as Chef Alain Ducasse, has set out to celebrate fine French cuisine on a global scale. This unique event will involve five continents, with over 150 countries, French embassies abroad, and over 3,000 chefs all over the world.

Highly-curated French menus will be offered by participating establishments on 21 March 2018, with 10 Singapore-based restaurants taking part. This year, there will be a regional focus with the Nouvelle Aquitaine region selected as guest-of-honour.

This region is known for its outstanding French wines, especially Bordeaux, accompanied by robust dining experiences that everyone can enjoy. As such, Nouvelle Aquitaine products will be highlighted in the specially selected restaurants in France and around the world.

Air France held exclusive tastings in Pretoria, Mexico City, Singapore, London and New York to showcase the diversity in French cuisine and the exceptional talents behind its gastronomic offerings. As the main event will occur on 21 March 2018, Air France will organise the first-ever wine and champagne tasting in-flight with Paolo Basso, who was voted world’s best sommelier in 2013.

On Air France flight AF072, from Paris to Los Angeles, Basso will present the wines and champagne list exclusive to Air France to all Business Class passengers. Premium Economy and Economy class passengers will also get a chance to have a taste of the medium-haul Business Class wines. Passengers on all Air France long-haul flights departing from Paris on that day will also get to dine on a curated menu for a one-day-only highlight of some of the best dishes that French cuisine has to offer. During the tasting held in Singapore on 7 March 2018, the media and esteemed guests had the opportunity to sample Chef Yves Cambeborde’s oyster-based creation as a sampling of what the curated menu could offer.

He proudly announced his pride in being able to share the diligent effort that goes in creating great French cuisine and is excited for this event to show off the very best that France has to offer the international culinary scene and its consumers. 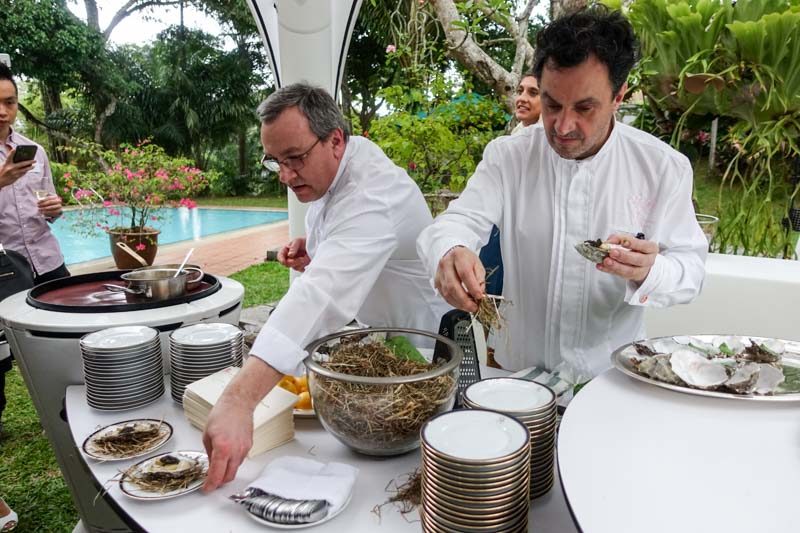 Right here on our sunny island on 21 March 2018, the 10 participating French fine dining and highly-acclaimed bistros will offer a special Goût de France menu, which will include an aperitif with finger food, a starter, one or two mains, a cheese platter and a dessert, complemented by French wines and champagnes. 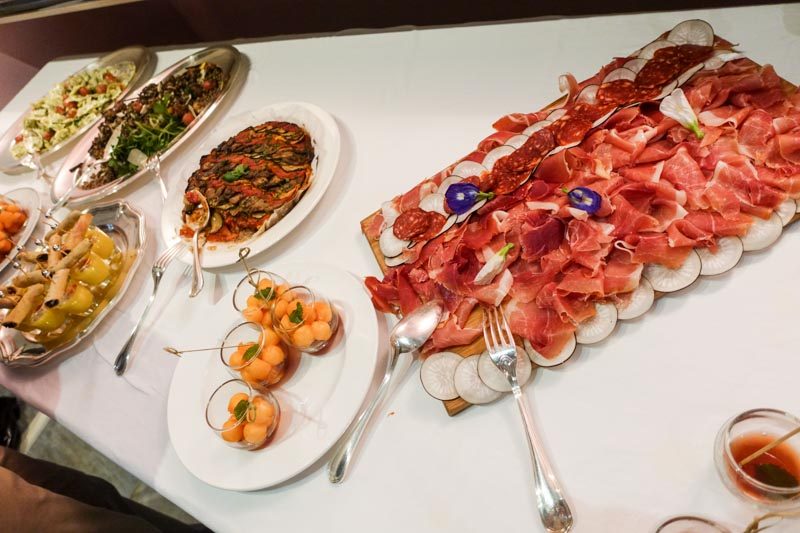 Through the Goût de France event, the French government hopes to share with the world the unparalleled class of French gastronomy. Its effects will also continue throughout 2018, with another notable event – an international forum – that will take place in June, for the first time, bringing together talents in French gastronomy in France.

Also, from 21 to 23 September 2018, for the eighth year in a row, across France, respected culinary talents will be in action as they participate in a large public event.

Now you won’t need hop on a flight to taste some of the best French dishes that our local and French chefs will prepare for you come 21 March 2018. Get your reservations in, save your appetite and have a bonne fête!

*This post is brought to you in partnership with Air France.