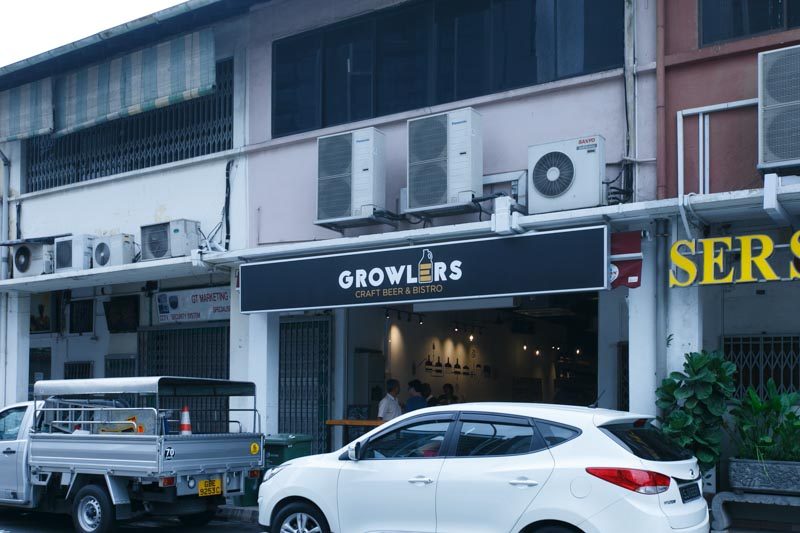 With the frothy rise of craft (beer) culture in Singapore, more people are hop-ping on the beer bandwagon. Ask someone what their poison is, and beer is more than likely to be on that list; Growlers Craft Beer & Bistro isn’t just a new kid jumping into the fray. Growlers Craft Beer & Bistro is an evolution and expansion of Hospoda Czech Microbrewery, and craft culture in Singapore.

So you might’ve been wondering, “what’s a growler?” or “why the name growler?”. In the land of the Queen’s English, the word growler is a rather offensive slur referring to a woman’s nether regions.

But, in the world of beer and good ol’ American, a growler is a big jug that people use to takeaway (da pao) beer off the tap from their local bars. 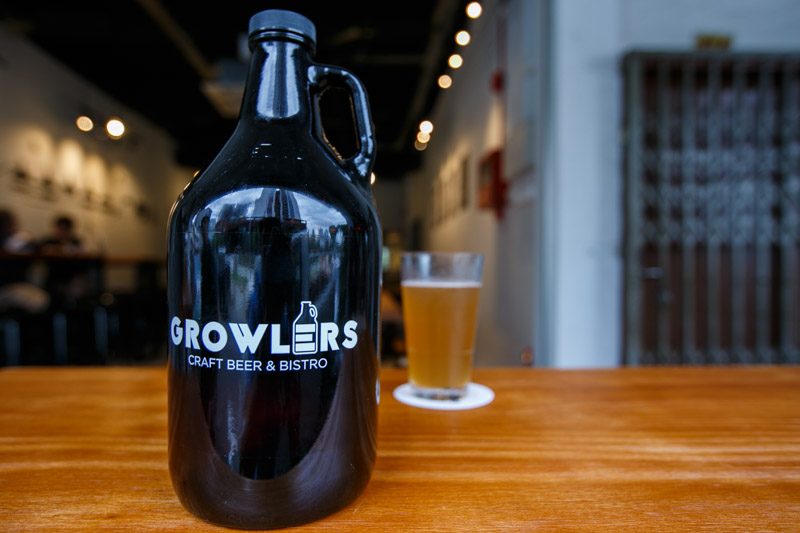 It’s simple and brilliant — big air tight jug, filled with your favourite brew from the tap. So if (drinking) craft beer is your passion or you’d like to have picture of big jugs on Instagram, look no further.

Bar and pub food, rich hearty food that’s probably not so good for the heart, but great with a cold one. Surprisingly, the dishes we tried at Growlers Craft Beer & Bistro aren’t heavily seasoned. Something the kitchen team deliberated on when creating the dishes, and nuance that I really appreciated. 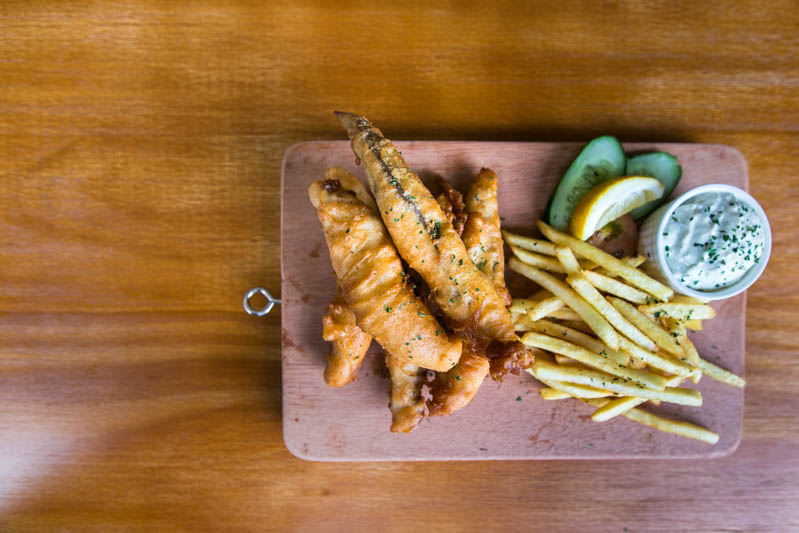 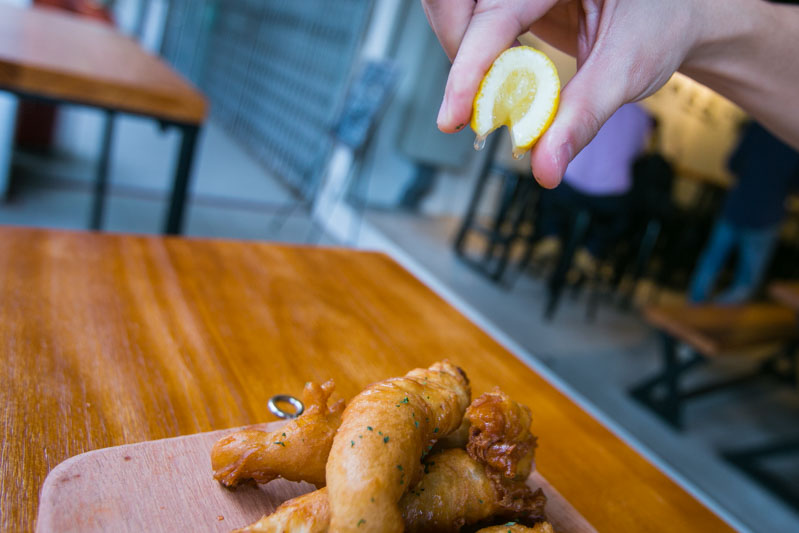 Beer battered fish & chips ($18) is a classic. Most of your average joints serving up fish and chips would use run of the mill dory fillets. And while I have no issues with said fillets, the seabass at Growlers’ offers more bite and is meatier in comparison. 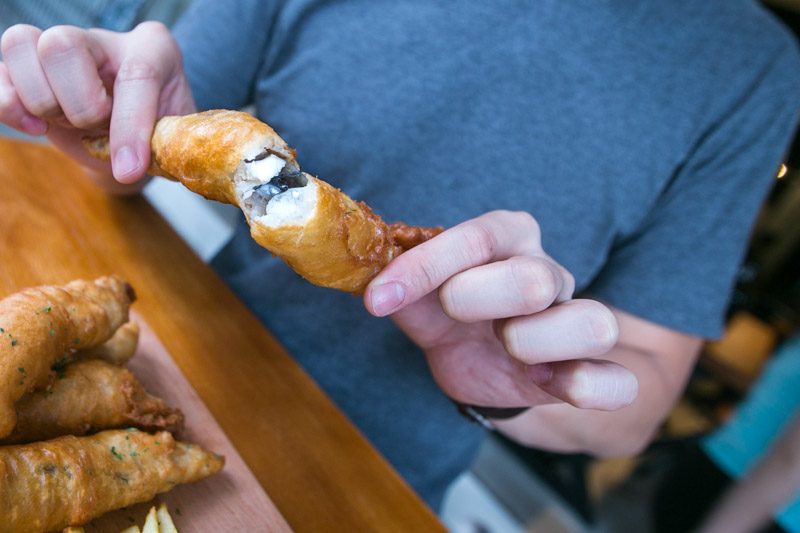 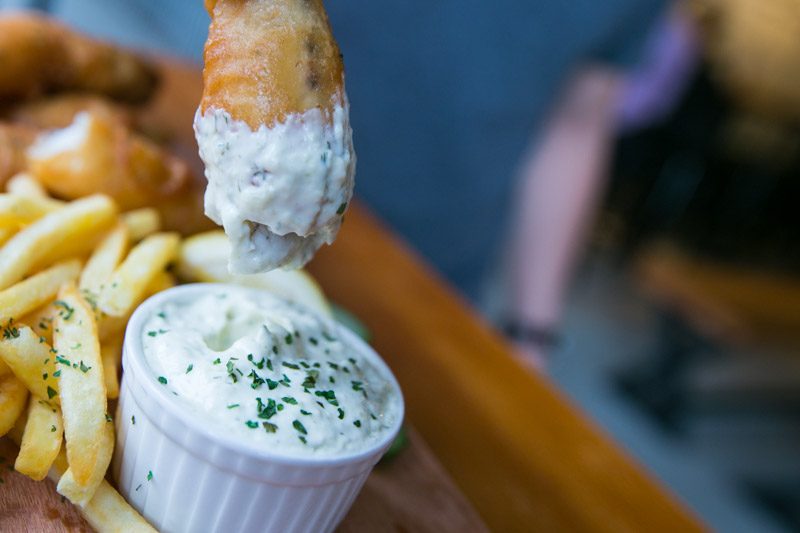 Fried in the house made ale beer batter, dip them in the (also house made) tartar sauce and you’ve got yourself a meal.

The creamy and tangy tartar sauce complements the crisp chunks of fried fish that are best eaten with a squeeze of lemon. 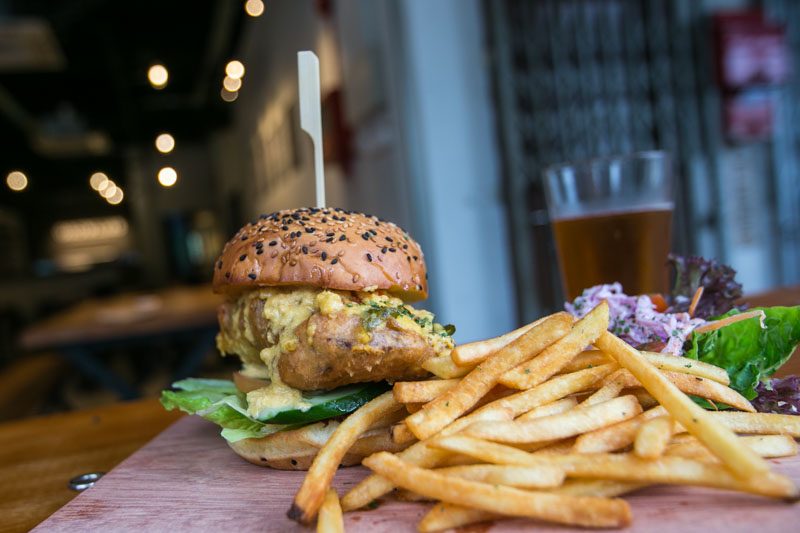 With salted egg yolk sauce over everything still sort of a thing, it isn’t surprising to find it on the menu. The salted egg yolk chicken burger ($19) is big and chunky, served with a side of purple cabbage coleslaw and fries; I think it’s reasonable for it’s price tag. The chicken thigh is deep fried — because the world is a better place with fried chicken — before being slathered with that creamy yellow salted egg yolk sauce.

I’ve never been a rabid fan of salted egg yolk sauce, but even for me the sauce didn’t come through as much as I expected it to. However, the heftily-sized burger makes up for that minor shortcoming. 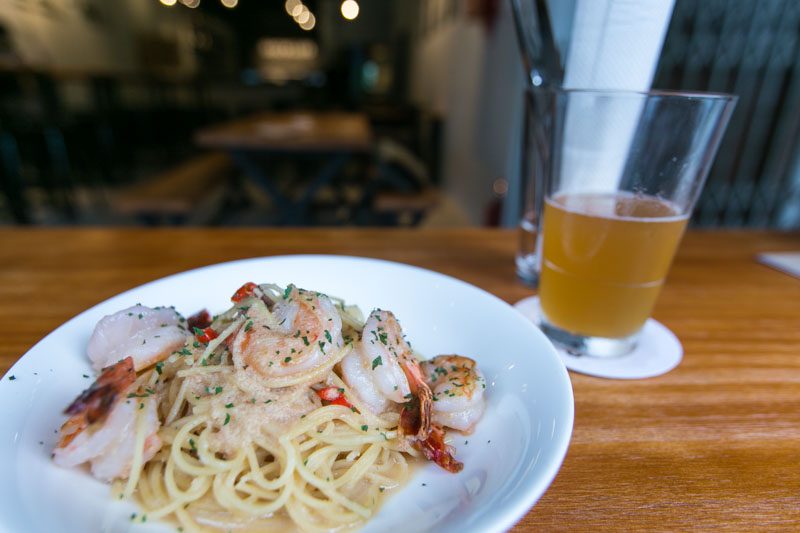 Aglio olio with prawns ($17), is that simple, classy dish we’re all familiar with, made with olive oil, garlic and chilli. But, at Growlers Craft Beer & Bistro, the prawn stock is done with a local twist.

And, when the hot plate of pasta hits your table, allow the briny aroma of the sea wafts up your nostrils. 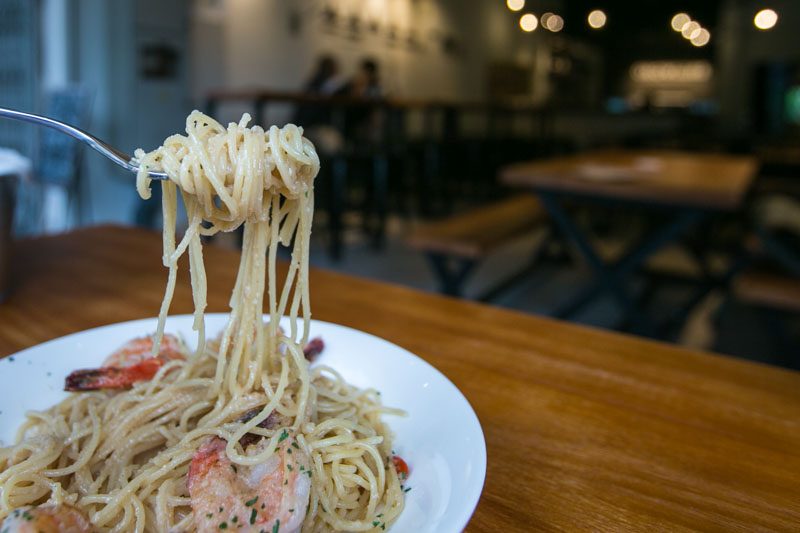 If the aglio olio was described as just aglio olio, and it’d check all the boxes for me. However, the flavour of the prawn stock doesn’t come through as much as I anticipated.

Maybe this is one dish where the “oomph” factor can be turned up. 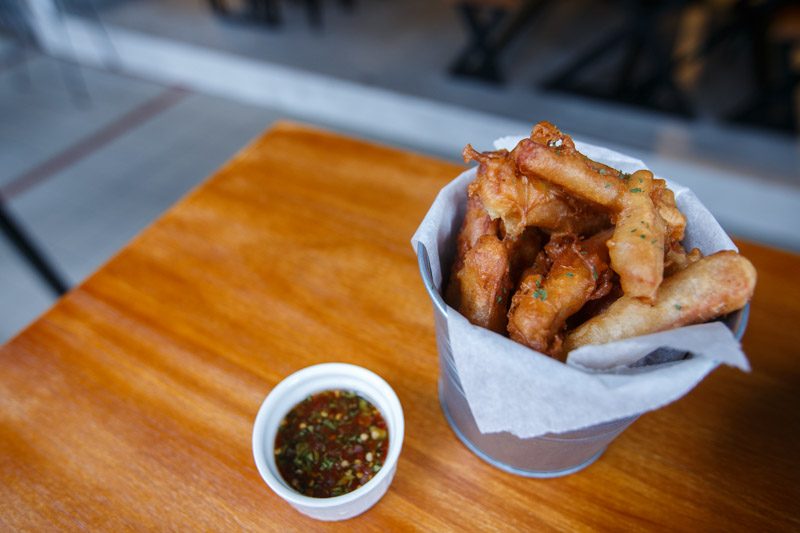 Beer battered spam fries ($9), is crispy and meaty in a convenient french fry form. And, with the sweet chilli soy dipping sauce, it’s really the best. You’re not hit with the salty and heavy flavours of preservatives that go into spam; it’s the perfect finger food for a growler of beer… or two. 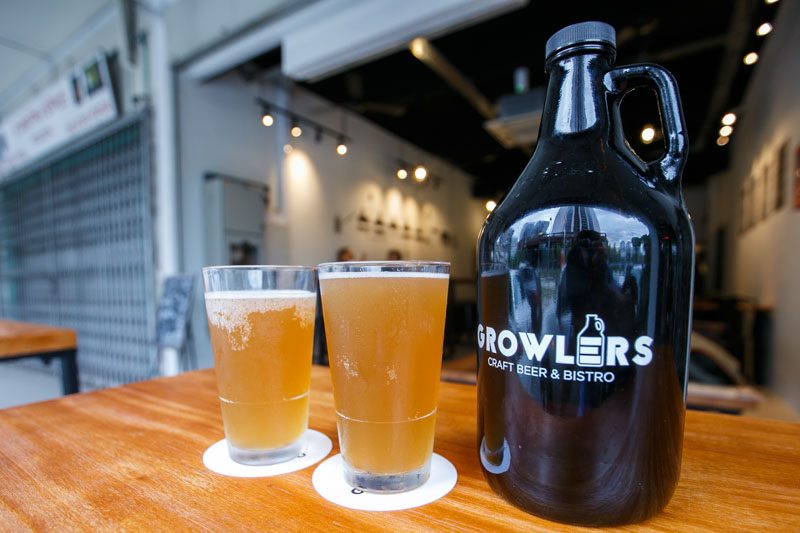 While the menu at Growlers Craft Beer & Bistro is still a work in progress. The team behind the new concept in the heart of Potong Pasir are looking to grow the local craft scene, and I’ll drink a growler or two to that!