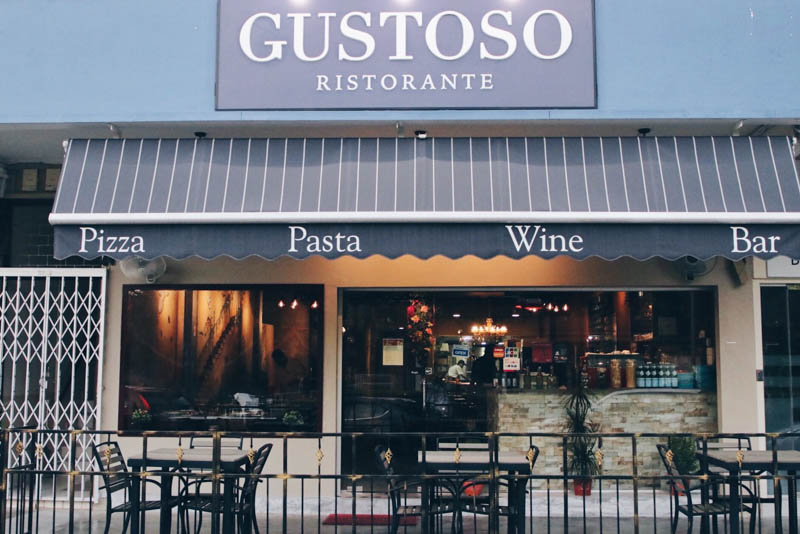 He has also previously owned many other restaurants, such as Pietro Ristorante Italiano and Blend It Up. 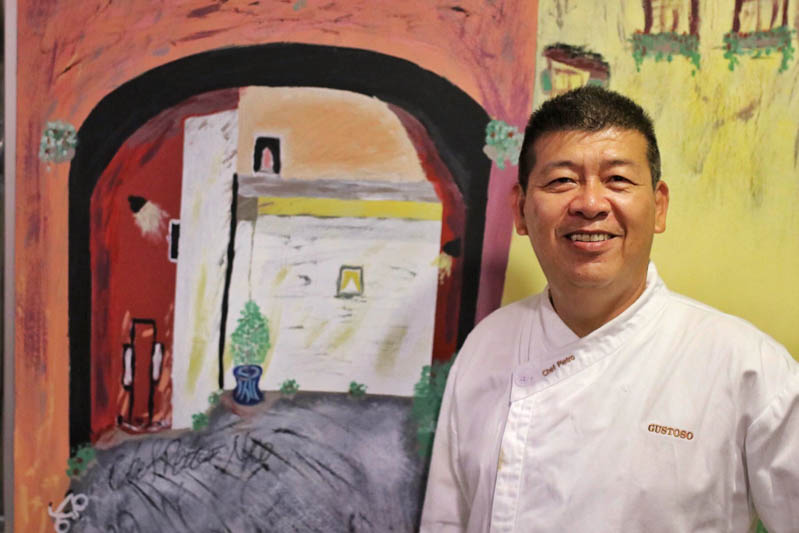 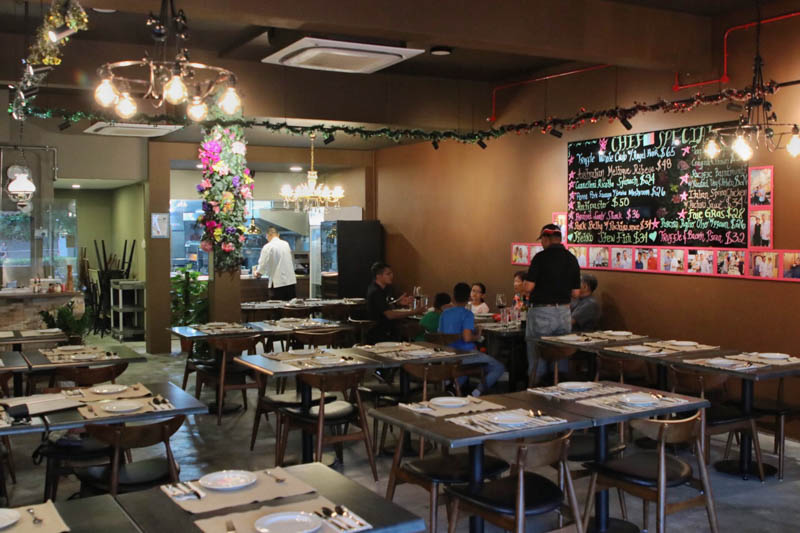 With warm and dim lighting, Gustoso Ristorante Italiano had a cozy atmosphere. It’s the perfect spot for chilling out with friends or that special someone. To start the meal, we had the popular Pasta Fredda Capesante di Hokkaido Al Tartufo (S$45++), which is chilled angel hair pasta with Hokkaido scallops and truffle oil.

I could immediately smell the distinct truffle aroma once the dish reached our table. 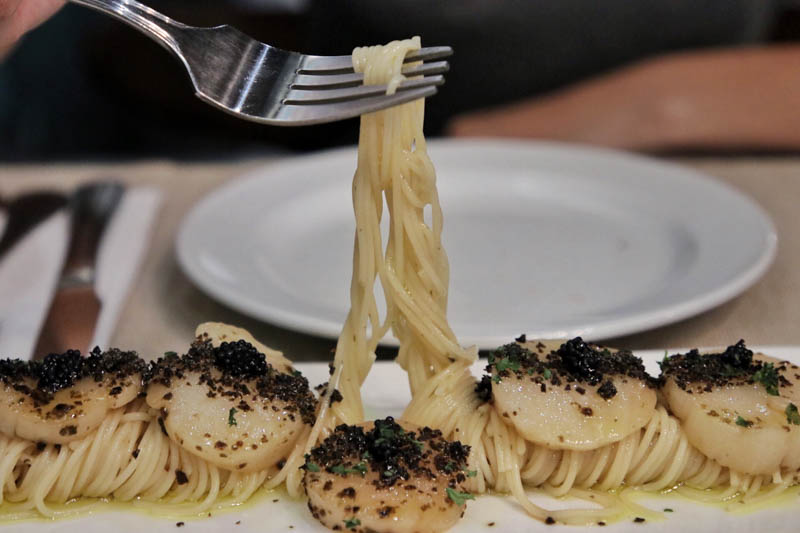 Cooked al dente, every strand of the angel hair pasta was coated evenly with the truffle oil.

The salty caviar accentuated the sweet and fresh scallops, while the truffle oil added a strong mouth-watering aroma.

Overall, this dish is an appetiser with intense flavours, especially from the truffle. If lighter and more refreshing appetisers are your thing, then I would recommend the Burrata Parma Ham (S$45++). This hand-stretched fresh mozzarella dish had a subtle cheesy taste that’s lighter on the palate. 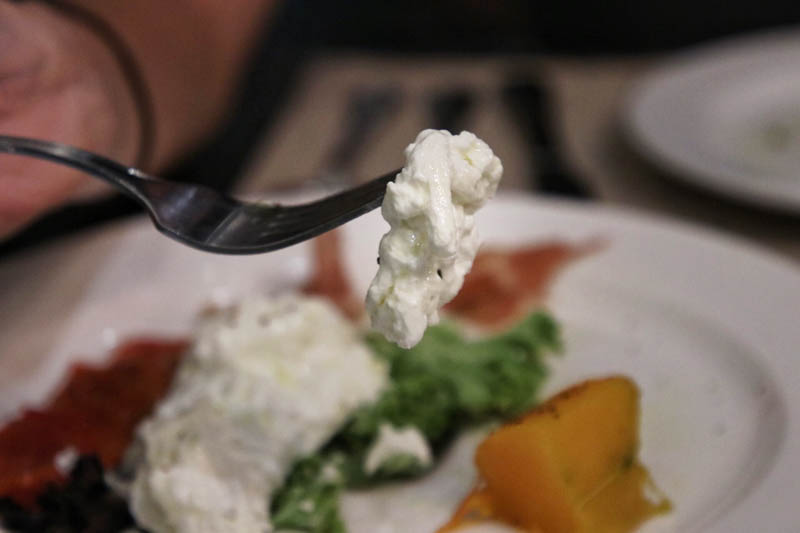 The parma ham, on the other hand, was intensely meaty and slightly salty and went well with the burrata. Interestingly, this dish is paired with roasted pumpkin, as opposed to the conventional rock melon pieces.

This combination actually worked out very well. The pumpkin had some crunch which contrasted with the soft and chewy parma ham. The gamey ham went well with the more subtle sweetness of the pumpkin.

Finally, the burrata rounded off the dish with its creamy texture. 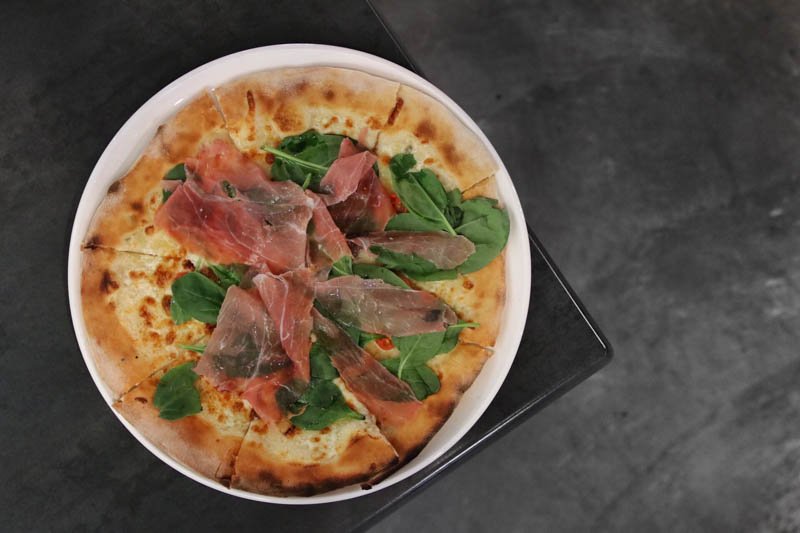 Since we were in an Italian restaurant, we definitely had to try their pizza.

Unlike regular pizzas which use a tomato base, the chef’s unique creation, Gustoso Pizza (S$34++) has a cream sauce base. Topped with two types of cheeses, parma ham and spinach, these pizzas are made from scratch and baked in a brick wall furnace.

The salty parma ham cut through the cream sauce and cheese, while the spinach added a slightly bitter tinge to the dish. 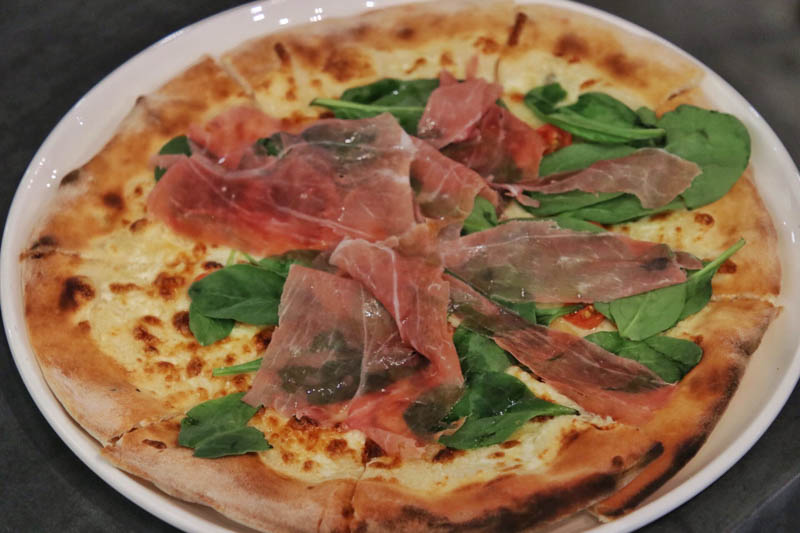 The crust of the pizza was thin, but still held its shape when I picked it up and didn’t turn soggy. The crispy edges were almost like a biscuit crust! 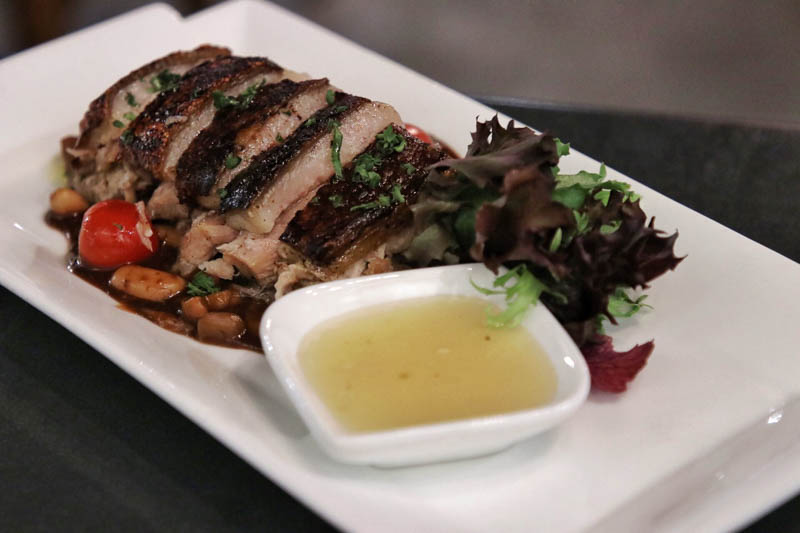 The chef also strongly recommended that we try the Roasted Pork Belly With Porcini Sauce (S$34++). Drawing inspiration from the usual Chinese roast pork belly, this pork belly dish has a similar melt-in-mouth fatty layer. It actually takes two and a half hour to roast, for the perfect texture. Each piece had very distinct layers of crispy skin, fats and lean meat. The skin was extremely thin and crispy, while the fats simply just disintegrated in my mouth. The apple sauce also cut nicely through the fats, preventing this dish from being too oily. I really enjoyed the Asian influence on on this dish, as sio bak (roast pork belly) is just sio good! I especially loved how the apple sauce helped to reduce the jelak-ness. 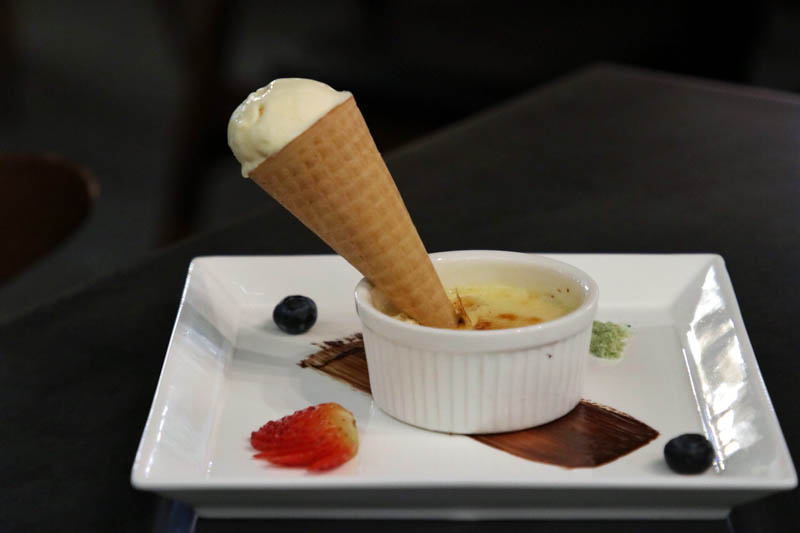 A meal isn’t complete without desserts, so we ended our meal with the Creme Brûlée (S$14). This dish came with a creative twist: there was a vanilla gelato ice cream cone stuck on it.

The best way to enjoy this dessert is to break off a bit of the ice cream cone and eat a bit of the creamy gelato with some creme brûlée. 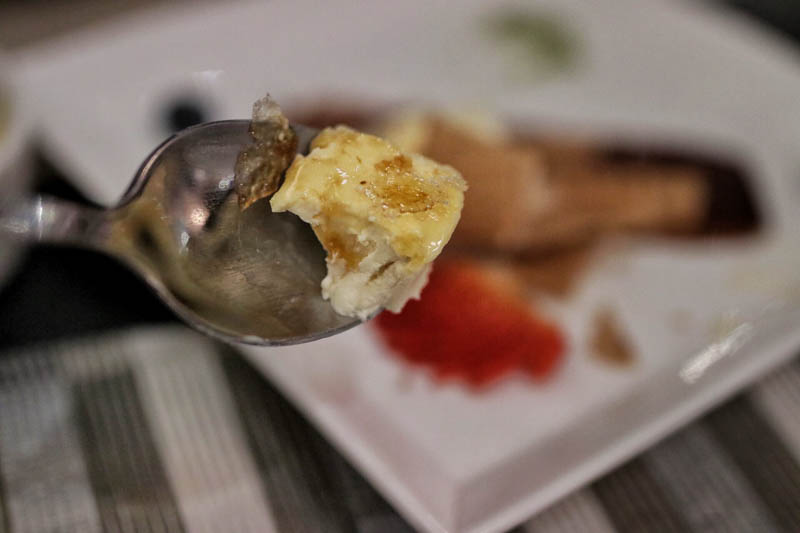 I was slightly disappointed that the creme brûlée was not as soft as I thought it would be. I was expecting a creamy, jelly-like consistency, but it was very stiff instead.

I really loved the food that Chef Peter Neo had dished out, and it’s definitely a testimony of the years that he has been in the culinary industry.

Be prepared to spend a little more at this restaurant, though the high quality of ingredients used justifies the prices.

All their food items are made for sharing so come with an empty belly and some hungry friends. My recommendation would be their signature Gustoso Pizza as well as the Roasted Pork Belly With Porcini Sauce.

If you’re in the area, don’t walk pas-ta place, go in it and enjoy a scrumptious meal!