As I arrived at the shop, the exterior presented itself as a traditional Chinese restaurant. I had no doubt that I was going to receive quality and authentic Chinese dishes. 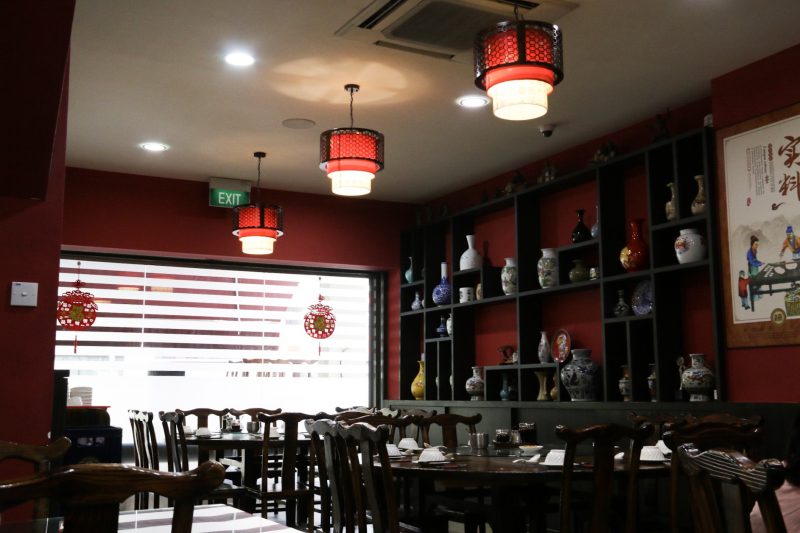 The shop had oriental decorations, making it resemble an antique shop. It had a strong traditional aura radiating throughout the shop, and I felt compelled to be cautious with every move I made. 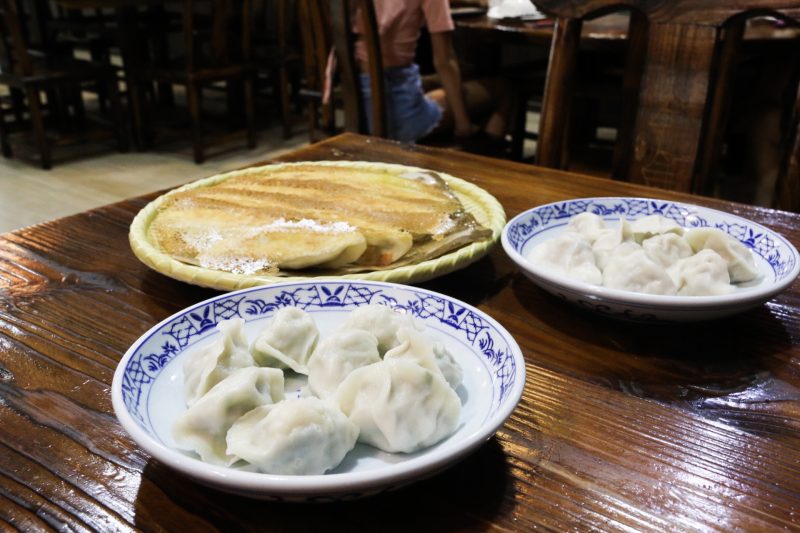 I ordered three of their famous dumpling dishes. When the dumplings arrived, I was impressed with the portion. For the price of less than S$8 per dish, each portion came in a portion of eight dumplings. 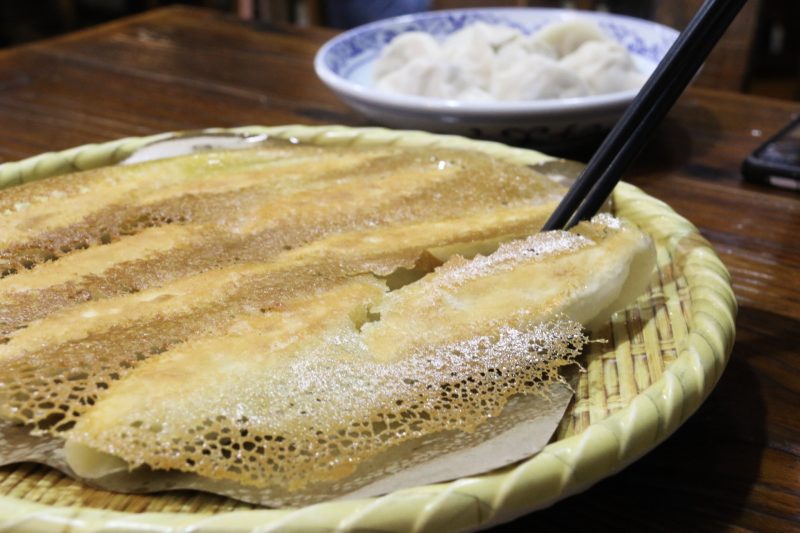 I started with my favourite, Fried Dumplings With Leek, Pork And Shrimp (S$7.80). Unlike the usual fried dumplings where the dumplings are all fried separately, Hand in Hand Beijing served their dumplings fused together as one. The crackling sound of breaking the layer of fried skin was so satisfying, it felt like I was doing an ASMR.

I would highly recommend you to have this dish hot; the crispy texture contrasted well with the silky skin of the dumpling. As I bit into it, its juices filled my mouth and the meat felt like it was melting on my tongue, like a marshmallow on a stick. 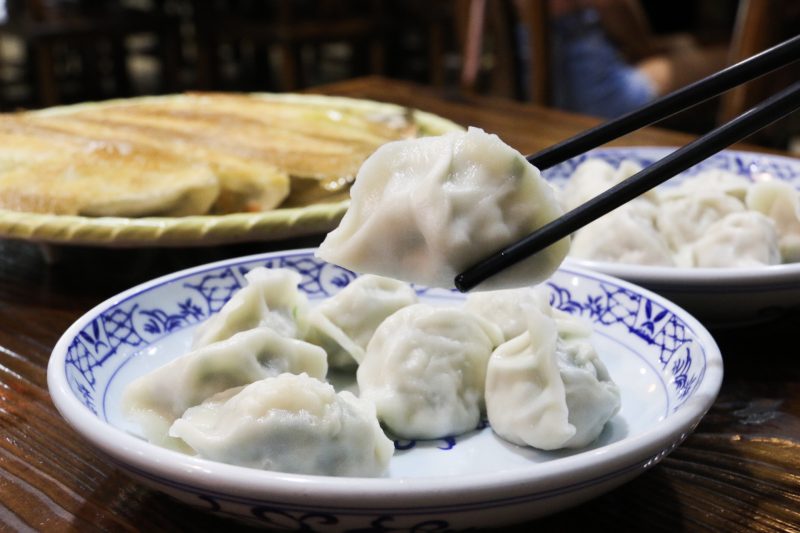 The next dish was Steamed Dumplings With Leek, Pork And Shrimps (S$5.80). Just from the appearance, I could tell the dumpling had a good filling-to-skin ratio. This was definitely a promising sign, and I could not wait to dig in. 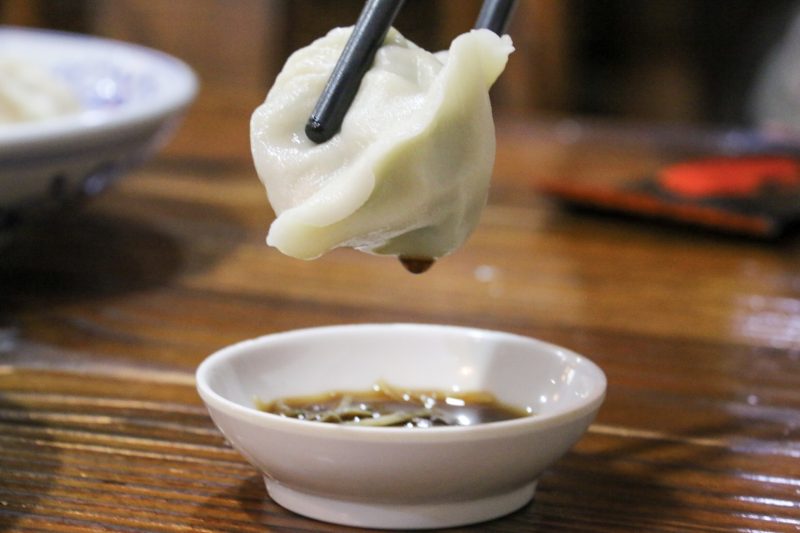 Just like 豆浆油条, the pairing of dumplings and vinegar are like a match made in heaven. I have never, ever eaten a dumpling without drenching it in vinegar and ginger. This was indeed a satisfying bite for me. 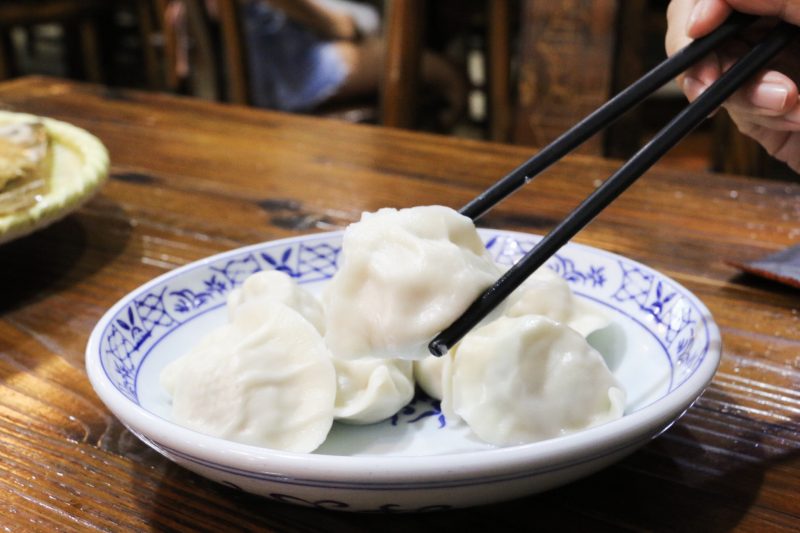 The last dumpling dish that I had was Steamed Dumplings With Chinese Cabbage And Pork (S$5). 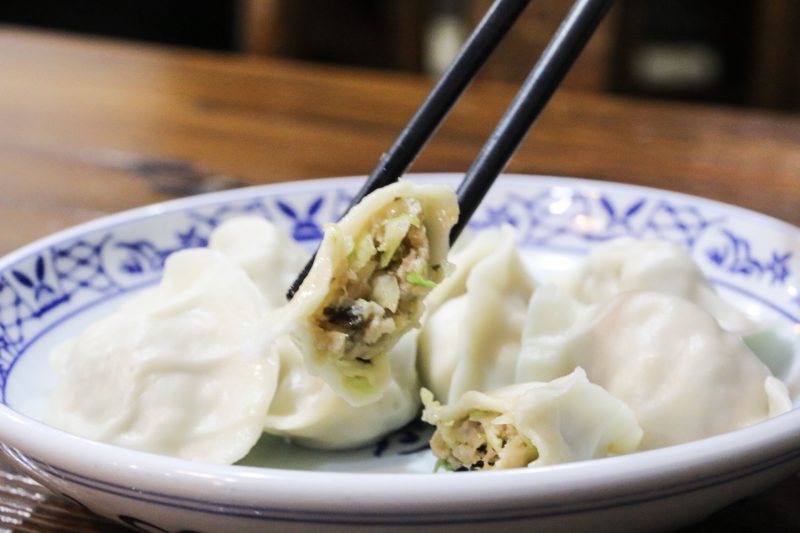 This may taste a little too earthy for those who are not a fan of black fungus. Bits of black fungus were hidden within the filling which gave the entire dumpling a crunchy texture. I have to be honest, this was my least favourite dumpling. For someone who is not a fan of crunch in my dumplings, this was definitely not the dumpling for me. However, if you love this combination, do give it a try!

Every dish was definitely wallet-friendly. If you are looking for an alternative place to have dumplings, Hand In Hand Beijing could be your next go-to spot!