This obsession with cheese just seems like it’ll never stop. Understanding that basically anything with cheese will sell, House of Beehoon concocted a dish that cheese-lovers are sure to fawn over: Seafood Cheese Beehoon. 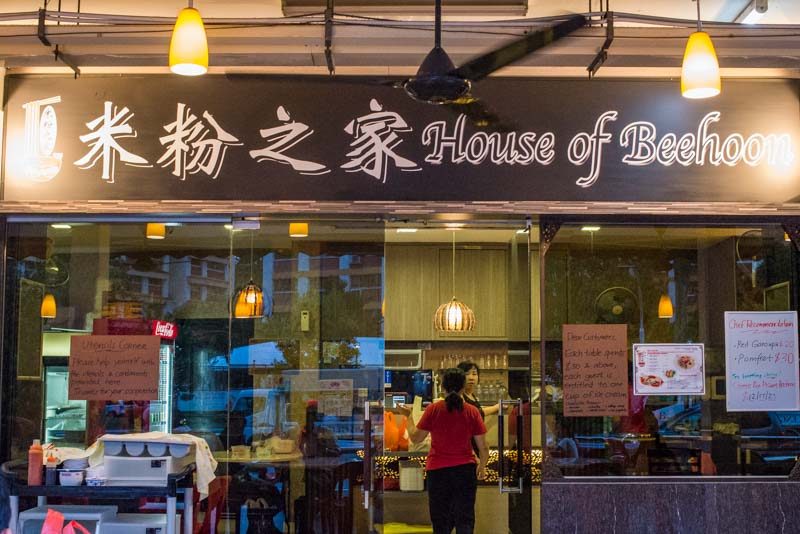 Located in a corner of Bishan, House of Beehoon is a short bus ride away from the MRT. At first glance, it looks like your average zi char stall. Upon closer inspection, however, you’ll find elegant lights that give the stall a contemporary touch. 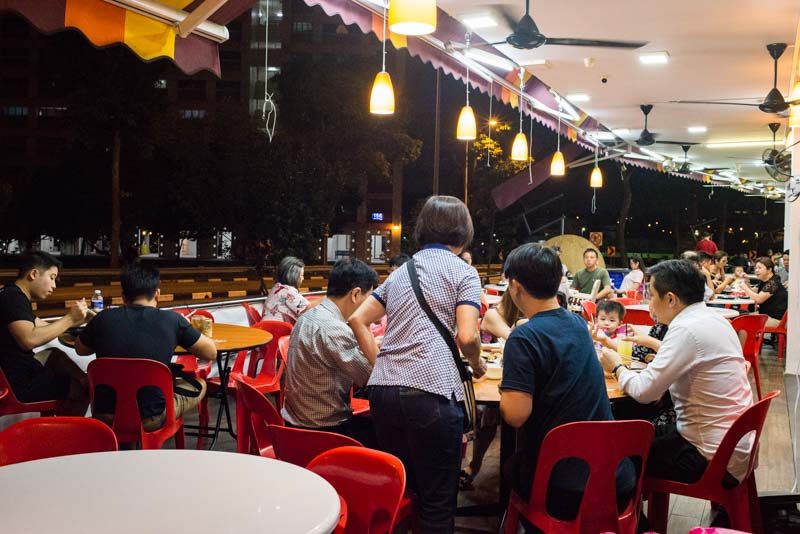 Customers can choose to sit outside for a more authentic zi char experience, or inside to escape Singapore’s merciless heat. I opted to sit inside. 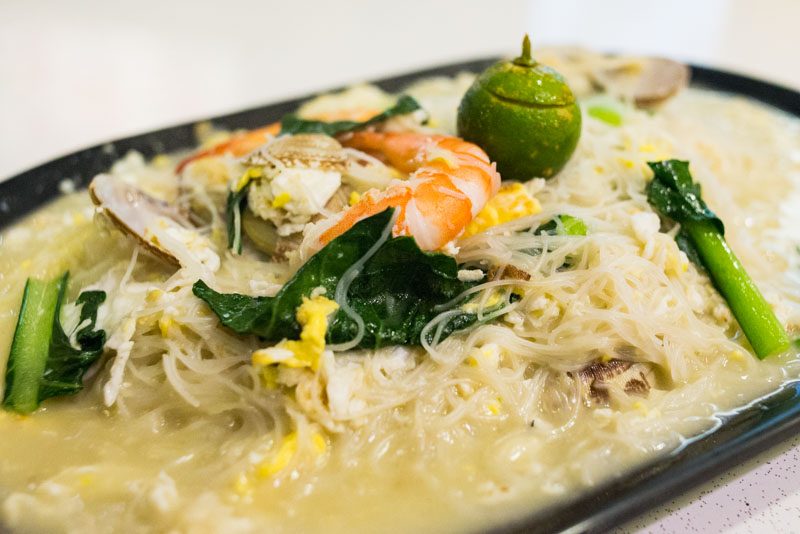 Like any zi char stall, the place has quite an extensive menu, offering a wide variety of rice and noodles, seafood, meat and greens. Since the place is named House of Beehoon, it goes without saying that I had to try the Signature Beehoon in Superior Soup ($6/$9/$12). 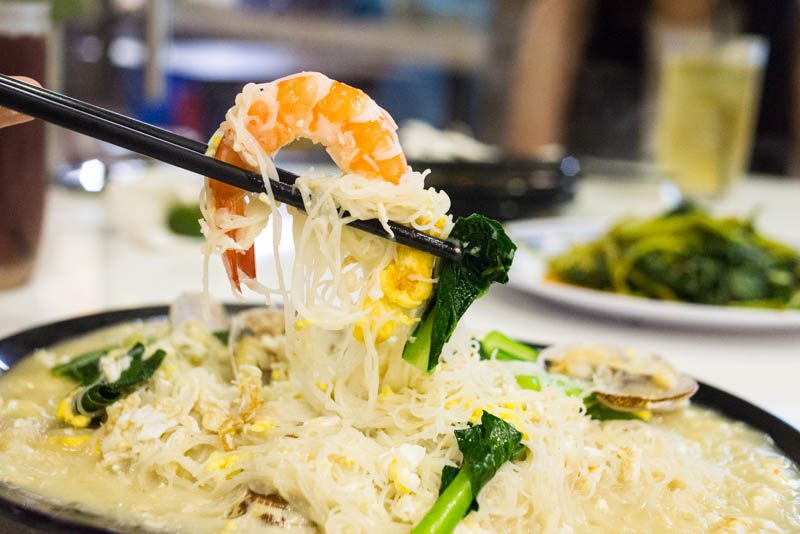 Okay, I think it’s no secret that white beehoon usually looks rather unappetising – it does look like a sloppy mess. Yet, all was forgiven when I got a whiff of that hunger-inducing aroma of the dish. And boy, did it taste as good as it smelt. 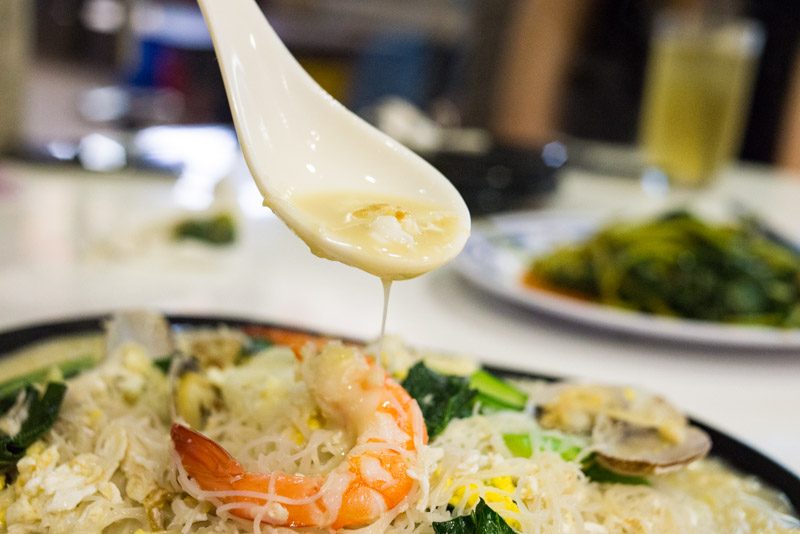 With my first bite, I was fooled into thinking that its flavour was relatively mild. Yet, as I continued chewing, I was proven completely wrong.

The broth had a very robust flavour that could only have come from the umami released by the seafood. It was a challenge to stop shoving spoon after spoon of that rich and creamy broth into my mouth. There was a decent amount of prawns, clams and sotong, and quite a generous serving of beehoon, enough for two even. The seafood was fresh and tasty, but nothing out-of-this-world. The broth remained the star of the dish. 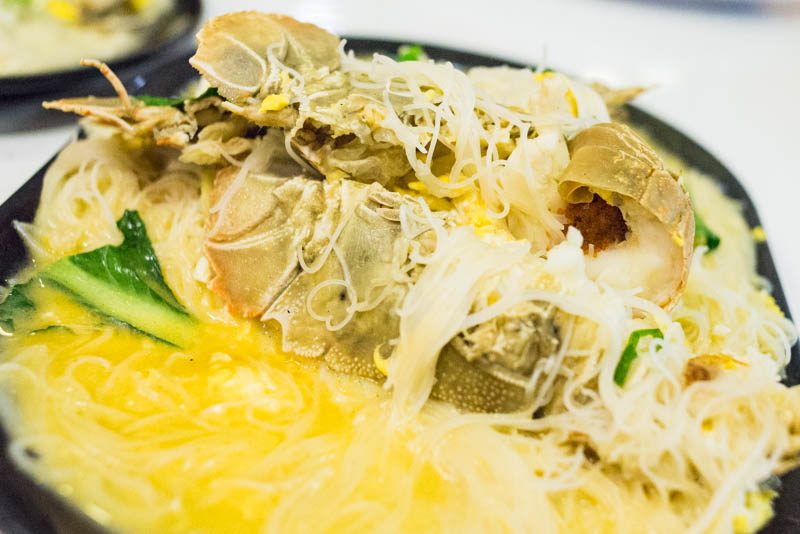 Well, enough with the boring old white beehoon, let’s talk about what I really came here for – the Cheese Beehoon. House of Beehoon offers crab, lobster, crayfish or ‘big prawns’ to go with the beehoon, all at different price points. Accompanied with a sharper aroma, the broth was a much deeper yellow. Truth be told, it did not smell as appetising as the regular beehoon, and I was rather apprehensive about taking my first bite.

As I’m not the biggest fan of sharp, strong cheeses, I was glad to note that the cheese flavour was rather subtle, and blended well with the strong flavour of the seafood. 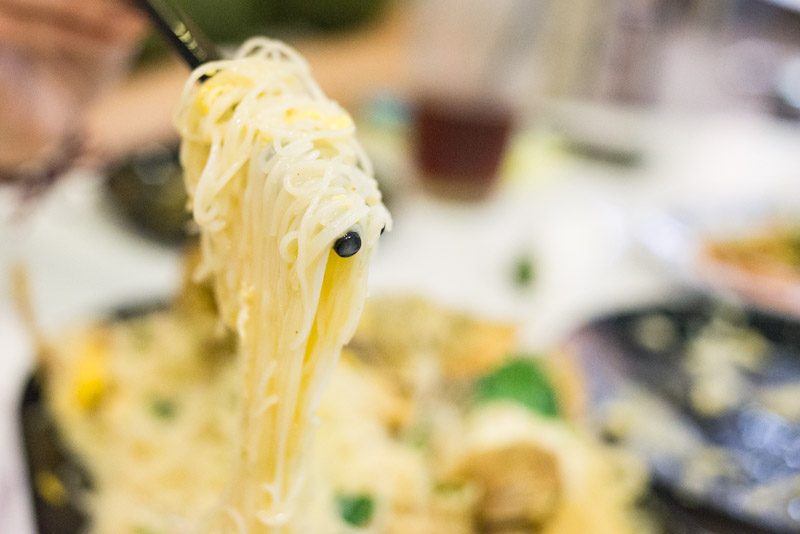 I will say though, there was a slight sharpness that cut through the dish, which I’m not a fan of. That being said, you would never guess what cheese was used in the broth. Think square and processed, and there you have it: regular sliced cheese.

I usually hate everything about sliced cheese, but the fact that I couldn’t even tell that they used sliced cheese just goes to show how seamlessly the flavours of cheese and beehoon melded together. 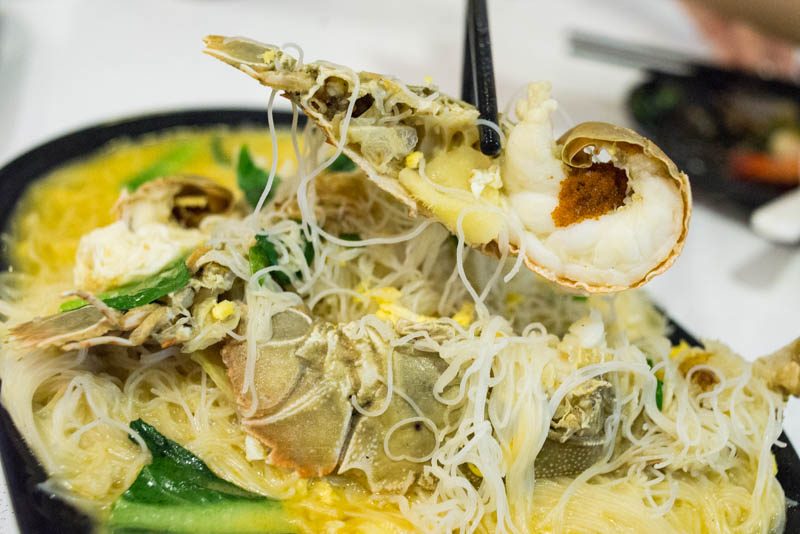 My favourite part of the dish, however, was the succulent crayfish, which came off the shell with much ease. These were fresh, juicy and infused with amazing flavour. I mean, who needs lobster right? Besides beehoon, I was also craving for the comforting warmth of some zi char staples. I went for the Hot Plate Beancurd ($8/$12/$16) that came so piping hot, that some of the thick gravy splattered out and onto me, ouch. 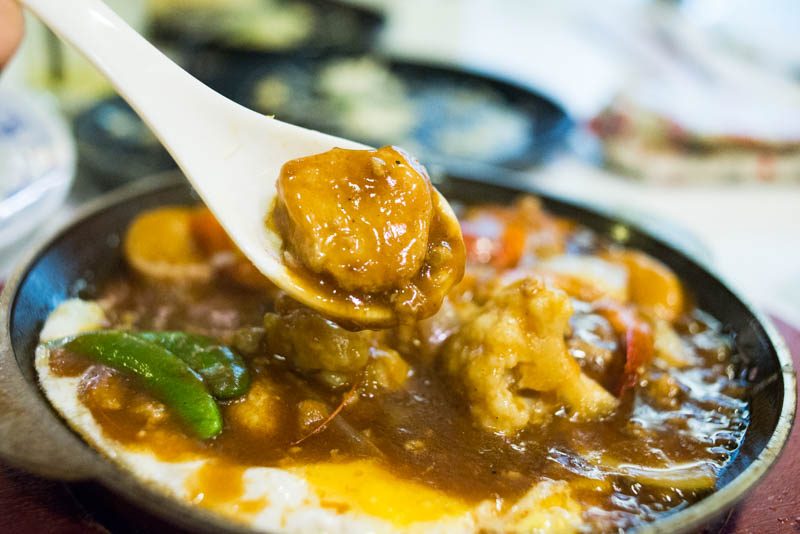 Even though I’d ordered the smallest size, there was enough for three people to share. A crispy charred egg covered the bottom of the plate, with toppings of prawns, mushrooms, beans, carrots, cauliflower, minced meat and of course, tofu.

While I enjoyed the medley of textures, I felt that the tofu didn’t exactly absorb the flavours of the sauce, which it really should have. Overall, it was still a dish that could warm one’s soul though. 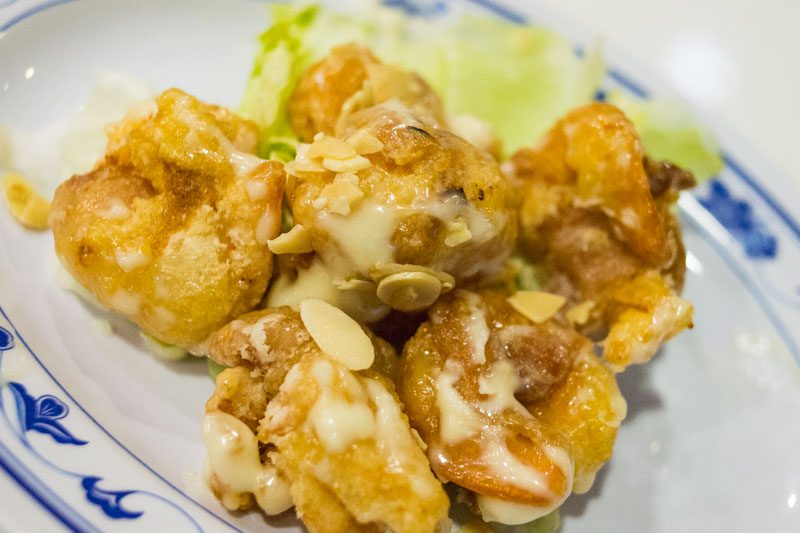 The juicy prawns were wrapped with savoury bacon and deep-fried, then somewhat disappointingly, slathered with mayonnaise. I enjoyed the crispiness of the prawns, but thought that the bacon, combined with the fatty mayonnaise, was just too overpowering. 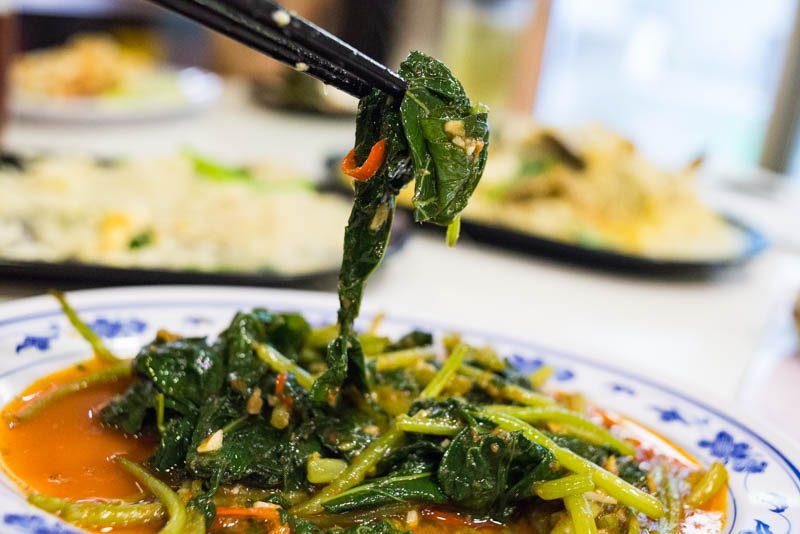 Last but definitely not least, I ordered the Sambal Sweet Potato Leaves ($8/$11/$14) to balance out the rather meat-heavy dishes. The sweet potato leaves were cooked to perfection, such that even the stalks maintained a delightful crunch.

The sambal sauce was fragrant and coated the leaves well, albeit being a little too oily. The portion was also pretty decent – enough to feed three people for $8.

Well, I wouldn’t come all the way to Bishan just for House of Beehoon’s Cheese Beehoon. However, if you live around the area, I would highly recommend you give this place a try. Oh, and the Cheese Beehoon is sort of an off-menu dish, so you’ll have to ask the server directly to order!