Widely known for its hipster hawker centre at Bedok Simpang, the new-age space welcomes another member to its league, House of Happiness. 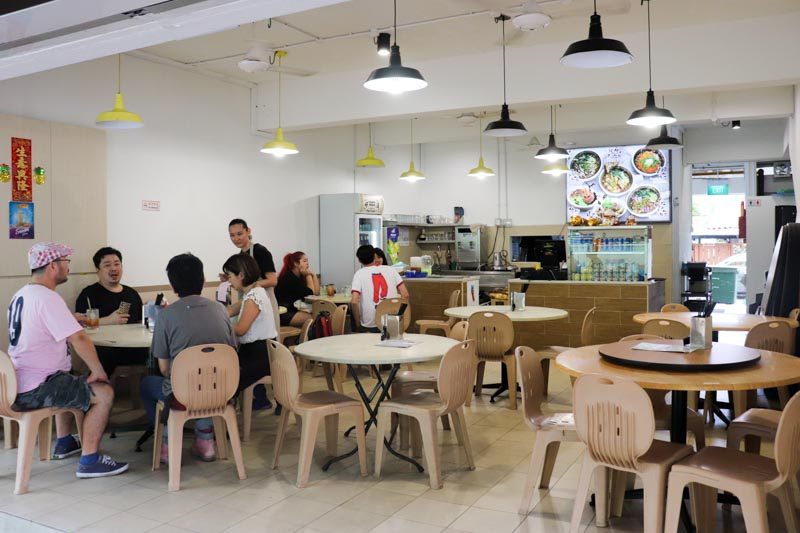 I could see how this restaurant would bustle in the evening as their al fresco set up invited a cool breeze in the spacious clay pot house. However, the unassuming interior seemed rather dull, decked in brown tables and chairs.

Given that they’re still fresh to the scene, we’ll give them the benefit of the doubt and hopefully they furnish the place with a more rustic appeal in the future. We were excited to see Mr Liou incorporate his signature lor bak into the first dish of the session — Lor Bak with Onsen Egg Claypot Rice (S$7). The mouth-watering dish rekindled memories of my childhood with the fragrant herbs and spices and I couldn’t wait to dig in.

In front of us lay a piping hot traditional clay pot, garnished with a thick slab of braised meat and served alongside with an unconventional onsen egg.

The unsuspecting addition of an egg gave a distinct mouth-feel to the dish as its creaminess complemented the firm stance of the grains. 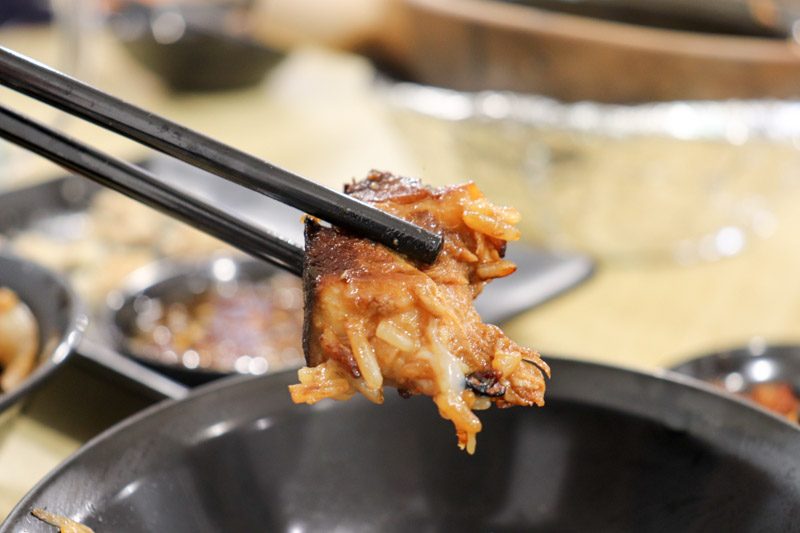 Now, don’t even get me started on the lustful meat. Tender, indulgent and delectable all in one, I think any dish would instantly be perfect if they were all topped with lor bak.

Braised with a secret blend of spices, its aroma was as beguiling as its taste. The earthy glaze that coated its edges visually tempted our appetites and we only wished we didn’t gobble into it so quick! Here’s one with a funky twist. The Onsen Egg with Ikura and Tobiko Claypot Rice (S$11) was visually the brightest dish all thanks to the vibrant roe.

Usually paired with Japanese dons (rice bowls), I couldn’t quite understand his choice of having cold ingredients atop a sizzling clay pot. The juicy roe were fresh and aplenty yet the contrast in heat with the seared rice just didn’t match for me. On its own, the rice stood out like a king while the toppings assumed queen, but together they were not quite ready to lead.

On the bright side, it was clear that Mr Liou had nailed it on the head with his method of par-boiling the rice. We all know a good clay pot dish isn’t complete without those charred bits at the bottom and I was pleasantly surprised that none of them was burnt but rather, broiled to a perfect brown. The 16hr Slow Cooked Teriyaki Pork Jowl (S$7) was rather unique. With thin slices of pork jowl sous vide for 16 hours, it was set to rest in a teriyaki marinade before being pan seared.

The meat was extremely tasty with a burst of sweetness from the glaze coating my palate. Unfortunately, the time and effort behind preparing this did not quite show. It seemed rather ordinary despite the tedious cooking process.

The waiting time for clay pot rice was a deal-breaker for many but Mr Liou has challenged that by speeding up the process without tampering its authenticity. While some may disagree on his par-boiling strategy, I for one am fully convinced that clay pot rice tasted better with this ingenious thinking. And of course, we had to have the signature 12hr Braised Pork Trotter (S$8). It was a relief to know that the owners of House of Happiness brought in flavours from Mr Lor Bak because there is a clear market for it.

The rustic bowl of braised meat with the trotter was a rewarding sight. Its rich aroma had everyone sniffing in curiosity even before it left the kitchen. 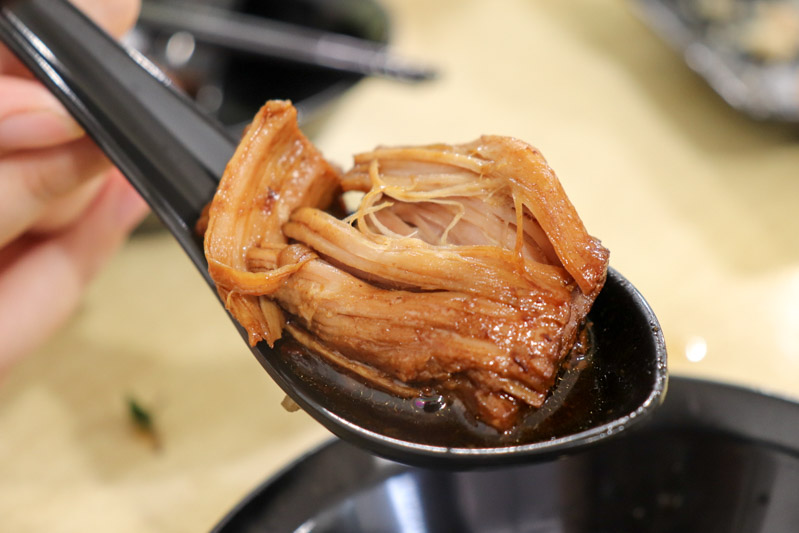 The tender meat effortlessly pulled apart as my chopsticks grazed it, not forgetting how indulgent the mix of secret spices just brought the wholesome dish together. It’s so frustrating how I can’t quite put a finger on the secret spices because I want to cook this at home!

It was packed on with just the right amount of fat and flesh and voila, you have a perfect dish to cure homesickness. Just order a bowl of rice and I can guarantee, it would be enough to satiate.

I’d say House of Happiness has really sealed the deal with the resourceful method of serving up clay pot rice. While the array of unconventional toppings asserted a creative stance, it was not fully impressed. Perhaps introducing one traditional clay pot rice with Chinese sausage and chicken would heighten credibility!

Undoubtedly, House of Happiness has incredible potential to garner a loyal following and I’m excited to see what’s in store for them.

Previous articlePusheen X Kumoya: Adorable Pusheen-Themed Dishes At This Pop-Up Cafe In Bugis From Jan To Mar 2019
Next articleSatisfy All Your Cereal Cravings At Kellogg’s Kafe Opened In Ang Mo Kio Hub