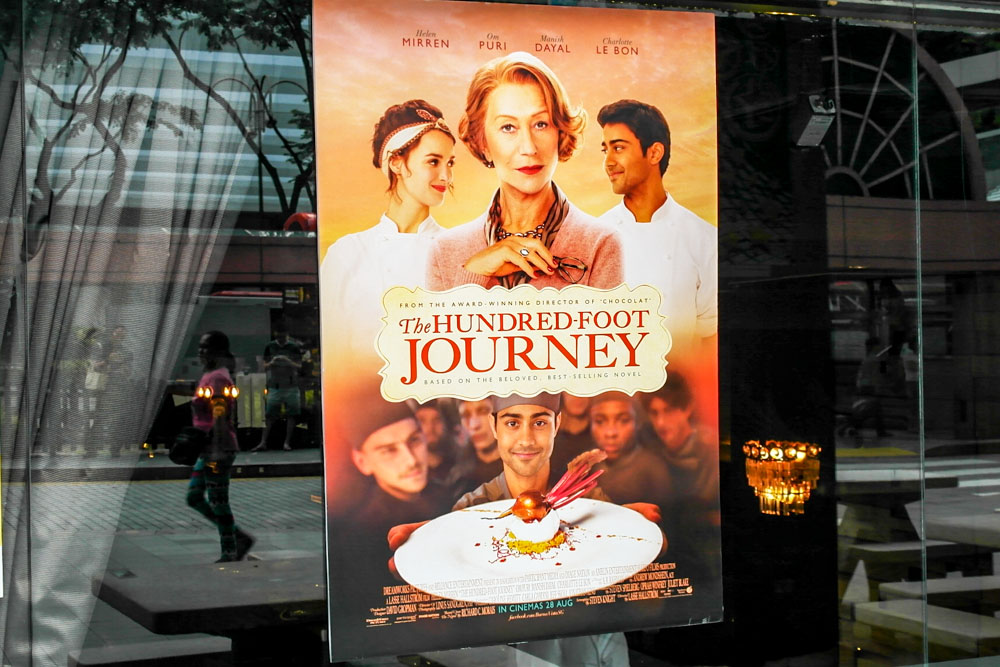 “The Hundred-Foot Journey” abounds with flavors that burst across the tongue. A stimulating triumph over exile, blossoming with passion and heart, with marjoram and madras, it is a portrayal of two worlds colliding and one boy’s drive to find the comfort of home, in every pot, wherever he may be.

In DreamWorks Pictures’ “The Hundred-Foot Journey,” the opening of a new Indian restaurant in the south of France a hundred feet away from a famous 1 Michelin starred eatery nearly causes an all out war between 2 culturally different establishments in the same trade. 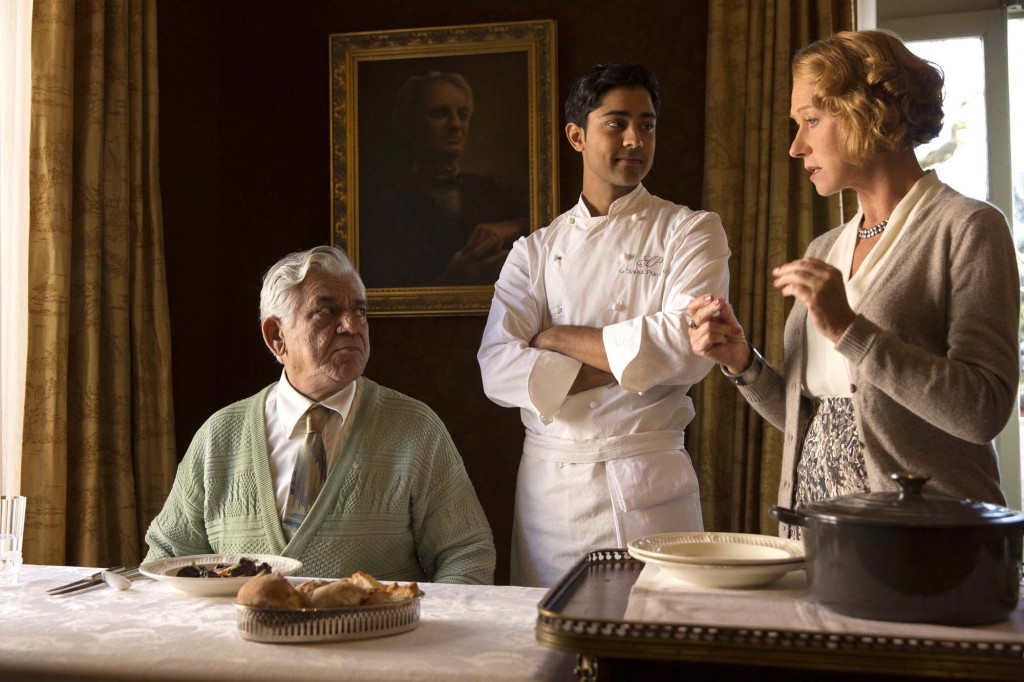 Having watched the early movie preview of “The Hundred-Foot Journey”, the film is astoundingly inspiring for anyone who appreciates the hard work required to not only create tantalizing dishes, but to become a restaurant chef. Food as a basic requirement needs to taste good, but to truly achieve culinary greatness is to evoke hidden emotions that stimulate all senses through your creation. “The Hundred-Foot Journey” also subtly explores existing societal issues that are commonly faced everywhere in the world, all the while bringing you through this journey of hardship and eventual triumph against all odds. Greatness can be achieved by just taking that first step. 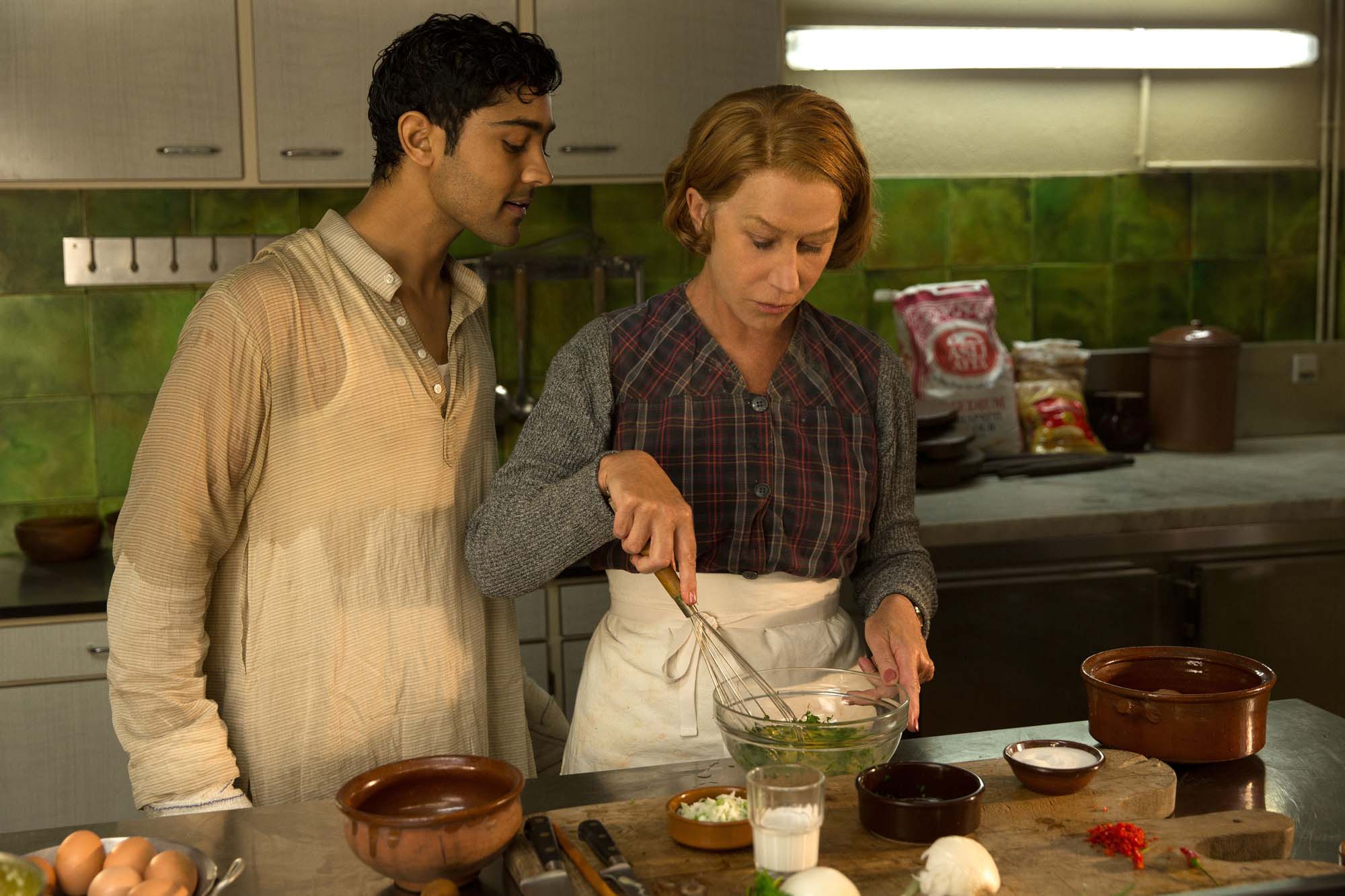 With a brilliant casting including Academy Award winner Helen Mirren, the actors accurately portray their character’s emotional inner turmoil for a stellar performance. A good plot and produced by Steven Spielberg and Oprah Winfrey,  I honestly recommend watching this amazing family-friendly 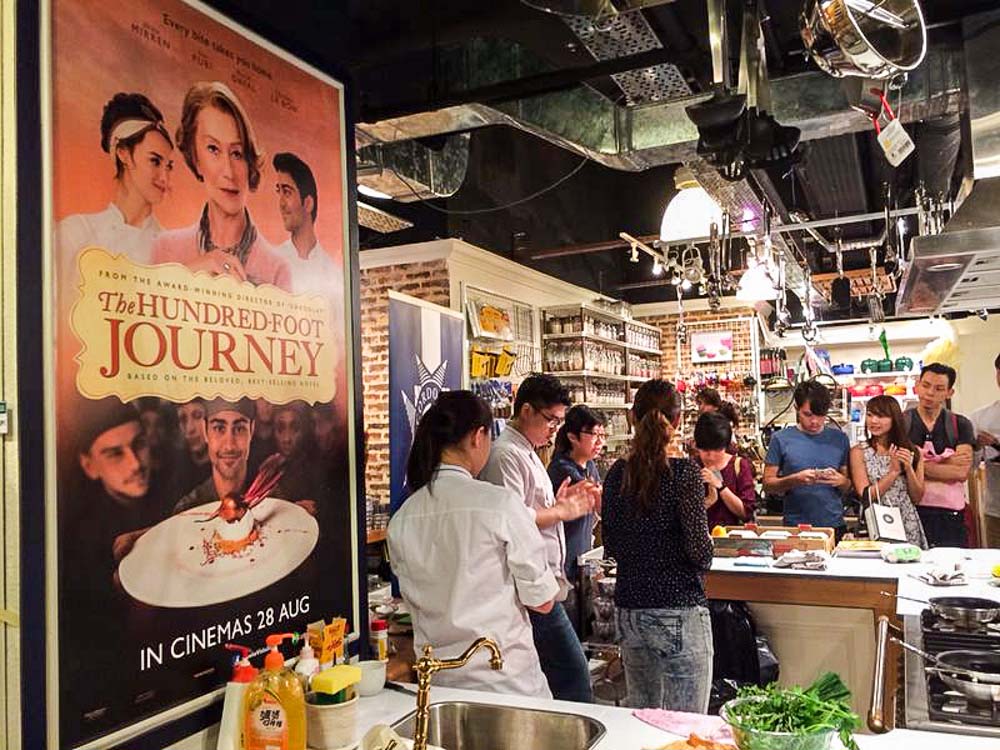 In conjunction with  the release of “The Hundred-Foot Journey” movie, Le Cordon Bleu, the world renown network of culinary and hospitality institutes, did a pop-up diner for the first time at PasarBella on 23 and 24 August. The famous Le Cordon Bleu chefs and alumni did cooking demonstrations inspired by “The Hundred-Foot Journey”, demonstrating the making of omelettes and madeleines for invited guest at PasarBella’s Lemon Zest. When you watch the movie, you’ll understand the significance of omelettes soon enough!

SAVEUR is offering a special 3 course set meal that showcases the unifying French and Indian dishes of their latest movie release, “The Hundred-Foot Journey”.

Food has always had a unifying nature across people, language, cultures and socioeconomic stature, and what better way to showcase this theme with the fusion of 2 distinctly different cuisines: French and Indian. At the popular SAVEUR restaurant, you get to savour this specifically designed 3-course set meal created exclusively for the launch of “The Hundred-Foot Journey”, a heartwarming story of self-discovery and unity towards a culinary dream.

Combining the refinement of French cooking and strong, powerful Indian spices, the chefs at SAVEUR have come up with these 3 dishes for you to immerse yourself in the world depicted in “The Hundred-Foot Journey”. 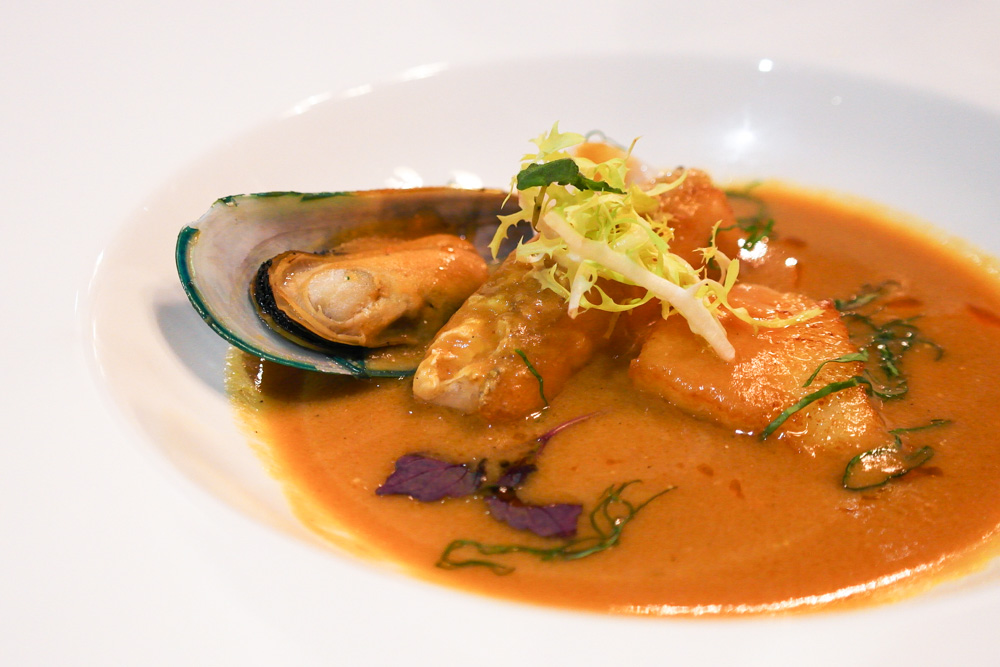 Seafood Bouillabaisse. Made with sea bass, cod, mussel and clam served in a  soup made from lobster and fish. Originating from the South of France where the movie also takes place, this heavy seafood flavoured broth starts off the journey with a punch.

The intensity of the lobster-shell reduced soup might be over the top for some, but sit perfectly well with me for its rustic nature. 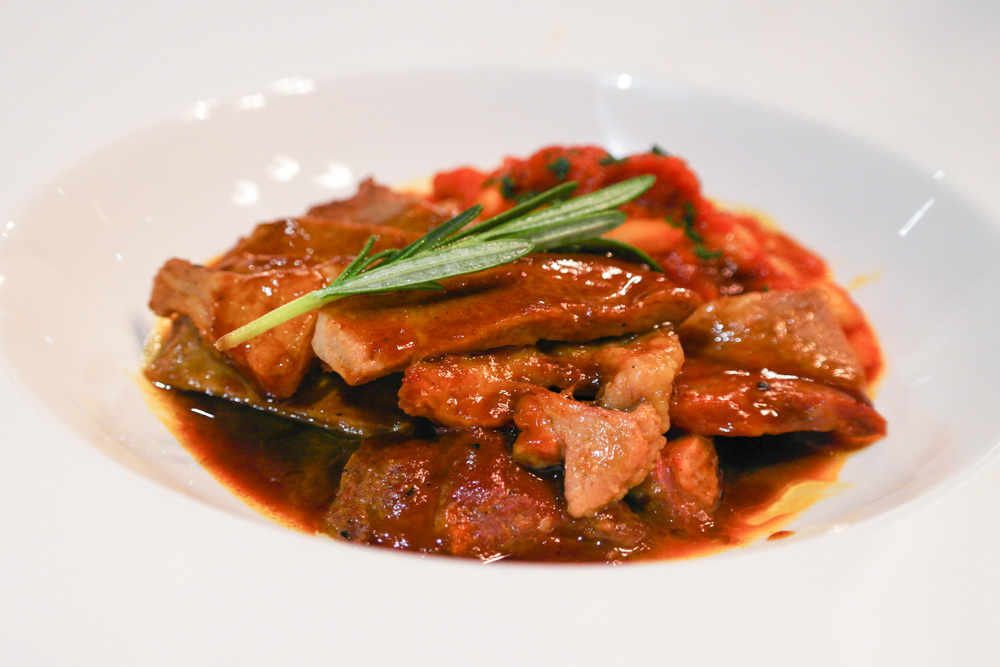 The coco bean cassoulet also adds a bit of bite and texture contrast, so don’t expect soft baked beans. I would have loved for the curry spices to be turned up a notch though to fully express the prominence of Indian cuisine. 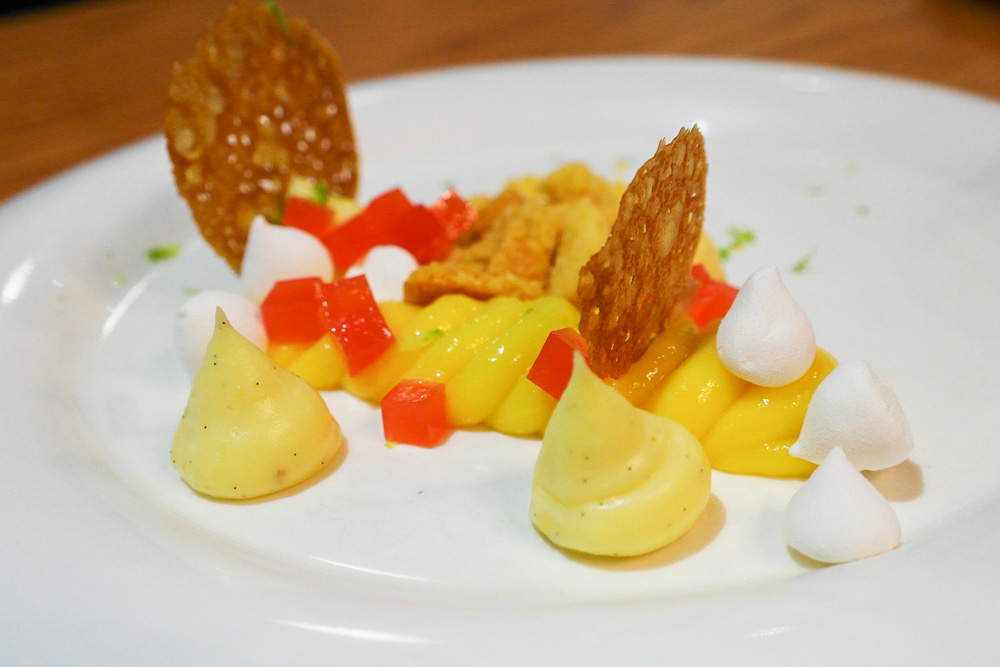 After all the heavy flavours and spices from prior dishes, this sour lemon tart serves to reset the palate. It’s best to combine and eat all the elements of this dessert together, especially the vanilla mousseline, to achieve a sweet and sour balance. The citrus laced tuile (dough wafer) adds crispiness to an otherwise creamy and smooth lemon curd. At just $36.90++, SAVEUR once again brings to the masses affordable refined cuisine with their usual delectable flair. The promotion is available at both their Purvis street and Far East Plaza outlets, and ends 14 September 2014. When you order “The Hundred-Foot Journey” set, you also stand a chance to win tickets to the movie preview!