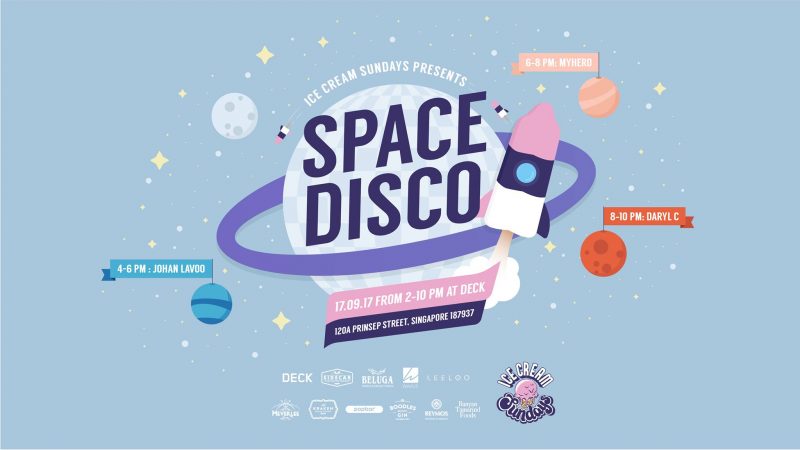 Ready for some weekend fun that’s out of this world? Ice Cream Sundays (ICS) has you covered with its upcoming Space Disco-themed party, that will have you putting on those space pants and groovin’ to some cosmic tunes.

Come 17 September 2017, Ice Cream Sundays and Waave will once again collaborate to bring us amazing affordable booze and bites. Expect technicolour disco beats from the likes of DJs MyHero and Daryl C to keep you spinning ’round the dance floor faster than the speed of light.

Then, take a break with mouthwatering munchies from food vendors such as Sidecar Sausages and Banyan Tamarind, or knock back a couple of drinks to keep those stars in your eyes. Psst, don’t forget to grab a gelato popsicle from Popbar, because what’s a Sunday without ice cream?

Previous articleThe Corner Chef: Feast On A King’s Platter Full Of Seafood (& A Steak) For Only S$55++ At Compass One
Next article9 Spots At Taman Sutera For Great Food & Desserts Worth Travelling Across The Causeway For