The Korean wave is still steadily taking over the world, and this time, a food chain has landed in a place not too far from home. The famous Isaac Toast has opened at the massive new Paradigm Mall Johor Bahru, and when I visited the mall on its opening day, the stall was already full of people and the queue was stretching to the escalators. It was clear that Isaac Toast isn’t some unknown brand.

The toast chain is from South Korea, and people in Seoul love having it for breakfast. With over 700 stalls in South Korea, Isaac Toast’s popularity cannot be denied. But why do the Koreans like it so much? Does it really taste that good? I was excited and couldn’t wait to try it for myself. 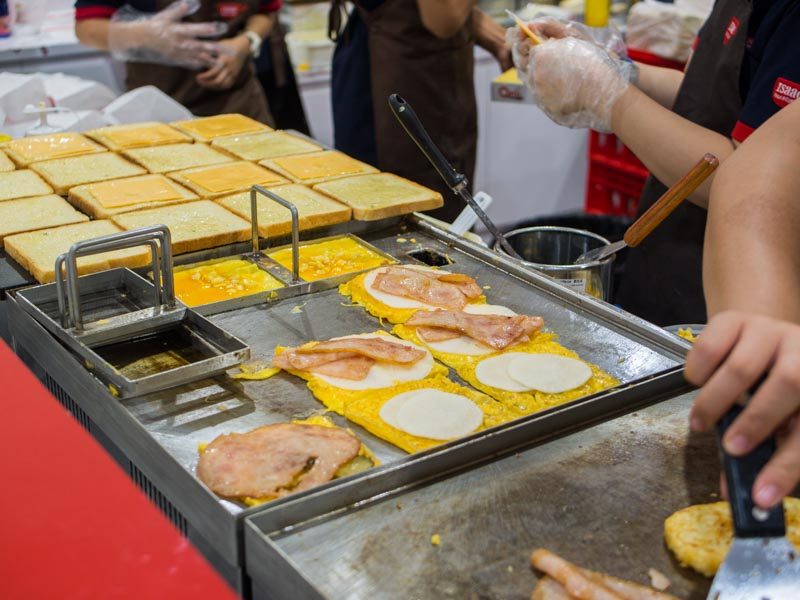 The bread was soft and actually a little too soft for my taste. I felt that it could have been toasted a little more. 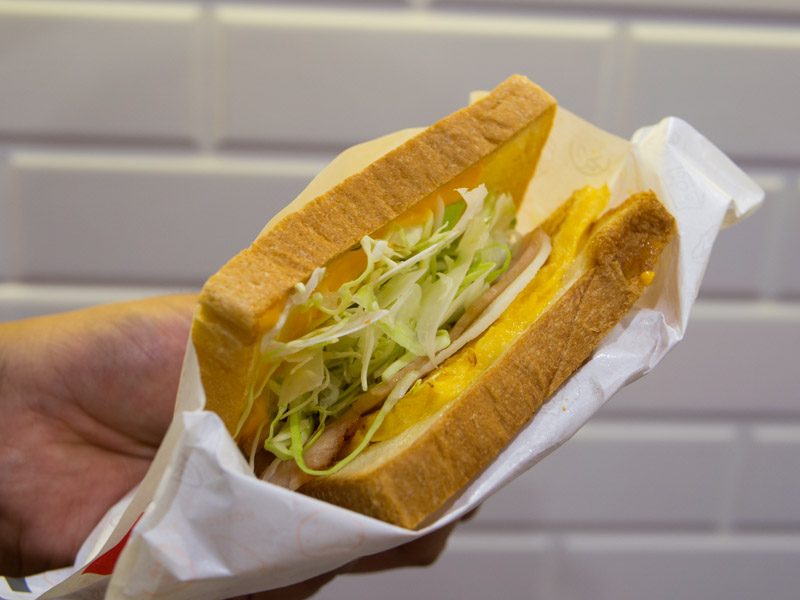 The Chicken Bacon Cheese Special was a complex sandwich. It had cheese, bacon, lettuce, radish, and an omelette all squeezed in between two square pieces of bread. This is too much of an effort if I were to make a sandwich at home, but hey, Isaac Toast makes it for you and it’s made a lot better.

The sandwich had a slightly sweet taste, and there was a slight overload of vegetables. Yes, the veggies were refreshing but too much of it kind of overwhelmed the savoury flavour of the bacon. The omelette was well-cooked, with some salt sprinkled on it.

I wished I could’ve tasted more of the bacon, but overall, it was still a pretty damn good sandwich. I now understand why people would want to queue up for this. 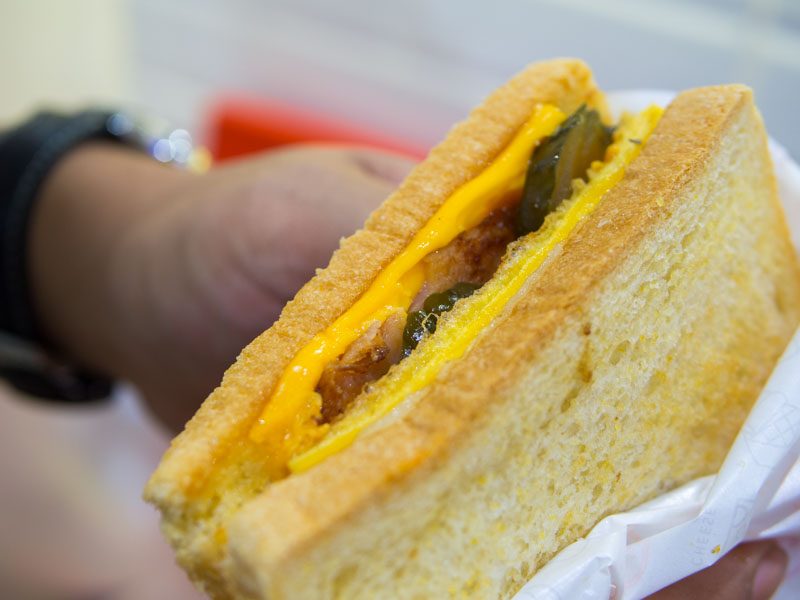 The Pizza Toast that I had was even better. It had a tangy taste, possibly from the tomato sauce that was drizzled in it, and it came with everything you would think of as a topping on a pizza, and more.

There was corn in the omelette for this toast, something that was absent in the omelette of the Chicken Bacon Cheese Special. It served as a a pretty unique ingredient if you ask me, and certainly made the egg sweeter. 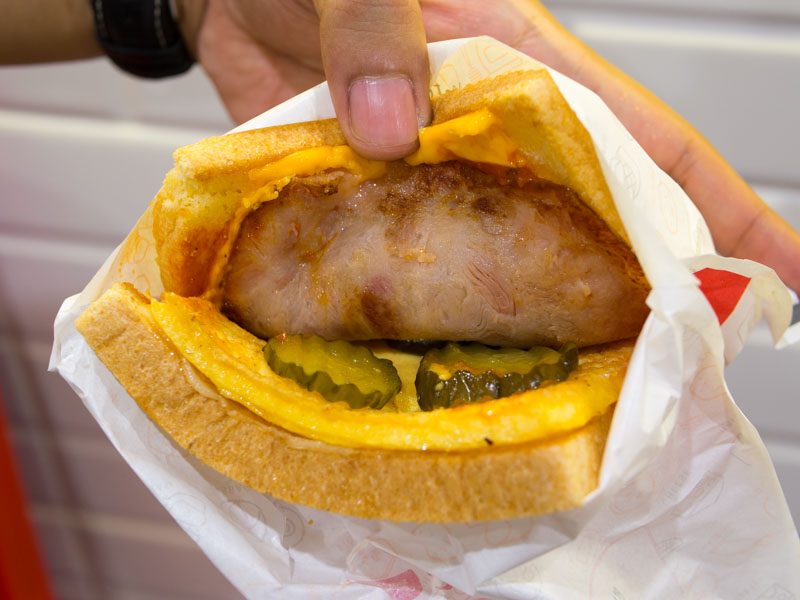 The toast also came with pickles, cheese, and a slice of ham on top of the omelette. The ham was nicely grilled, but it was slightly thinner than what I expected. I think we would all appreciate a thicker slice of ham.

But because this is basically a mini pizza, I liked it a lot. Maybe it was because of the lack of veggies… 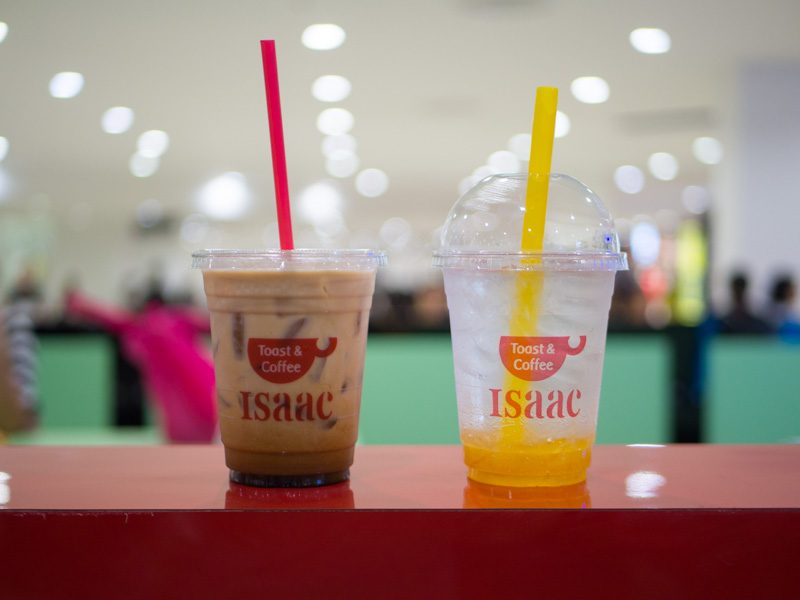 The Vanilla Latte and Yuja Ade were pretty ordinary to be honest. Not that they tasted bad or anything, but there wasn’t anything special to them.

The Vanilla Latte was slightly bitter, which is great for an iced coffee. It wouldn’t be nice if it was too sweet. 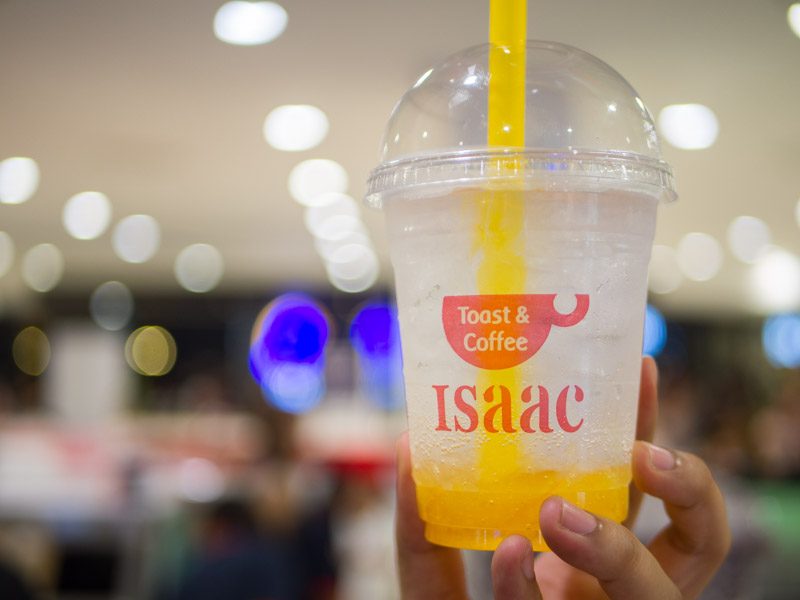 The Yuja Ade was just a yuja-infused fruit soda. Yuja is what the Koreans call yuzu. It was very sweet and fruity; definitely a refreshing beverage that’s perfect for the warm weather that’s pretty much the same across the border. 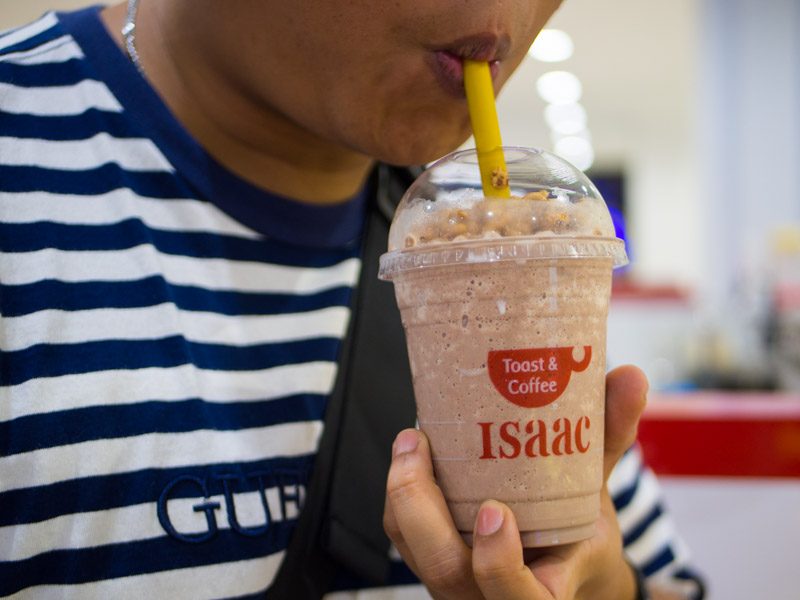 I love a good chocolate shake, and the Chocolate Shake with Jyoripong was such a treat for my sweet tooth. The sweetness level was just right, and the consistency of it made it taste like chocolate milk. You have the option to add Jyoripong (RM2, approx. S$0.70) to the drink to make it even tastier. Jyoripong is a kind of Korean snack that tastes similar to the breakfast cereal we have here.

As such, the whole drink was like a bowl of cereal with chocolate milk. Yum! 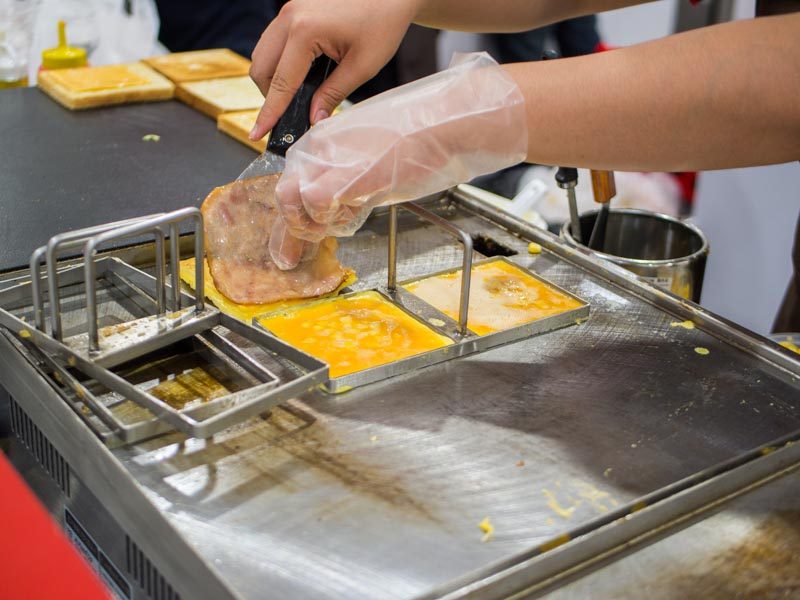 After tasting the sandwiches at Isaac Toast, I understand why the Koreans love it so much now. It is the art of making something simple like a sandwich, into a delicious and filling meal.

Isaac Toast has also opened a store in Singapore but if you happen to cross the border into JB and you crave for some toasty goodness, then be sure to give it a try!

Previous articleFree Beer For Everyone! Starker Is Giving Out 600 Half-Pints Of Beer Every Friday Till 2 Feb
Next articleYolé: An Ex Llaollao Staff Investigates What Happened & Reviews This New Froyo Chain