We all know organs are a very divisive food component—you either love it or hate it. It’s something that is so crazy widespread in all forms of food all over the world but is especially prevalent in local contexts where it features in many hawker favourites such as kway chap and bak chor mee. And it’s not hard to see why since badly-cooked organs are simply PTSD inducing. But if you’re looking for a compelling argument that will convert you to the side of organ lovers, there is one hawker stall you absolutely need to give a chance to—Jin Xi Lai (Mui Siong) Minced Meat Noodle at Veerasamy Road. I argue that it’s worth the pilgrimage here since this humble coffeeshop is also home to some of the most exalted hawker stalls you can find in Singapore, including the ultra-classic Victor Famous Fried Chicken Wing Rice (aka Carona Chicken for the OGs) and Johore Road Boon Kee Pork Porridge.

Suffice to say, the coffeeshop is often packed with hawker lovers queueing for a taste of these hawker gems. So if you’re the kind to pack an itinerary when you’re going on a food hunt, this is easily one of the best places you can plan around. Especially since Jin Xi Lai Minced Meat Noodle, like the other two, require long wait times of up to an hour. And since Mui Siong has a buzzer system, you can grab some fried chicken wings while waiting with bated breath for your order of liver-laden broth and comforting bak chor mee to hit the table.

After hearing that it was going to be a 45-minute wait before my noodles and soup were ready to be served, I just ordered everything on the menu to make the prolonged wait worth it. It was an excruciating 45 minutes as we saw bowl after bowl of noodles go out and when our buzzer lit up after what seemed like an eternity, we felt our heart beat faster.

Perhaps the most striking item from the array of dishes we got from Mui Siong was the bowl of Pig Liver Soup (S$5), filled to the absolute brim with slice after slice of thick, pinkish pig liver. As someone who absolutely adores pig liver, it was truly a marvellous sight. Just rummaging through the thick cloudy broth was already leaving me dizzy as I made a mental note of how many slices we fished out and we soon lost count. Too much? No, it’s never too much.

Taking my first bite into their liver was an eye-opening sensation—this was, without a doubt in mind, the absolutely best pig liver that has graced my tongue. While I love liver, I am also a stickler for proper cooking and up till this point, I’ve pretty much always headed to places like Michelin-starred Hill Street Tai Hwa or Old World Bak Kut Teh for my fix.

Mui Siong obliterated all standards set by those places. There was no powdery texture, just a heavenly tender bite that was underscored by a gentle bounce, ending with the entire liver slightly melting in the mouth almost like you would expect from foie gras. Almost, but not quite. Still, this shook me to the core—could liver really taste like this? That said, there were inconsistencies in the cooking and honestly, that’s to be expected with such an insanely glorious overload of liver. The majority of it was cooked through to perfection but there were two or three slices that had some of that detestable iron-tinged sensation. Thankfully, it’s not enough to spoil the experience.

However, what might dampen the occasion for some people is actually their noodles. While Mui Siong is known for their liver soup, they are fundamentally still one of Singapore’s most popular bak chor mee stalls. I confess that while the liver soup was unforgettable, the noodles were, conversely, rather unmemorable. These noodles weren’t bad by any means. No, Mui Siong does up a rather solid, comforting bowl of noodles with a touch of clumpiness here and there but it’s enjoyable—though that’s the extent of it. Our Dry Mee Pok (S$5) gave us a nice crunchy bite and was doused in a fragrant chilli concoction but it’s really not much better than the bowls of mee pok you can find at most hawker centres. There is a saving grace though; each bowl of dry noodles comes with a bowl of soup, just without the over-the-top portions of liver. Similarly, the Soup Mee Kia (S$5) was rather pedestrian and the soup also lacked some of the cloudiness and depth of flavour that the liver soup flaunted. Getting the dry noodles was easily the better decision, in my opinion.

Jin Xi Lai (Mui Siong) Minced Meat Noodle at Veerasamy Road is simply one-of-a-kind. Sure, their noodles leave some room for improvement but their pig liver? You genuinely won’t find anything cooked as perfectly and as uniquely as they do it here.

If anything, head down to see for yourself if you truly can’t stand organs. I dare proclaim that even some organ haters would fall in love with the foie gras-like liver in this unique hawker gem.

Buttrmilk, Paya Lebar: “The secret seasoning makes this one of the best fried chickens I’ve had” 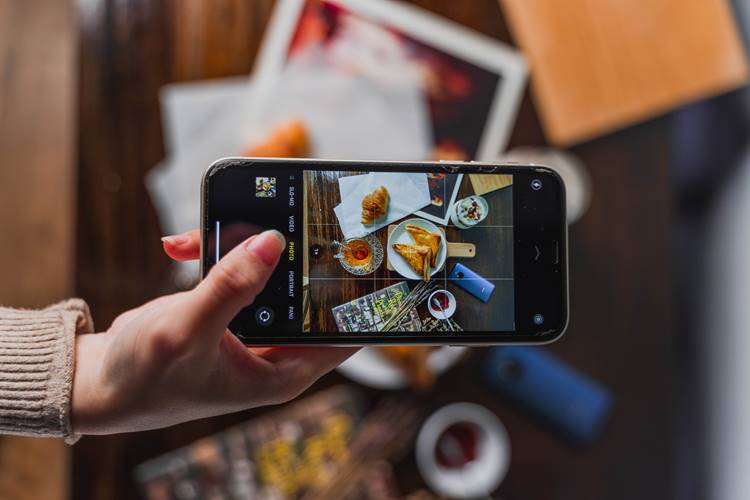 Life During COVID-19: Tips for Insta-worthy Food Photos at Home in...