Located right next to the Marina Bay Sands foodcourt, Kuro-Obi is a takeaway style ramen that you can enjoy at affordable prices. Kuro-Obi serves a chicken based ramen and is lauched by the ever popular Ippudo. Customers can get a bowl and head to the foodcourt or simply savour it by the waterfront. 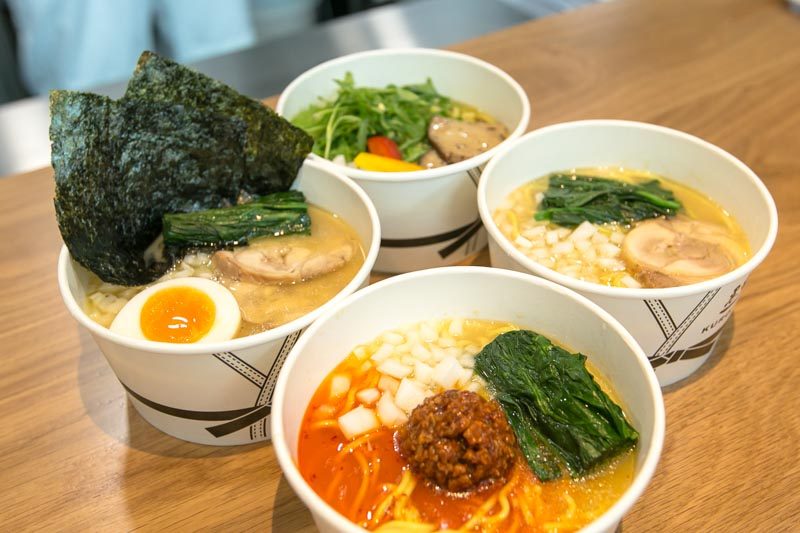 Kuro-Obi, which means black belt in Japanese is modelled after the Japanese martial art, Judo. As such, all their ramen dishes have unique names like Kuro-Obi, Aka-Obi, Cha-Obi and Shiro-Obi, each with a unique flavour profile.

The ramen takeaway shop also allows customers to select the doneness of their noodle, strength of flavour, the amount of oil, and the amount of onion and garlic toppings. We really appreciated the attention to detail and how they suit the ramen dishes to each individual’s palate. The Kuro-Obi ($12) which bears the name of the restaurant is undoubtedly their signature. With three slices of chicken chashu, seaweed, onions and egg.

The tori paitan (rich chicken) broth was unique and tasted like a well brewed chicken soup. Even with the use of chicken instead of the traditional pork, the flavour and mouthfeel of the broth were not compromised. When the seaweed was mixed it, in added a greater depth of flavour which was nice to have halfway through the dish.

We were told the ramen noodles were made of tapioca flour, which made it more springy and chewy. We selected the Normal option for the doneness of the noodle and felt that it was just nice with a subtle al dente bite. The noodles also held the broth well, making each mouthful flavoursome.

The chicken thigh chashu was surprisingly flavoursome and hearty, similar to its pork version. White onion was added instead of the traditional negi (green onion) which cut through the richness but complemented the flavour of the broth. The egg was well marinated but tasted pretty ordinary. 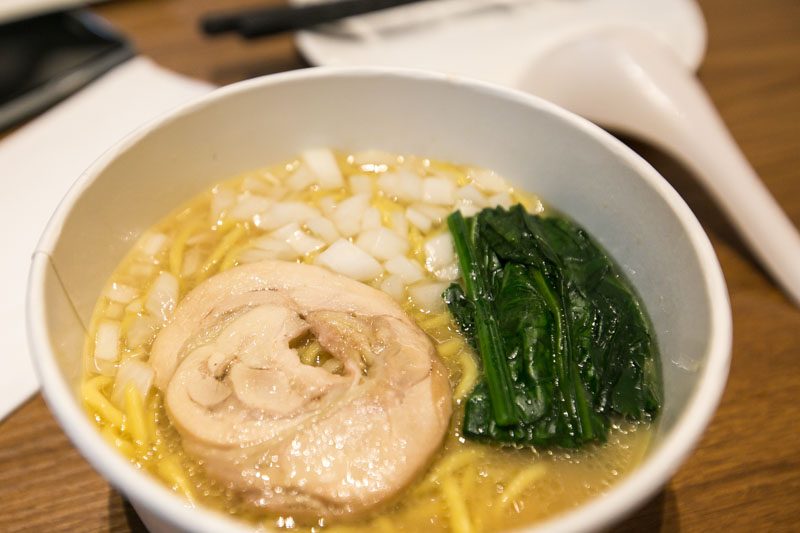 Next, the Shiro-Obi ($8), a more toned down version of the Kuro-Obi was served. The biggest difference? The toppings, comprising of lesser chicken chashu, and the exclusion egg, and seaweed, the Shiro-Obi is definitely for people wanting to get something light.

Apart from the toppings, the broth was slightly lighter than the Kuro-Obi, but was still equally as flavoursome. 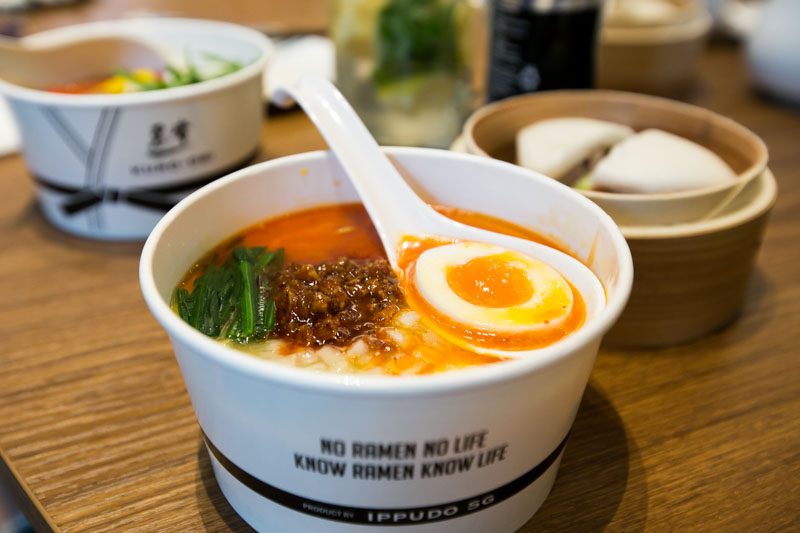 The Aka-Obi ($10) is a spicy shrimp ramen, still using tori-paitan as a base. The dish was different from the others with the spicy kick provided by the chilli oil. The spiciness of the topping and savouriness of the broth complemented one another and resulted in a fairly cohesive dish.

The spicy topping of ground meat and shrimp had a good flavour and was fairly tender. We felt that the dish oddly reminded us of Otah with its spicy and salty undertones.

Lastly, the Cha-Obi ($9), a ramen with vegetable toppings including oyster mushroom, bell peppers and arugula. The broth was a chicken broth but a clear, light one unlike the other ramen served. The dish was light and refreshing, and the broth had a nice, subtle chicken flavour.

The mushroom was cooked well and remained sweet and juicy. On the other hand, the arugula added a peppery flavour while the bell peppers were crunchy and sweet. Out of the dishes, this one had the most balance and a nice textural contrast. If you’re looking for a snack or light lunch, consider this or the Shiro-Obi. 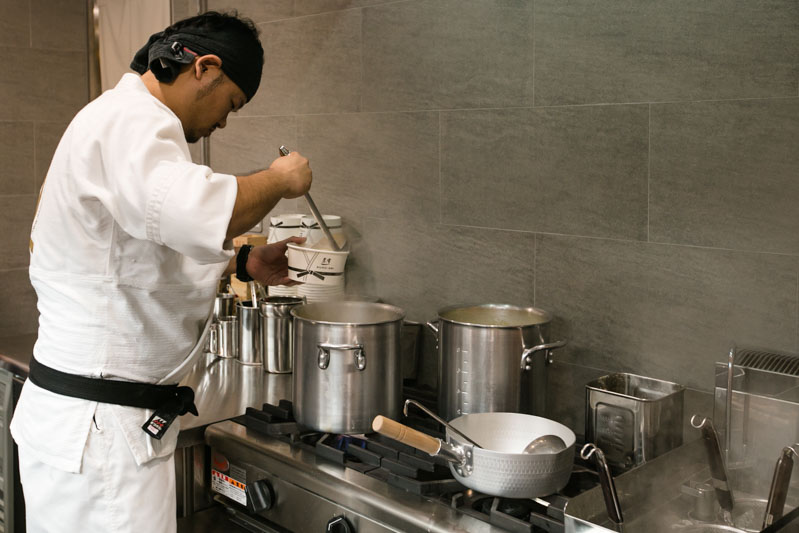 Overall, the experience was an enjoyable one with care and consideration put into each individual bowl of ramen. Everything can be customised and extra toppings can be added to create your own personal ramen! The chicken broth was truly a surprise, as we never imagined that it would rival our typical tonkotsu broth, which we enjoyed thoroughly.

As the people at Kuro-Obi say, “No ramen, no life. Know ramen, know life”. Hurry down to get and experience what life has to offer with a bowl of piping hot ramen!