15 Stamford by Alvin Leung: Bak Kut Teh Pork Chop & Other Asian Twists By The ‘Demon chef’ At City Hall

Headed by the well-known ‘Demon Chef’ Alvin Leung, 15 Stamford by Alvin Leung at The Capital Kempinski Hotel, is one of his newest concepts. Having tried the innovative dishes at Forbidden Duck previously, we were excited for what’s in store. 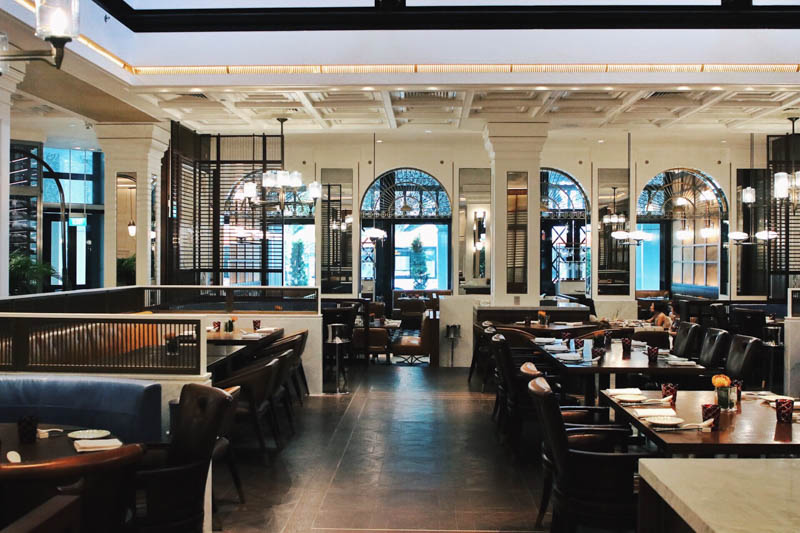 The restaurant draws inspiration from cuisines across Asia with a unique twist, while featuring fresh and high-quality ingredients.

The interior is opulent with tables set up for cosy family get-togethers. The open kitchen invites diners a peek at the chefs at work, which worked up an appetite in us. 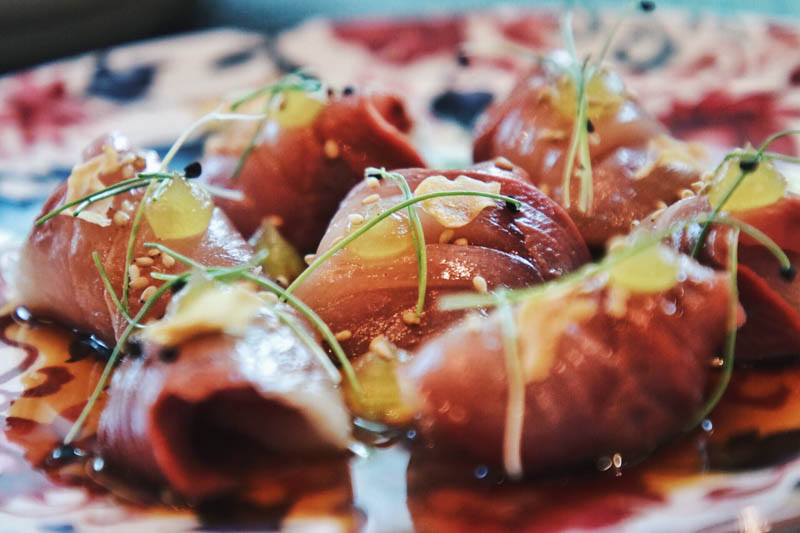 Starting with the Hamachi With Calamansi Ponzu And Roasted Sesame (S$28++), it is an appetiser that draws it influences from Chinese Yu Sheng.

You’ll find touches of molecular gastronomy shining throughout the dishes at 15 Stamford by Alvin Leung, such as the calamansi gel topping off each slice of fish in this dish.

The hamachi is adequately seasoned in the ponzu sauce, each bite was refreshing, tangy and sweet; successfully grasping the essence of what Yu Sheng taste like. 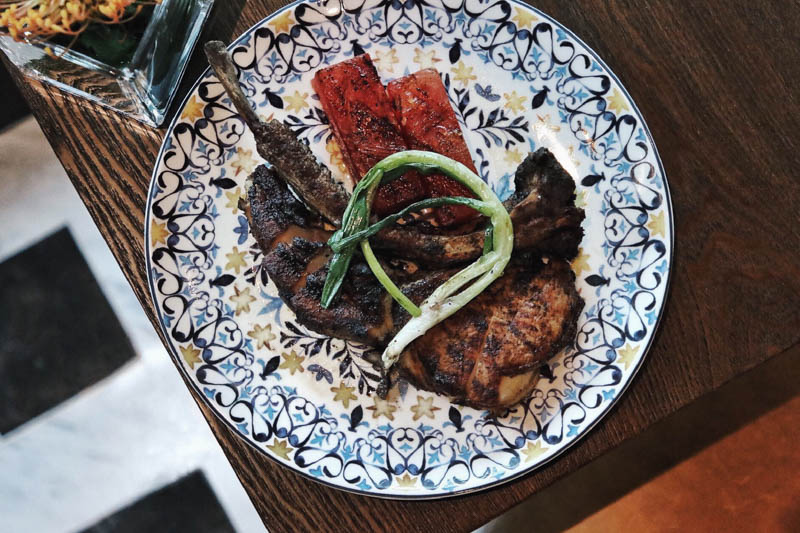 The next dish is a take on the Malaysian-style bak kut teh. The Chargrilled “Bak Kut Teh” Pork Chop With Compressed Watermelon, Angelica, Barbecue Sauce (S$38++) is a playful interpretation of the classic dish. 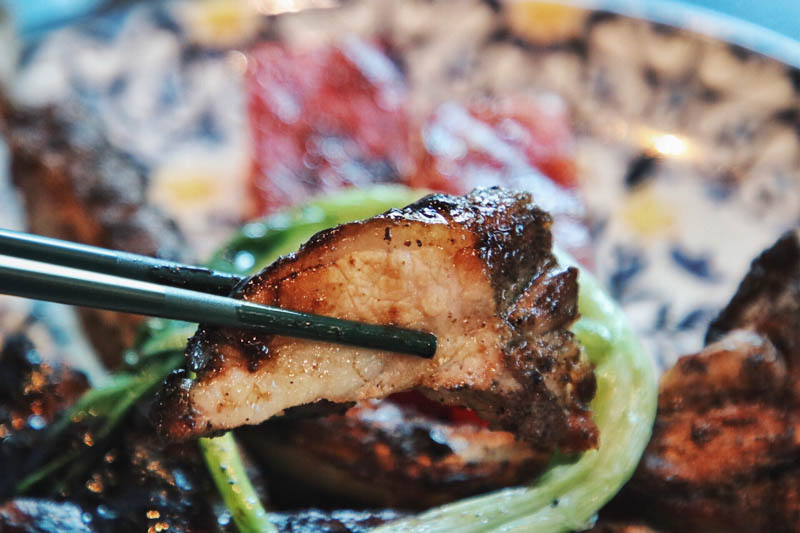 The pork chop is marinated with over eight herbal Bak Kut Teh spices for 12 hours, then cooked over a charcoal grill, while the watermelon is infused with angelica syrup and vacuum compressed to bring out its sweetness. 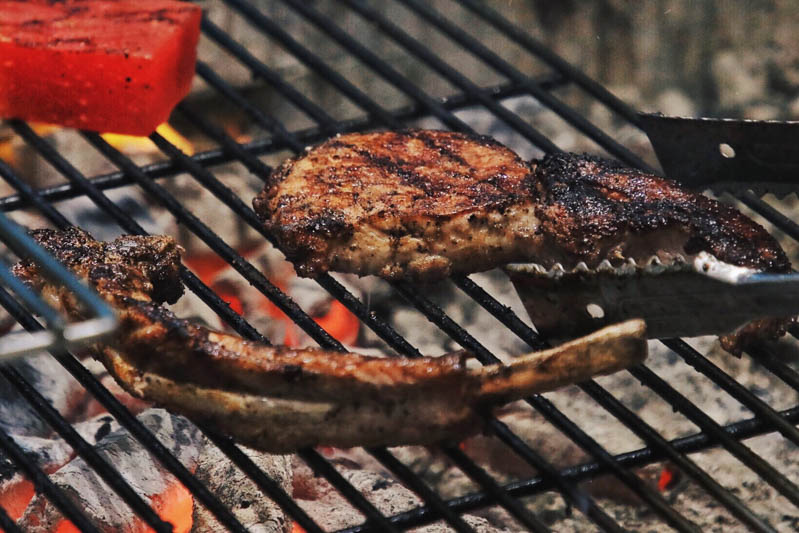 The pork chop has a charred outer crust that boasts a caramelised sweetness. The pork was tender and has a good fat to meat ratio, and before we knew it, we were already on our third piece of meat. The watermelon, which was infused with angelica syrup has a strong herbal taste that replicates the herbal bak kut teh broth.

To enjoy the dish fully, chef recommended having a slice of pork chop and a bit of the watermelon together for a burst of flavour and juiciness. Next up is the dish that got everyone talking about: the Laksa, Housemade Dried Shrimp Floss, Chargrilled Tiger Prawns And Smoked Onsen Quail Eggs (S$32++).

The laksa broth has a strong coconutty fragrance, as well as an underlying sweetness from the prawns. 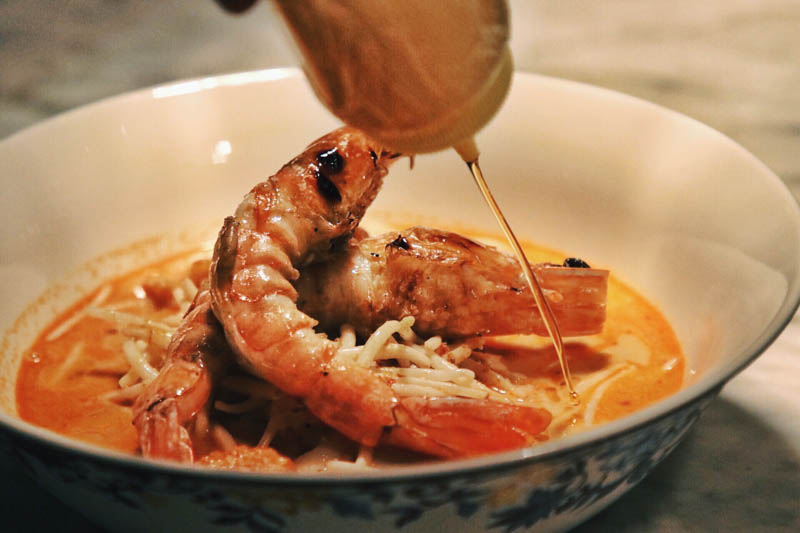 Instead of using the usual prawn paste to make the broth, 15 Stamford by Alvin Leung boils fresh prawns for around five hours, along with a secret recipe paste to create a full-bodied laksa.

The bowl of noodles is then drizzled with prawn oil, topped off with house-made prawn floss. You’ll want to dig in as soon as it arrives at the table to get the crunch from the prawn floss. 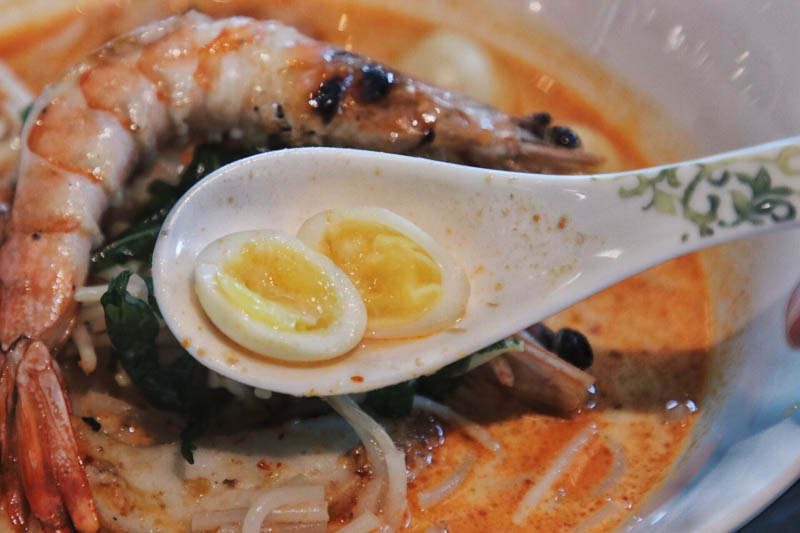 The onsen quail eggs were smoked with Jasmine tea and provided a subtle aromatic floral fragrance that was a welcome break in between bites of the rich laksa. 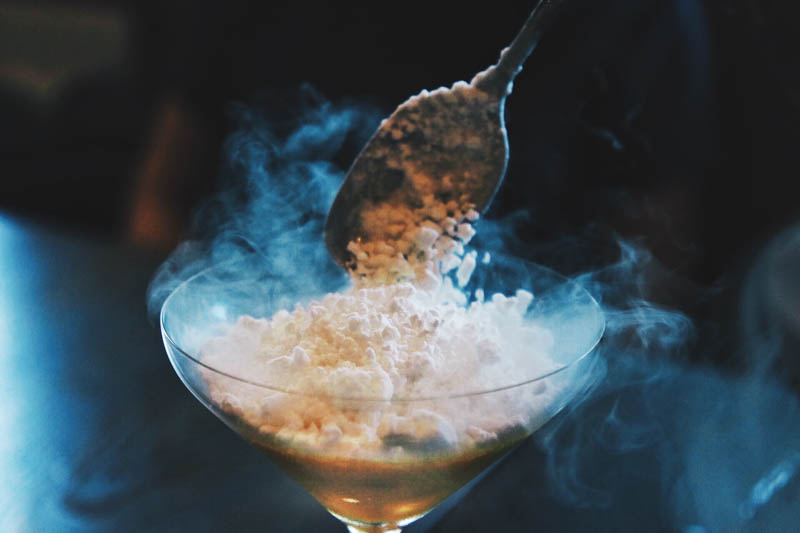 To round off the meal, we were served the Mango Sago With Coconut Snow (S$16++) with the presentation taking inspiration from a local dessert, Ice Kachang.

The coconut snow was made with liquid nitrogen and gave the dish a theatrical effect. You’ll be happy to know not only is it pleasing to the eyes but the taste buds too. The dessert consists layers of textures within a cocktail glass, from the soft coconut snow, to the chewy sago, and surprise from the mango spheres that pop in the mouth, ending the meal on a high note with its refreshing tanginess.

The dishes at 15 Stamford By Alvin Leung is quirky yet an ingenious play on local delights and familiar Asian cuisines that promises a meal unlike any other and I’ll be back to savour the other dishes on the menu.

*This post is brought to you in partnership with 15 Stamford by Alvin Leung.