Every time I visit Hong Kong, I come back with refreshed memories of the incredible roast meats I’ve had there. Not only that, the warm and comforting bowls of noodles one can get in Hong Kong are also unforgettable. So imagine my delight when I discovered a hawker stall here in Singapore that combines the two! 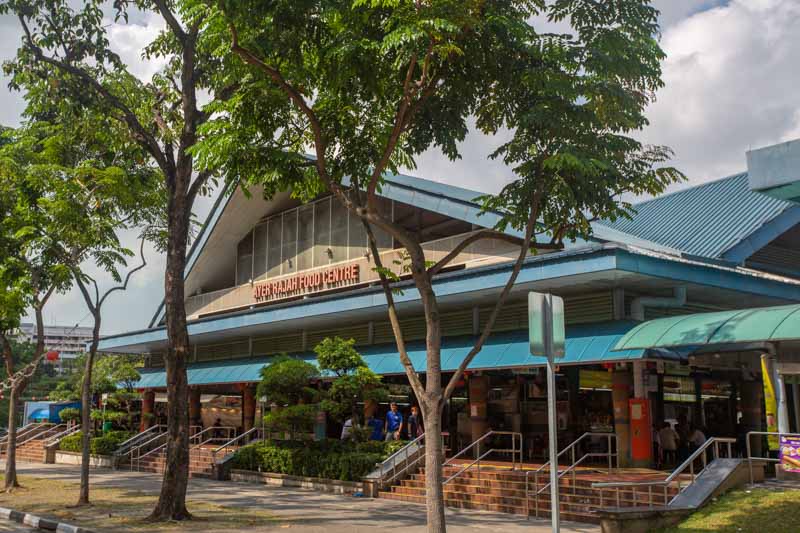 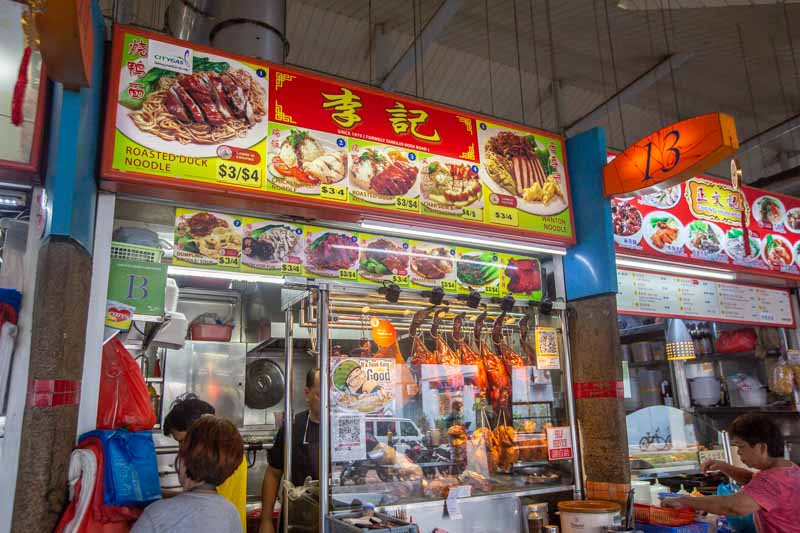 Despite being relatively unheard of, the hawker stall handles a remarkably long line of customers during peak hours. The stall has been serving noodles with roast meats for 40 years since 1979. No wonder its customers are mostly longtime patrons. 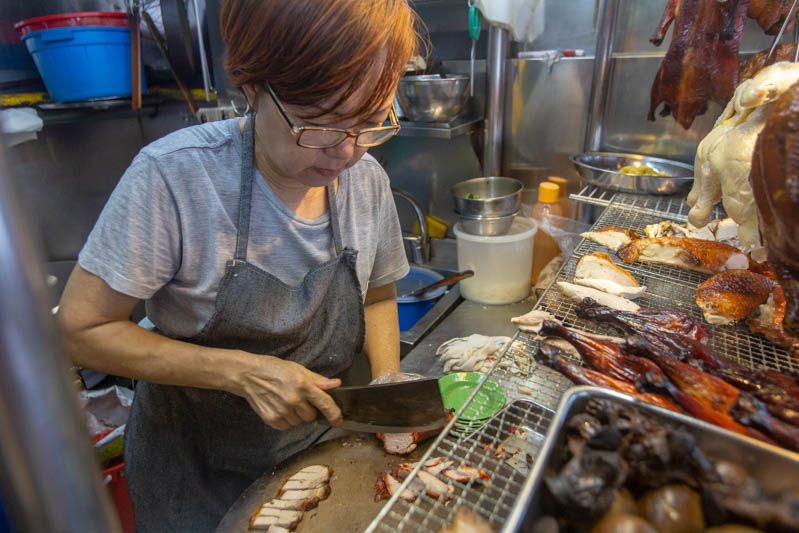 The current owner took over the stall from her husband after he passed away in 2011. It was his parents who originally ran the roast meat noodle stall in Tanglin.

Lee Kee has a larger menu than most hawker stalls. I noticed on their stall banner that there were especially large images of two particular dishes. As such, I assumed they were the signature dishes and got them both to try. 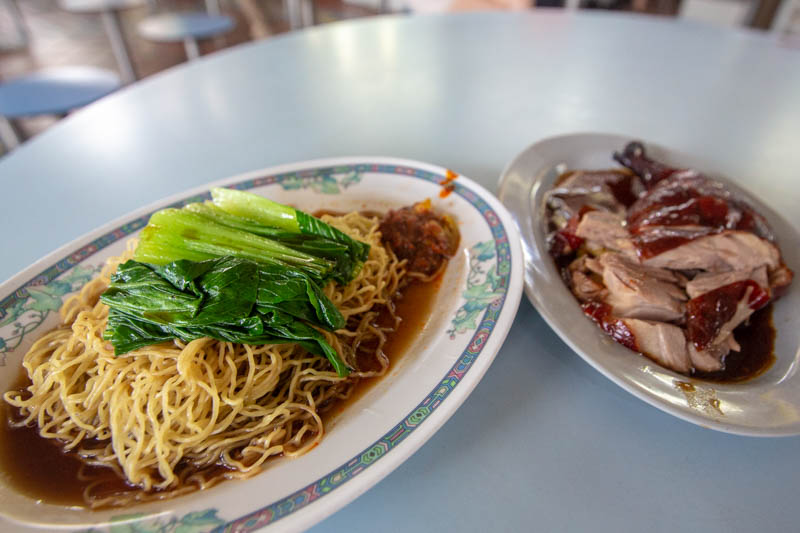 Seeing that the cook was continuously dishing out plates of Roasted Duck Noodle (S$3 for small, S$4 for large), I felt confident that I made the right choice. 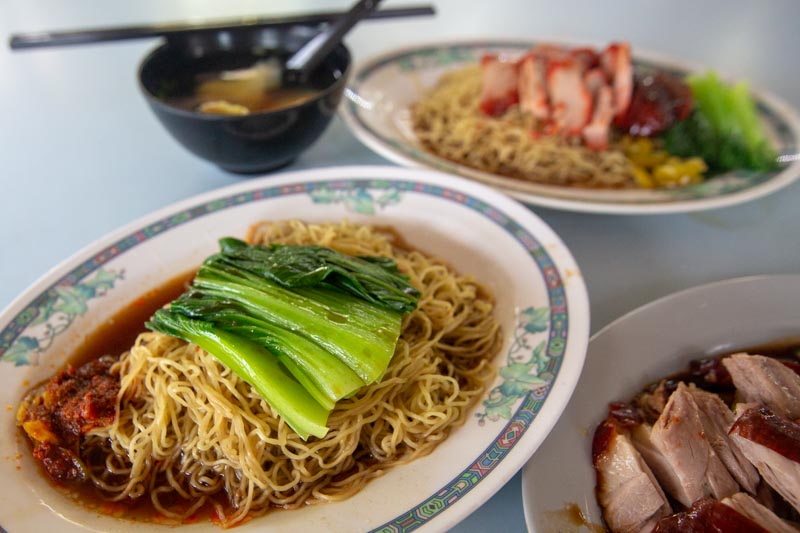 The roast duck and noodles came separately in two different plates. Right off the bat, the paleness of the noodles threw me off a little. Their unusual curliness also reminded me of instant noodles, which I was hoping they weren’t.

Nevertheless, the long queues kept me optimistic that these noodles were worth the wait. I clarified with the owner and she told me that they were egg noodles. Being relatively thick, I didn’t think that they would soak up the sauce they were drenched in. But to my relief, they did and pleasantly surprised me.

Springy and tender, these egg noodles had the perfect cook on them. Their texture reminded me of kolo mee but tasted unlike any other type of roast meat noodles. They’re definitely better than the ones found in traditional roast meat noodles, I’ll tell you that. Every bite of noodles I took oozed with the incredibly flavourful sauce that they had absorbed. There was a perfect balance of sweetness and savouriness in the sauce, which was really unique.

Curious about how they make the sauce so aromatic, I spoke with the owner to find out. 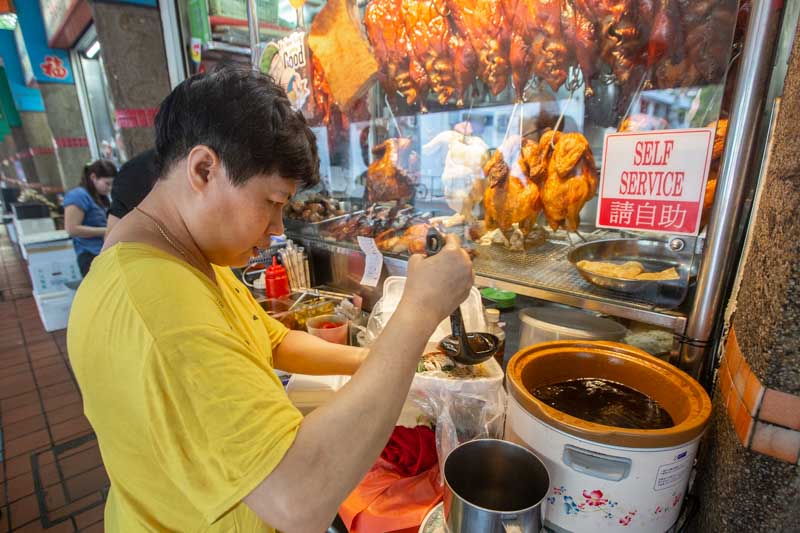 She chuckled and told me that there’s a secret recipe behind it. Honestly, I expected this response coming as the sauce was indeed one-of-a-kind.

Every plate of noodles also comes with crunchy boiled bok choy, as well as a scoop of sambal chilli. I noticed that there were very distinct chunks of ingredients in it. Turns out that there’s a long list of ingredients behind the sambal too which, this time, wasn’t kept secret from me.

Shallots, ikan bilis, belacan and pork oil amongst others, are what goes into it. No wonder I found the chilli so substantial and fragrant. Moving on to what was, in my opinion, the most important component of the dish, the roast duck. Again, Lee Kee amazed me. The roast duck had a glistening coat of oil all over it that made it look simply irresistible. Putting it into my mouth, I didn’t have to chew much. The roast duck was extraordinarily succulent, with a juicy layer of fats between the skin and the meat. I cannot get over how spectacularly the roast duck oozed with juice as I devoured it. Not to mention, the skin had a light crunch of its own. This made every piece of roast duck a contrast of meaty and crispy textures. With a palatable taste and an alluring aroma, Lee Kee’s roast duck momentarily took me back to Hong Kong. 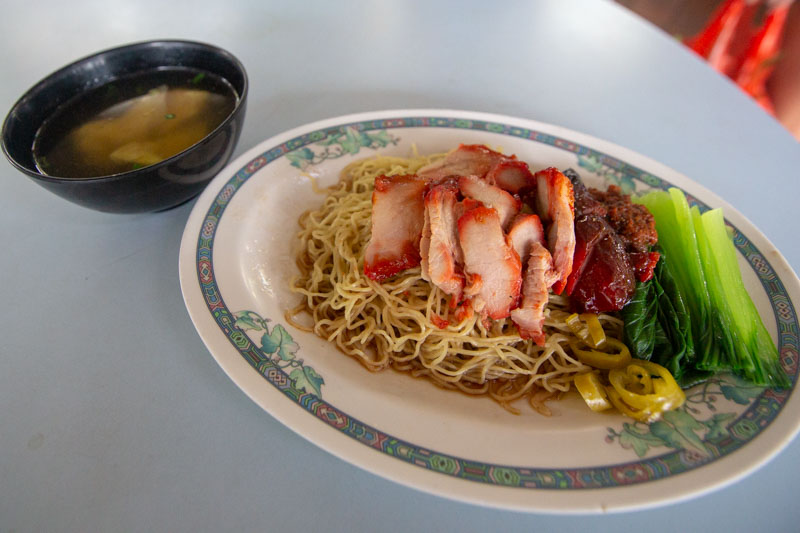 With such a great start, I couldn’t wait to dive into the Wonton Noodles (S$3 for small, S$4 for large).

The dish came with the same tantalising noodles, as well as a substantial portion of barbequed pork. As for the wontons, they came in a separate bowl of soup. 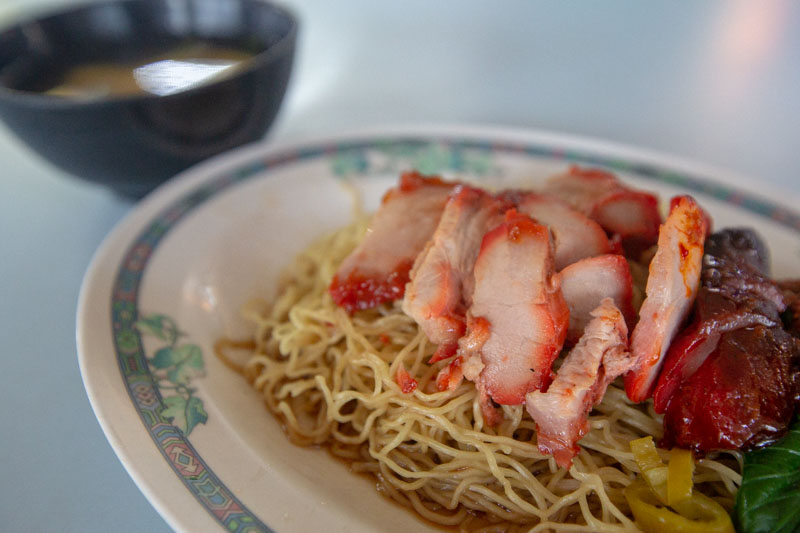 Satisfyingly, there was an even caramelisation on the pork and it didn’t look one bit dry. I appreciated that the cook didn’t slice them too thinly also. Therefore, every piece of pork had bits which were fatty and firm, making them really succulent and meaty. As the char on the pork wasn’t all that prominent, it tasted very decadent. Because of that, I felt it made for a perfect complement to the umami noodles. 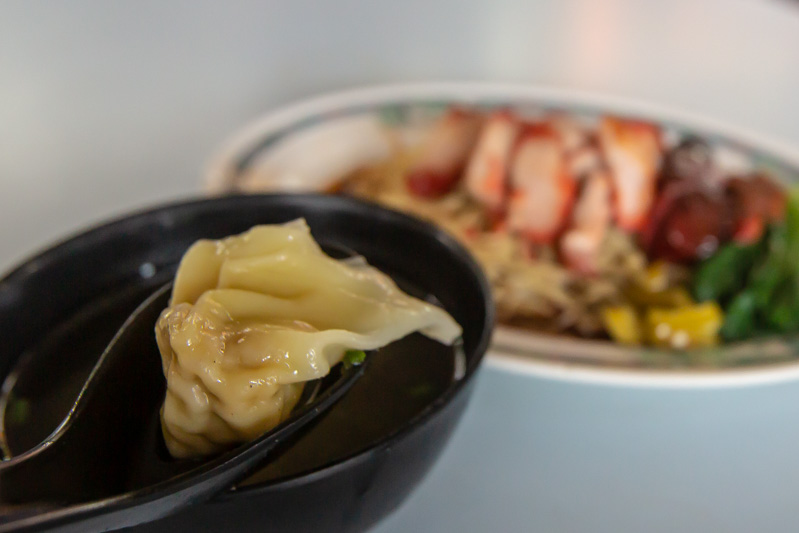 The wontons themselves were pretty ordinary and nothing much to rave about. I found the dumpling wrapper a hair too thick and the meat filling lacking in flavour. Nevertheless, I got over these little nitpicks very quickly as the meats and noodles were just so indulgent. 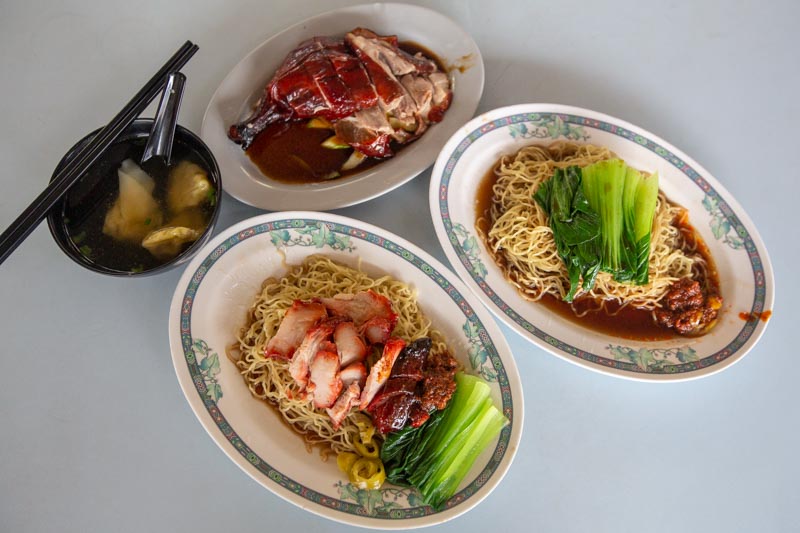 According to the owner, Lee Kee’s business has drastically shot up in recent time. She finds the huge turnouts of customers unprecedented and humbling. Yet, she admits that they get rather overwhelming at times as she is adamant about maintaining her food standards.

For now, I guess it’s going to take me a while to get over Lee Kee’s roast meat noodles. The affordable prices and generous portions are just bonuses in addition to the restaurant-quality food they serve.

I’ll gladly travel all the way to the West again for this.