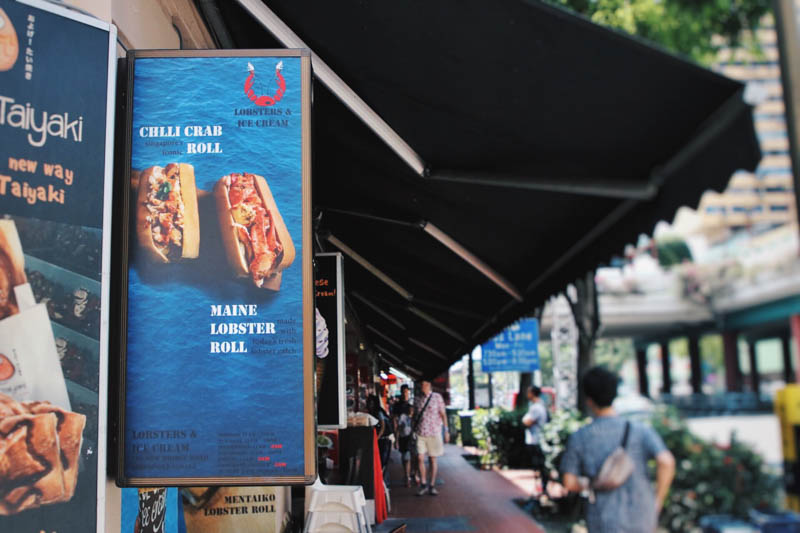 Along Mosque Street in the heart of Chinatown, Lobsters And Ice Cream is a small American cafe serving up lobster rolls and soft serve ice cream. The founder of the cafe, Mr Iddo, enrolled in culinary school while studying to get his MBA in the USA.

Mr Iddo went on to work under Michelin-starred restaurants, such as Jean Georges, before finally opening his own cafe. 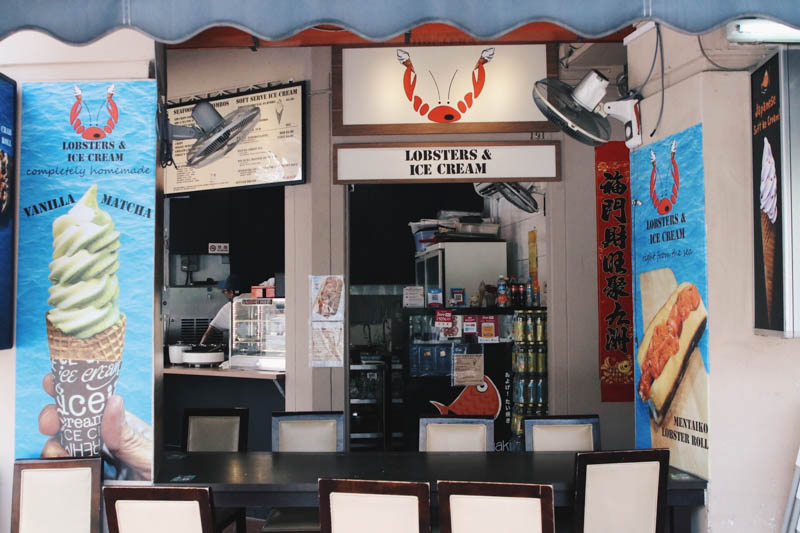 He wanted to bring fresh seafood from regional and international sources to customers, with minimal transport time. 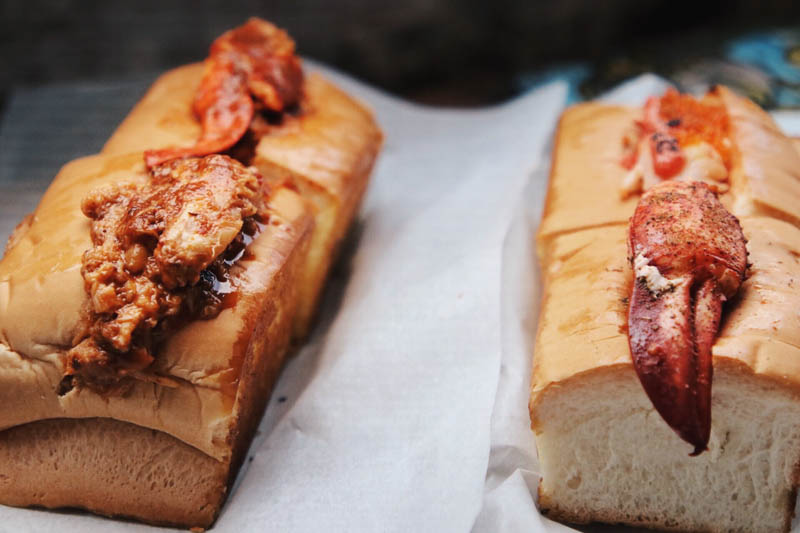 Lobsters and Ice Cream pride themselves on making everything from scratch, serving up lobster and crab rolls as well as homemade soft serve ice cream. They do their Lobster Rolls and Crab Rolls three ways: Maine-style, Mentaiko or Chilli Crab Sauce. 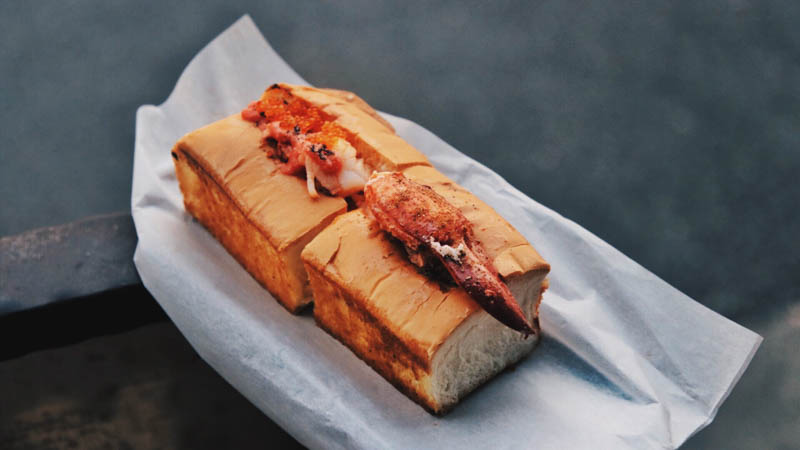 We tried the conventional Lobster Roll (S$28) done in Maine-style. Quickly sauteed with some butter, it’s then topped off with mayonnaise, lemon and thyme. 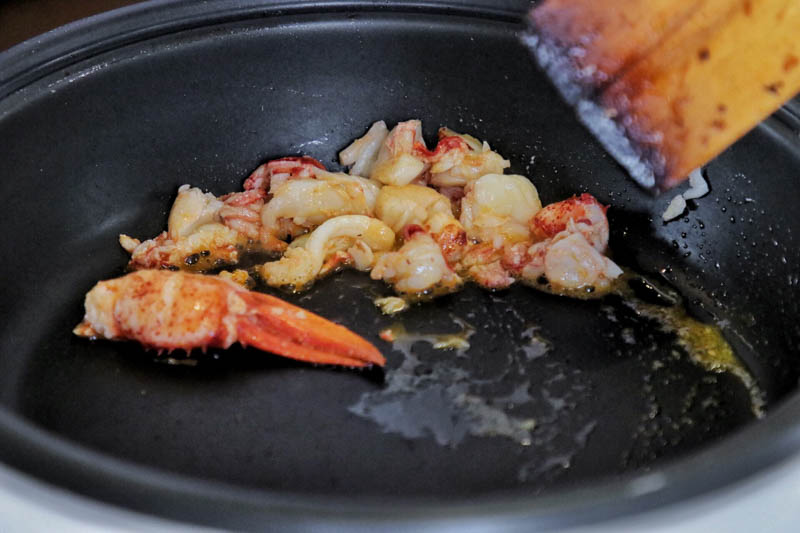 Cooking the lobsters in butter added a nutty taste to them. Taking my first bite, I discovered that the lobsters were extremely fresh and cooked to perfection. 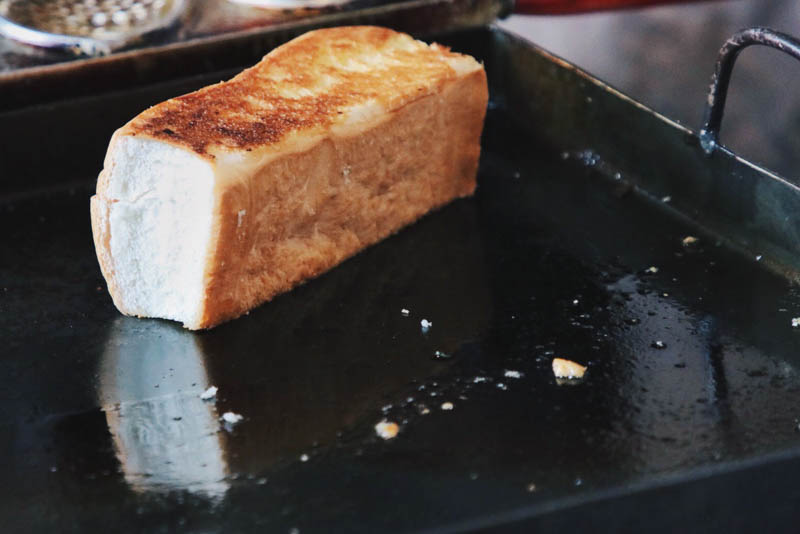 The firm texture of the lobster provided a crunch to every bite, and the bun added on to the crispy texture. The thyme provided a tinge of earthiness to contrast the flavours from the lobster, while the lemon accentuated the briny taste.

To round off everything, the mayonnaise helped to bring all the flavours together in a decadent mixture. 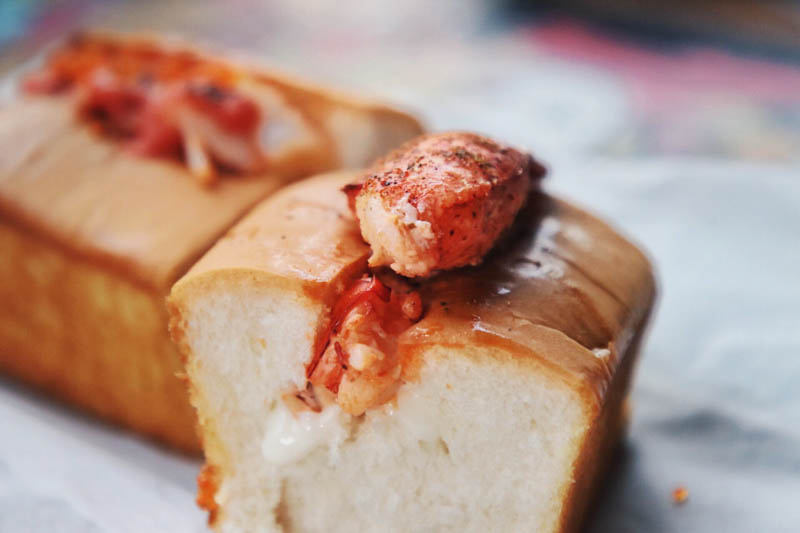 Light and fluffy, the bread was toasted on both sides with butter on a cast iron pan. However, I felt that the bread to lobster ratio was a tad too high. 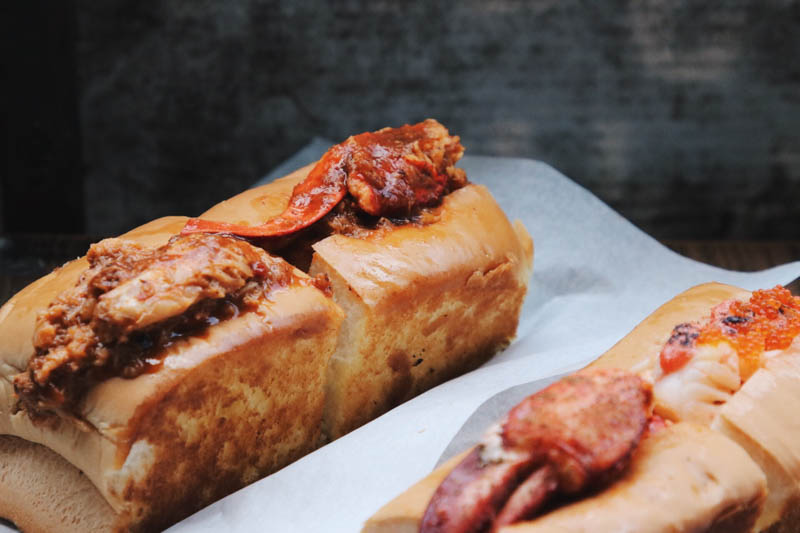 We also tried the Chilli Crab Roll (S$18). The chilli crab rolls reminded me of our traditional chilli crab with mantou. Topped with silken chilli crab sauce, the rolls also came with a generous amount of fresh crab meat. The chilli crab sauce was not too spicy and didn’t overpower the delicate sweet flavours of the crab meat. 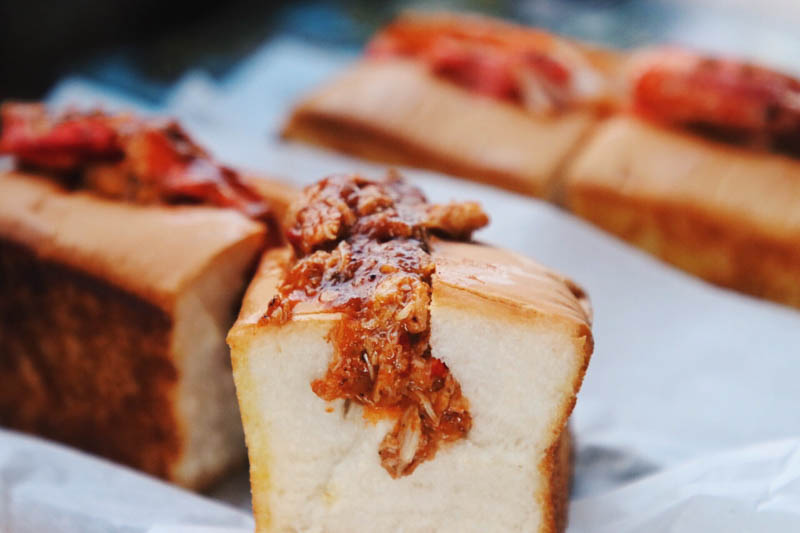 The bun held the sauce very well, soaking up flavours but at the same time, it didn’t turn soggy. 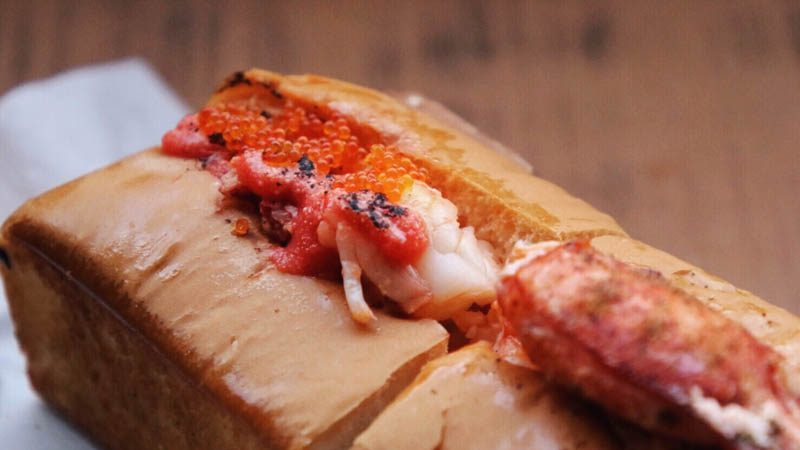 If you’re feeling fancy, splurge on the Lobster Mentaiko Roll ($28). The mentaiko sauce was made the traditional way, combining real cod roe with mayonnaise. The chef then scorches it to get that smoky flavour. Even on its own, the mentaiko was delectable, and the creamy and rich cod roe tasted so decadent. That being said, it was disappointing that the mentaiko did not felt like the star of the dish as it was overpowered by the strong mayonnaise taste mixed with the lobster.

Being a fan of mentaiko, I was rather disappointed in the mentaiko roll as it lacked the luscious, creamy texture I was hoping for. 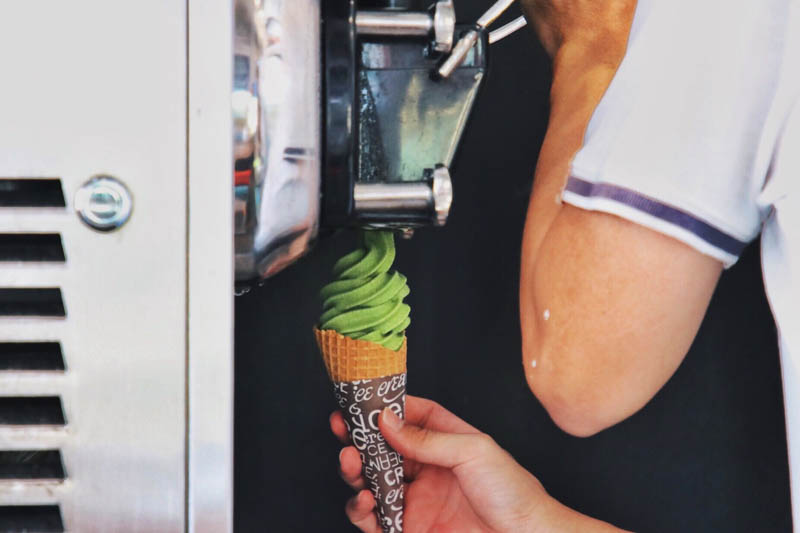 Moving on to desserts now, we had to try the Soft Serve Ice Cream (S$4.50). They change up the ice cream flavours every fortnight, and it happened to be Matcha when we were there.

For those who love the bitter flavours of matcha, you’ll enjoy this dessert. Churned in-house with no artificial stabilisers, the consistency of the ice cream was not as creamy. The slightly slushy soft serve hence melted really quickly in the hot Singapore weather. Those who have a sweet tooth, I would definitely recommend the mix of Matcha and Vanilla. The Vanilla ice cream had a strong milky taste which sweetens the prominent flavours of the Matcha ice cream.

Psst, if you are nice to the owner, he might even let you sample their Lobster Ice Cream that’s not for sale yet. Just a little over a month old, Lobsters and Ice Cream are still in their experimental stages and they’re still continuously improving. They’re also sourcing for cheaper produce to reduce the cost of the rather pricey premium lobster that they are currently using.

I wish they’d put in more lobster meat, but that would probably increase the already high price. I guess they must strike a balance between affordability and the amount of lobster meat in the bun.

If you’re in the vicinity and would like to try out what Lobsters And Ice Cream has to offer, then get the lobster roll done in Maine-style.

I’d also recommend dining in at Lobsters And Ice Cream while the buns are freshly toasted. They taste much better when they’re warm and crispy!