Markozar paved the way for a generation of bazaar entrepreneurs to dream. A pioneer for catalysing the experimental-movement of refreshing street food icons, this two-person-owned business burst onto the scene with ‘Banana & Cheese’ in 2017.

First appearing in Woodlands’ bazaars as an unknown entity, the Malay community came to embrace them, and the rest is history. Thus, began a very important era in the food scene that we now recognise today, and can now find in Yishun. I sat with one-half of the newly-engaged couple to have her narrate on the historical progress of their entrepreneurial journey thus far.

The University graduate calls it an accidental showering of fortune or perhaps, maybe a divine intervention of grace. It was at a casual festive tasting visit paid by her friends, that she found inspiration for how her business could be conceptualised.

Her instincts told her to shave a block of cheddar onto the goreng pisang to serve, and everyone in the room reacted well to it. She hadn’t had any professional training in the culinary arts prior, but just from watching Gordon Ramsay too much on Masterchef conjured a voice in her head telling her to ‘risk it’. 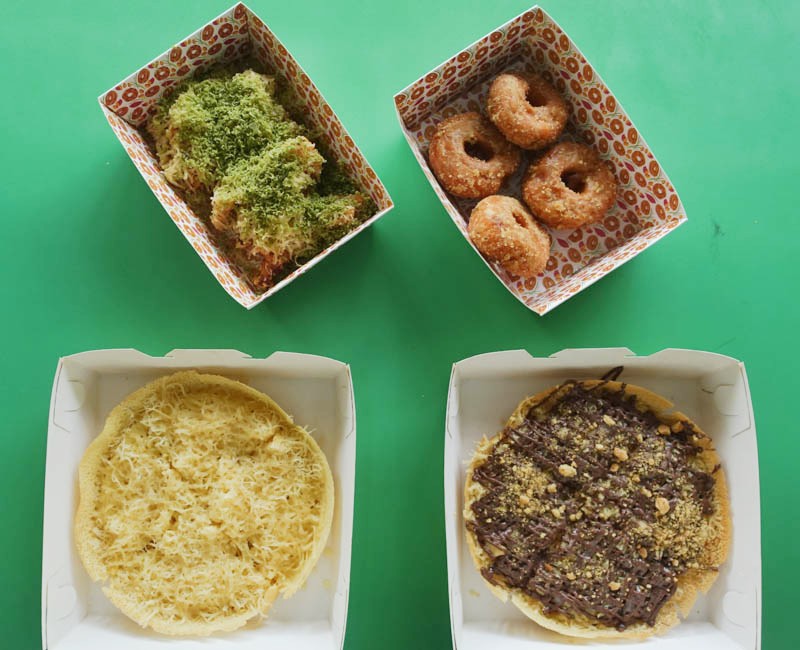 Each of these came in spacious, ready to take-away boxes that feature cute designs of their keria in a tessellated pattern.

We first had the Keria Viral, which was recommended to us by the owners. This latest conception from the establishment is actually really nothing new at all, having already been around for a long time. She stressed the importance of preserving the legacy of traditional Malay foods for cultural continuity. 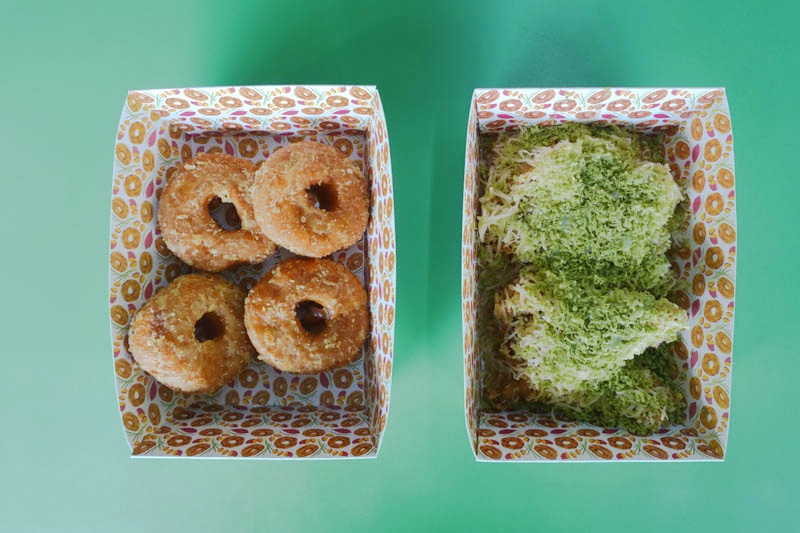 She explains that her brand makes it marketable to youths, and so she uses it to refresh and inform the community of these traditional Malay sweets.

Keria is a traditional Malay doughnut made from mashing sweet potato and then fried ⁠— making it dense and chewy inside. The doughnut is slathered with a coat of melted gula melaka or palm sugar as opposed to the traditional choice of white sugar frosting, adding a twist. We had the crowd favourite of Matcha-Banana Cheese next. Selling out every night at the bazaar, the cheese-banana fritter combo needs no introduction. This new iteration adds a third flavour profile into the equation with matcha.

The matcha-chocolate block is grated over the banana fritters at the finish. When we took a bite, the quality of the bananas really shone through. The batter was also well-seasoned and crispy which made for a pleasing bite. The matcha-chocolate-cheese surface combination did not hit as well as it could with the banana fritters. Overall, the flavours just did not complement each other and would have been better isolated as individual pieces. 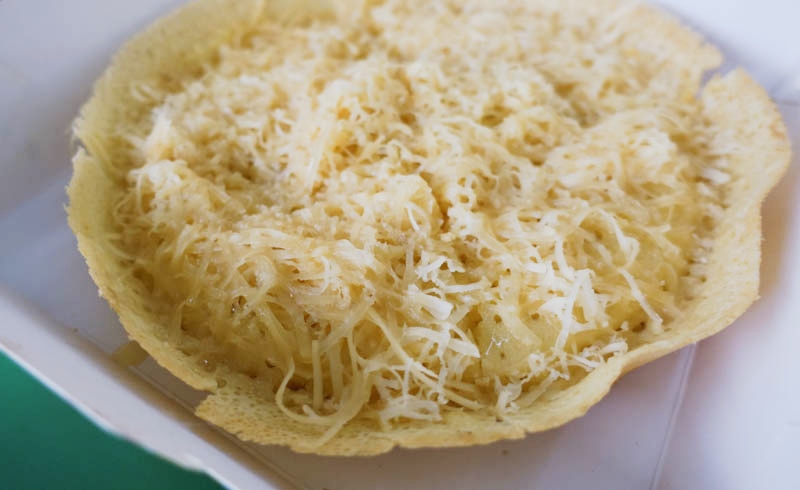 We then turned our attention to the martabak manis. The OG Original had the crispest edges which made for pinching and breaking away for fun by my colleague. The cheddar cheese is generously shaved onto the pancake and then drizzled with sweetened condensed milk, creating a tantalising sheen before us.

The flavours were in perfect harmony, balancing salty accents from the cheese and sweet notes from the condensed milk. The absorbent, spongy pancake was also the right shape and structure for carrying each slice into your mouth favourably. The Nutella Falls pancake had more of the same. Generous drizzles of Nutella and a crumbly finish of biscuits gave depth and an added layer of crunch to the overall dessert plate.

The Nutella drizzle acted as a bold statement and helped elevate the pancake to a much richer, decadent piece than its predecessor. It also got quite jelak very quickly as we increasingly took more bites after the first piece.

Our bazaars today are full of creative people venturing into the food and beverage industry! It has inspired a new generation of uniquely Singaporean street food, inspired by cultural influences from all over the world. We’re excited about what will emerge as the next big thing. Domino’s Is Giving Away Free Pizzas On 5 Aug With No...