Mention mentaiko and you’ll probably find me next in line to have a bite. Well, that situation sounds quite right— just last weekend, I was queuing for Mentai Sens, an underrated hawker stall that sells wallet-friendly mentaiko salmon rice bowls.

If you’re not a fan of mentaiko, don’t worry. Mentai Sens sells over 20 different types of rice bowls, with pork, chicken, beef, ebi and unagi in variations such as mentaiko, salted egg, teriyaki and cheese, so you’ll definitely be able to find something that’s up your alley.

Its rice bowls are priced affordably, ranging from S$5 to S$9, with the majority costing around S$6. 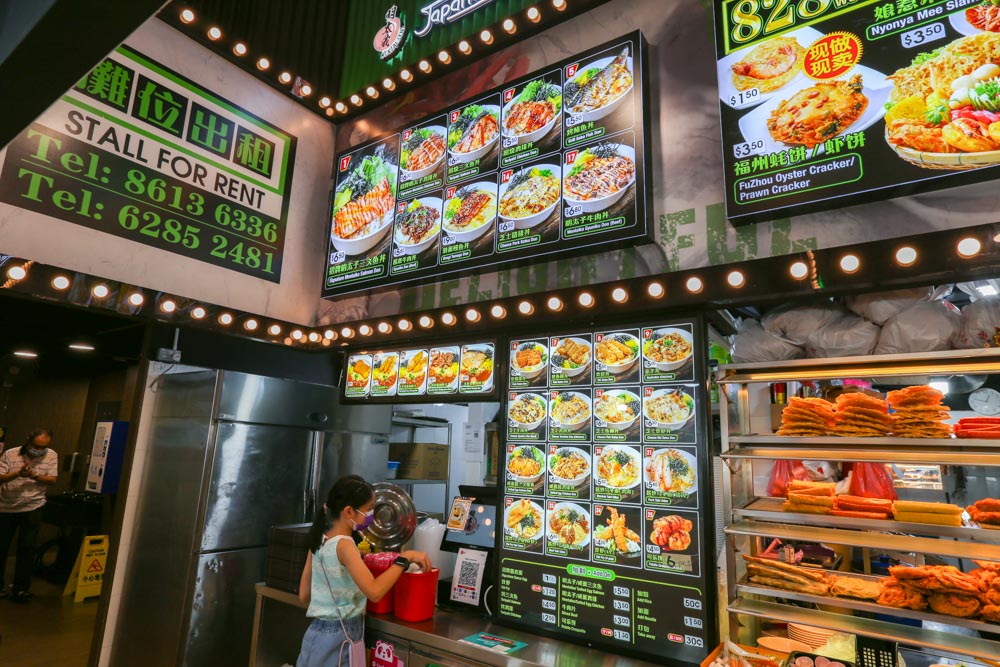 Even though Mentai Sens has eight outlets all across Singapore (with its original store being at Beauty World Centre), I decided to visit its new outlet at Tampines West.

I’ve been an East-sider all my life, but I still got lost trying to find this stall. And before you judge me, my dining companion couldn’t locate the stall too— and she happens to stay in Tampines!

Tampines West is home to plenty of coffee shops and it’s most well known for being located right opposite Temasek Polytechnic, but you’ll find Mentai Sens hidden at the leftmost corner of an airy coffee shop at Block 823A Tampines Street 81. I started out with the dish that I was most excited about: Signature Mentaiko Salmon Don (S$6.50).

It came with a bed of Japanese short-grain rice, a large piece of salmon slathered in a torched mentaiko sauce and drizzled with a brown Japanese sauce, sliced pickles, shredded nori, and a bowl of miso soup. I also topped up an additional S$1 for its Signature Sauce Egg.

Even before digging in, I was already impressed. There was so much mentaiko that I couldn’t even spot the salmon! It was creamy and tangy, with a savoury sweetness that went hand-in-hand with the salmon. There were also elements of smokiness, which I assumed was from the torched sauce, as well as a slight saltiness from the drizzled Japanese sauce. Each bite was sinfully indulgent and came complete with little pops of texture from the marinated cod roe.

I appreciated how well the salmon was cooked— it retained a flaky texture without being too dry and its edges were delightfully crispy. 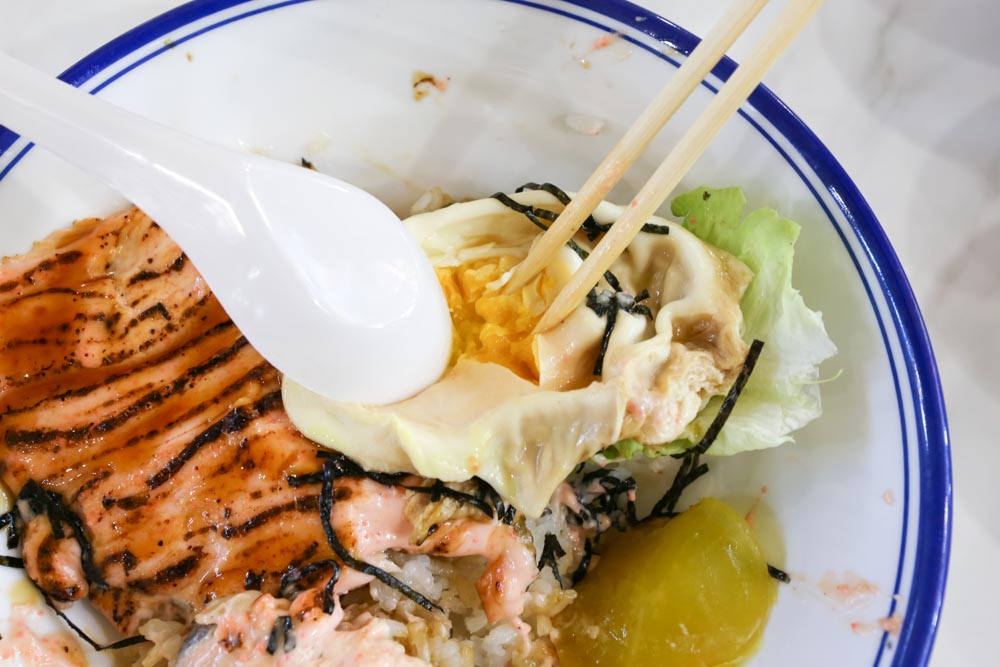 Mentai Sens’ Signature Sauce Egg was a pleasant addition to the dish. It tasted as if the entire egg had been cooked in a dashi soy sauce broth, resulting in a mild umami sweetness. Plus, I enjoyed how the yolk had a creamy texture because it wasn’t too cooked. Even though the mentaiko sauce was pretty rich, I noticed how the rest of the elements in the bowl served to balance it out. For example, the Japanese short-grain rice had been drizzled with a soy-based sauce and there was that well-needed crispness from the lettuce.

Overall, I’d say that this was a pretty solid mentaiko salmon rice bowl, and even more so considering its affordable price point. 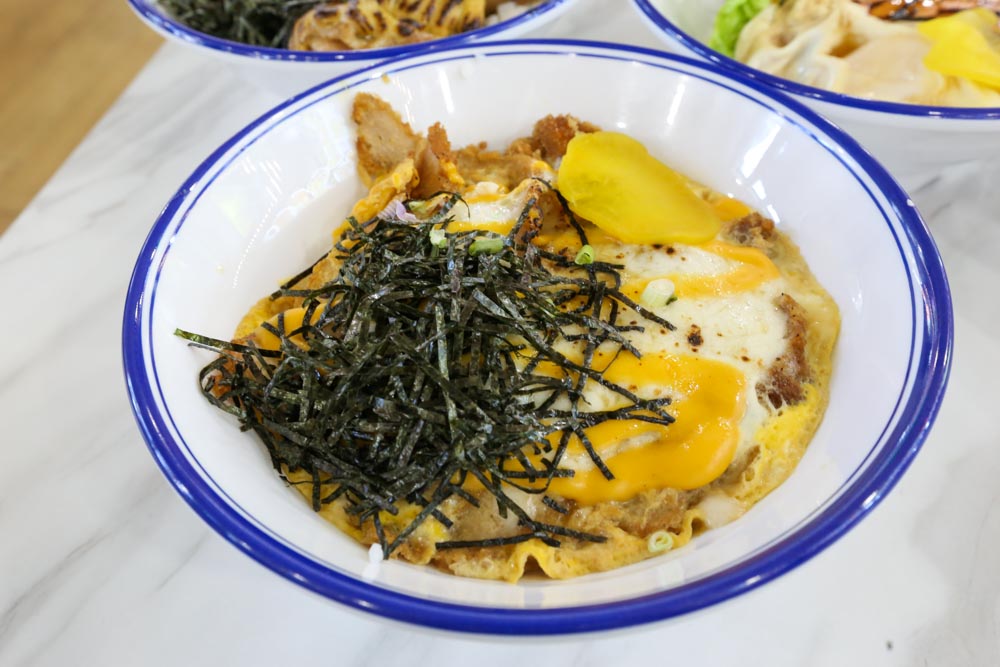 Most of the rice bowl’s elements remained the same as the Signature Mentaiko Salmon Don— Japanese short-grain rice drizzled with a soy-based sauce, shredded nori, pickles and a bowl of miso soup— with the main difference being the massive slate of pork katsu on top of the rice. The deep-fried breaded pork had been sliced into thin strips before being cooked in an egg and cheese mixture, so there was that satisfying cheese pull as my dining companion carefully lifted a piece of pork katsu.

Despite its promising outlook, I was sadly disappointed by its taste and texture. Because it had been cooked together with the egg and cheese, the breaded pork katsu lost its crispiness. Plus, the meat was drier than expected because it had been cut into thin slices.

Perhaps I might consider swapping out the pork katsu for the Cheese Toriniku Don (S$6.20) next time. 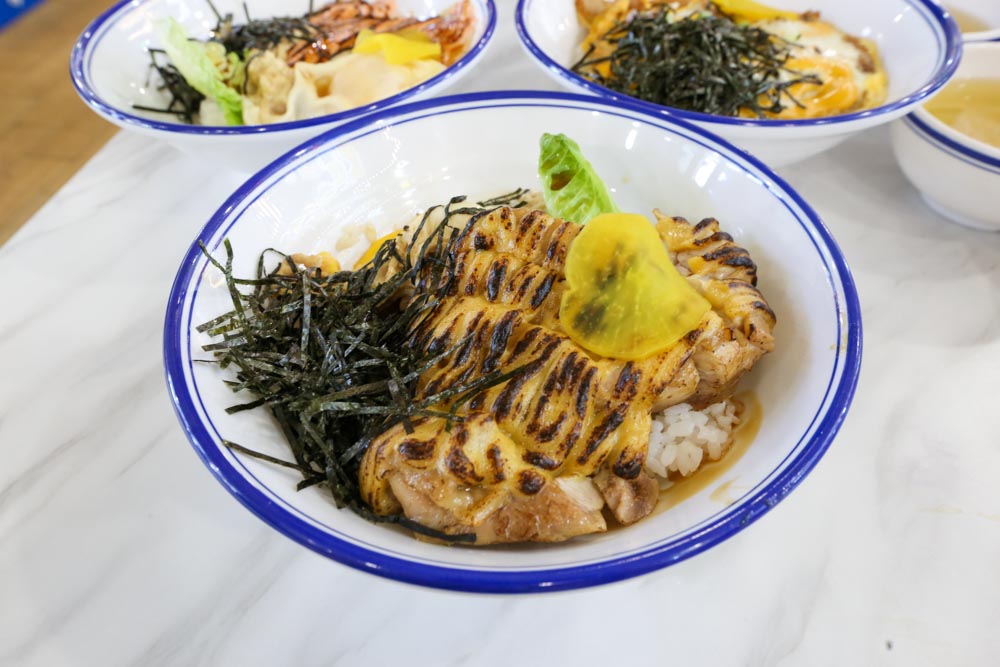 The last rice bowl I tried from Mentai Sens was the Salted Egg Chicken Don (S$6.20), which came with thick slices of chicken that were covered with a layer of torched salted egg. 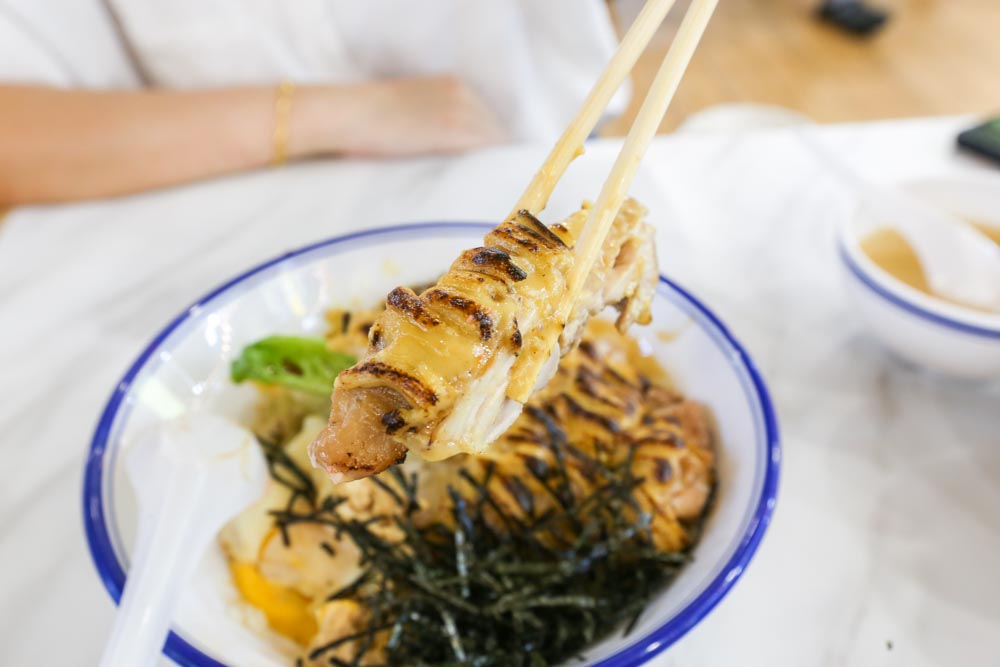 The salted egg sauce ticked off most of the boxes in my head. The sauce was grainy and buttery, but what I liked most about it was that it wasn’t overly jelak. Plus, the chicken came in thick, satisfying slices that had a springy bite.

However, I would’ve preferred the salted egg sauce to come as it was and not torched, as the heat had caused it to solidify. Its texture ended up resembling hardened melted cheese rather than flowy salted egg gravy. Despite its cheese and salted egg rice bowls falling short of expectations, I thoroughly enjoyed its Signature Mentaiko Salmon Don. The mentaiko sauce was spot on— rich and savoury, complete with delightful little pops from the cod roe.

All in all, I’d say that Mentai Sens is worth a try, especially considering its affordability. Perhaps the next time I’m back, I’ll consider going for more classic rice bowls instead, such as Oyakodon (S$5) or Gyuniku Don (S$5.80).