A pie commonly filled with curry chicken and potatoes, deep-fried or baked in pastry shell;to many of us, this snack is known as curry puff, but today, we are talking about its miniature counterpart, epok-epok. Situated at a corner of Commonwealth Crescent Food Centre, is Milah Hokkaido Curry Puff. Well, the epok-epok sold here are not quite the ordinary humble Malay-style curry puff. They are, in fact, evolved versions merging the likes of traditional Malay flavours with a touch of Japanese influence.

A musician of 10 years, Hafez, decided to let go of the glitz and glamour of stage life to help his mother sell home-made curry puffs after she stopped working. The business eventually grew into his current shopfront which he has been helming alone since August 2018. With his slick black hair tied neatly into a ponytail, Hafez was assembling the epok-epok when I arrived. As our eyes met, he gave me a warm smile and did what he called was his ‘sales pitch’, introducing the flavours he prepared for the day.

“Unlike other stalls, I use flour imported from Hokkaido for the pastry casing of my curry puffs,” Hafez explained. “I have a Japanese friend, dealing with imported ingredients. He gave me a kilogram of the flour to try and I fell in love with its texture.” Flour alone was not the only factor that makes Milah Hokkaido Curry Puff stand out from its peers. With a wide variety of 17 flavours, returning customers will never get bored with the selection of epok-epok sold at the stall. Since it is impossible for Hafez alone to churn out all 17 different flavours a day, he usually sells nine flavours daily with classics like Kari Potato and Sardine being permanent items on the menu.

With all the talking, I just had to try for myself to see how much a difference the flour will make. Thus, I greedily ordered three classics (S$1.10 per piece, S$2.80 for three)—Kari Potato, Sardine and Cheesy Potato—and three specials (S$1.30 per piece, S$3.50 for three)—Mentaiko, Cinnamon Banana and Chocoreto. 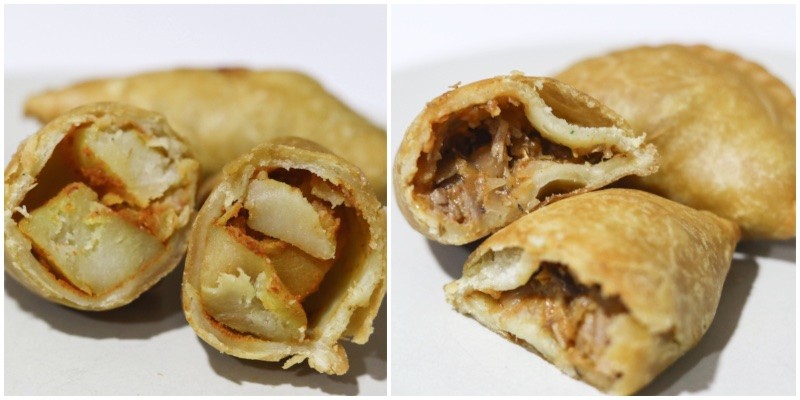 As I ate the Kari Potato, I slowly understood Hafez’s decision to use the Hokkaido flour instead of regular ones. The pastry casing of the epok-epok was light and of a smoother texture resulting in a subtle difference that might require a few bites to distinguish. Filled with chunks of curried potatoes—although there was nothing fancy—I appreciated that the potatoes were not overcooked leaving a slight bite which I enjoyed.

Cheesy Potato was a flavour that remained as a mystery to me till today. As I was eating this particular curry puff, I can’t help but wonder, “Where is the cheese? Did I get the wrong flavour?”. To me, the Cheesy Potato tasted more like a mayonnaise-based mashed potato flavour with no signs of richness and the cheese pull that I expected.

Amongst the classics, my favourite was definitely Sardine. It has been a long time since I had canned sardines and one bite into the Sardine epok-epok, I felt a sense of familiarity gush through my body. Yes, the sardines might be from a brand that we all know, but its slightly tomato-based sourish note went well with the thin fried crust, making every mouthful a delight.

With his overseas connections, Hafez was also exposed to several other Japanese ingredients which led to the birth of the Japanese inspired Mentaiko epok-epok. Unlike the others which were fully or decently filled, this curry puff felt a little short of filling. Even though I could clearly see a fair amount of mentaiko, there was no trace of its taste when consumed.

This was probably one of my biggest disappointment since I was looking forward to being blown away by the distinct saltiness and essence of the sea with the addition of these orange balls of goodness. 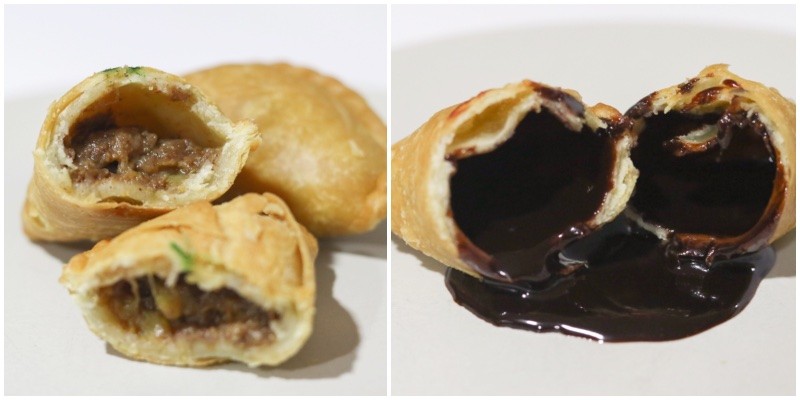 I chose two special dessert epok-epok to end my meal since we rarely come across sweet versions of curry puffs and I was pleasantly surprised by both of them. Although they are two very different snacks, the Cinnamon Banana epok-epok reminded me of a goreng pisang (fried banana). The filling was not overly spiced and had a proper balance of sweet and sourish notes.

If you are a chocolate lover, Chocoreto is a must-try item. “I have to eat three chocolate epok-epok before I start work every day,” Hafez said proclaiming his love for his creation. “It is so normal, yet so addictive,” he added. Chocolate sauce immediately oozed out when I cut into Chocoreto forming a lovely brown puddle on my plate. Not wanting to waste a single drop, I dipped the fried pastry into the melted pool of chocolate with every mouth I took. Well, I guess I need no further explanation for you to know how good it was as I devoured everything in three bites.

Through our conversations, I sincerely felt Hafez’s passion and love for his job. His eyes glittered with excitement as we spoke about his latest creation—gluten-free curry puff, which he will be introducing for Ramadhan. Not only that, but Milah Hokkaido Curry Puff will also be selling home-made frozen epok-epok for those of you who want to keep a stash of curry puffs to satisfy your cravings any time of the day!

Previous articleThis Easy-Peasy 3-Ingredient Milo Steamed Cake Should Be Your Go-to Stay-Home Dessert Recipe
Next articleSoak in the Spirit of Ramadhan From Home Via Online Singapore Bazaars With Twilight Online, Virtual CelebFest & Many More 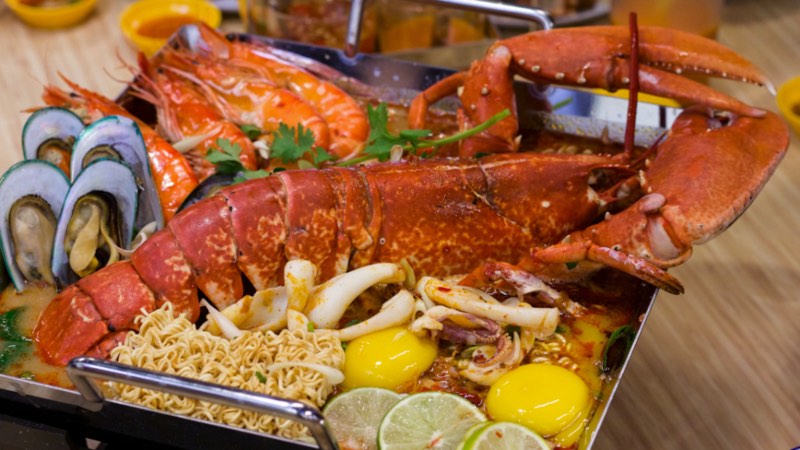