Calling all Pikachu lovers! Get your poké ball ready to catch some Pikachu Donuts with the launch of Mister Donut X Pokémon collaboration in Japan this Winter season.

The Pokémon donuts—Pikachu and Poké Ball Donuts—were such a hit last year that it is back bigger and better with the introduction of three Christmas limited edition donuts, three Pokémon-inspired tapioca drinks and exclusive dishwares. 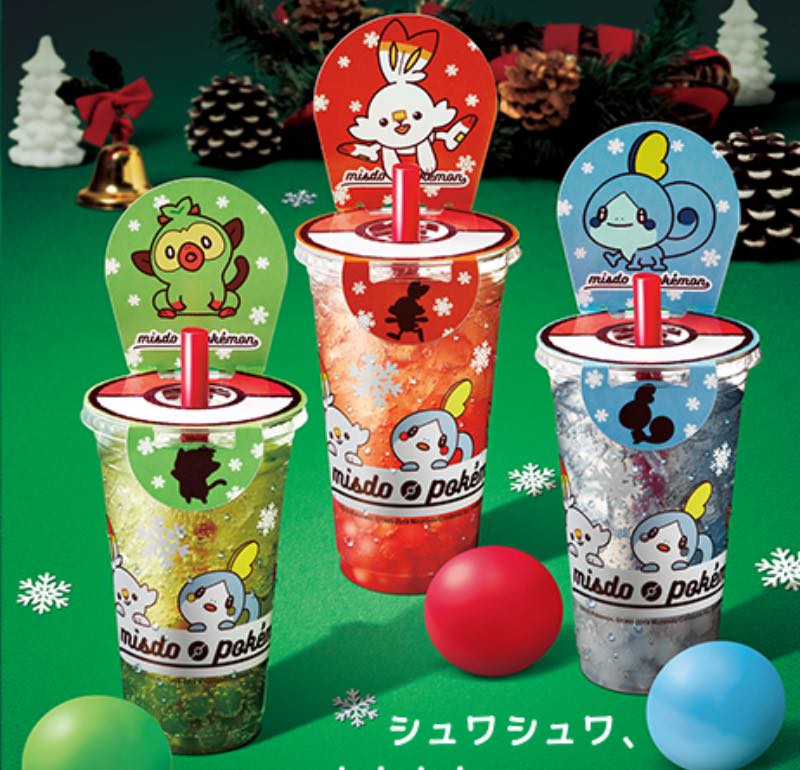 To further sweeten the deal, Pokémons fans can also purchase limited edition mugs and plates of two design choices with the purchase of any four Mister Donut Combos! The Japanese never fail to amaze me with their creativity every time they come up with kawaii food products that look too good to be eaten. Trust me, if I were in Japan right now, these donuts would go straight into my belly the moment they are released in stores.

Dates & Times: Available at all Mister Donut outlets in Japan, whilst stock lasts till late December