Every day, 90-year-old grandma Leong Yuet Meng wakes up at 4am to buy fresh ingredients from the nearby market. Then, she heads to Nam Seng Noodles, her wonton mee shop, to start work.

She’s been doing this for the past 62 years (and counting). While she has engaged help along the way—her second son will take her to the market and at the stall, younger staff have taken over the cooking—Madam Leong is still taking orders at the storefront, nagging at her staff in Cantonese. Madam Leong first started out by selling chicken porridge and macaroni at the former Catholic High School at Queen Street. Then, she set up Nam Seng Noodles proper at the hawker centre in front of the old National Library.

For the past two decades or so, she’s been dishing up wonton mee and venison hor fun to white-collared office workers in the CBD, especially along China Street or Telok Ayer, which is near where the stall is currently located.

Madam Leong gave me a playful wink when I asked her if I could snap a picture, and when I enquired about her age, she cheekily replied, “I just turned 90!” 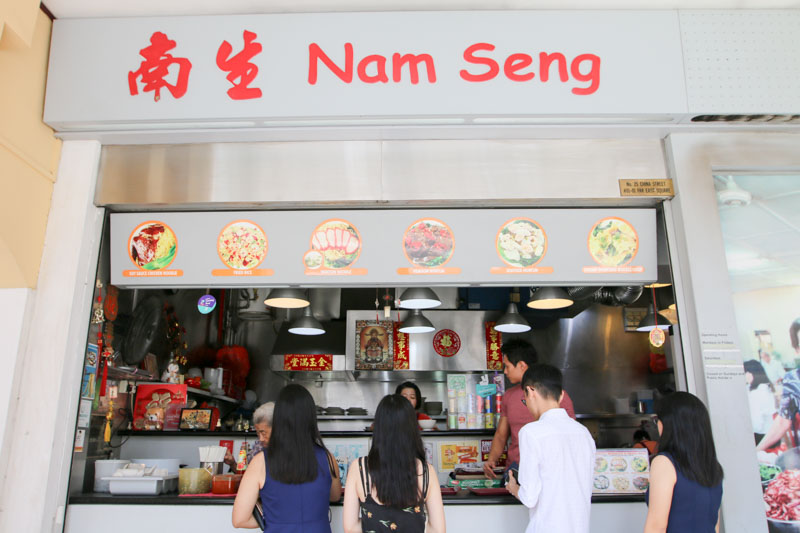 We dropped by during peak hour lunch period and it was really crowded.

Nam Seng’s seating area was strewn haphazardly along an alleyway, with metal tables and plastic chairs placed under several shelters. Be prepared to chope your seats with tissue packets while you queue for your food! Though the wonton mee looked too simple and the char siew was looked like it was made with artificial food colouring, it had a nice smoky taste and the noodles were springy and light.

I liked that the oil-based sauce coated the noodles beautifully and that it wasn’t too thick or greasy. It’s made with vegetable oil, a dash of sesame oil, salt, and pepper, so it has just the right amount of seasoning while still letting the natural sweetness of the egg noodles come through. 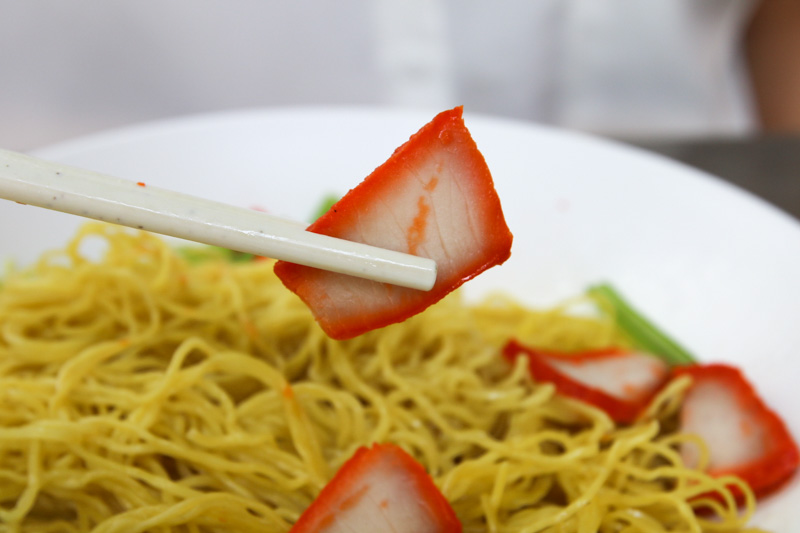 The char siew was mildly sweet thanks to its marinade, and I suspect it had been boiled rather than charcoal-roasted or pan-fried. It was a tad dry but still had a nice bite to it.

My only gripe with Madam Leong’s Wanton Mee was that it was too simple and plain. I’d have preferred for it to have a touch of salt or soy sauce, just for that bit of umami flavour to bind all the elements together. 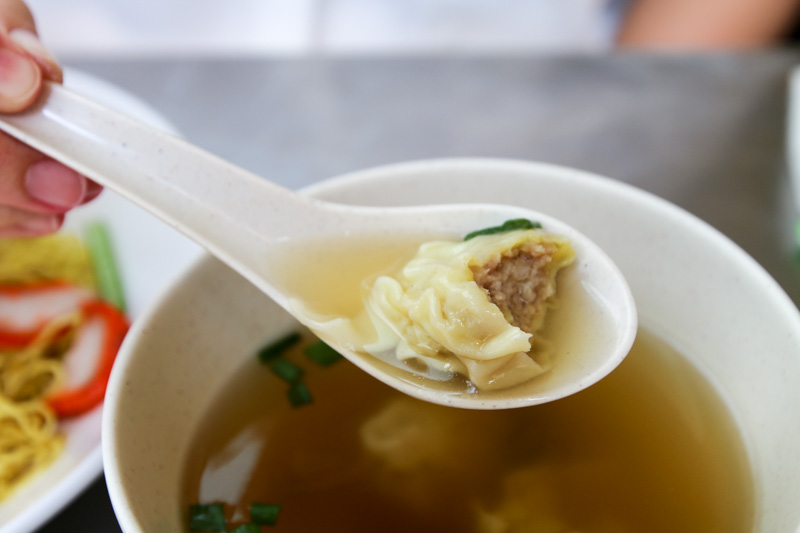 Every plate of wonton mee came with a bowl of comforting clear soup, which had two to three large dumplings in it. I loved how springy and juicy the meat was, as well as how generous Madam Leong was with the meat filling! 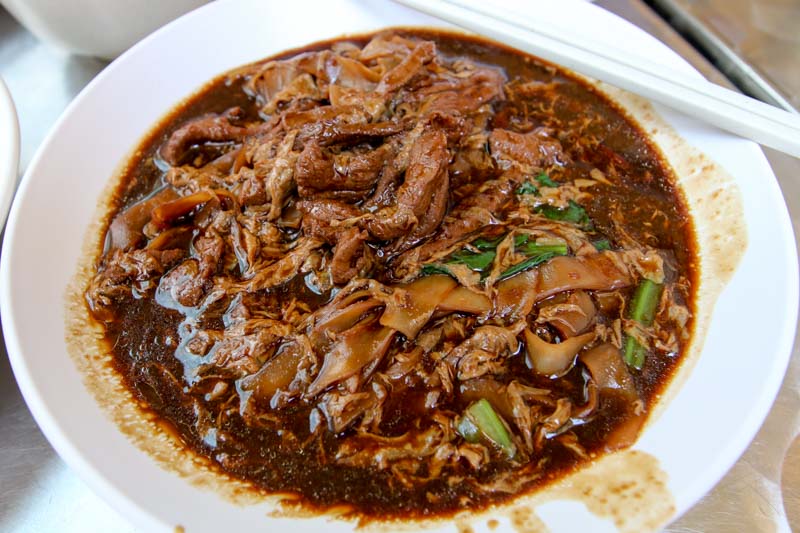 It came with a ton of gravy, shreds of egg, venison slices, and vegetables. 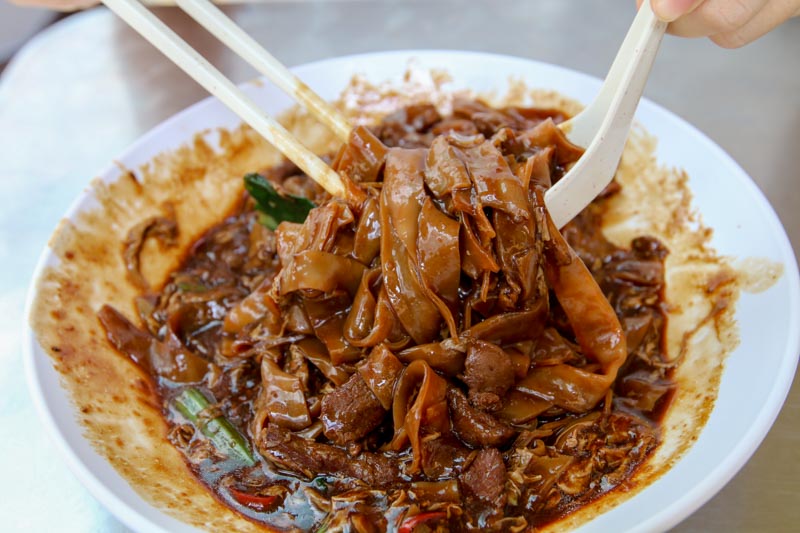 I gave the hor fun a good mix and it was so silky that I had trouble picking it up with my chopsticks! Plus, I spotted flecks of chilli padi and a good amount of venison slices too. 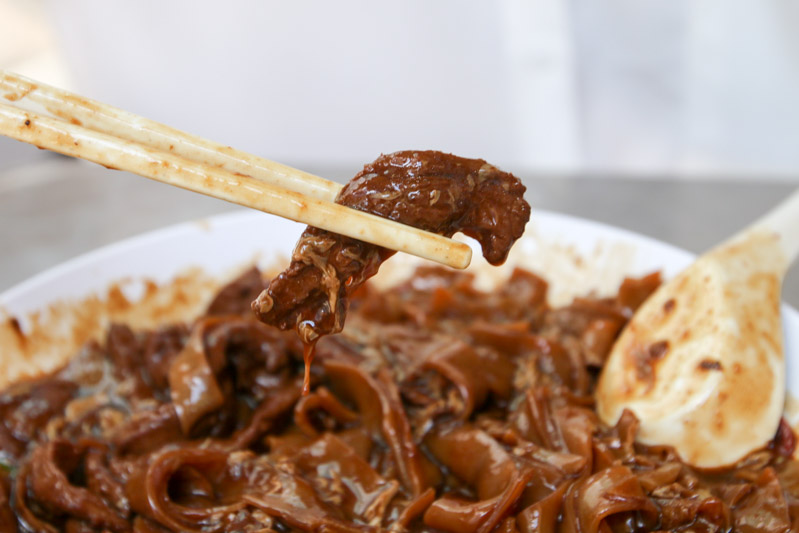 I really liked how tender and soft the venison slices were. It was pretty gamey, though the taste wasn’t as strong or musky as other meats like lamb or mutton. I loved how juicy the meat was—it went really well with the thick and charred soy sauce-based gravy. All it took was just one look at Madam Leong’s Fried Rice (S$5) and I knew it would be fragrant, sweet and filled with wok hei flavour. Just look at the gorgeous light orange hue and the generous amount of char siew in the fried rice! This fried rice was my favourite dish out of everything I’ve tried. It was mildly sweet from the egg and tomato sauce, and at the same time, it was also a tad smoky from the char siew bits.

To me, this was a really comforting plate of fried rice. Nicely fried and aromatic, with just the right amount of salt and sugar to keep it savoury and addictive.

Madam Leong’s dishes have a timeless quality about them. Her wonton mee is a real classic, while her fried rice is something that would be well-loved with children and adults alike because of how tasty and fragrant it is.

It’s really admirable that she’s been able to cook dish after dish for the past 62 years and I genuinely hope she’ll be able to do so for more years to come.