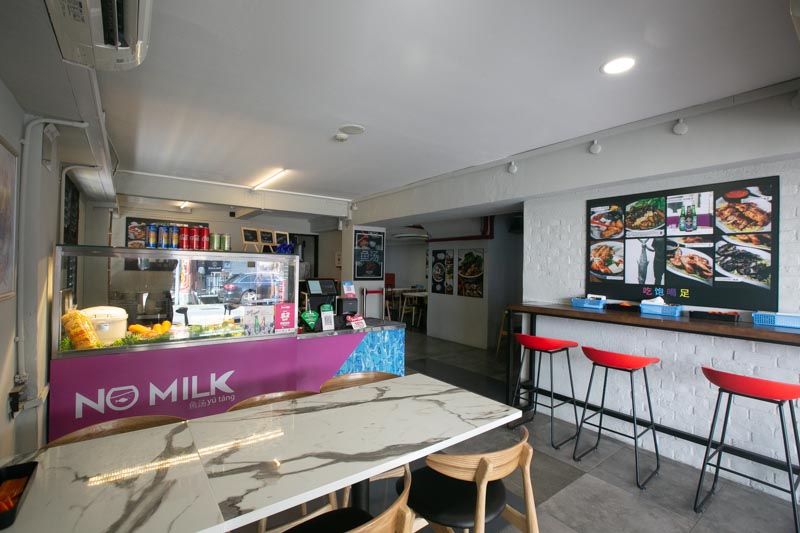 It’s interesting how fish soup still has a place in our hearts despite the blistering heat on our island. Maybe it’s the infallible comfort of hot soupy dishes, but I must admit fish soups done well are to-crave-for.

A common notion many have about good fish soup is that they are likely only to be found in hawker centres. Quality and quantity never seem to be skimped on at our trusty hawker stalls. No Milk Bistro along Pahang Street, near Bugis, goes against the traditional mindset that the younger generation can’t whip up hawker classics just as well.

The owners behind No Milk are four childhood friends, the youngest only in his 20s. If you’re already sceptical of their expertise and skills, know that behind every successful eatery is an experienced shifu (mentor).

For them, it is the fishmonger they grew up helping at the wet market when they were children. Keeping in contact with the uncle who now runs his own fish soup stall in Bedok, his recipes and skills have been imparted to them and continue to have an influence over the food served at No Milk’s. 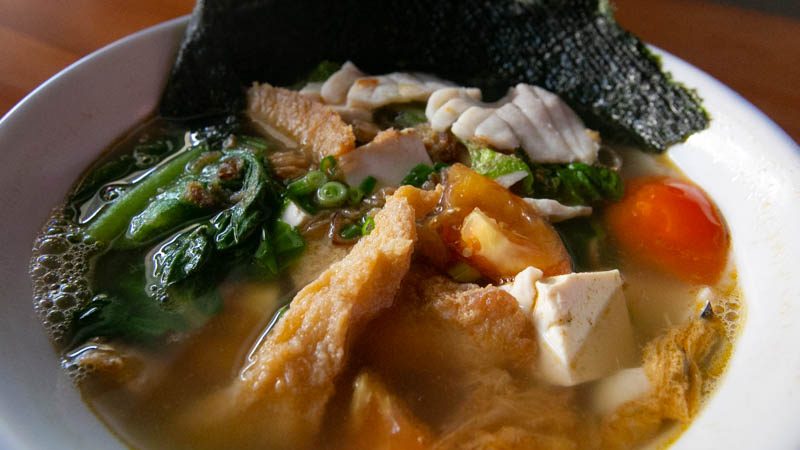 Some may be used to adding dairy milk to their fish soup for that added sweetness in their soup, but for the lactose intolerant, they’ll be missing out.

Well, while adding milk gives you an instant burst of sweetness in your fish soup, that’s far from doing fish soup right. The traditional “milky” flavour comes from hours of boiling fish bones in the broth, which the guys at No Milk pride themselves in doing.

Their signature Mixed Fish Soup (S$7) offers diners a choice between fried or sliced fish or a combination of both. 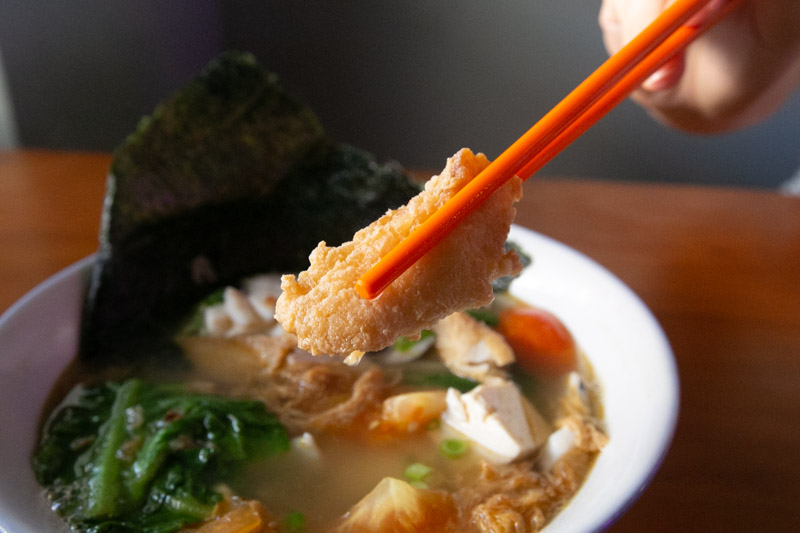 Seabass is used for the fried version while mackerel is used for the plain sliced fish version. Boasting a Teochew-style fish soup, it was a rather light bowl of fish soup. It was clean on the palate and slightly sweet from the fish. 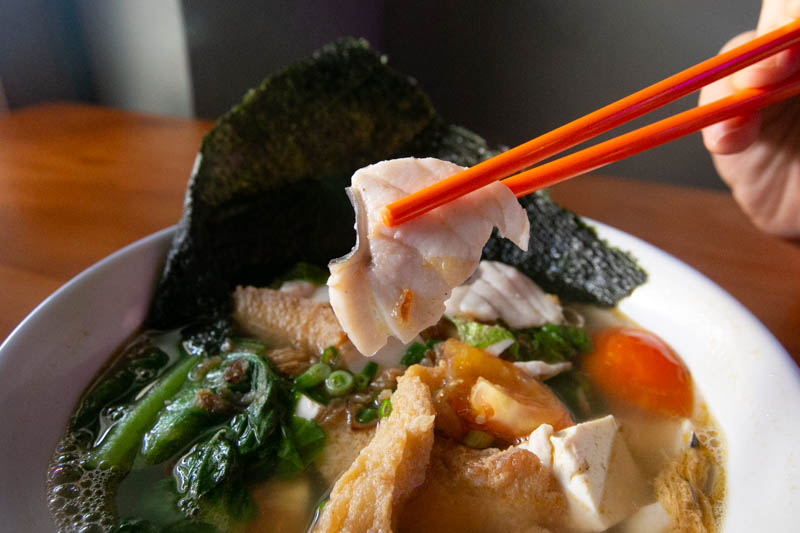 Japanese nori is added in an attempt to modernise the dish. Besides vaguely resembling a typical bowl of ramen, it did little in elevating the taste of the soup.

Both variations of the fish were fresh no doubt, but the sliced mackerel definitely fared better in terms of having its natural sweetness retained. 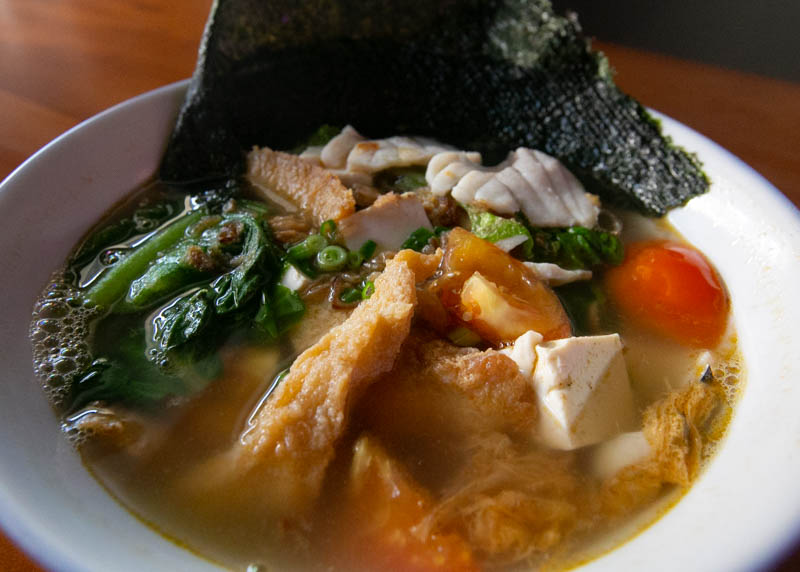 My verdict on the fish soup is that it was delicious and refreshing, but I suppose it wouldn’t be too brutal to add that it wasn’t the sort I’ll crave for.

The omission of milk on account of their belief that fish soup should be just as tasty without it was not a flop but it was just not robust enough for me to rank it as my go-to for fish soup. Their Spicy Fragrant Handmade Egg Noodles (S$8) was their take on ma la xiang guo. I’ll probably receive disappointing looks from many but I’ve never quite been a fan of ma la, even though many still rave about it. 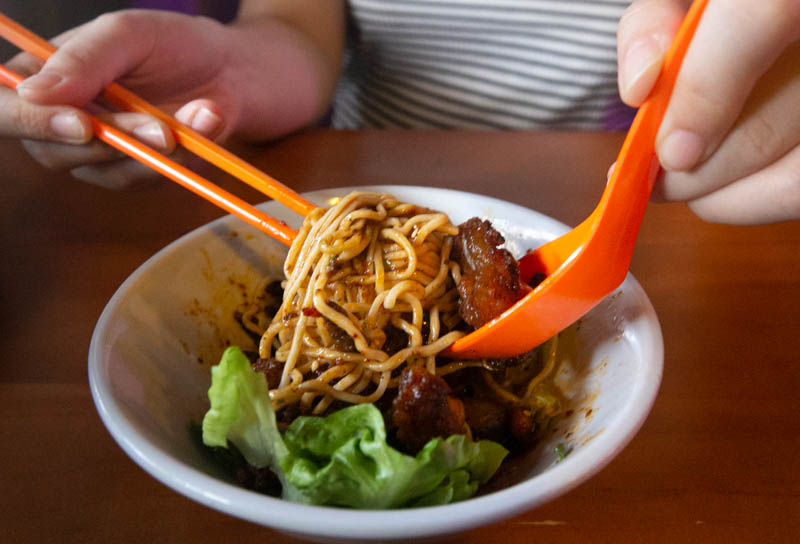 What sets it apart from your usual ma la stall is that the egg noodles are handmade in-house, giving it a fresh and springy quality. Unlike most ma la you’ll find, the spice leans slightly to the sour side, while remaining equally numbing and fragrant. 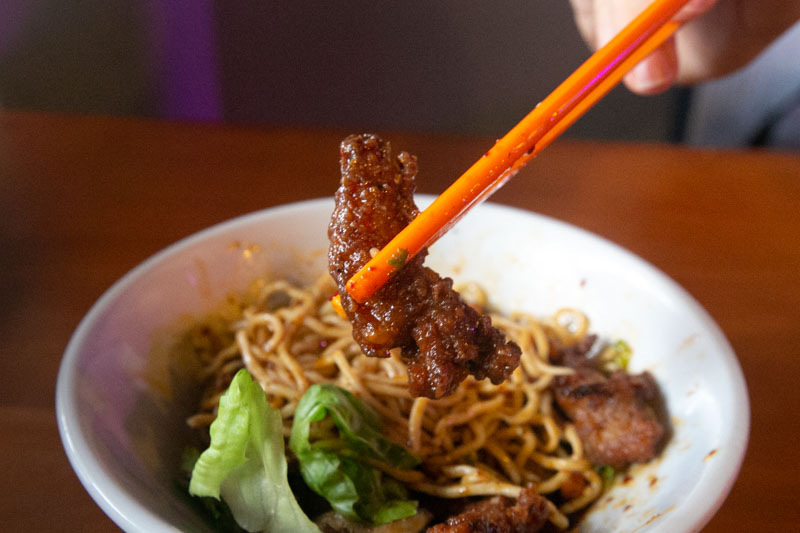 Diners have a choice between fried fish or pork balls to go with each order. 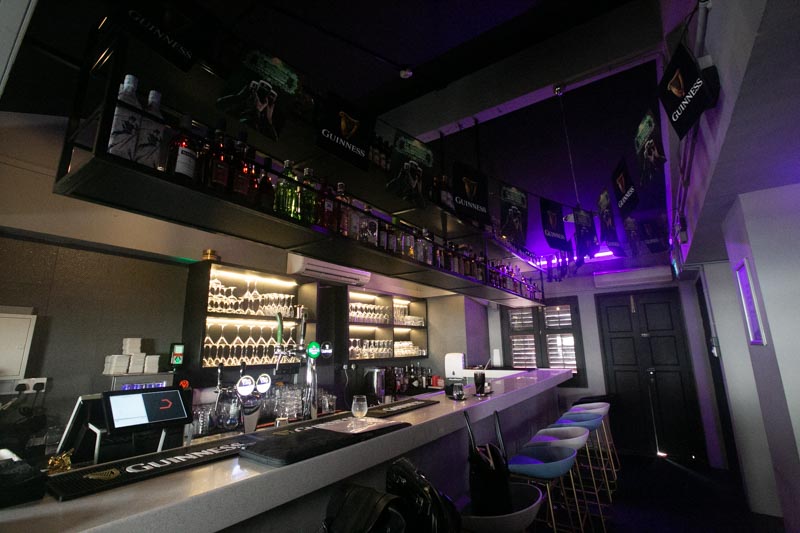 They are also going for a speakeasy concept for their rooftop bar, which opens from 5pm onwards, featuring a different set of delights altogether. Accessible from the somewhat hidden stairs on the first level, No Milk purveys a menu of European cuisine with an Asian twist.

You’ll often expect finger foods at a bar, but No Milk Rooftop Bistro offers a little more, such as their fresh, handmade pasta. I’ve experienced instances where attempts at fusion or mod-sin dishes fail miserably, where the combination of the two cuisines fall flat instead of complementing each other. Their Beef Rendang Pasta (S$16.80) rose to the occasion, being a fresh take on traditional rendang curry. 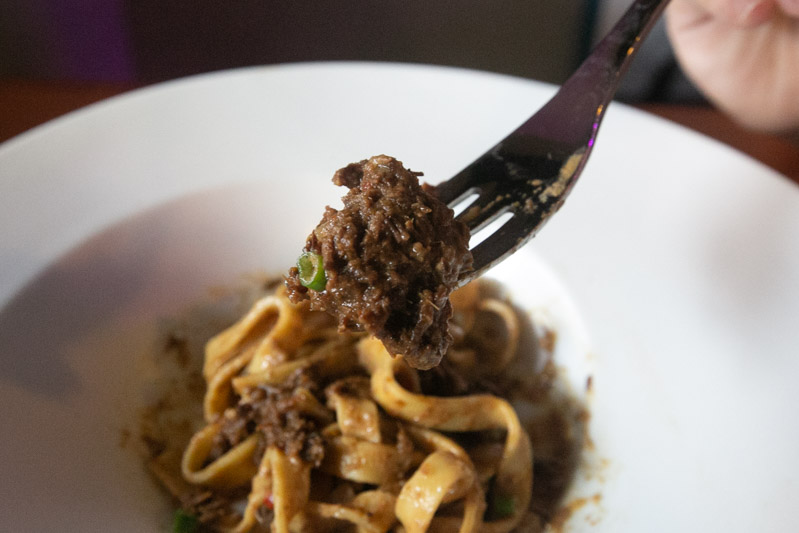 The soft and tender beef rendang was the result of cooking it for 12 hours. Lightly spiced, the flavourful beef rendang was definitely a successful pairing with their freshly-made tagliatelle.

The Thai Red Curry Pasta (S$18.80) could be something you’ll want to opt for if you’re craving something creamier. For something closer to bar food, they have a selection of meats like their Black Char Siu (S$6.90) and Grilled Pork Belly (S$6.90). If you’ve had the black char siew at Alexandra Village food centre before, you’ll know what the fuss is about. Slightly sweet with a good smoky char, their Black Char Siu went very well with the accompanying chilli dip. I personally preferred the Grilled Pork Belly which reminded me very much of satay.

The food was overall enjoyable, but sadly I’m not entirely sold about their signature fish soup. Yet, I suppose this is a case of personal preference. Their generous portion and use of fresh ingredients was definitely commendable and would be a satisfying bowl for those who prefer lighter flavours. 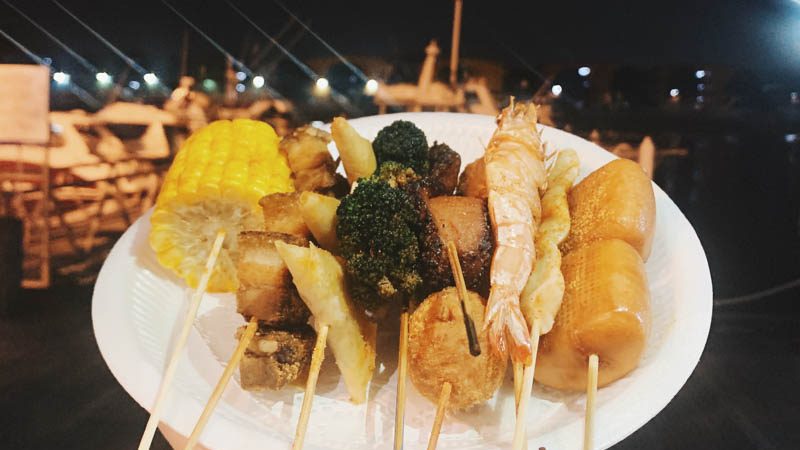