If you’ve eaten these 18 snacks in Singapore, kids call you ‘Uncle’ or ‘Auntie’ now

I was born in the 80s and pretty much ate all these snacks as a kid in the 90s. Some of these snacks can still be found in Singapore, while others are well, extinct already.

If like me you have eaten any of these 18 childhood snacks before, chances are that kids today are calling you ‘uncle’ or ‘auntie’ already. I know that’s what they call me. A hit for generations, a coloured meringue icing sits atop this simple iced gem biscuit. Most famously manufactured by Khong Guan biscuits locally, but is actually popular in many parts of the world. Who remembers those who would love to only eat the icing and leave the biscuits behind? This old school tutu kueh packed with shredded coconut or peanut took forever to make as it’s steamed upon order, but it was always worth the wait. They used to sell buttercream cake at every neighbourhood bakery before the likes of Breadtalk and atas bakeries took over. Yes, that creamy milk candy with the edible wrapper (made from sticky rice). Marketed as “Seven white rabbit candies are equivalent to one glass of milk”, a whole generation hence grow up eating sweets for calcium. This Chinese snack is made from the Chinese Hawthorn and packed into cylinder paper wrappings. Haw flake candy was given to children as it was traditionally thought to be able to deworm digestive parasites. This pseudo-Doraemon ripoff of chocolate got us more excited because of the little toy inside rather than the actual chocolate balls. Hiro moist sponge cake with a chocolate coating was a most coveted treat for many of us growing up. In fact, we loved it so much in primary school, we insisted we buy it almost every day as an after-school snack. Us current ‘uncles’ loved pretending to have cool tattoos by slapping on these fake water-activated temporary ones that always came with this brand of bubble gum. Some were harder to wash off than others. These frozen sugary ice lollies used to go for just 10 cents a pop in school. Perfect for beating the tropical heat in sunny Singapore and also one of the epitome snacks for any Singaporean childhood. Each coloured jelly supposedly had its own flavour, but now that I think about it as an adult, all the jellies probably tasted the same. But as a kid, a sugary snack satisfies us all the same. Cute potato starch wheels (probably more starch than potato) that we loved to snack on as kids. 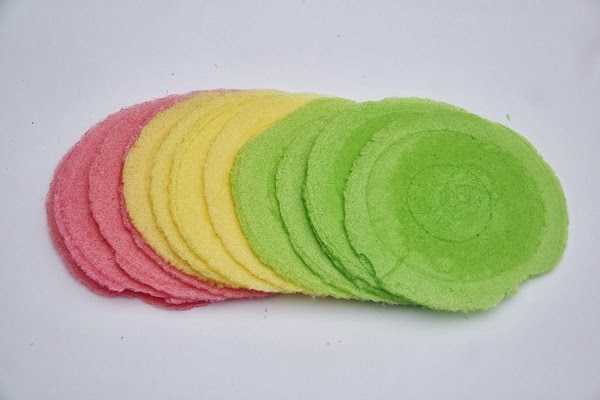 Light, colourful, and oh-so-easy to crumble to pieces like my broken dreams. These thin wafers just melt in your mouth upon contact (and ‘lao hong‘ very easily). In Singapore, we mostly saw the Regular and Honey Lemon flavour Hacks which we ate to soothe our sore throats. The commercial slogan still sticks in my head after all these years. Childhood trauma? These small addictive egg balls melt into a puddle of heaven. You don’t just stop at one. Before we even knew what gourmet chocolates were, there existed Apollo chocolate wafers from Malaysia in small red packets of joy. The poor Asian boy’s version of M&Ms which kinda tasted like the real thing anyway. Normally comes in a figure eight pack. Choki is supposed to be a chocolate spread for bread, but I find the same pleasure in just squeezing this delicious chocolate straight into my mouth. Then perhaps some bread on the side.

What other childhood snacks do you recall that are hard to come by these days?